Village Life - The great magazine that was 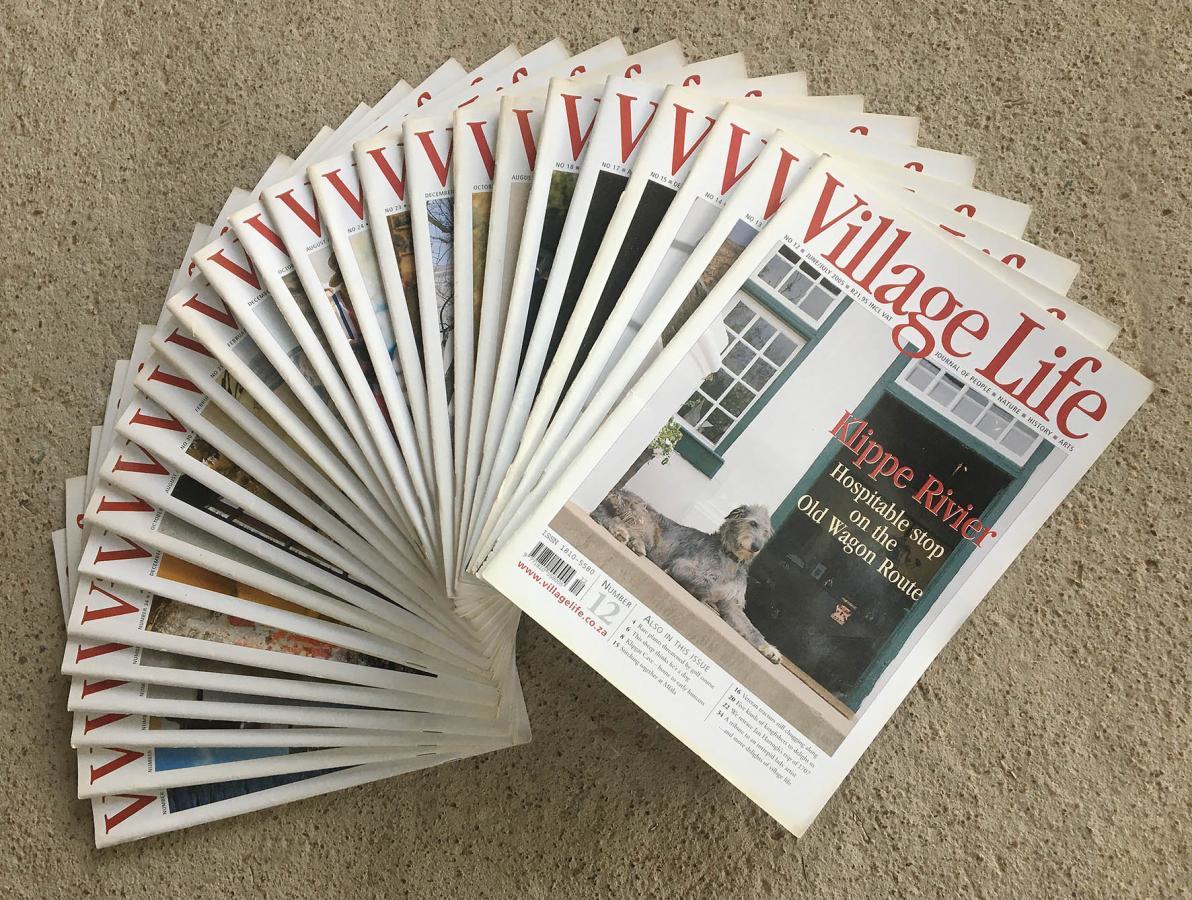 With the demise of so many magazines during the Covid-19 pandemic, it brought to mind one which sadly disappeared a decade ago this month, Village Life.

Beginning life (sorry) as a community newspaper in Stanford in the Cape, it quickly expanded to the surrounding towns, then the Overberg region, when Annalize and Maré Mouton took over. It subsequently became a very respected and useful glossy magazine. 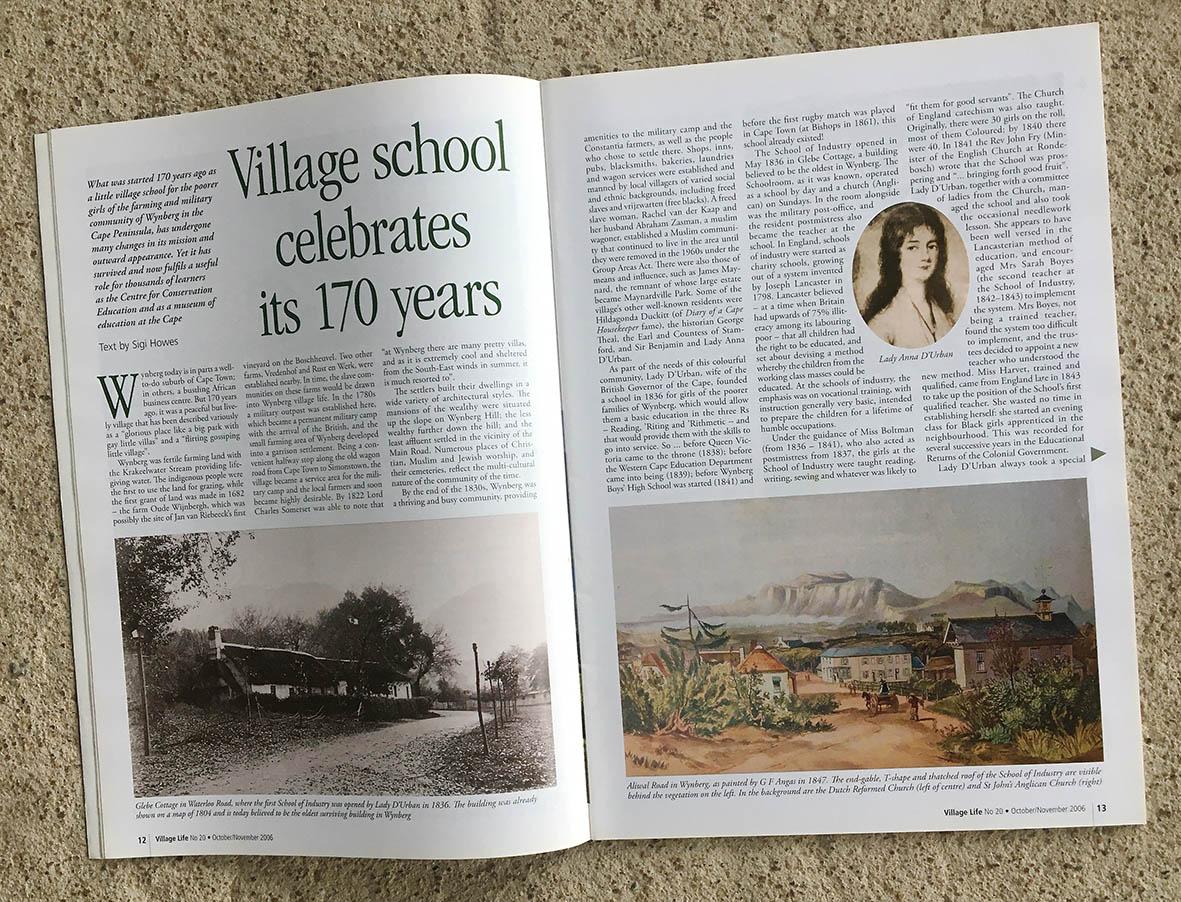 A feature story in the respected magazine

Even though the subject matter purported to be ‘People, Nature, History and Arts’ it was the aspect of heritage that most attracted me. Amongst many articles I specifically remember were those about The Archives, Jan Harmsgat, Taung archaeological site, Coenradenburg here in the Sandveld, the Old Cape wagon Route and villages like Calitzdorp, Howick, Loxton . . . with contributions by those still active today, such as Carol Hardijer and Sigi Howes.

Sadly, as a stand alone publication and not part of a large media group, the magazine struggled to grow its circulation, despite its high quality production values. The inevitable end approached leaving a dedicated following without the continuing regular well researched and written inspiration.

George Hofmeyr, former Director of the National Monuments Council stated, “Village Life seems to find a good balance between high academic standards on the one hand and stimulating reading matter on the other”. A fitting tribute. 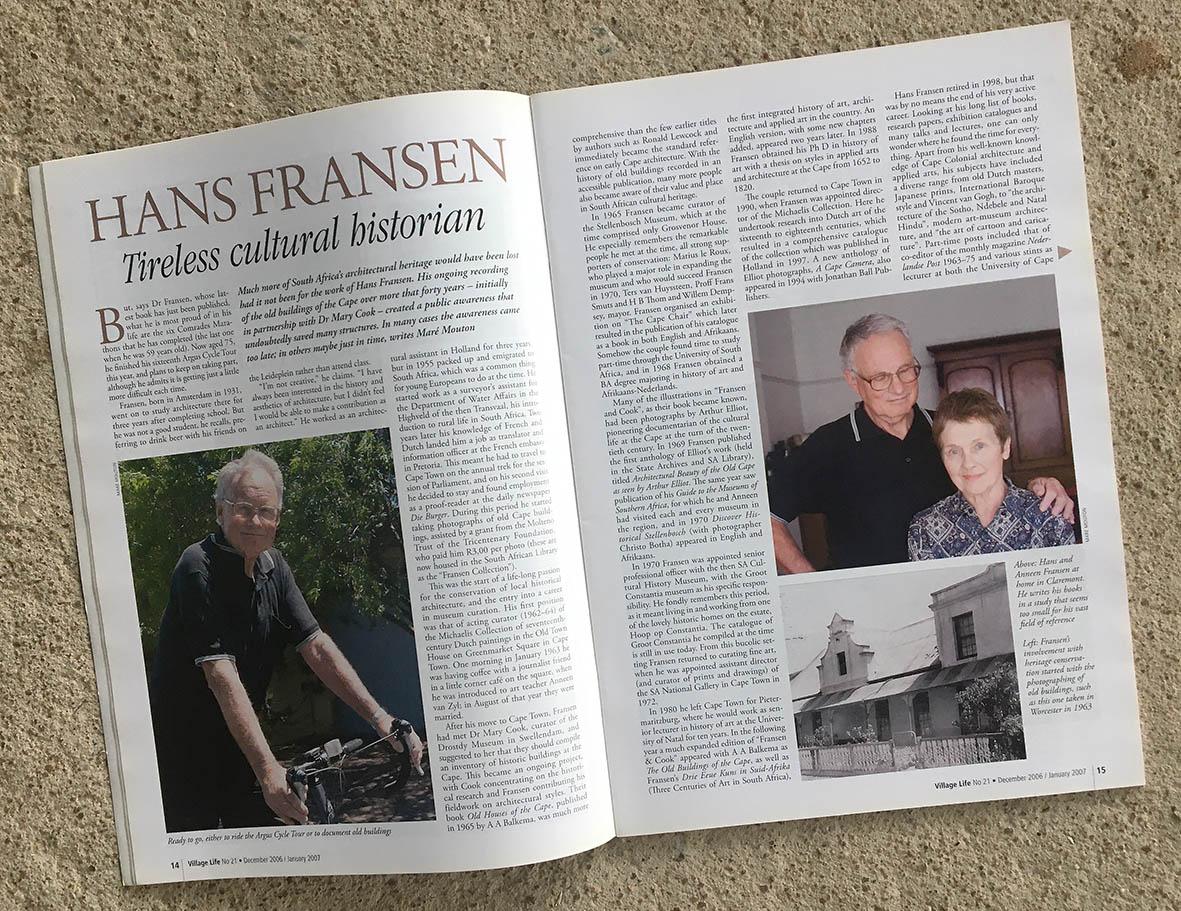 Profile on Hans Fransen that appeared in the magazine

Village Life went on to produce a book too, Stanford 150 : Portrait of a Village, which included over 500 portraits, some of which have travelled the world, and launched with an exhibition.

Stanford 150 - Portrait of a Village.jpg 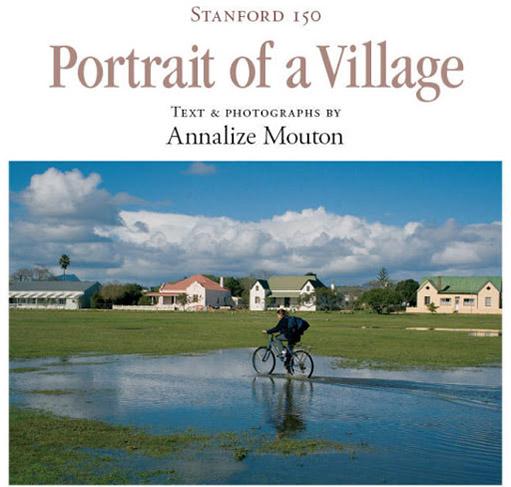 I once had the pleasure of very briefly meeting Annalize Mouton, at an annual symposium of the Heritage Association of South Africa in Prince Albert. After a very impassioned talk she gave I introduced myself, and stated that her speech had moved me so much that I had felt as if I could give her a hug. “Do it now”, she retorted. And I did.

References to the magazine are still to be found at: https://villagelife.co.za