The Pioneers: Hunter-Gatherer Communities of the Magaliesberg Region 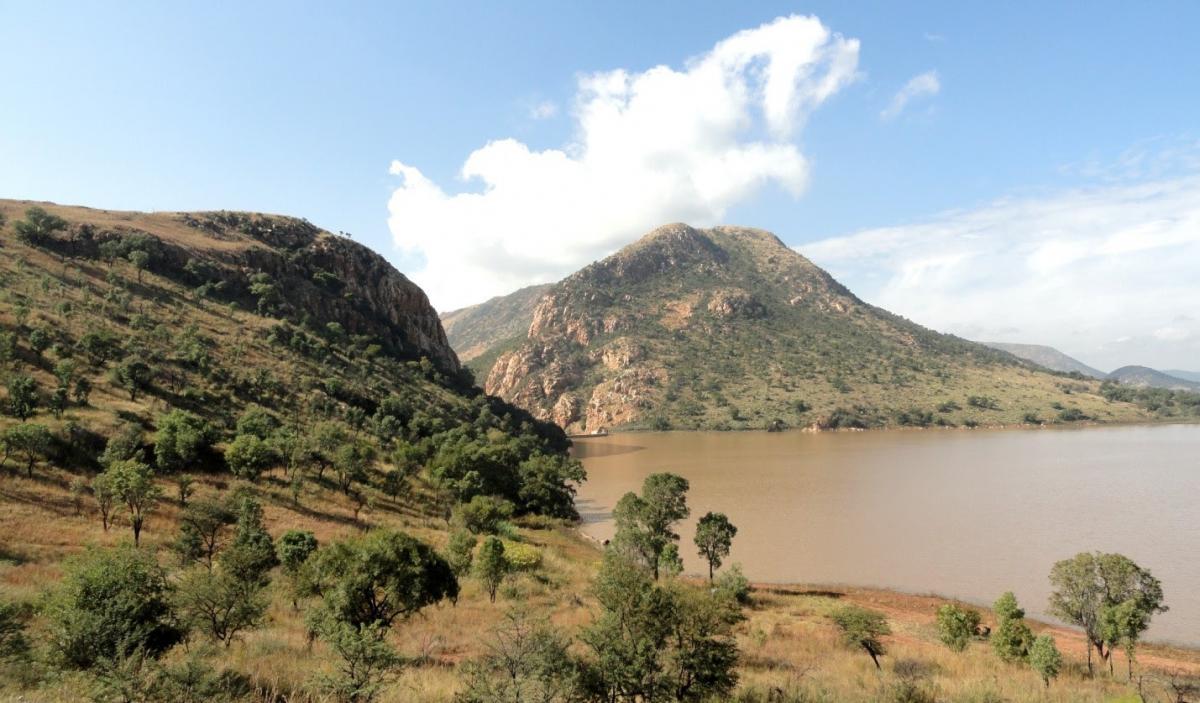 It is unknown when exactly human beings first arrived in the Magaliesberg, but stone tools from the area date back hundreds of thousands of years. There are, however, three important archaeological sites in the Magaliesberg where radio-carbon dating has revealed fascinating evidence of the way early occupants lived at least 6 000 years ago. These sites are Kruger Cave, west of Olifantspoort (excavated by Prof Revil Mason - see main image), and Jubilee Shelter and Cave James, east of Silkaatsnek (excavated by Prof Lyn Wadley). All of these sites are extremely vulnerable to damage, and for this reason their exact locations are not disclosed.

The research of Professors Mason and Wadley, and other archaeologists, has shed significant light on the way of life of these people who lived in the Magaliesberg region thousands of years ago. They grew no crops and kept no livestock. They relied entirely on hunting of wild animals and gathering of edible parts of wild plants for their food. These Magaliesberg hunter-gatherers have often been referred to as "San", "Bushmen" or "Khoisan",  but for various reasons, all of these terms are problematic. The reality is that we simply do not know what these people called themselves, or what they were called by other people who moved into the area later on. The term "hunter-gatherers" works well as a description which is closely tied to the way that they lived.

The excavation of Kruger Cave by Prof Mason yielded large numbers of small, finely worked stone blades, which are typical of late stone age sites. Also found at Kruger Cave were bone arrow points and link shafts (see Mason p. 9). The men who lived at Kruger Cave had become experts in using bows and arrows to hunt wild animals. The arrow points were coated with poison, probably derived from snake venom, the larvae of a particular kind of beetle, and the sap of euphorbia trees (the naboom) commonly found on the northern slopes of the Magaliesberg. The link shaft which connected the arrow point to the arrow shaft (made from a thin reed) ensured that the point would remain embedded in the animal, even if it managed to dislodge the rest of the arrow.

The women of the community spent much time gathering food such as honey, fruit and other edible parts of plants. They were also involved in the manufacture of ostrich eggshell beads, to be strung for ornamentation on necklaces made of animal sinew. A hole would be bored into a piece of ostrich eggshell with a stone point, and the edges would then be smoothed by rubbing against a stone, so that the finished bead was a circular disk. Large numbers of pieces of ostrich eggshell, in various stages of manufacture, were found in Kruger Cave and in Jubilee Shelter.

Ostrich eggshell beads in various stages of manufacture, with the finished article on the right (photo from Mason, Kruger Cave p. 145)

Prof Wadley also found evidence in her excavations of three stages in the relationship of hunter-gatherer communities to early iron age "agro-pastoralists" (i.e. the people who moved into the Magaliesberg in about 225 AD, and unlike the hunter-gatherers, grew crops and kept livestock). Prof Wadley describes these three phases as the "pre-contact period", "early iron age contact period", and "late iron age contact period" (See Wadley 1995, pp. 206-214). The "pre-contact period" describes the time before agro-pastoralists arrived in the Magaliesberg region, during which hunter-gatherers engaged in their traditional pattern of autumn / winter aggregation and spring / summer dispersal.

The last phase was the "late iron age contact period". This was a period of increased competition between hunter-gatherers and agro-pastoralists, due to greater population density, overgrazing, and increased scarcity of resources (Wadley 1995, p. 216). By the end of this period, hunter-gatherers had disappeared completely from the Magaliesberg region. They may to some extent have been assimilated into iron age communities (there is evidence of intermarriage), but it is also likely that increased competition with agro-pastoralists led to hunter-gatherers moving into less densely populated regions of southern Africa (see Wadley 1995, p. 205).

There is one final aspect of the period of hunter-gatherer presence in the Magaliesberg region which must be mentioned. This aspect is their production of remarkable rock engravings (petroglyphs). The fine-grained diabase rock found in the valley just south of the Magaliesberg was the ideal material for making these engravings (Carruthers 2014, p. 201). When the weathered brown surface of the diabase is carved away, the dark grey of the unweathered rock below appears. Many of the rock engravings produced by hunter-gatherers depict wild animals so realistically that the species can easily be identified (Carruthers 2014, p. 201).

The research of scholars like David Lewis-Williams indicates that there was a strong religious significance to these rock engravings by hunter-gatherers. It is likely that they saw the rock engravings as gateways from the physical world to a "mystical world populated by the spirits that control rain, game movements and other processes essential to life" (Carruthers 2014, p. 202). Producing a rock engraving of a particular kind of animal was probably seen as a way of improving the chances of a successful hunt of that animal.

Magaliesberg rock engraving of an antelope via Andre Wedepohl.jpg 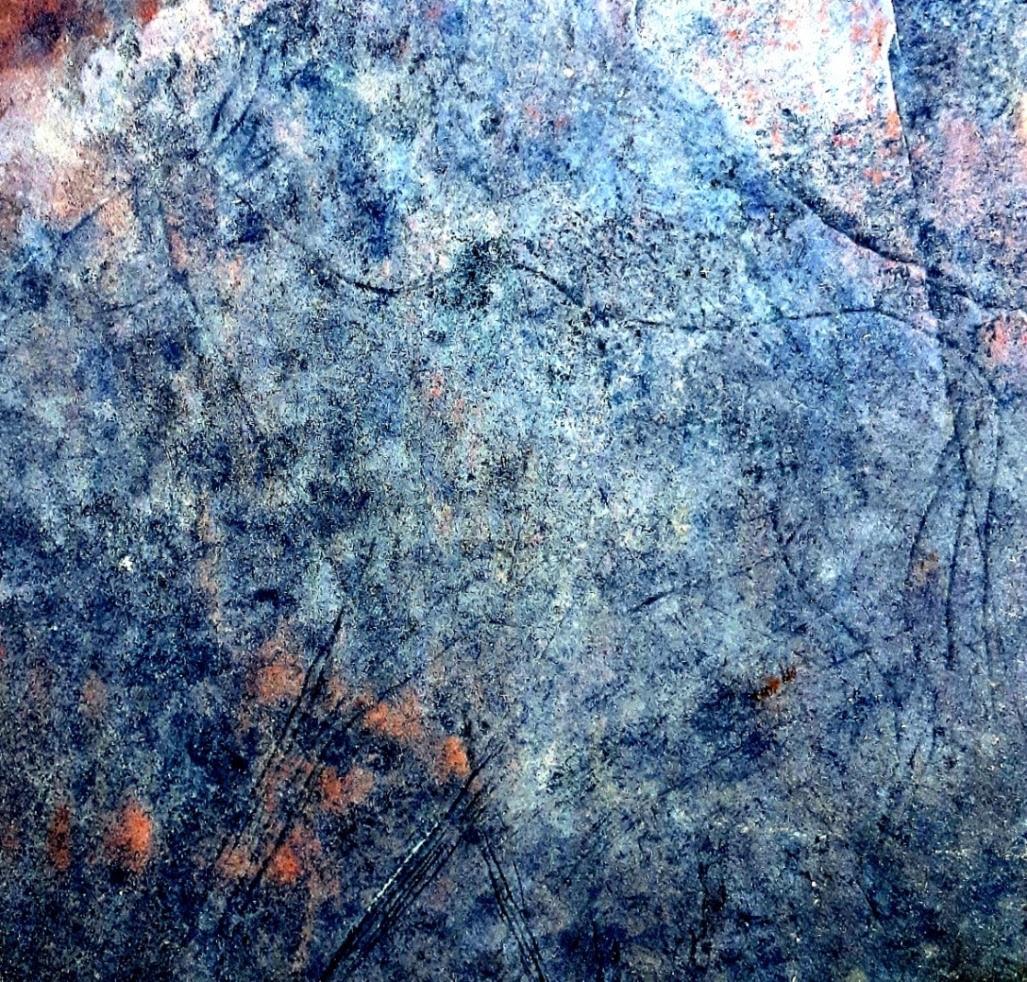 Magaliesberg rock engraving of an antelope, probably a hartebeest. Contrast in this photo has been increased to improve visibility of the engraving.

Despite these rock engravings being protected archaeological artefacts, many of them have unfortunately been illegally removed. In the early 1960s, a decision was taken to remove some of the rock engravings to a place where they would be protected from theft. They may now be viewed by appointment at the Rock Art Research Institute of Wits University. The locations of the rock engravings that remain in the Magaliesberg are carefully protected. Some may be visited on guided hikes at Askari Game Lodge.

In conclusion, we may say that the Magaliesberg hunter-gatherers were true pioneers, who left real but tantalisingly little evidence of their lengthy stay in the region. The evidence that does remain provides fascinating insights into their way of life, and the different stages of their relationship with those who came after them.

About the author: Andre Wedepohl's passion is South African history. He is particularly interested in the rich and complex history of the Magaliesberg region. Andre is on the steering committee of the Magaliesberg Association for Culture & Heritage (MACH), and is also a member of the Mountain Club of South Africa and of the Military History Society. He regularly leads guided walks for the Mountain Club and the Johannesburg Hiking Club, during which historically significant places in the Magaliesberg are visited. Andre has also given talks on various aspects of South African history for other organisations, including the Magaliesburg Historical Society and the Maropeng Visitor Centre.