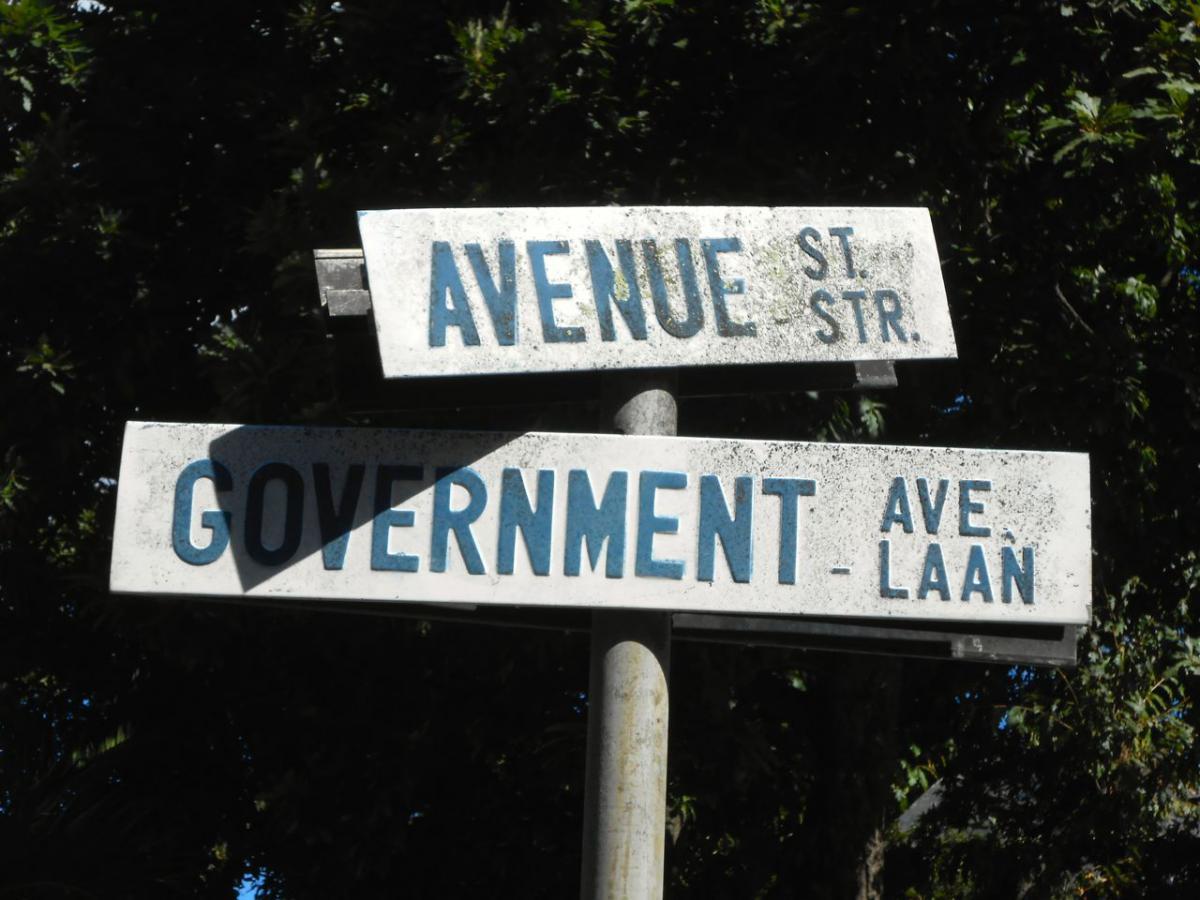 In 1983 J. G. Brand, City Engineer of Cape Town, penned this brief article about Government Avenue, the oldest pedestrian thoroughfare in South Africa. The piece appeared in the 1983 edition of Restorica, the journal of the Simon van der Stel Foundation (today the Heritage Association of South Africa). Thank you to the University of Pretoria (copyright holders) for giving us permission to publish.

When Simon van der Stel arrived in 1679 he took an immediate interest in the Company's Garden and set about refashioning it. During the re-development he made the central walk broader than it had been previously, thus dividing the Garden into two distinct halves and establishing the Avenue we know today. Before the planting of the English oak, Quercus robur, the Avenue had been planted with several other tree species, including lemon and orange. Oaks were first planted either in van der Stel 's time or shortly thereafter. Although some of the oaks in the Avenue appear ancient it is most unlikely that any date back to his governorship.

Formerly the oaks planted were all Quercus robur, but because of the seasonal attack of mildew which causes them to deteriorate, it is now policy to use Quercus cerris, the Turkey oak, as a replacement tree. 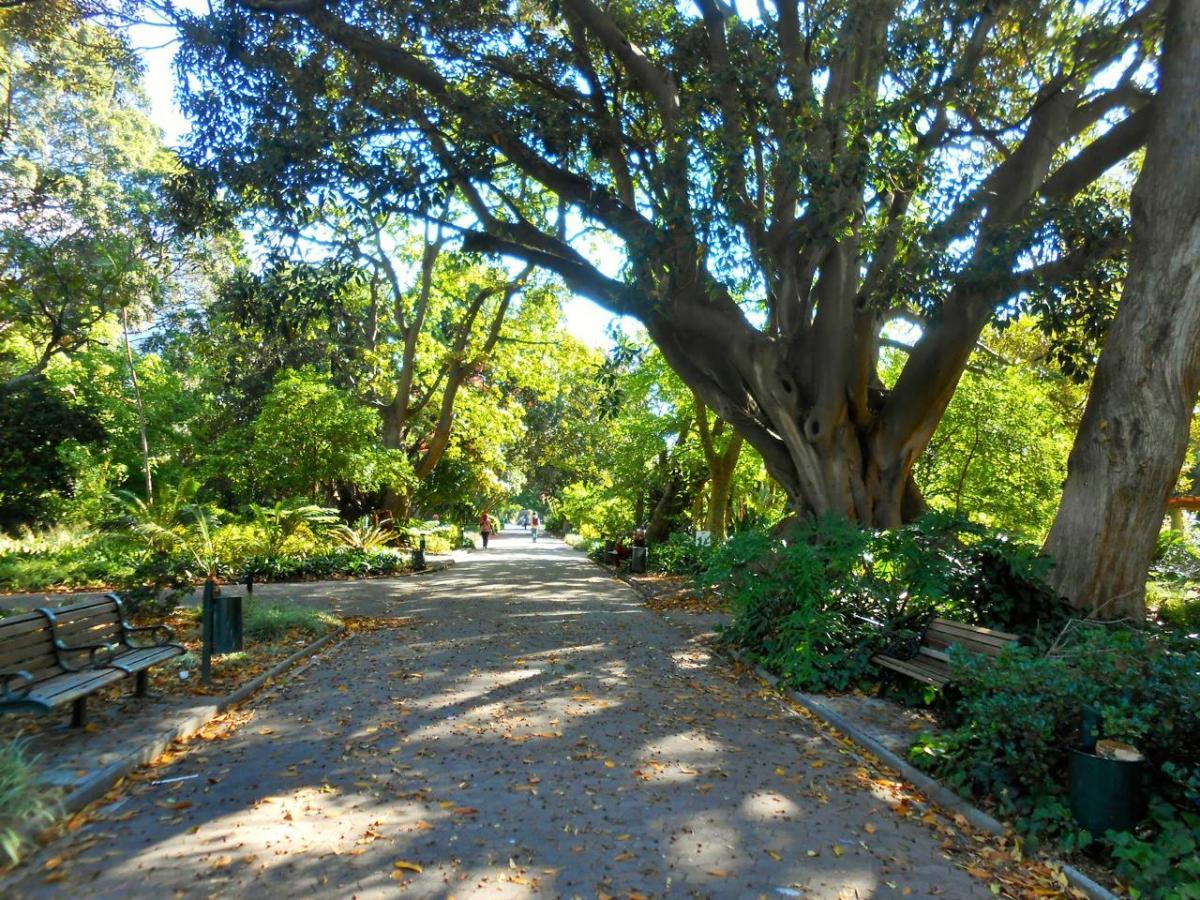 Originally the top of the Avenue did not continue straight through to exit in what is now Orange Street but instead the way was blocked by a menagerie which had been established by Willem Adriaan van der Stel. In 1804 the Avenue was extended right through, attaining its present length of 890m. The Beasts of Prey Park on the right (facing Orange Street) kept its original wall, but a new wall was built for the Bird and Antelope Park on the left. The original doorway leading to the Beasts of Prey enclosure was removed and the present gateway with its recumbent lionesses was erected. Louis Thibault was responsible for the planning and supervision of the work, Herman Schutte did the building and Anton Anreith the sculpture. 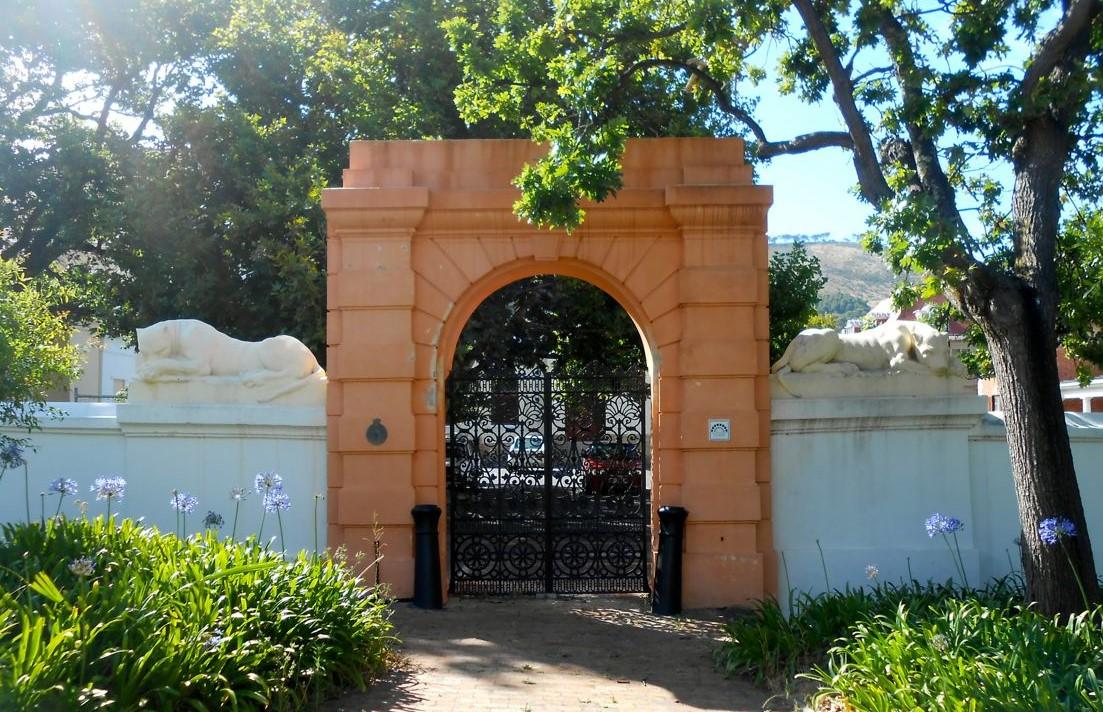 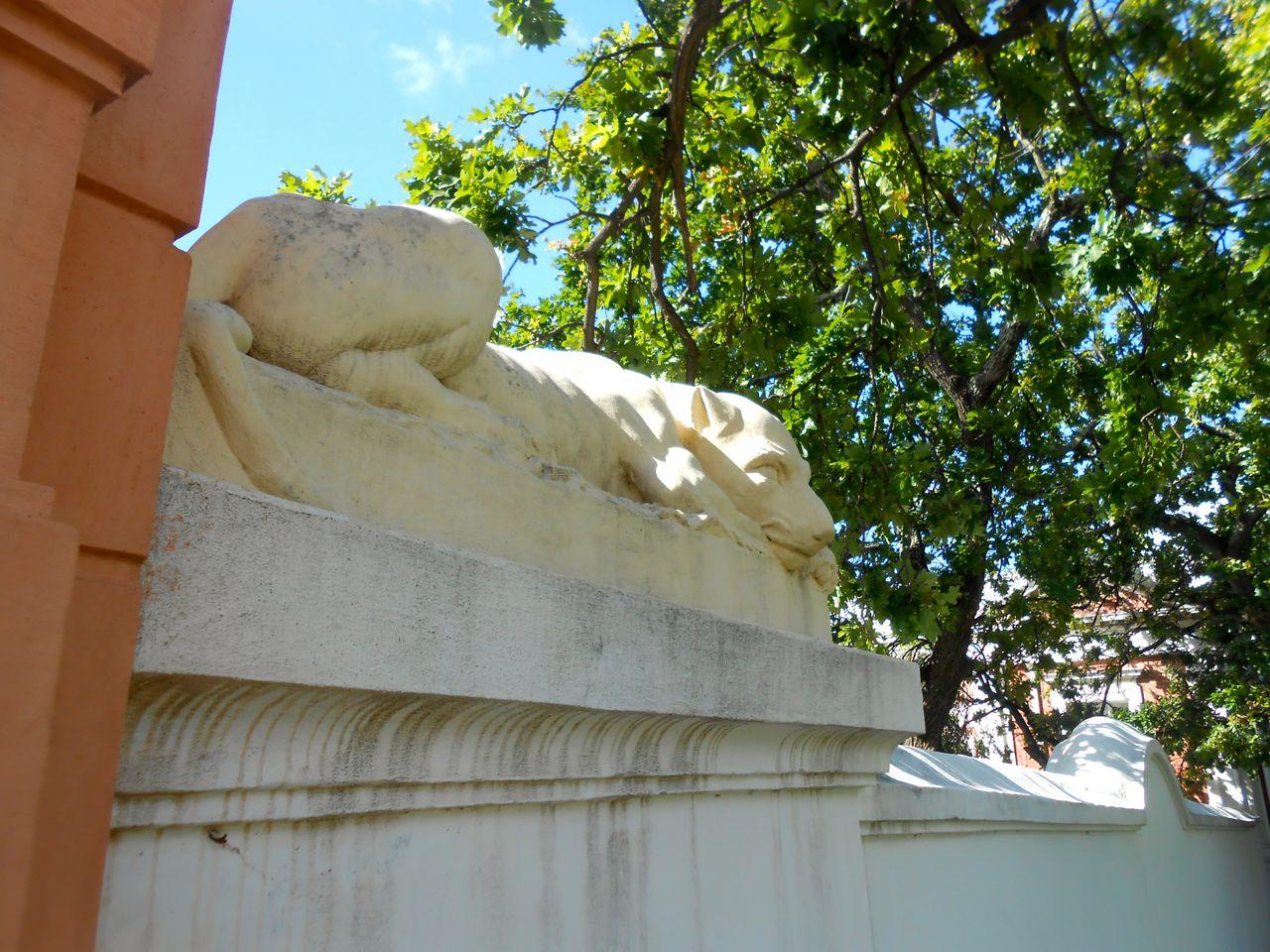 Close up of the lioness (The Heritage Portal)

Opposite this gateway is the other one erected at that time. Unfortunately the two lions Anreith sculptured on either side of this gateway were removed shortly before 1873. The gateway was recently restored, and replicas of Anreith 's lions are now in place. 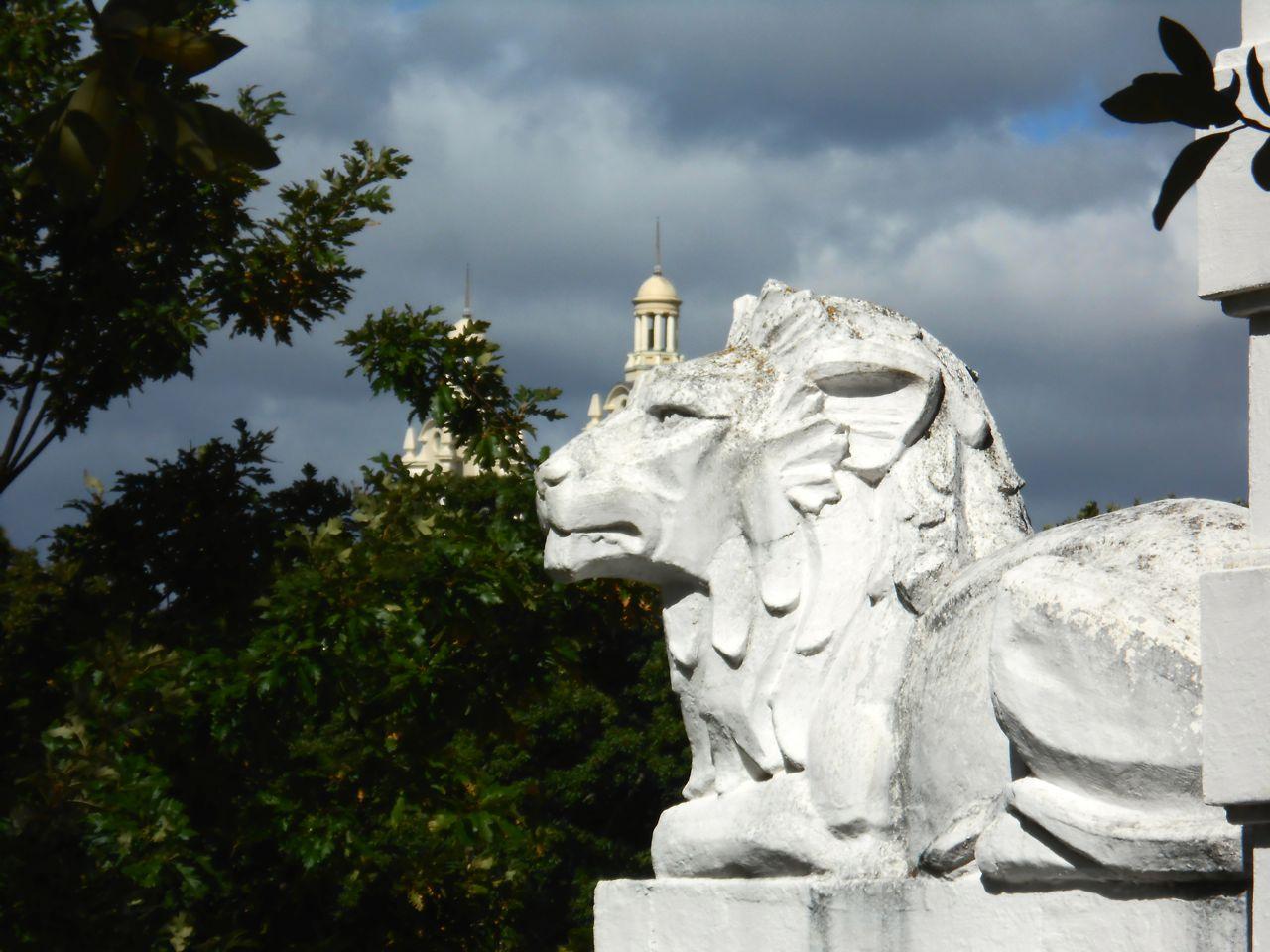 Also dating from Anreith 's time were four pillars, each bearing an urn. Two of these denoted entry into the avenue area which bordered the zoological garden and the other two demarked the exit from it. Three of these pillars remain but the urns have been broken off. There was also a gateway at the Orange Street end of the Avenue, a part of which still remains. A bridge which spanned a stream just outside the gateway as well as a guard house facing it have long since disappeared.

The Adderley Street entrance also had a fine gateway and guardhouse probably built in 1787 or 1788. Thibault did the design and Anreith was thought to have executed the ornamentation. Both have been demolished, the gateway in 1832 or 1833 and the guardhouse probably not before 1845.

The Avenue is a major access route to the city, about three thousand persons, mostly resident in the suburbs of Tamboerskloof and Vredehoek, walk through it to work every day. Government Avenue was proclaimed a National Monument in 1937 (click here to view SAHRIS entry). At that time it had a gravel surface. In the mid-1960s, a cement-treated gravel surface was laid. More recently, part has been laid with interlocking concrete blocks, and the whole length will shortly be similarly resurfaced.

The assistance in the preparation of this article of Mr F.A. Roelofse, Director of Parks and Forests, City Engineer's Department, is gratefully acknowledged. 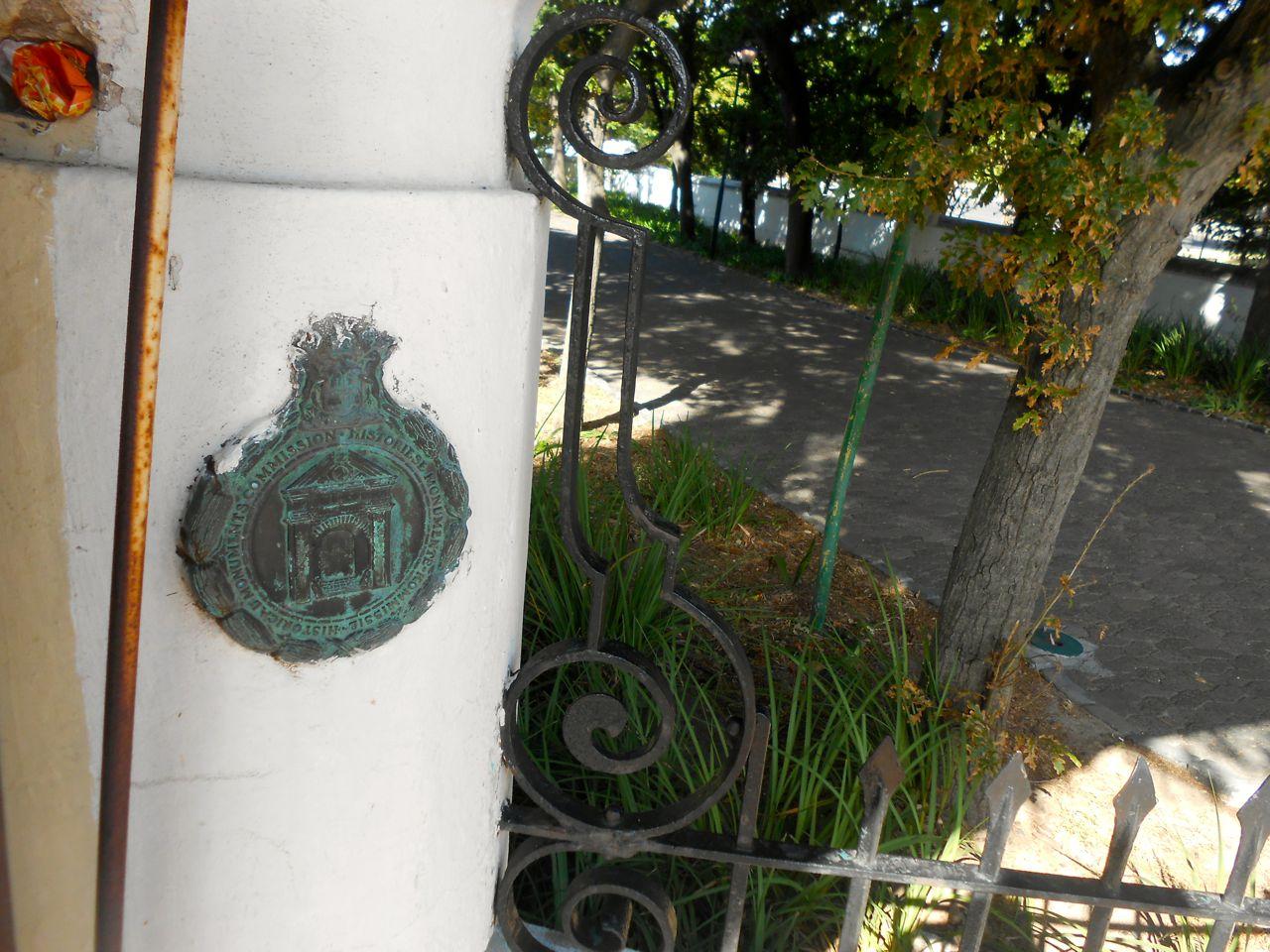