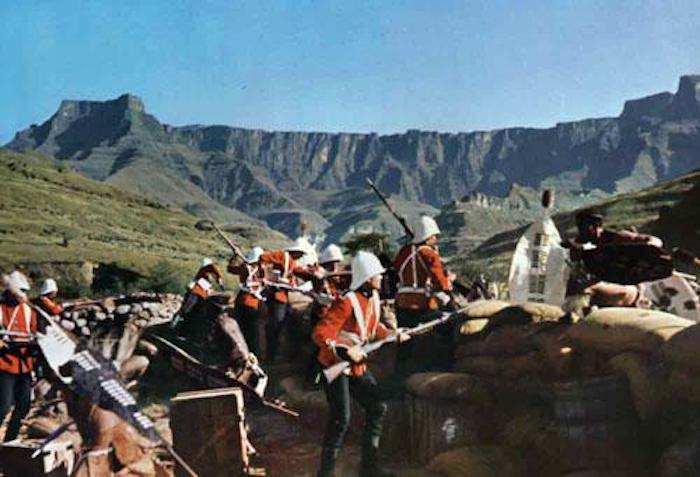 A documentary currently in the making will take a fresh look at the shooting of a classic film made in KwaZulu-Natal in the Sixties. And the producers are appealing for help. Stephen Coan reports.

Plans are afoot for the shooting of a feature length documentary Zulu and the Zulus in KwaZulu-Natal next year.

The documentary is a long nurtured project by filmmaker Henry Coleman, a South African now based in London. The film focuses on the making of the classic film Zulu shot in 1963 against the spectacular backdrop of the Drakensberg Amphitheatre in the Royal Natal National Park. The film spectacularly recreated the defence of Rorke's Drift that took place during the Anglo-Zulu War of 1879 when a small number of British troops held out against a superior Zulu force following the overwhelming Zulu victory at Isandlwana.

On its release in 1964 Zulu was a huge hit while repeated screenings on British television over the years have spurred ongoing generations of tourists to visit KwaZulu-Natal. “It is a regular favourite on British television and hardly off the screen,” said Coleman. “A couple of years ago it was screened 22 times in a month on one channel.” 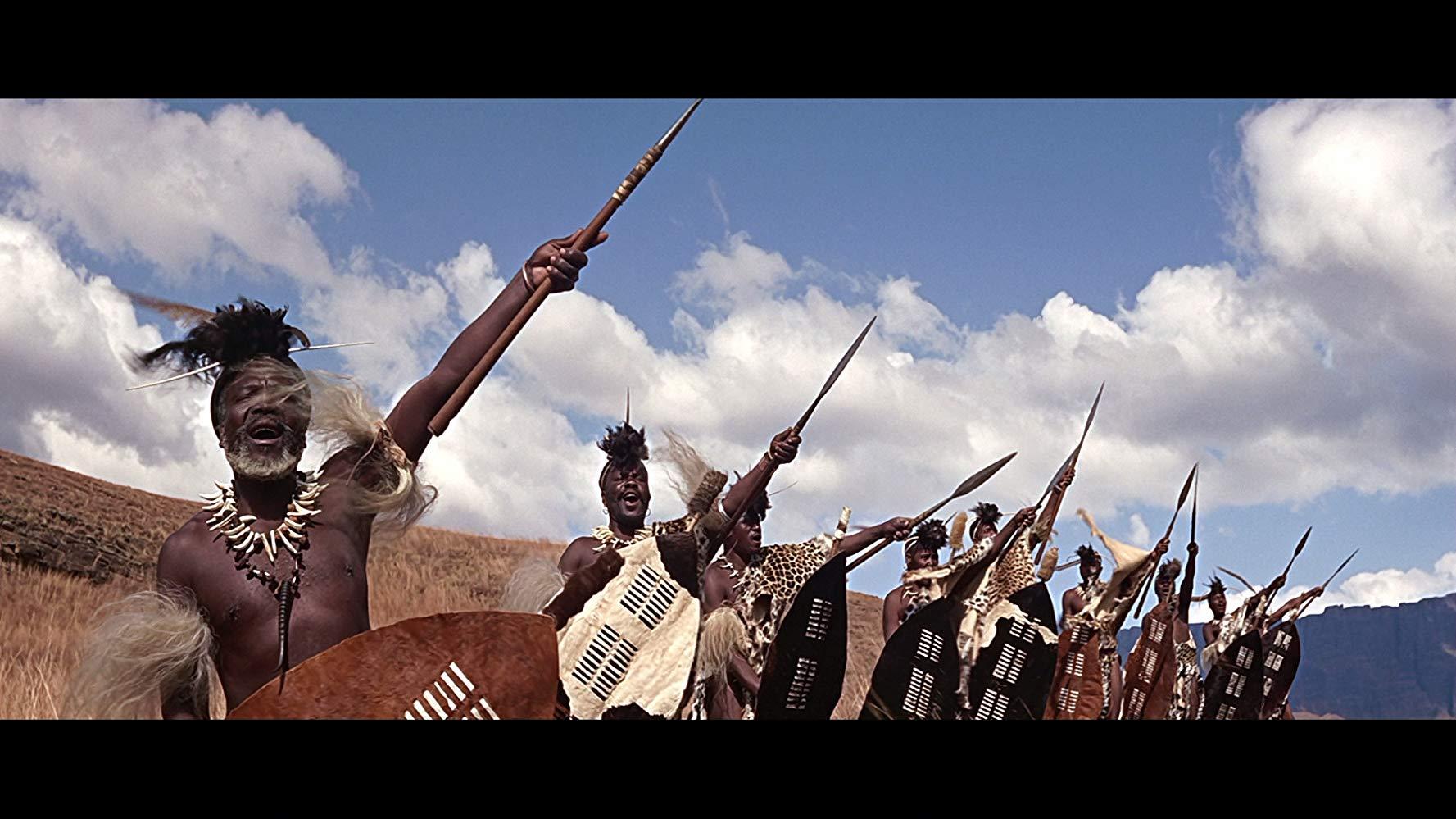 Coleman’s fascination with Zulu began as a boy back in 1979 when his father took him and his brothers to visit the Anglo-Zulu War battlefields. “After returning home I started hiring Zulu on 16mm regularly,” said Coleman. “I probably screened it four times a year on my 16mm projector sometimes to friends and family, sometimes just for myself.”

Since then Coleman has finessed his interest into an exhibition on Zulu in 2010 at the London Film Museum which featured many rare items, including the original storyboards, script, unpublished photographs taken on set, as well as props, costume, production notes and posters from all over the world.

In 2014 to mark the fiftieth anniversary of Zulu’s 1964 release, Coleman organised a charity gala screening of the film at the Odeon, Leicester Square attended by Prince Harry and Buthelezi. Now comes the documentary Zulu and the Zulus.

Coleman has managed to assemble some fascinating content including 26 minutes of never-seen-before footage shot during the making of Zulu which has been restored by a top post-production house in London. This footage not only features the film’s cast and crew on set but also includes the building of key sets on location as well as stunt work and battle scenes. “We have also found, and gained exclusive access to, another 40 minutes of colour home movie footage shot on set, giving us a unique insight into the production of Zulu.”

A frame from behind the scenes footage showing cinematograher Stephen Dade with the camera.jpg 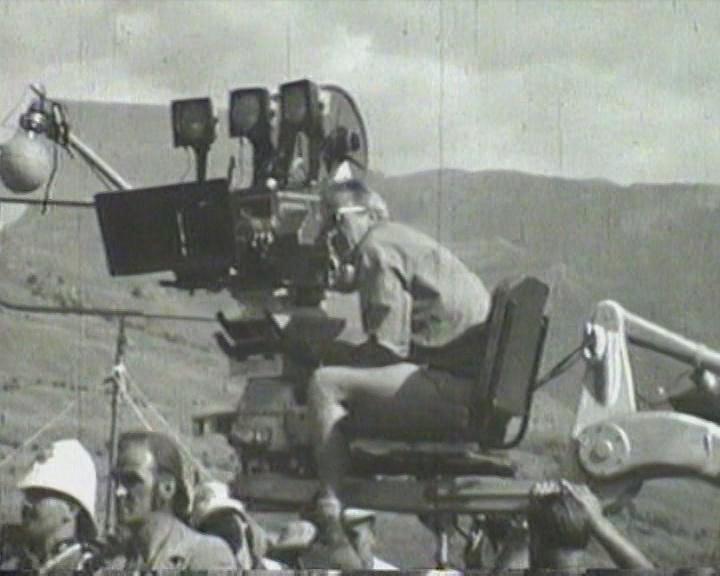 A frame from behind the scenes footage showing cinematograher Stephen Dade with the camera. Stanley Baker can be seen below.

Coleman will intercut this footage with new and existing interviews with cast and crew members. “I have interviewed two of the cast who have since passed away – Joe Powell who played Sergeant Windridge and Dickie Owen who played Corporal Schiess.”

Next year Coleman and producer Mark Tinkler will bring the behind-the-scenes footage to KwaZulu-Natal and screen it along with the feature film at various locations for people who appeared in Zulu as extras. “We will film the audience watching the film, interviewing them and drawing out their stories on the making of the film in 1963,” said Coleman. “Some of them saw the film and rushes at special screenings organised by star and producer Stanley Baker but many of them have never seen it since or indeed ever.” Under the apartheid government the censors barred black South Africans from seeing the film.

“I will be screening the original feature film to as many people as I can over a two-week period in the hope of hearing their stories, if they or their families were involved in the making of the film in 1963 – what was it like to work on such a big project? How were they treated by the production company? Had they seen the film before? And so on.”

A frame from behind the scenes footage showing the clapperboard ready for the first take of the filming of Zulu. Photo Supplied.jpg 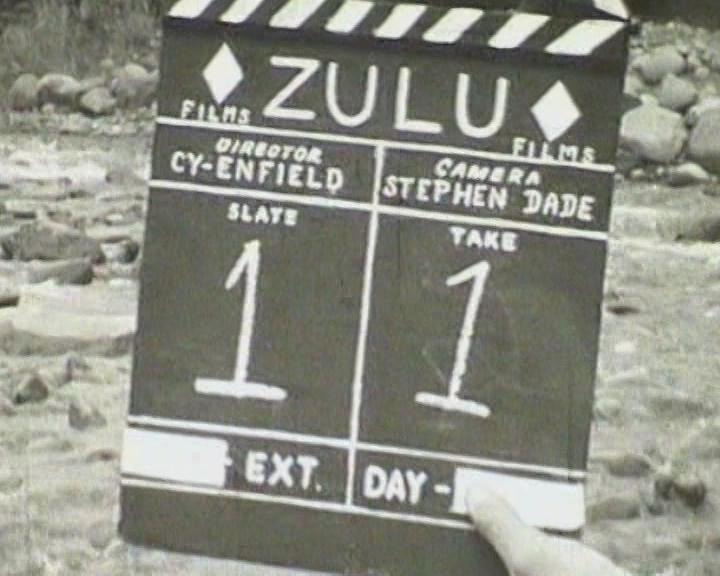 When last in South Africa Coleman screened this footage for Buthelezi who has given the project his blessing. “He was totally absorbed in the film and he spoke to me at length afterwards reminiscing on all aspects of the production. He agreed to help me find surviving Zulu cast members so we can interview them for the documentary.”

When the annual Simon “Mabhunu” Sabela Film Awards presented by the KwaZulu-Natal Film Commission were inaugurated in 2013 Buthelezi was honoured for the role he played in Zulu. In his acceptance speech Buthelezi recalled that Baker and Endfield were determined to portray the battle accurately and to do so employed hundreds of Zulus as extras. “The success of Zulu was due in large part to director Cy Endfield’s determination to accurately portray the pathos of the battlefield. To do this, he enlisted the help of thousands upon thousands of Zulu men who became extras.”

“It was remarkable at the time to engage so many extras. But what was more remarkable was that they were not emotionally removed from the work. Indeed, these men found themselves re-enacting the deeds of their own grandfathers. Somehow this drew the audience into what was, in the end, a very human experience."

“The memories evoked by the film were recent in our national consciousness. They were part of the cultural narrative we grew up with and part of what shaped us as a nation.”

Coleman and his crew are planning to come to South Africa during the first half of 2019. “We will be travelling all over KwaZulu-Natal looking for stories about the film from anyone who has them, as well as any objects, props, paperwork, photos, film - anything at all about the production they can share with us. If someone has a letter from the Zulu production office somewhere in a draw at home, we want to see it. We shall be visiting the location in the Royal National Park as well as the battlefields and towns and villages on the way. We are looking forward to meeting all the locals and hearing their stories.”

Zulu and the Zulus logo.jpg

If you have some connection with Zulu – either via direct involvement or that of a relative; have any artefacts, photographs or film related to Zulu – Henry Coleman, the director of Zulu and the Zulus would like to hear from you. He can be contacted via email at henry4film@aol.com. “Please put Zulu and the Zulus in the email subject line and describe what you have and attach photos if you can and I will get back to you within 24 hours.”

Click here to watch the promotional trailer for Zulu and the Zulus.

A short film made by Henry Coleman on the 50th Anniversary Royal Premiere in 2014 attended by Mangosuthu Buthelezi and Prince Harry can be viewed here.

Stephen Coan is a writer and journalist. He was honoured at the KwaZulu-Natal Film Commission’s inaugural Simon “Mabhunu” Sabela Film Awards in 2013 with an award for his articles in the Witness on feature films shot in KwaZulu-Natal from the silent era onwards.