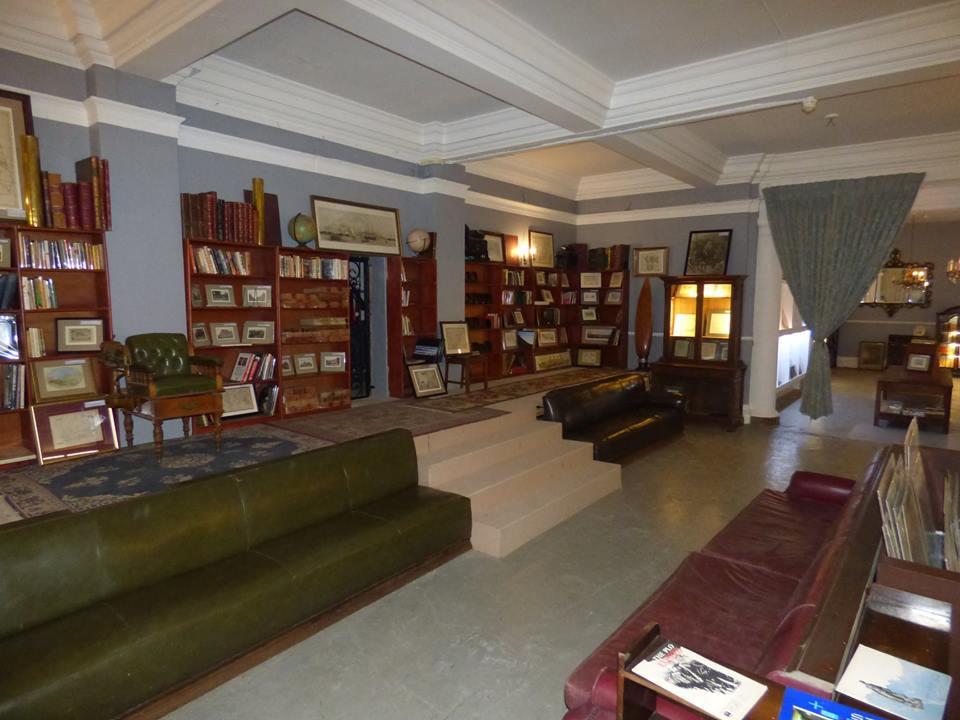 If you want to literally touch Johannesburg’s gold mining days, check in with James Findlay’s Collectable Books and Antique Maps store, recently re-located from his Saxonwold home to the basement of the Rand Club in the inner city.

The dignified old club is the perfect place for his collection of antique memorabilia. The grand Edwardian edifice is a bit of an antique itself: built in 1904, it was the third gentlemen’s club on the site and is rumoured to have been chosen by that now infamous capitalist and imperialist, Cecil John Rhodes. 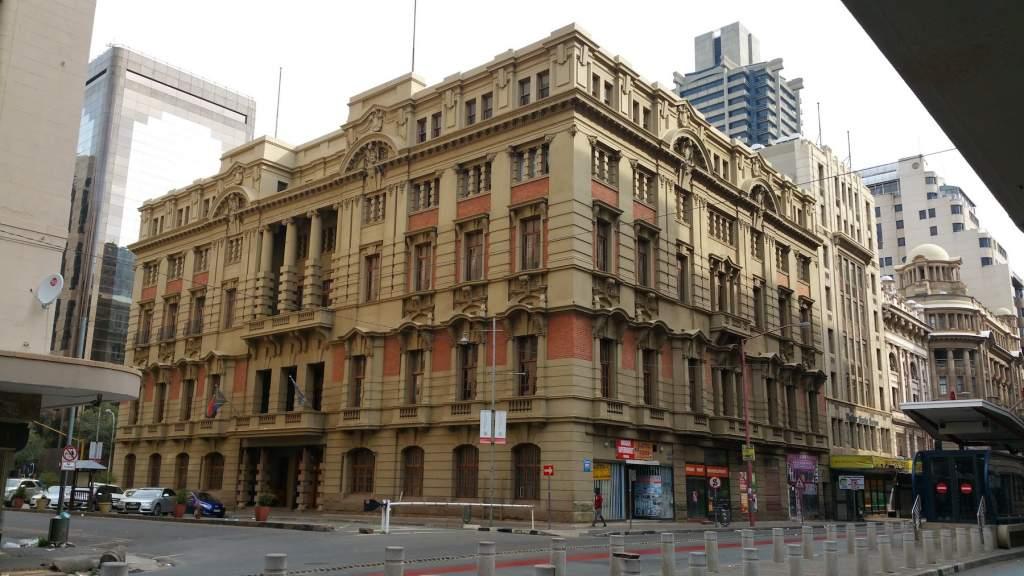 In this rarified atmosphere, Findlay gets to touch bygone eras every day. For instance, he owns an 1889 hand-rolled share certificate decorated with 24-carat rolled gold or gold leaf. He has 75 of these certificates for sale, so you can touch early Joburg as well.

“You are honouring what you admire by owning it,” he says, “you can own something beautiful; you see yourself in the items, you identify with the item.”

He’s moved into the spacious billiards room which was disused after being flooded five years ago, and has given it fresh energy. It’s a genteel space for a gentle, soft-spoken man. With grey concrete floor, its walls are now lined with bookshelves and display cases packed with books you just wanna take home and absorb, or cosy up on one of the long, olive green leather couches. On the blue-grey walls are maps and botanicals prints, with lamps to provide subtle lighting. Several columns, moulded ceiling borders and chandeliers complete the feel, blending in perfectly with the elegant interiors in the floors above. 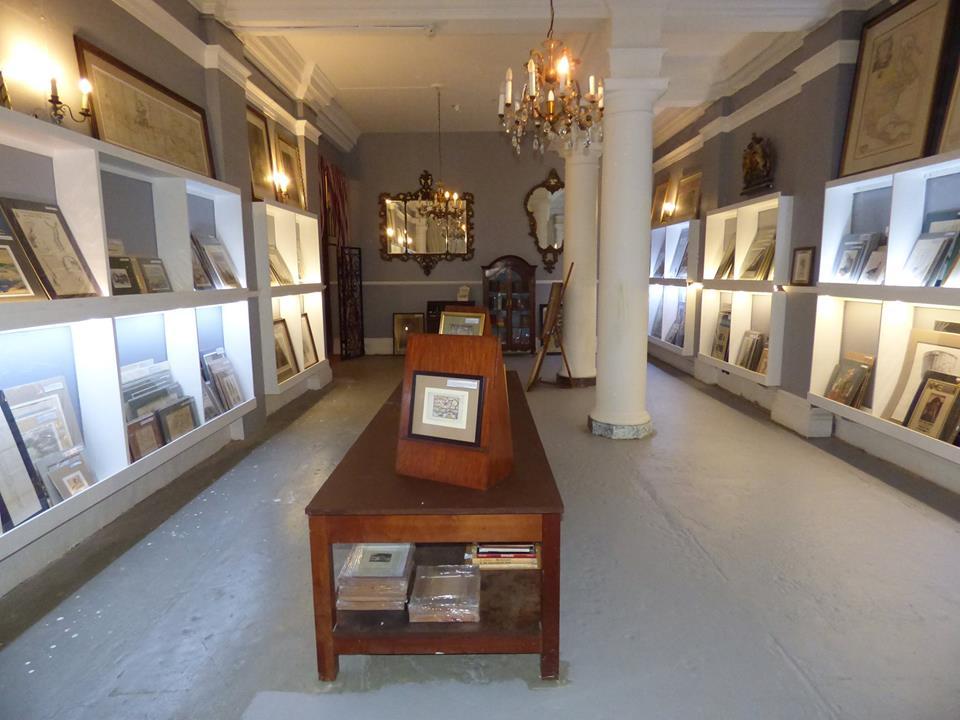 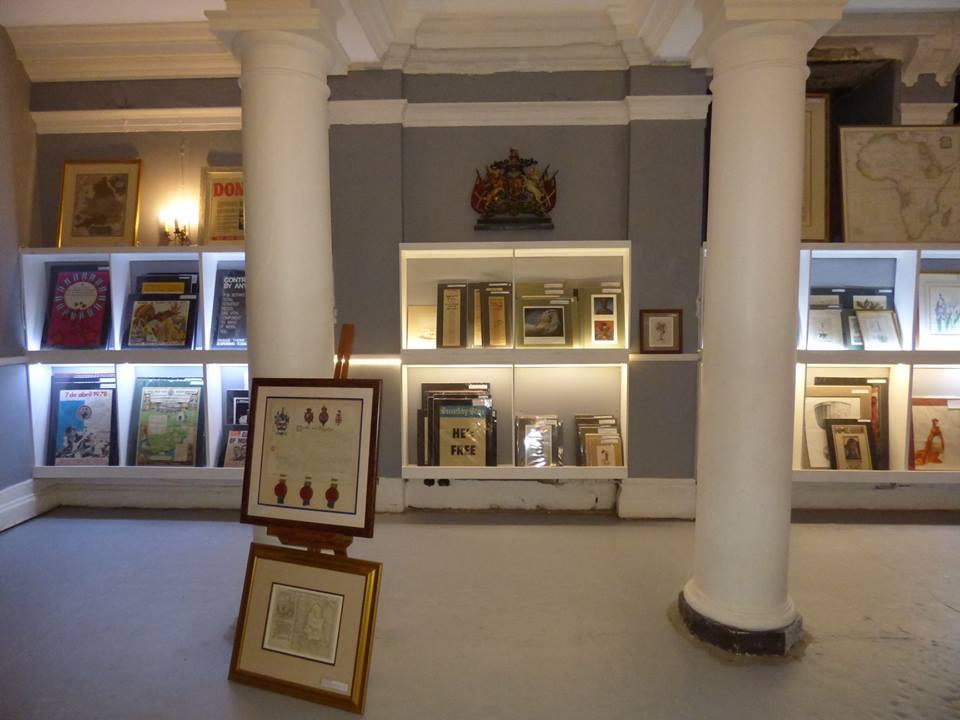 The choice awaiting you is tantalising.

Over 1 000 hand-coloured botanical prints and engravings, made from the original lithograph on stone, or copper plate.

An oil painting of Walker’s Hotel in Ferreira’s Town, where Colonel Ignatius Ferreira created the first mining camp in 1886, his memory acknowledged in what is now called Ferreirasdorp. It was painted by geologist JW George.

Some 350 political posters, including Mozambican silkscreen posters dating from the civil war fought between 1977 and 1992.

Victorian parlour posters. If you bought biscuits 100 years ago you were given a poster, which is now a collector’s item. They depict rosy-cheeked women in a romantic pose, set against fluffy decor.

Thousands of paper ephemera. A 1909 special pass for “natives”, signed by a chief, and the Sub-Native Commissioner; 500 documents  on South African politics; 150 military documents; assorted bank notes; shipping and transport documents; Jewish documents; theatre and sport pamphlets; and documents on Rhodesia, among so much more.

His oldest document is a 15th century piece of parchment, written in Latin on animal skin soaked in a vat of lime. It is a chant for a choir, dated to around 1450AD.

Findlay has been a dealer for the past 21 years. He started as a 20-something who wanted books that were often out of print, so he went to auctions. He then started selling books at various places: he had two tables at the Rosebank flea market for five years, then a shop in Melville for two-and-a-half years. Then in 2001 he went online, and in 2011 he started holding online book auctions at jellyfishtree.com. Now he has an auction every five weeks, with a mailing list of 2 500 potential buyers. 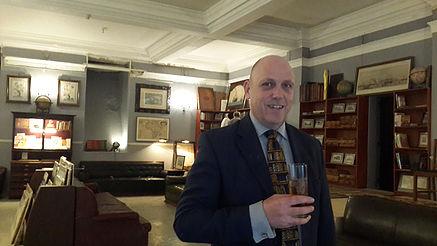 So, what makes a dealer tick? “I like dealing in all these interesting things, it is great fun finding these things, even though as a dealer they just pass through my hands.” Other dealers admire him, saying it takes the skill of a detective to sift through a collection, and pinpoint the books or documents that are valuable. Findlay can find the right book within minutes.

And who collects these old items? People who want to own something beautiful; people who enjoy reading books, and love history. They live vicariously through the items, which all have stories to tell. And, of course, collectors must have disposable income.

Maybe it’s got to do with living in the 21st century, when everything worth exploring has been explored, he suggests. So people can explore bygone eras through books, maps and other artefacts.

And how did he come to explore this underground place in the club? Several months ago a book fair was held at the Rand Club. Some 350 people showed up, dispelling the feeling that people didn’t like coming into the city centre. He then asked to look around the basement, and “loved the space”. 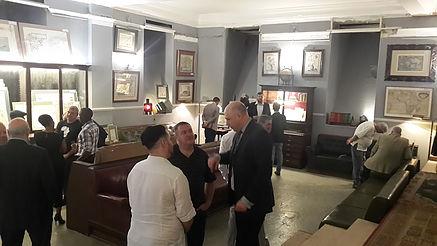 It is to be a reciprocal space: Findlay uses it in exchange for members using the space for events like talks and jazz or movie nights, or for the public to rent the gallery for dinners or birthday parties.

When you visit, be sure you turn up appropriately attired – the old rules of no shorts, flip-flops or t-shirts still apply. After all, the Rand Club didn’t allow women to become members until 1993. Before that, when accompanying their husbands or gentlemen friends to club events, women had to enter the Fox Street side door.