Distinctly superior compared to many other photographs, the lady in the photograph is elegant and clearly a well-to-do individual. The name inscribed in the album – Hilda Duckitt - Who is she?

In a pre-1910 photographic family album recently acquired by the author, two images were found of Hildagonda (Hilda) Duckitt taken at different stages in her life.

Prior to 1915, names of sitters would have been recorded in less than 10 percent of instances, be that on the actual photograph itself or via an inscription in the photograph album. Where a name has been recorded, it is often worthwhile researching.

She is described as the dame of Cape cuisine, celebrated hostess, homely spirit and matriarch of the Duckitt family. She was born at Groote Post (Darling) on 21 February 1839 and baptized during August 1839. It is recorded that she spent more than half her life at this historic farm.

Both of these cherished historical manuscripts contain not only Hilda’s treasury of Cape Cuisine at the time, but also delightful cameos of Victorian life in the Cape. 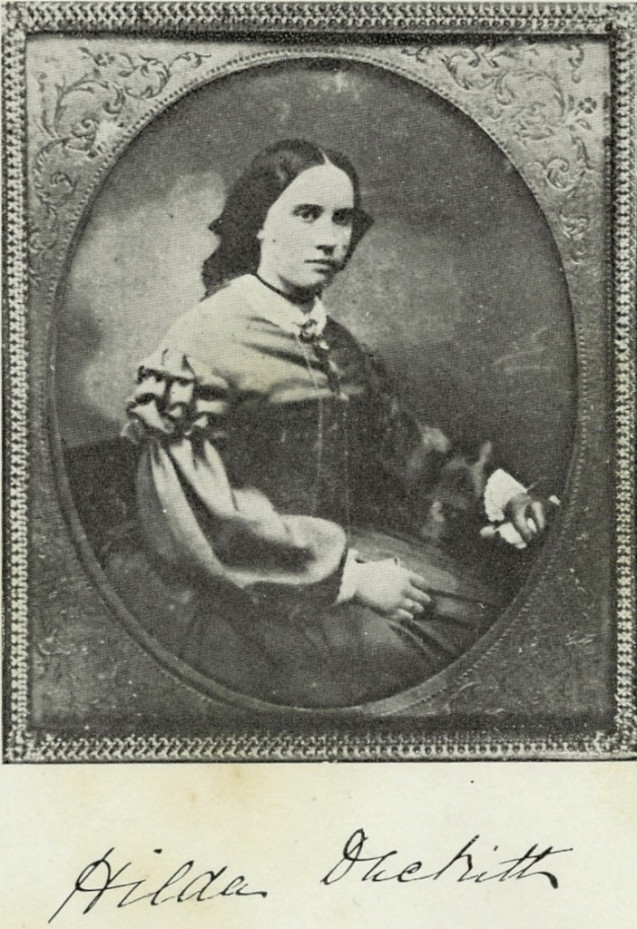 Ambrotype format image copied from the internet. Hilda would be in her late teens here.

In her second book, Hilda writes about Groote Post with great affection and nostalgia, referring to the farmstead as her ‘dear old home’. She refers to spring and summer as her ‘best months’, teeming with fond memories ‘indelibly etched on her mind’ with ‘soft balmy sunshine, flower-scented air, laughter and happiness’. To her, this time of the year was synonymous with ‘hospitality’.

In her charming and helpful introduction in her first book she remarks: “The old question remains: Do I, a cook, really want to sell this book?". Hilda further writes: "A few blank pages have been left at the end of each letter of the alphabet, in which the owner of this little 'Where Is It?' can enter any new recipes she or he may come across, and think worth preserving."

One book dealer stated that a copy of a book in his possession, probably owned by a Higginson, who may have acquired the book in Salisbury (Rhodesia) used more than twenty of these pages for her own recipes, including Boston Bread, Cherry Brandy, Bechamel Sauce, Lemon Curd, Lemon Syrup and Lemon Cheese, Green Granadilla Preserve and Xmas Pudding (with a comment included: "if this pudding is made with unsifted boerenmeal, it will not keep for any length of time"). 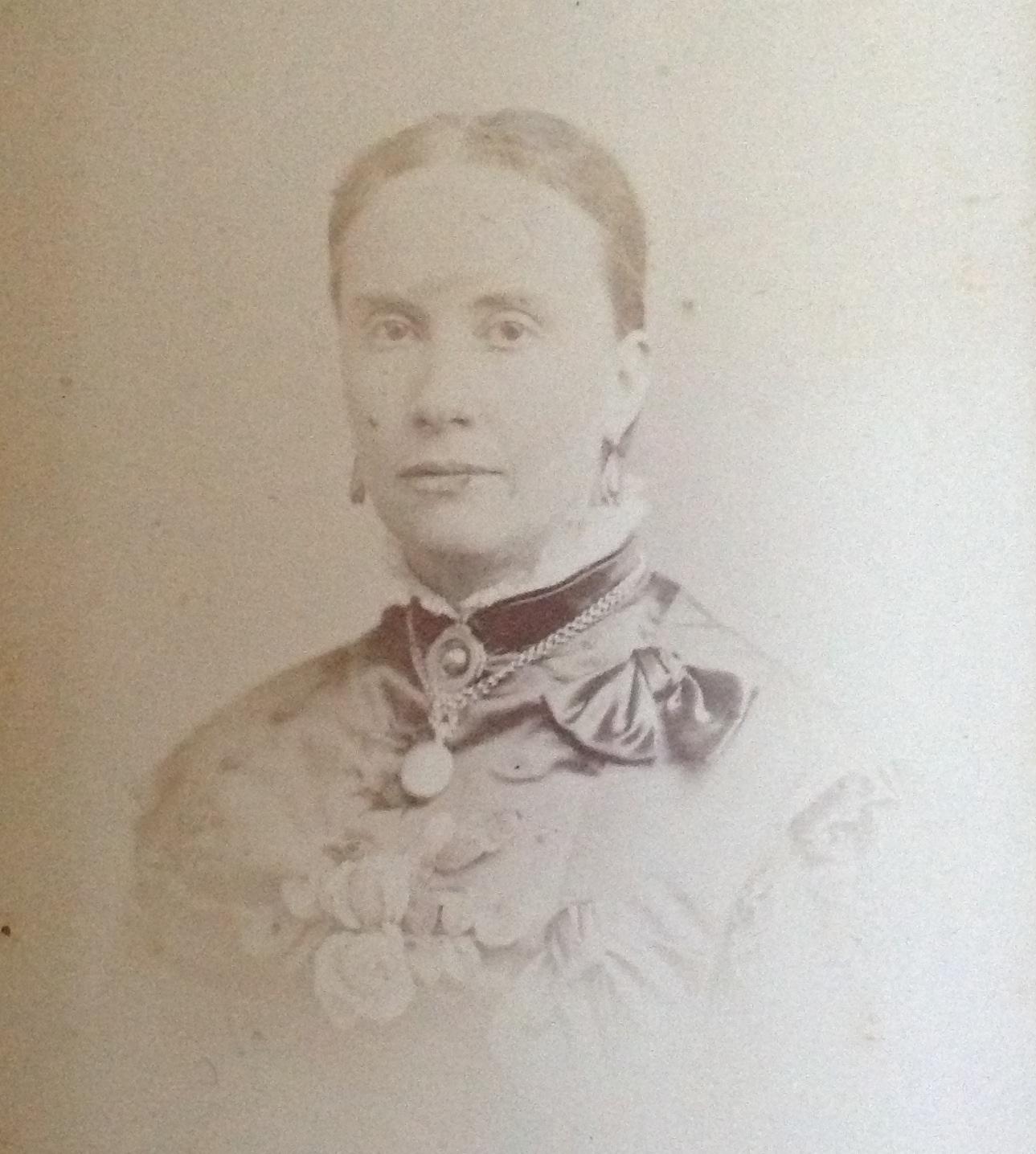 This Carte de Visite format photograph, taken in London, was taken during the late 1870’s – Hilda would therefore be in her late 30’s.

Third daughter to Frederick and Hillegonda (a Versveld) Duckitt, Hilda had 13 siblings, with her being the 6th addition to the family. Sources however differ on the number of siblings she had in that one source suggests that she only had 10. Some of her siblings have been recorded as William Ferdinand Duckitt (See photograph below), Mary Catherine Duckitt, Frederick Duckitt, John Duckitt, Johanna Philippina Duckitt plus 7 other. 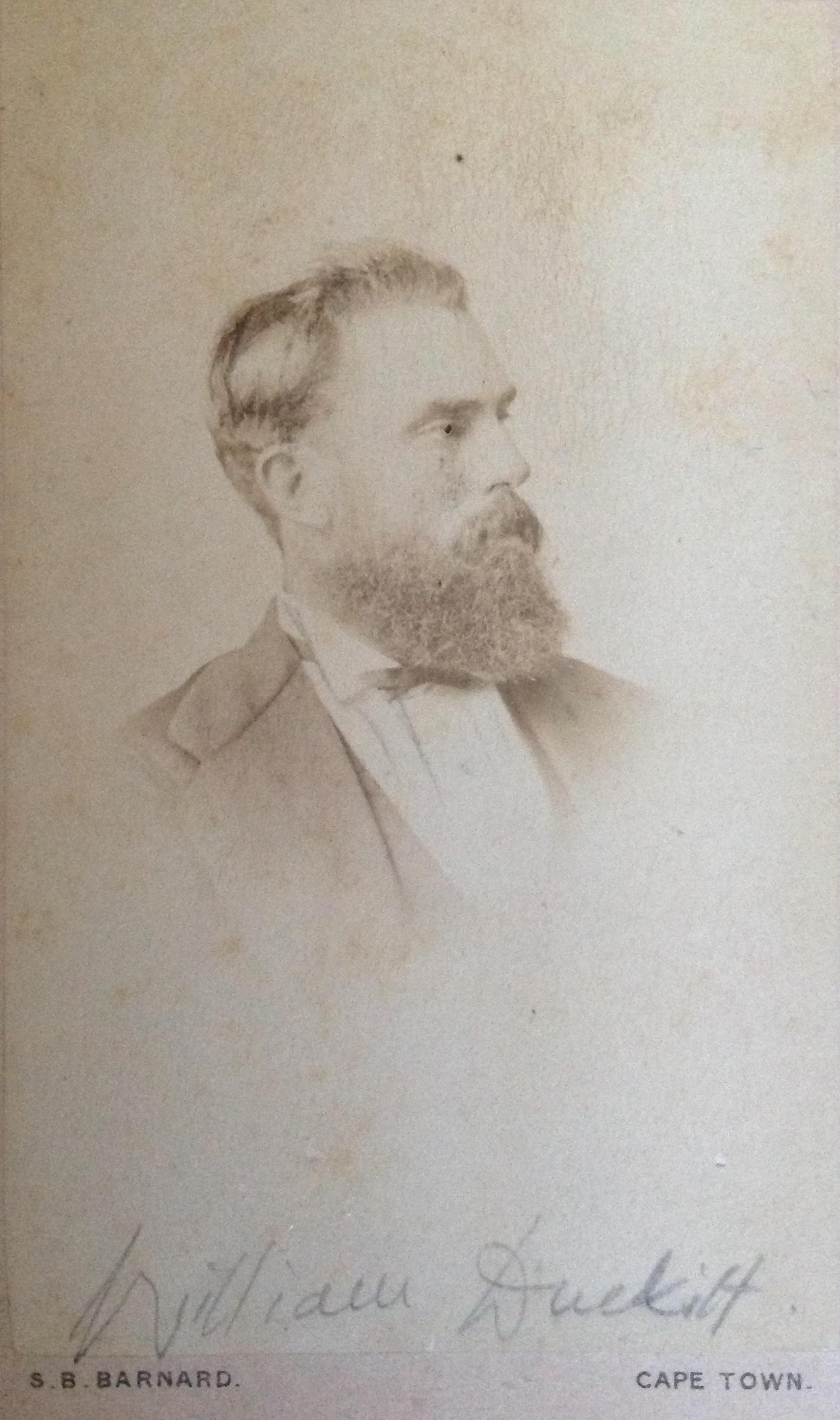 Groote Post can also lay claim to international horticultural associations through the Nemesia Strumosa (Suttoni), seeds of which were sent by Hilda to an English nursery. This rather straggly flower, which grew in profusion in the Groote Post area, developed into one of today's most popular bedding varieties. The flower is also referred to as Leeubekkie, amongst other, in Afrikaans.

To Hilda’s disgust, Sutton, the horticulturist responsible for growing the flower commercially, did not acknowledge her contribution when registering the flower.

Hilda was well read in that in her “Diary” she referred to books, biographies and poems she had read. She also writes with passion about her daily life at Groote Post and refers to picnics, summer holidays with Table Mountain in the background and outings to Bokbaai in the new year.

In the Groote Post farm kitchen, Hilda tried both Dutch and English recipes she obtained from family and friends. Most of the recipes recorded in her book are typically South African in origin, however it also includes some obscure recipes such as tortious pie with smothered abalone.

In an unpublished diary, obtained by one of her brother’s children after her death, Hilda writes about her social life. She was clearly a popular guest amongst the Cape high society of the time. She refers to amongst others the Cloetes from Nooitgedacht, Dr. Hidding from Newlands House, the Melcks from Kersiesfontein and the Myburghs from Elsenburg. She also enjoyed visiting her uncle, Jacob Cloete, on the farm Groot Constantia. His wines were popular abroad. He was also the first wine farmer to establish the Hermitage and Chasselas grape varieties in South Africa. Hilda was occasionally invited to functions at her uncle’s farm where she rubbed shoulders with French and English naval officers. On one occasion, she also engaged with Russian naval officers en-route from Batavia.

Croquet, tea parties, concerts, regattas, dancing and visiting was intertwined with hard work such as the harvesting and storing of saffron pears.

Hilda aged around 60 - A Cabinet Card photograph circa 1900 taken by Johannesburg based Duffus brothers via Carol Hardijzer.jpg 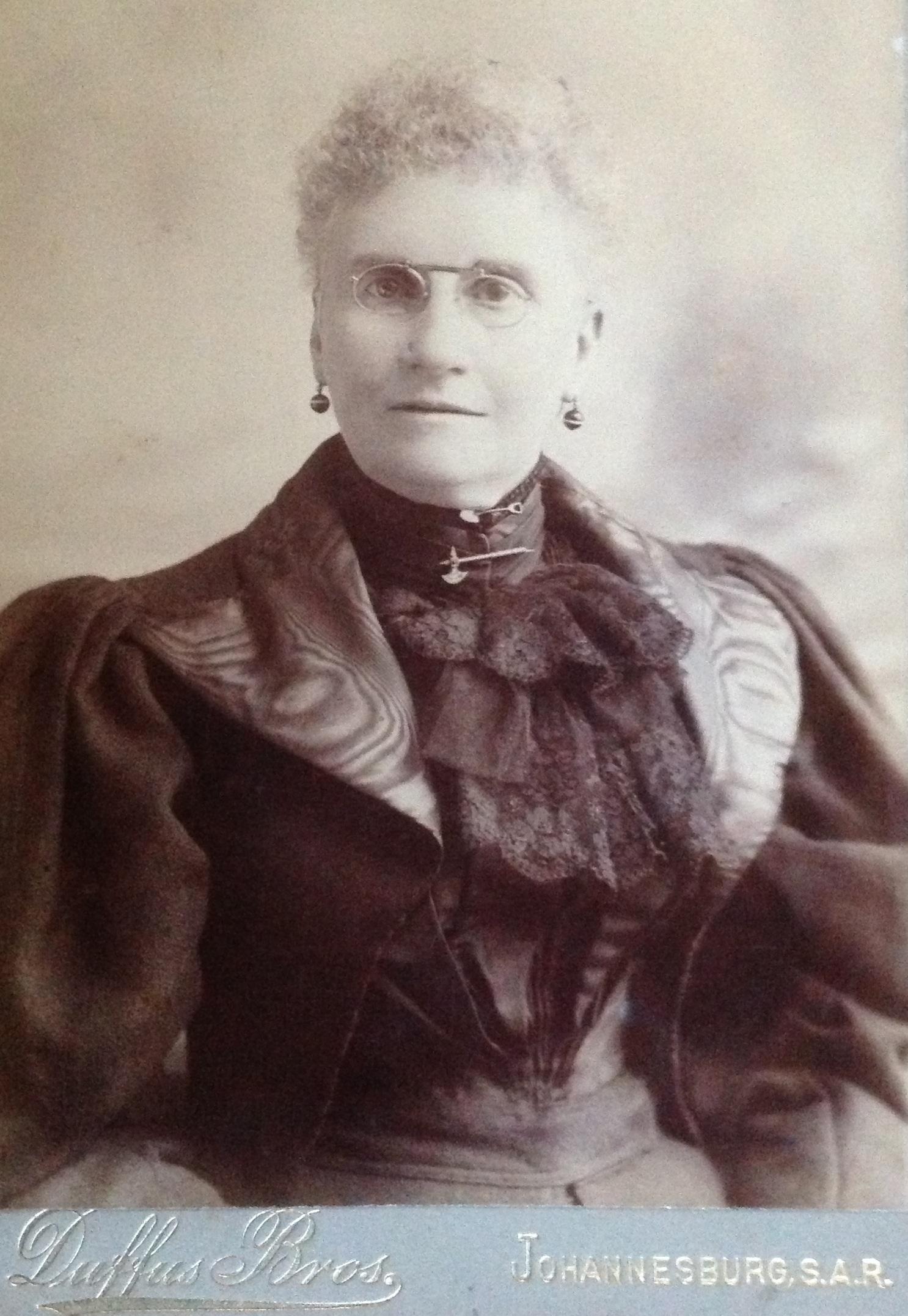 Hilda aged around 60. A Cabinet Card photograph, circa 1900, taken by Johannesburg based Duffus brothers.

Hilda and her sister Bessie moved to Cape Town during the latter part of their lives. They initially moved in with an uncle van Reenen, only later to move into their own house in Wynberg duly named Nemesia Cottage (with reference to the flower mentioned above). From there they moved to St. Lucia in Waterloo Green, Wynberg. It has been suggested that whilst residing at these premises that her cooking skills were in such demand that she was requested to conduct regular cooking demonstrations.

Described as an experience horse woman, Hilda sadly became disabled during the latter part of her life due to an injury she obtained as young girl after allegedly falling from a horse. This however did not restrict her in that her second book was mainly written whilst she was bed ridden.

Hilda passed away at a relatively young age of almost 66 on 5 January 1905. What an elegant and energetiically productive individual she was during her lifetime. Photographs do portray something about the individual after all.

The current restaurant at the Groote Post wine farm,  near Darling, has been duly named after Hilda. 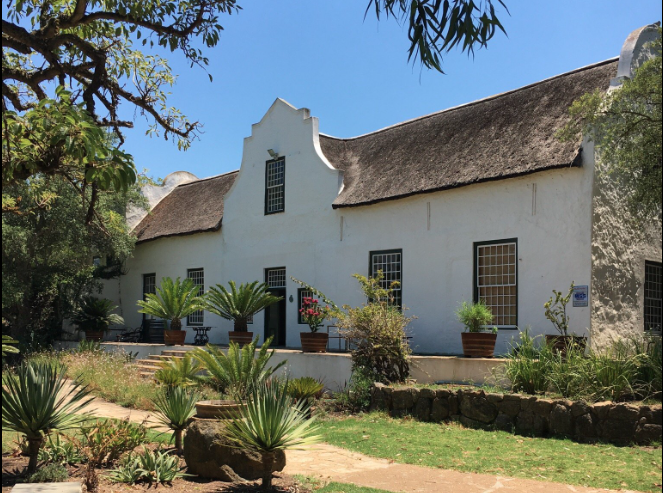 Other names that appear in the photograph album from which Hilda’s photographs were extracted are that of Cloete, van Reenen, Becker and Langebrink.

Additional biographical information about Hilda can be found in: