Worldwide early photographs have enjoyed a restoration to their rightful position in the history of art, photography and people – especially in Europe, America and Australia. Sadly, antique photographs (more than 100 years old) are still insufficiently preserved and appreciated in South Africa.

At the very start of photography (from the early 1840s to the end of the 1860s), cased Daguerreotype and Ambrotype photographic portraits were fashionable. From the early 1860s onwards they were however soon replaced by the Victorian photo album.

With the modern-day accent on pictorialism, rather than history and genealogy, these albums are being unnecessarily thrown away as “useless junk” largely due to indifference – valuable content included.

Long gone is the sentimental attachment to the Victorian photographic album, yet some of them have fortunately survived and continue surfacing occasionally.

Due to the age of these albums (more than 100 years old), plus general neglect, they are difficult to find in good condition. In most of the surviving albums, the inner pages are torn due to both old age and the modern owners not understanding how to remove photographs from the pages (a tricky exercise in itself) and when attempting to do so causing tears which often cannot be restored.

Fortunately, restoration by reputable book restorers is still possible in instances where the back has come off, clasps are missing or tears appear in the surrounding leather.

The author has made it his task to preserve and restore any Victorian album found in South Africa that is relatively complete and worthwhile restoring. Around 60% of albums found today require some sort of restoration.

Victorian albums, with a South African link, are of great interest in that their content contains much useful information on our photographic history and genealogy. Some of the album pages also contain the most beautifully artistic designs and artwork that complements the photographic content.

Where they have survived, they conceal the nature of the early photograph and the people photographed during that era. The album itself shielded the photographs from damaging light resulting in the legacy of the Victorian and Edwardian photographs being duly preserved. 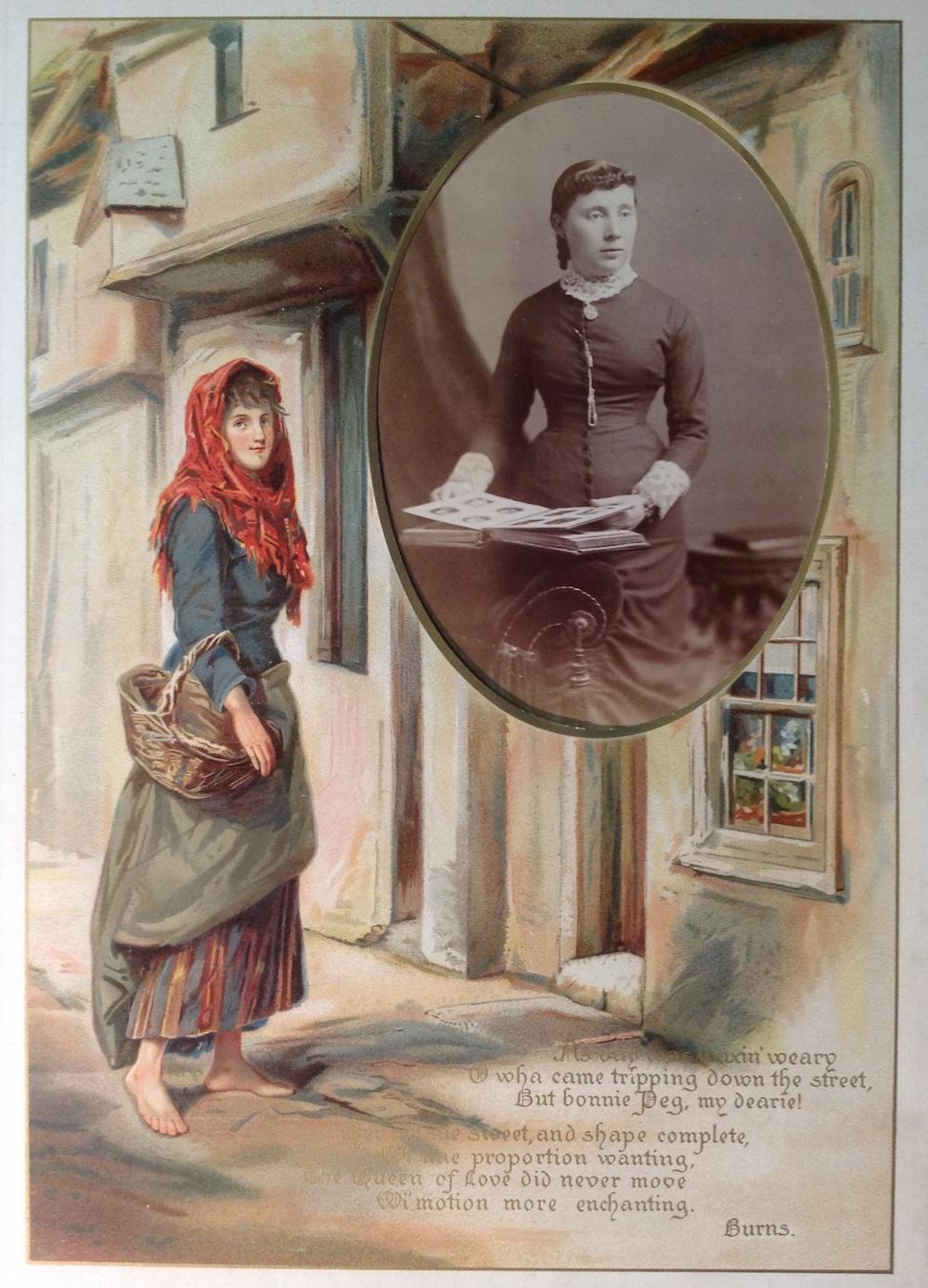 Poem by Scottish poet Robert Burns supported with a delightful background. Significance of this image is that the lady in the actual photograph is holding a Victorian photo album. 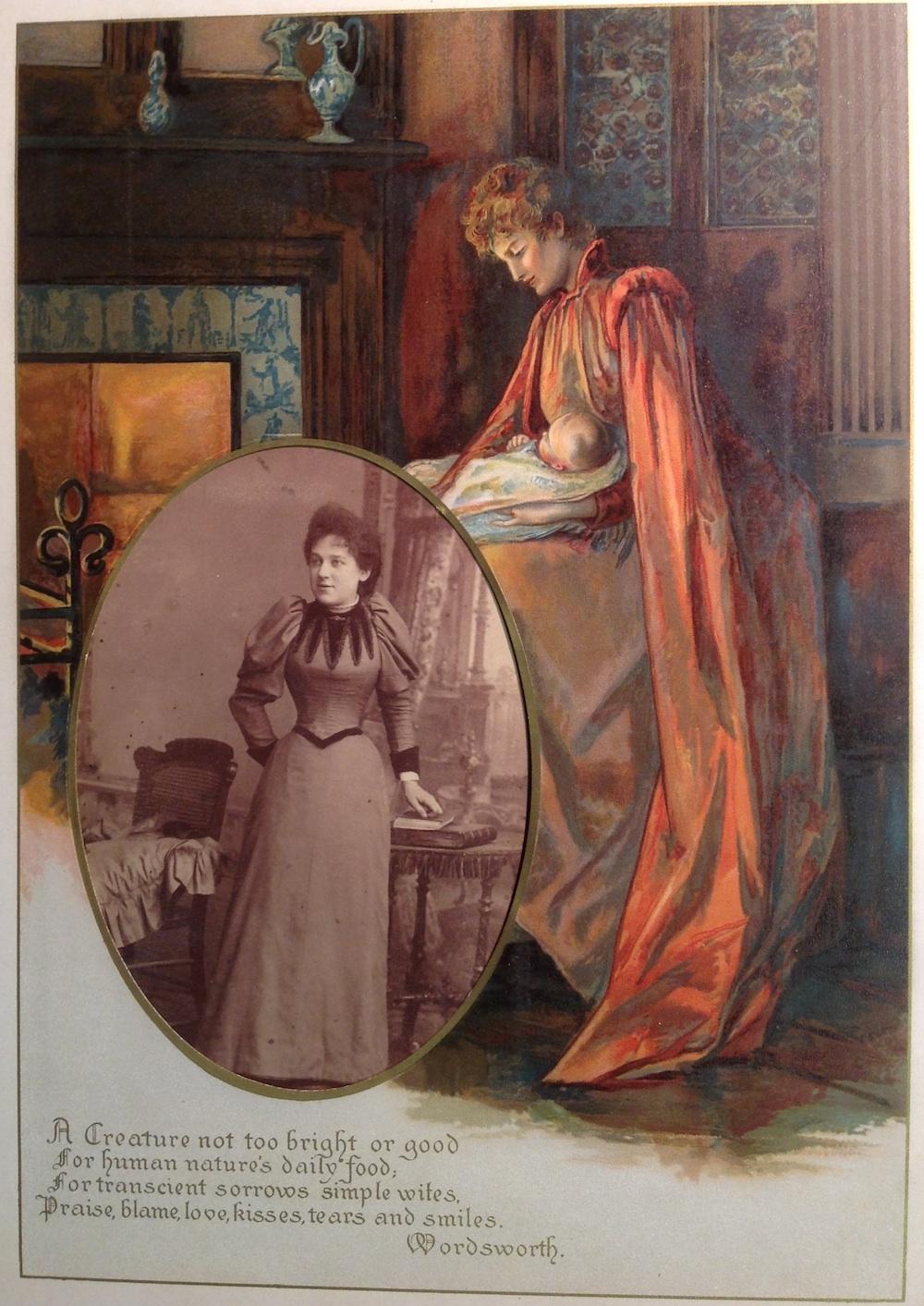 History of the album

The change from the cased Daguerreotype and Ambrotypes to the paper photographic formats created a demand for albums in which to keep them. The pages of stiff board had paper pockets cut to size to slide the Carte-de-Viste (Cartes) or Cabinet format photographs into.

Originally designed for Carte-de-Visite only, these albums made their appearance in the Cape almost simultaneously with the arrival of British photographer Mayall’s portraits of the Royal family during the early 1860s. These albums held anything between 20 to 200 Cartes.

One Graaff-Reinet based resident, Harriet Rabone, wrote a letter to a friend during 1864 in which she states: “My album is nearly full, but will get a larger one soon”. This confirms that although the Carte-de-Visite format photograph was still in its infancy then, that albums were already available in South Africa during the early 1860s.

A predecessor to the commercially produced Victorian album was individual homemade photo pages. Photographs were pasted onto pages that would have been placed in a folder of some sort. Much time was spent by the owners in decorating and hand painting each of these pages, some very artistically and elaborately so, which would have been a very time consuming past-time. These photo pages, dating from before 1862, are difficult to find and are in high demand by historians and collectors alike.

An early homemade page from a Cape album via Carol Hardijzer - 1.jpg 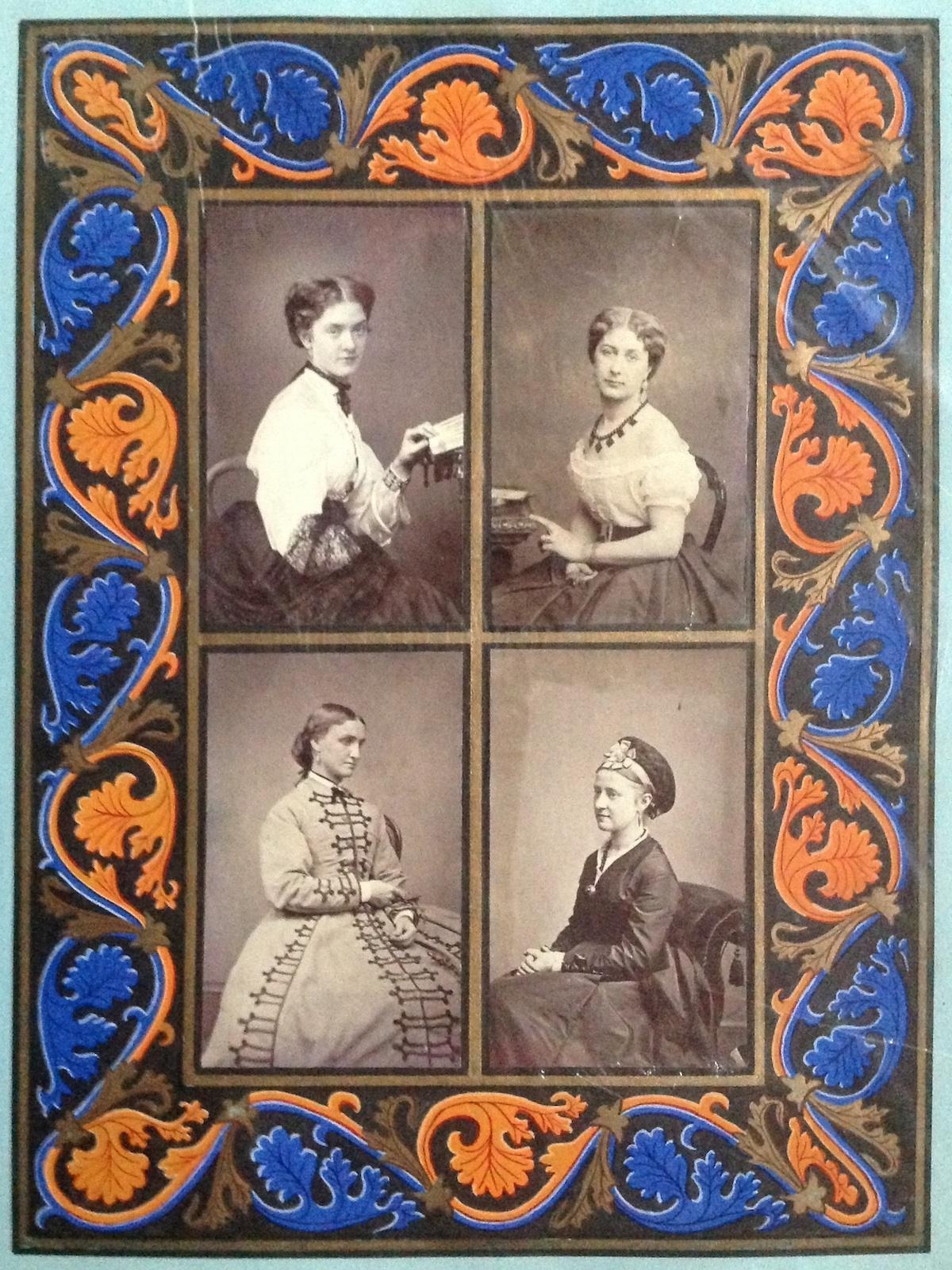 An early homemade page from a Cape album via Carol Hardijzer - 2.jpg 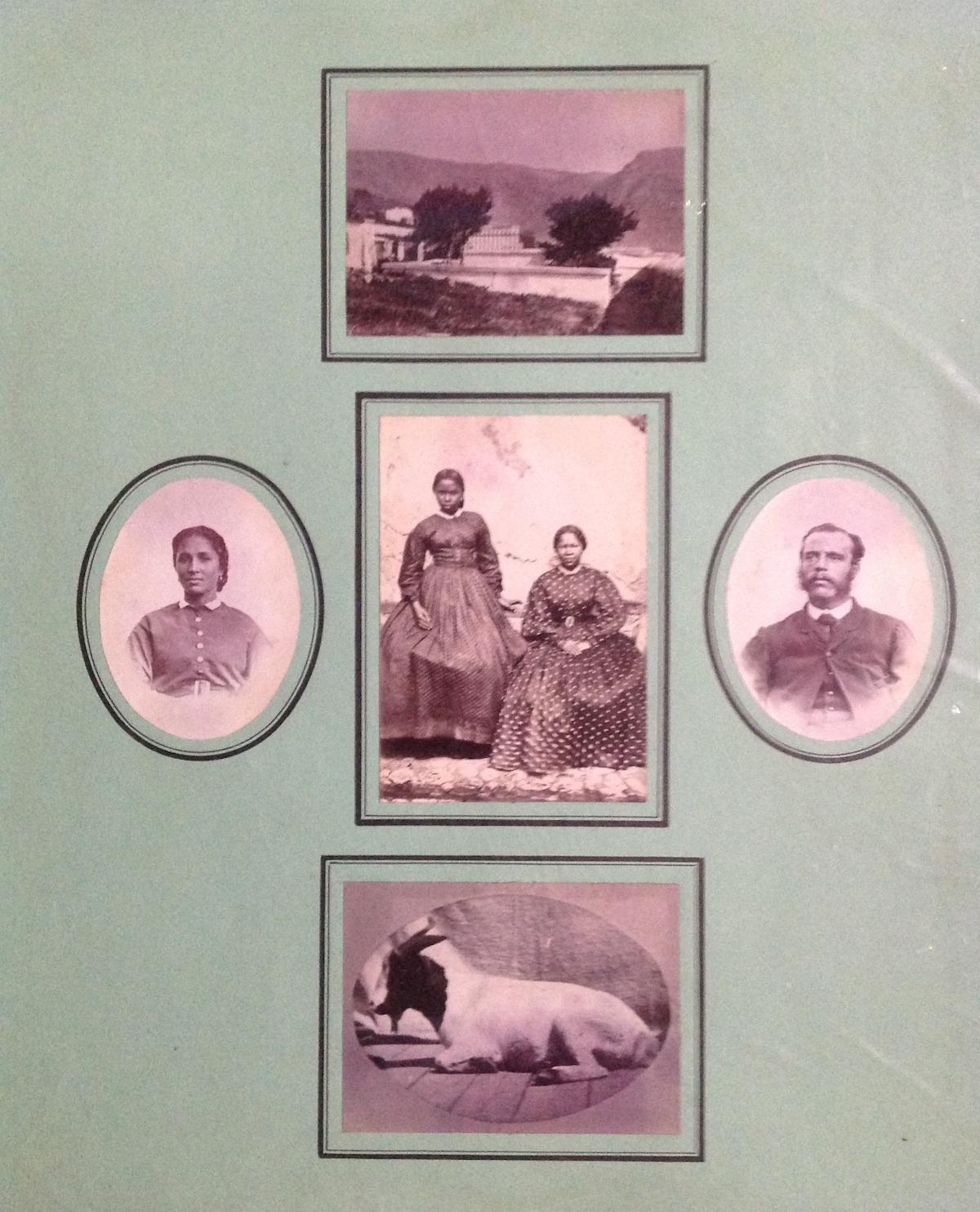 From the same Cape album – also homemade. Top: Simons bay cemetery. Bottom image: Pet goat on board the ship HMS Valorous. Image in the centre: Neighbours to the couple Rosa and Morrel Servant (recorded as Serv’t - left and right) – Circa 1866.

Victorian photo albums were bound in every conceivable fashion - from the elementary, neat and elegant to the most gorgeous and decorated albums.

Photo albums were produced in various sizes, from small books for the smaller photographic prints to the larger mantelshelf/table-top display volumes. Velvet, celluloid, leather, metal, wood and other fabrics were used as decorative covers, all with brass hinges. The albums, initially covered in plain leather and later velvet, evolved into ornamental tooled affairs. A few were even made out of thermoplastic or Japanese lacquer. Other had inlays of cameo or mother of pearl. Built-in musical boxes, clocks or mirrors also formed part of the design for some of the more expensive albums. 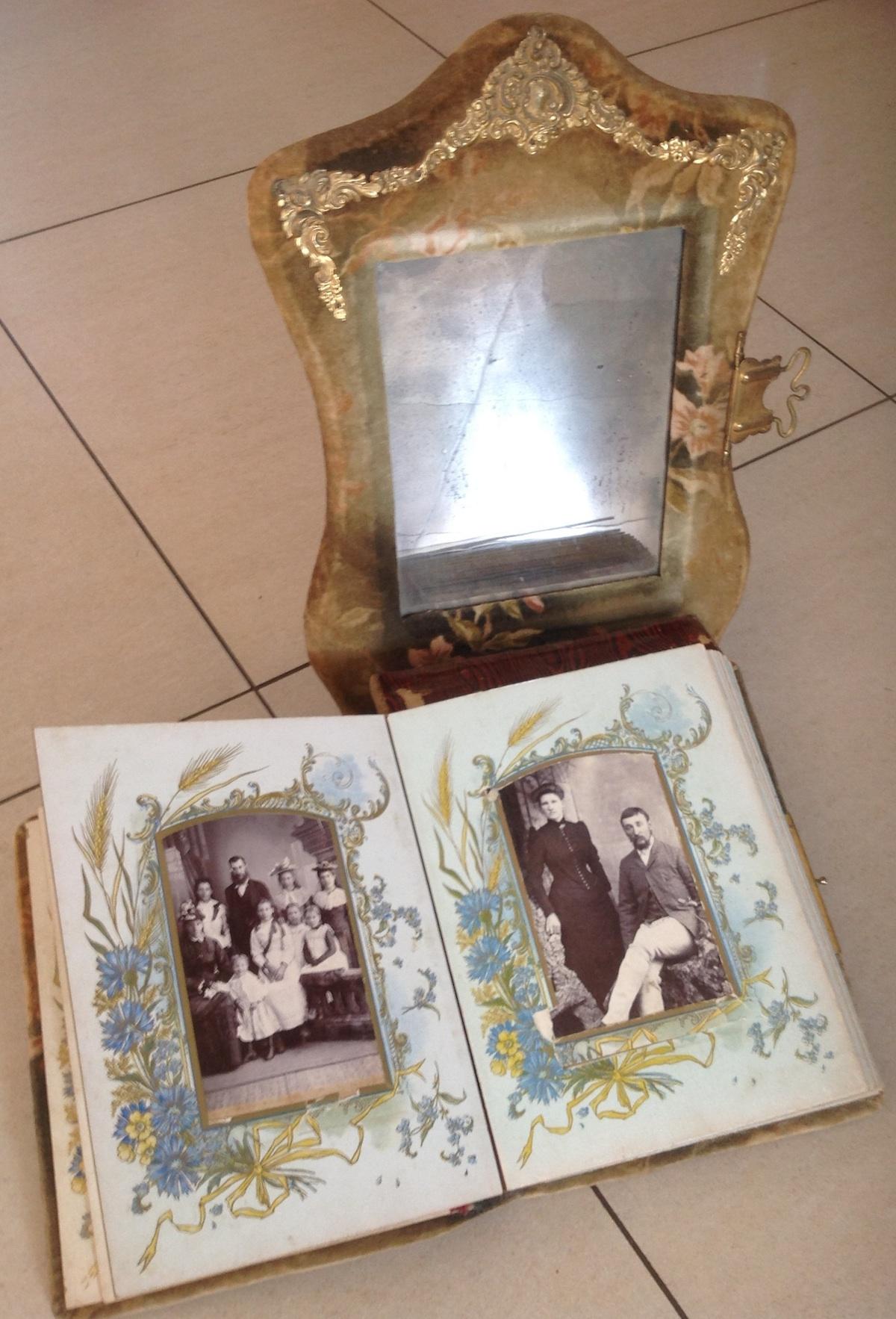 An elaborate velvet covered table-top album (Circa 1895). Folds out to expose the mirror at the back of album. 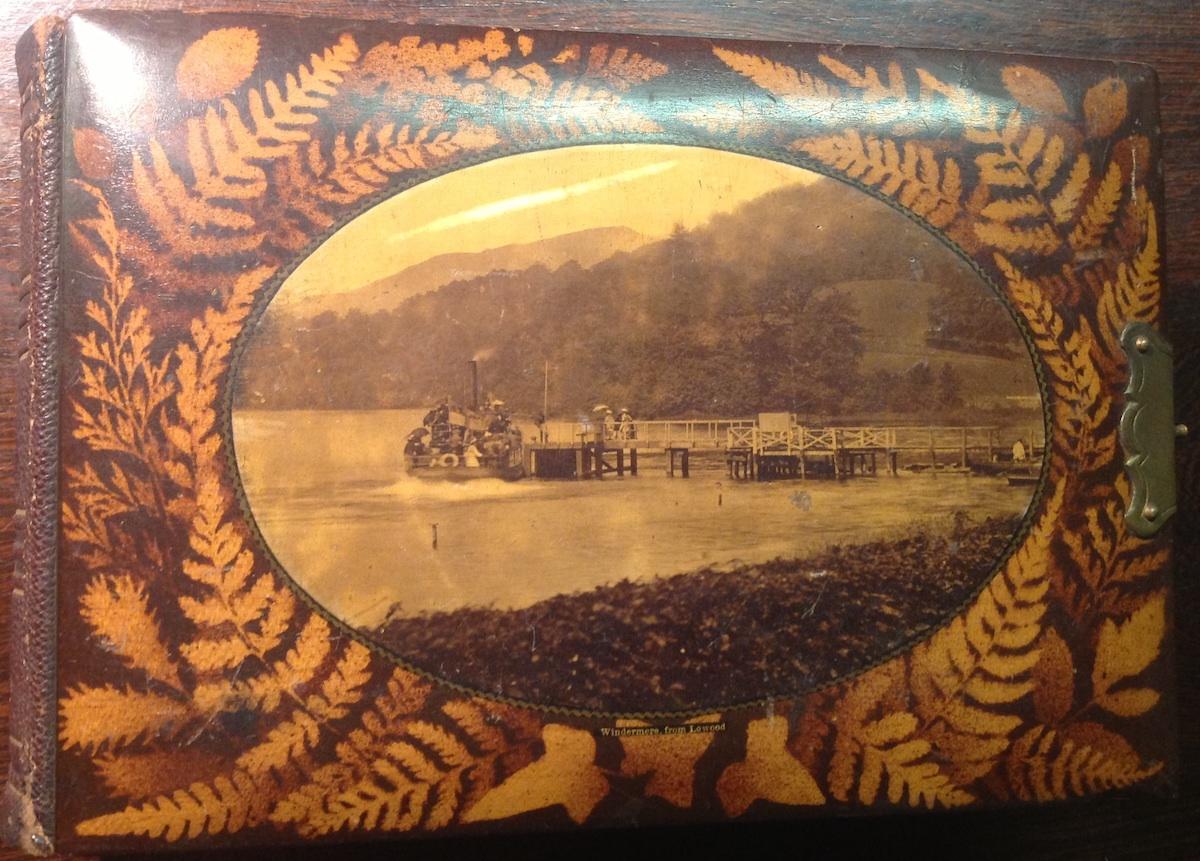 Small album which at first glance looks like a little bible via Carol Hardijzer.jpg 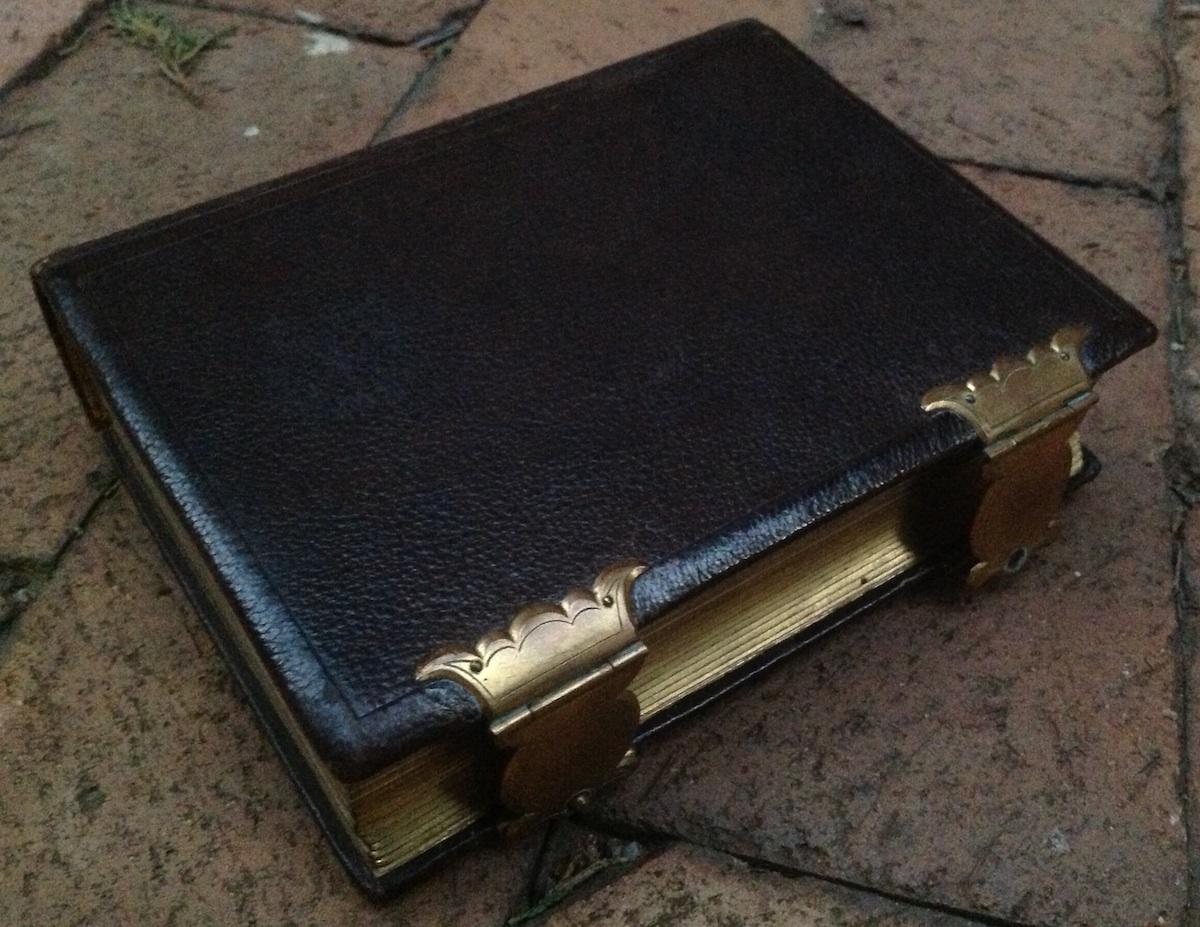 With the musical boxed albums, a musical tune would play when opening the album. Ironically, one author had the following to say about the musical photo album: “The vulgarity of all was the musical album, a horror which secreted about its back parts clockwork musical mechanism set to play some melody every time the album was opened while dewey-eyed relations indulged themselves over photographs of their families, the younger members commanding most attention” (Mathews, 1974).

The albums appeared in the most creative formats and shapes (heart shaped, circular, jewellery boxes etc.). Some albums were made to resemble prayer books or small Bibles. 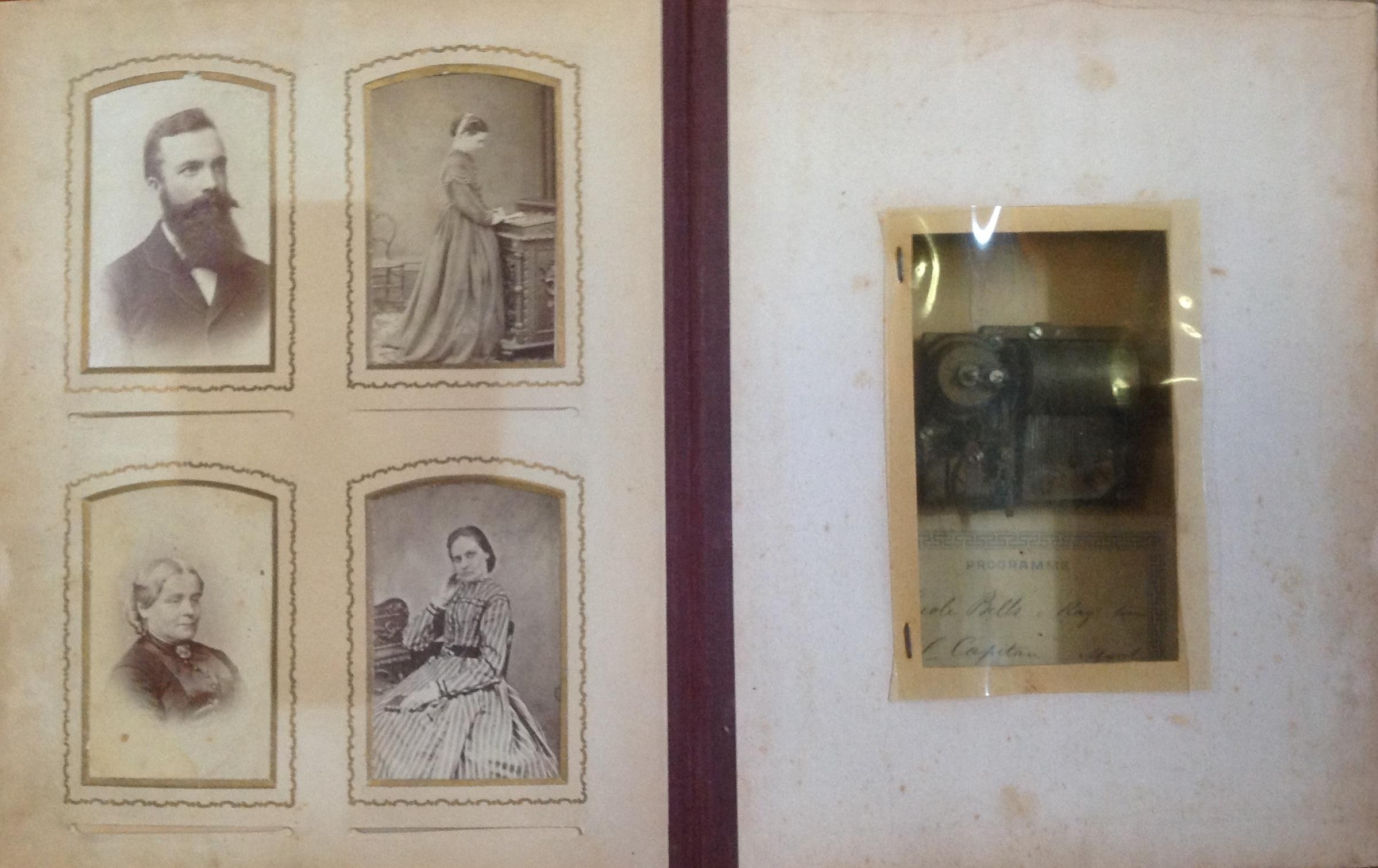 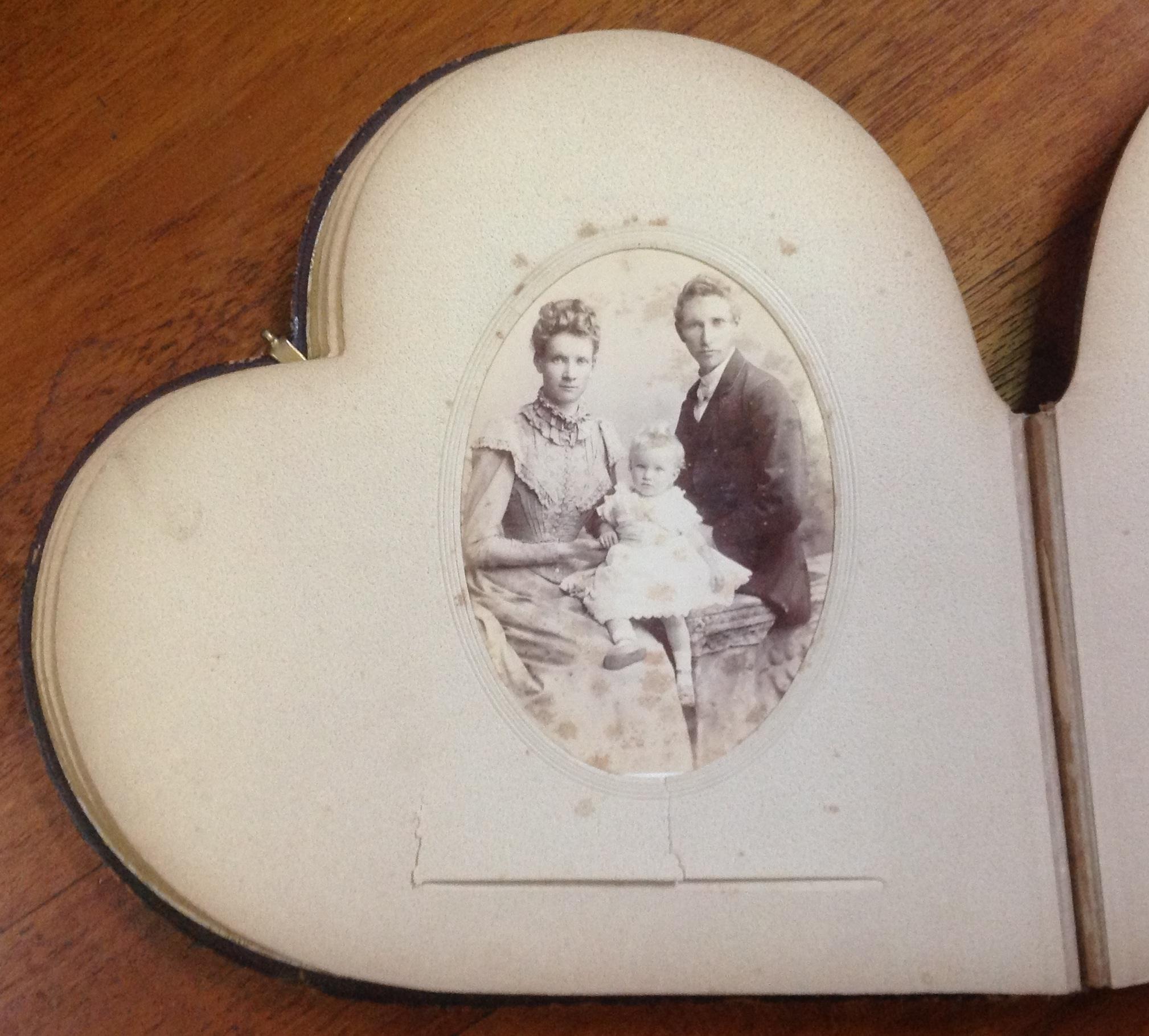 In some of the more expensive albums, the most attractive aspect is the coloured art work found as surrounds to the photograph openings on intermittent pages. Many of the albums were illustrated with facsimile drawings by well-known artists. The delightful pictures were mostly water/oil coloured prints or lithographs depicting a variety of other aspects such as picturesque scenery, flowers, birds or poetry. 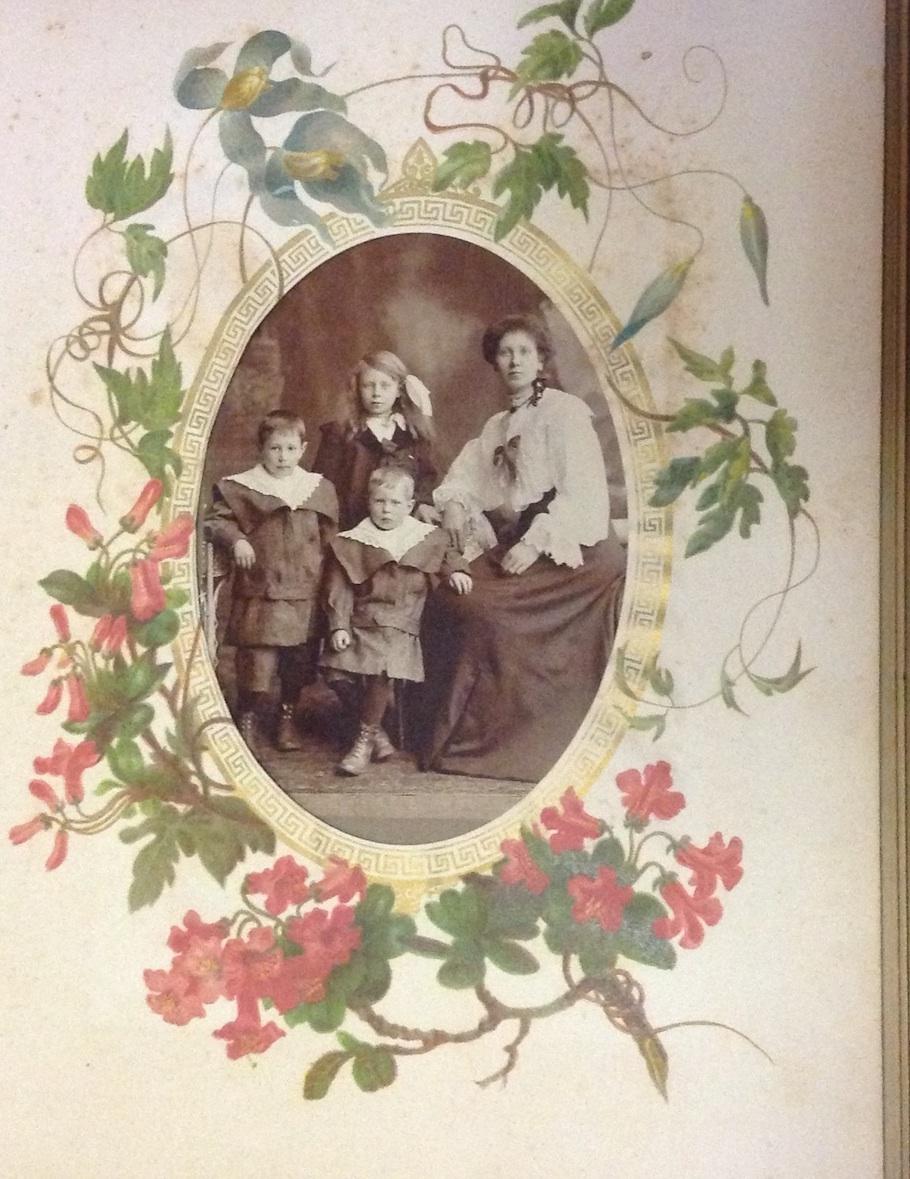 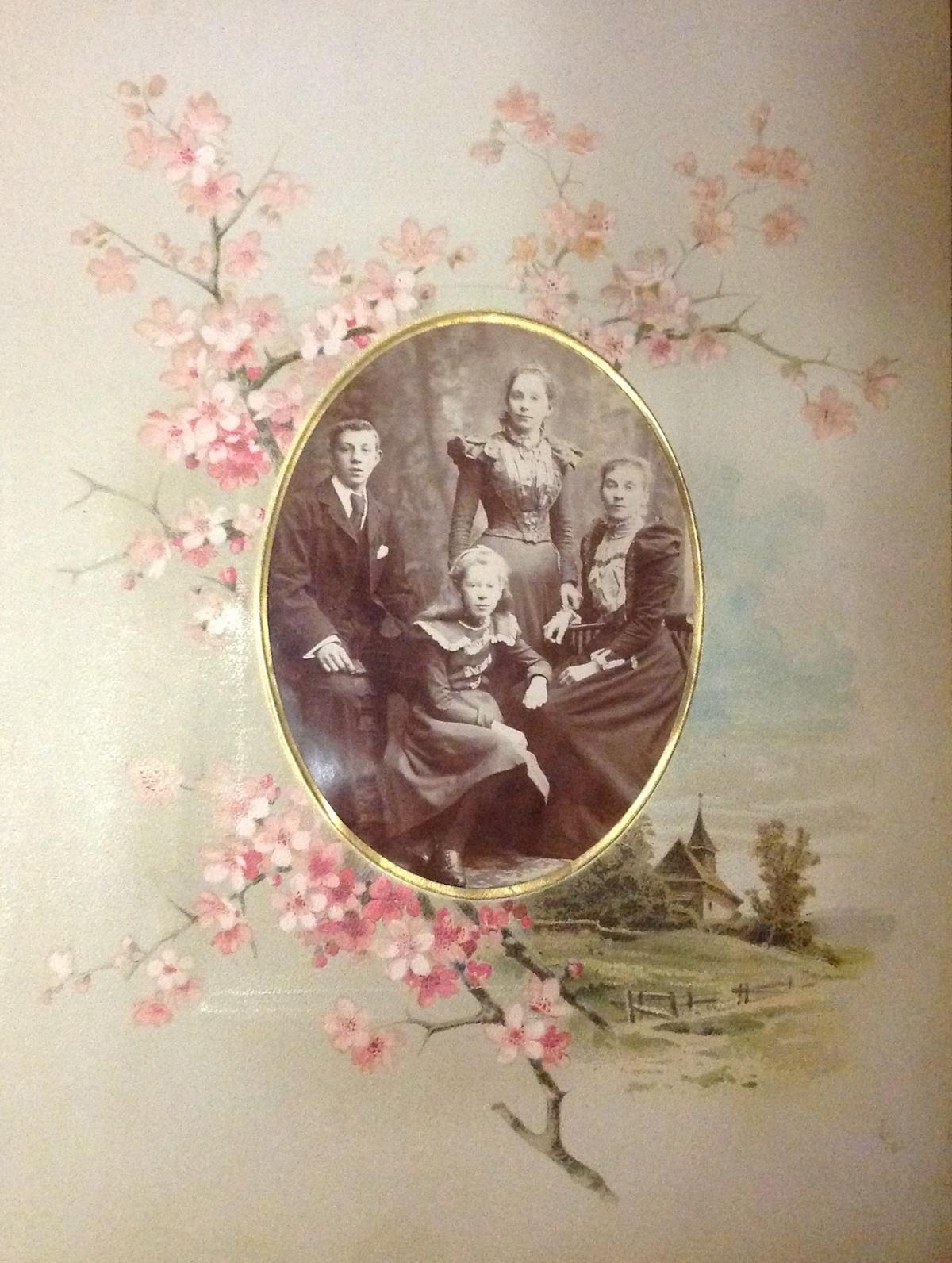 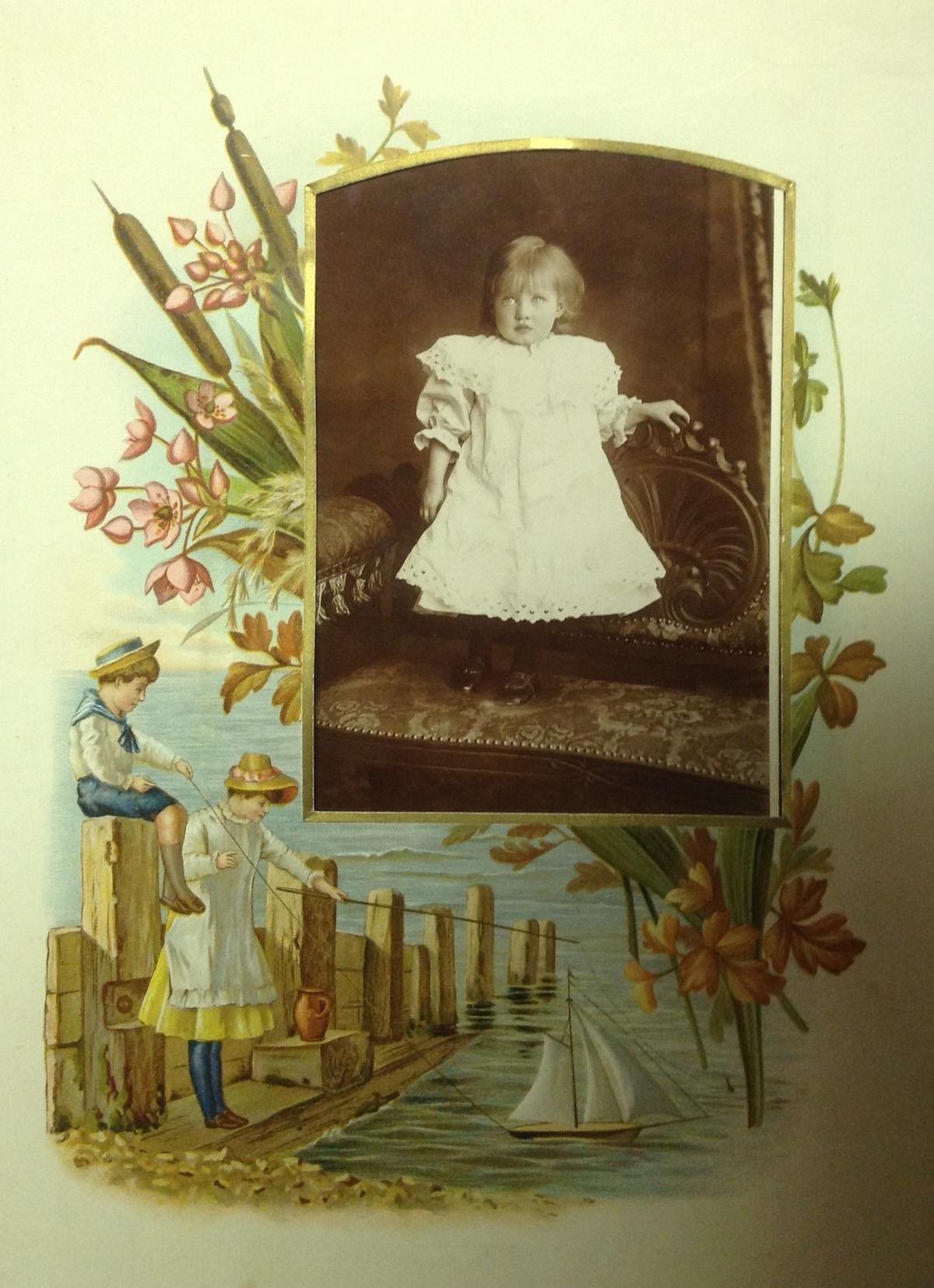 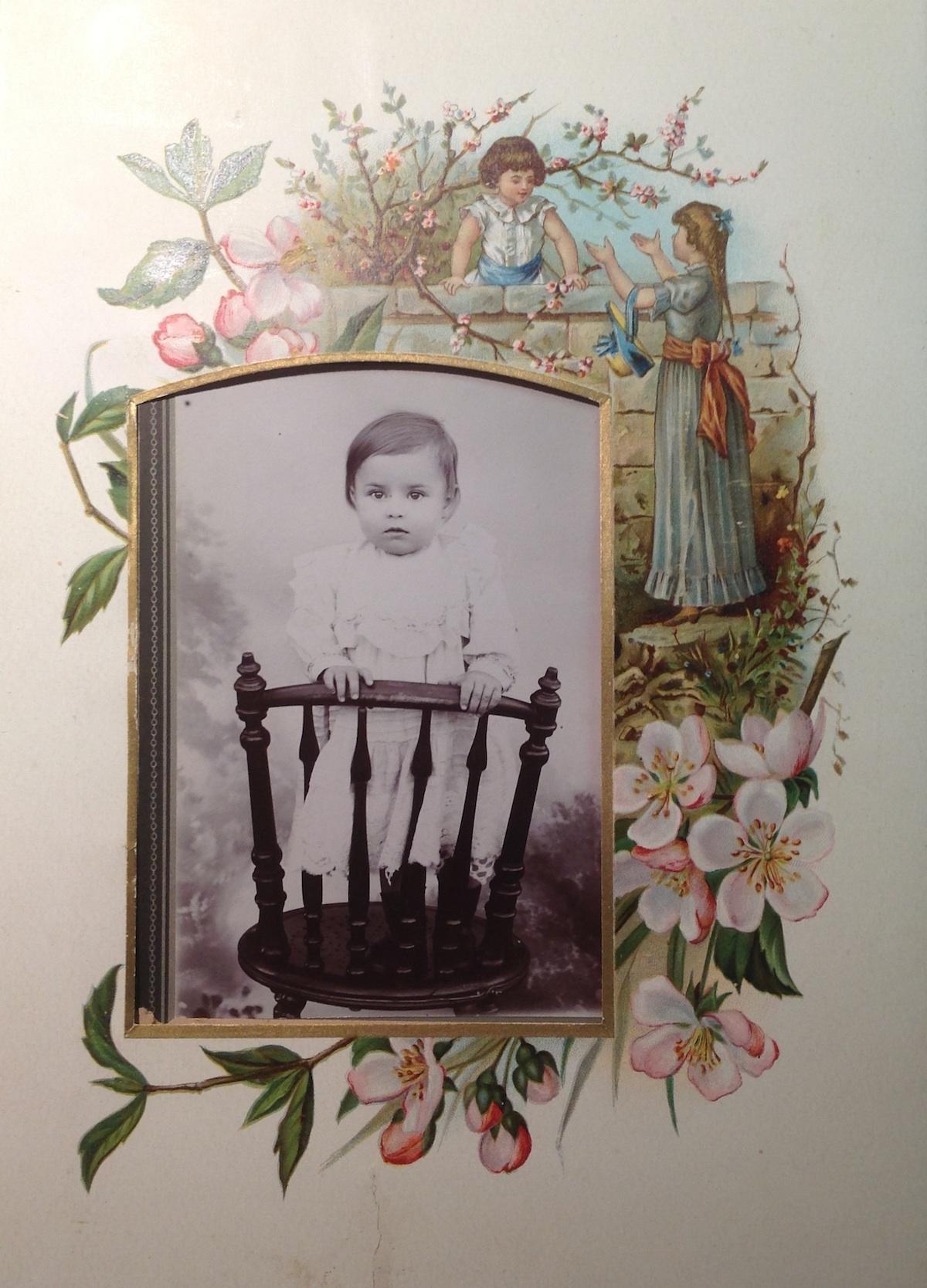 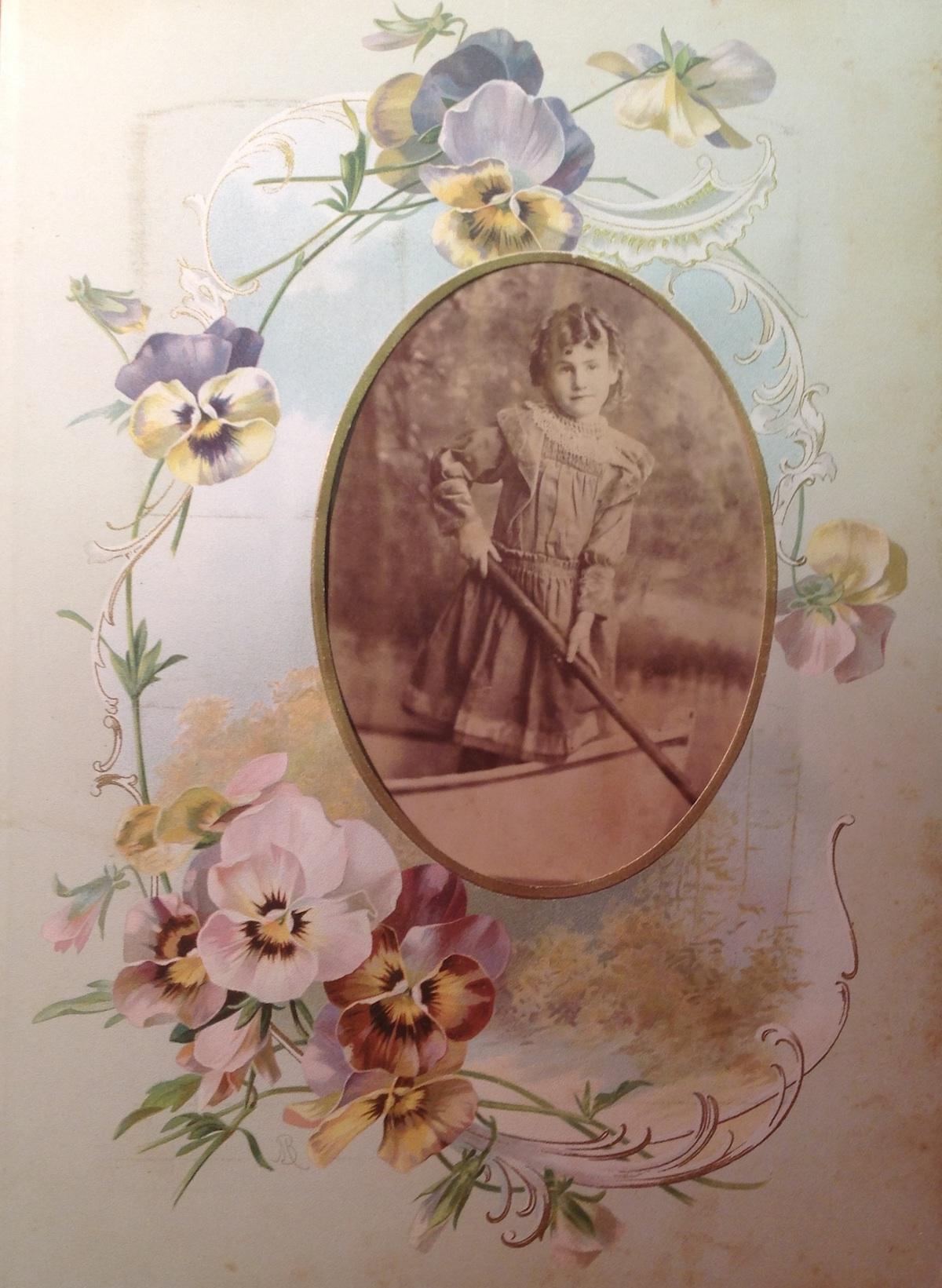 The content of these albums provides the first accurate and authentic visual records on the appearance and activities of the common man of that period.

Millions of Cartes and Cabinet Card photographs have been produced world-wide reflecting on, amongst other, the middle and upper classes, unusual characters and children. These images not only provide us with a perspective of the fashions but also give a sense of family unity, despair, pets, jewellery, hair styles, children’s toys etc.

It became a family affair to examine these albums or to pull them out when visitors arrived in that the content of the album served as an illustrated book of genealogy as well as a form of hero-worship.

The Victorian album provided for much social interaction in that it was an excellent means of whiling away the hours during tea or even before dinner and after dinner. The content of any album would have provided an insight to the tastes and prejudices of any visitor’s host.

In South Africa, images of soldiers participating in various wars plus their respective political leaders would have enriched the political small talk of the day. Turning the pages, the visitor would have seen premiers (local and abroad), prima donnas, preachers, sportsmen, ambassadors and performing artists and then potentially be reminded of the desirability to add their own photographic image.

Sadly, in most instances we have no idea as to who the sitters in the photographs are in that no inscriptions were made in the album or on the images. The original owner of the album would most certainly have known who each person was and have told the story around each individual in much detail. As the surviving albums were handed down over the generations most of this information has been lost.

At a recent presentation to a genealogical society, the author presented a Cabinet card image of an unknown, yet clearly well-to-do male (circa 1895). After the presentation, a member in the audience came forward and identified this individual as a Pretoria based religious leader at the time. This confirms that occasionally individuals on images can still be identified when shared with the relevant audiences.

Page from a Victorian photo album holding a Cabinet Card via Carol Hardijzer.jpg 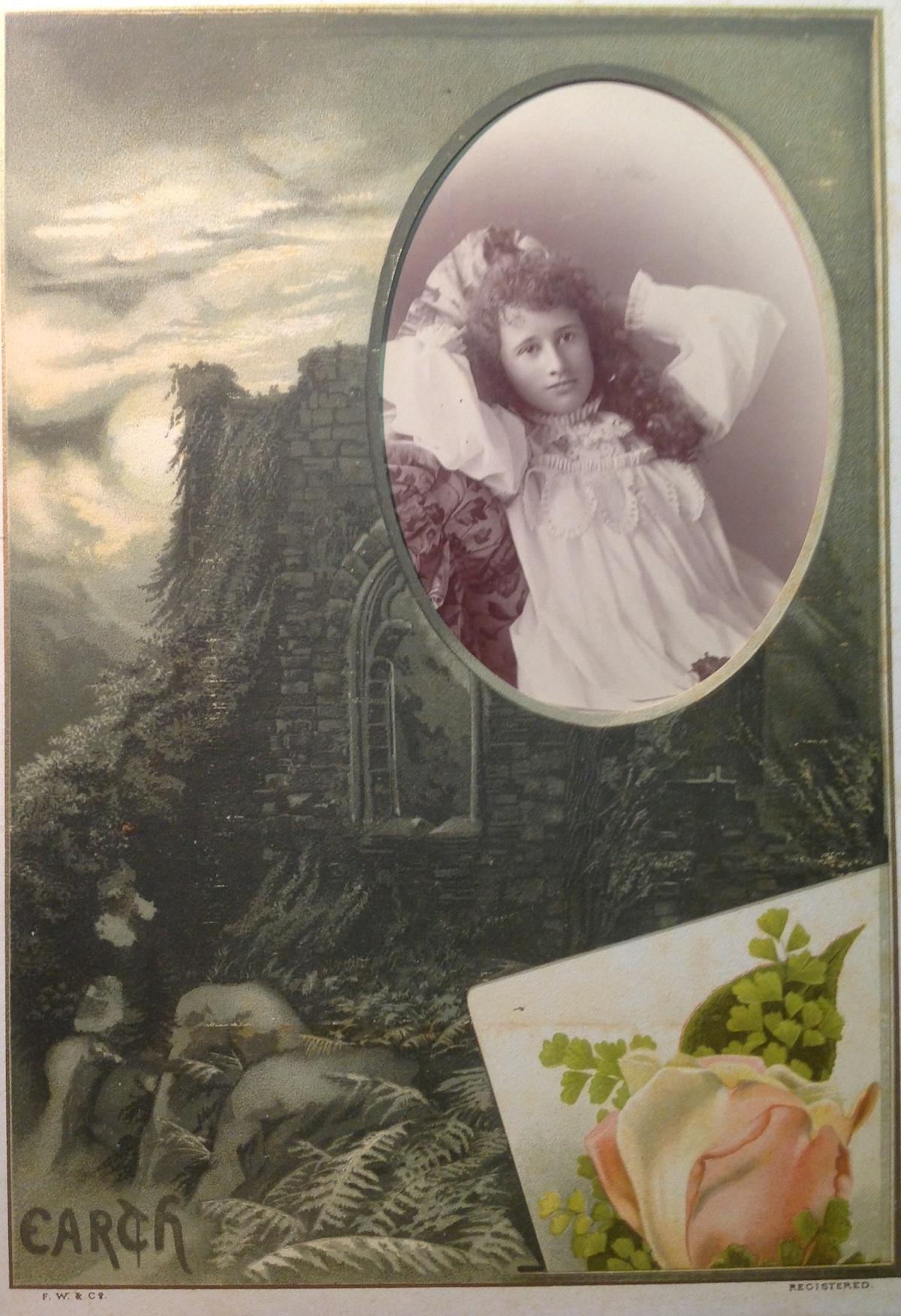 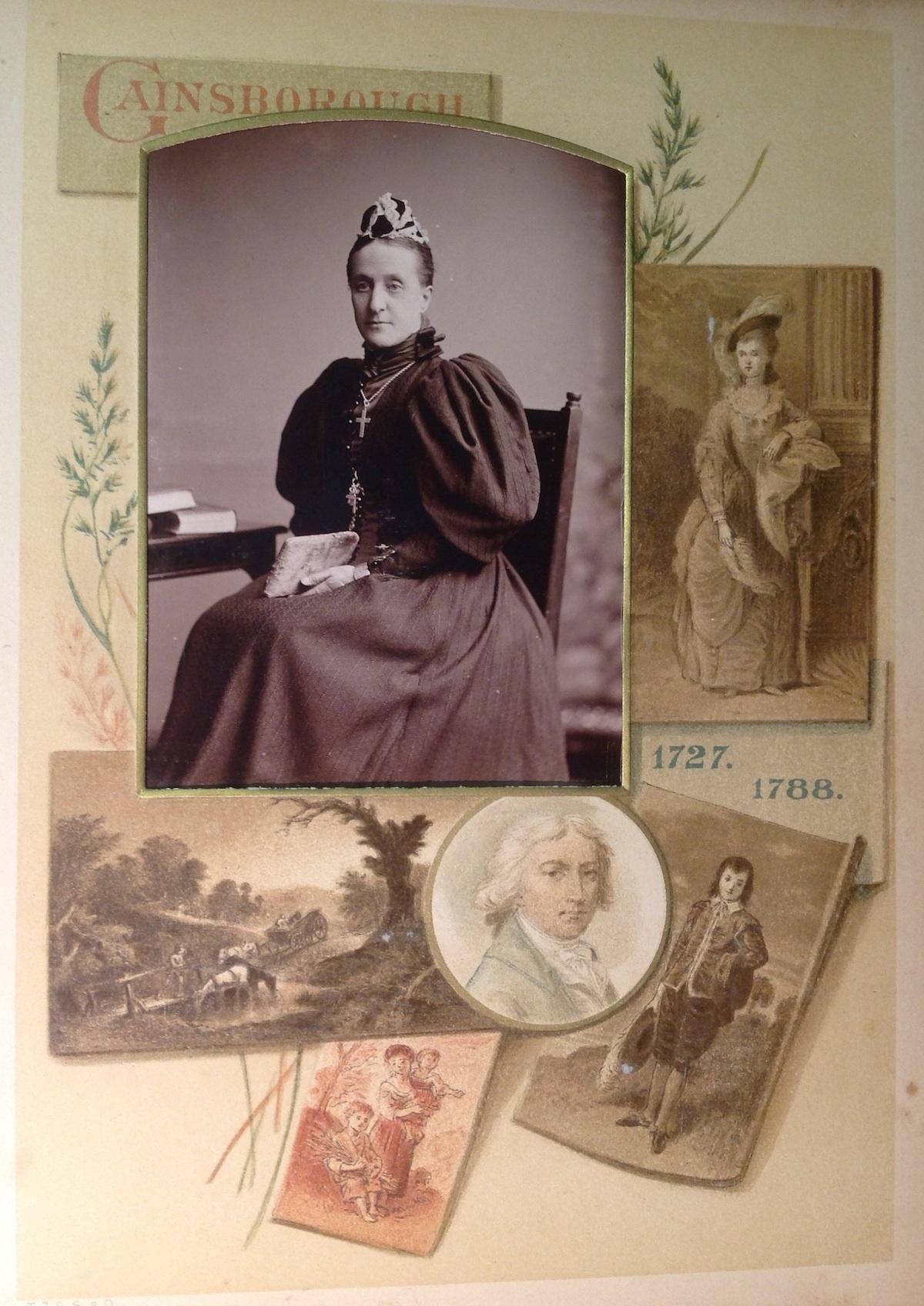 Photographers competed against one another to photograph people and in doing so supplied pictures of royalty (even in demand in South Africa), artists, churchmen, writers, performing artists, politicians and well-known courtesans. Some photographs ran into editions of thousands – with the primary target market being the family photo album.

In discovering previously hidden Victorian photo albums, it is therefore not unusual to find images of generals, circus freaks, and other public figures alongside the pictures of a great grandmother and great grandfather.

The social significance of the Victorian photo album was so high that they were also included as props in some studio photographs (see images below).

Cabinet format photograph by photographer Gribble from Paarl circa 1905 via Carol Hardijzer.jpg 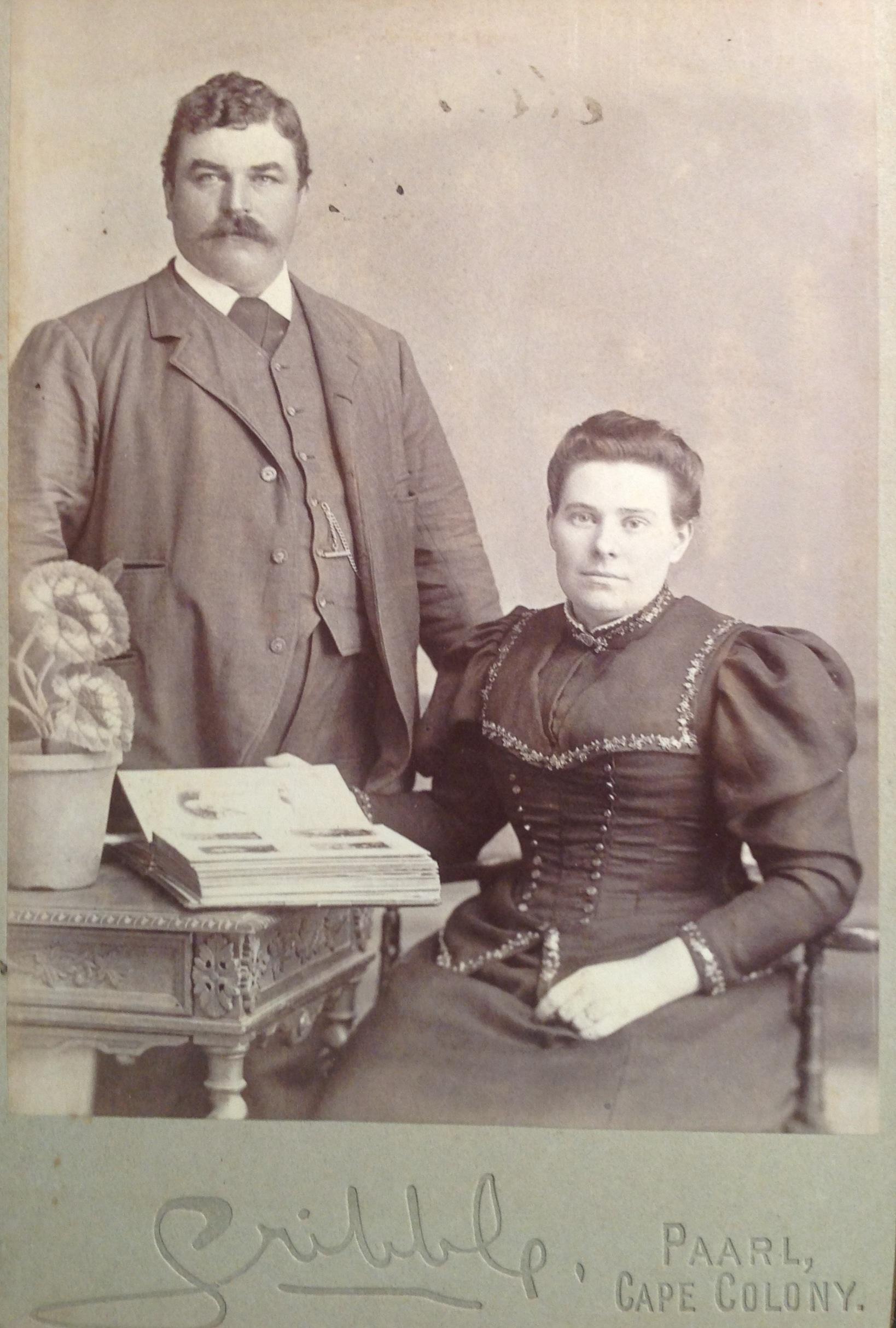 Cabinet format photograph (circa 1905) by photographer Gribble from Paarl. Note the Victorian photograph album on the table.

Cabinet format photograph of the Hosken children by photographer JM Murray circa 1898 via Carol Hardijzer Pietermaritzburg.jpg 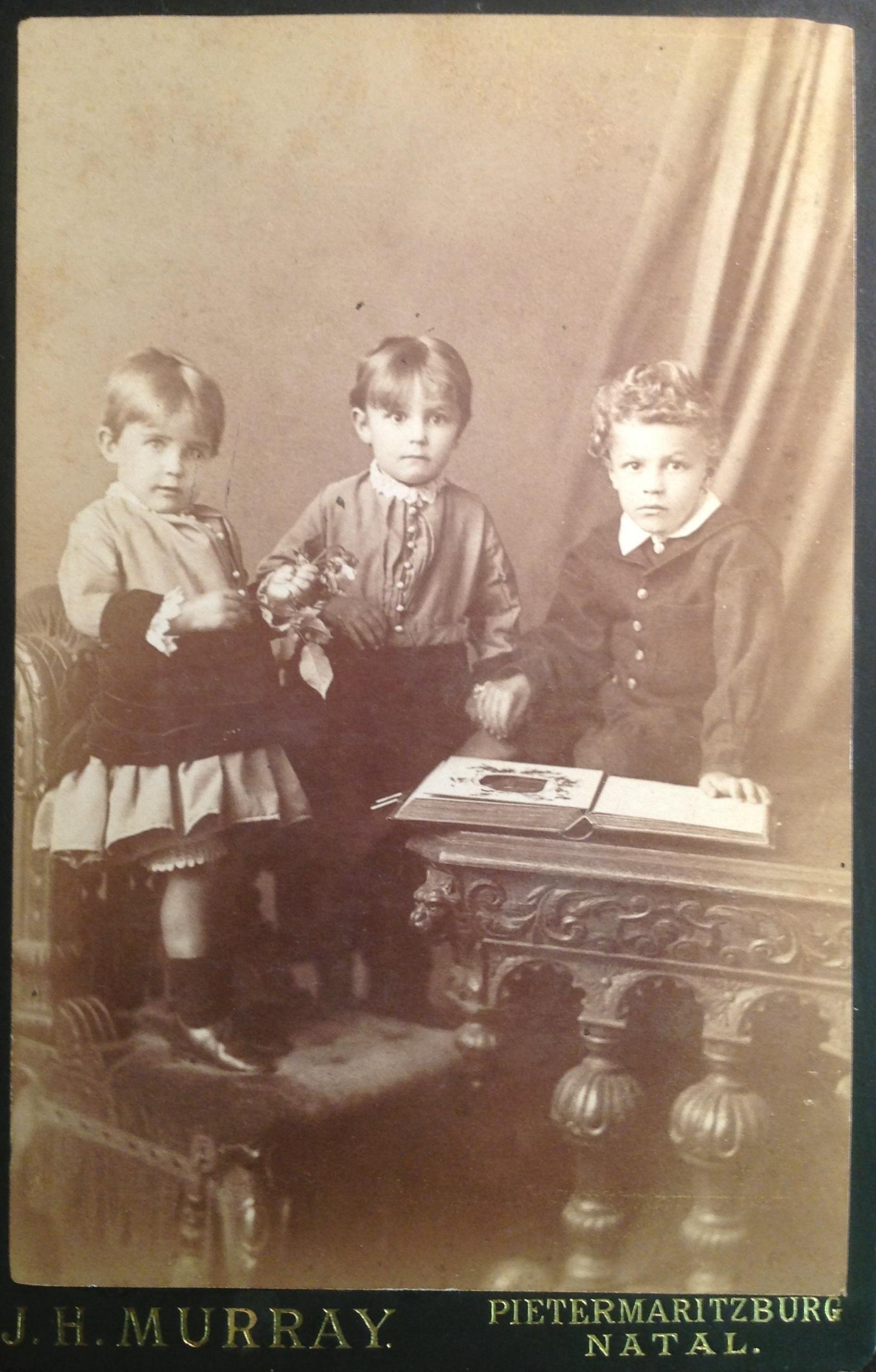 Cabinet format photograph of the Hosken children (Muriel, Ena & Wesley - circa 1898) by photographer JM Murray based in Pietermaritzburg. Note the Victorian photograph album on the table.

Today, as it would have been the case 100 years ago, it remains amusing to observe some of the complacent expressions and the affected poses or to study some of the odd fashions and the ingenious photographic trickery.

Although not always visible, even the backs of these photographs are typical specimens of contemporary artistic taste.

The Victorian albums continued to enjoy some popularity until the outbreak of the 1st World War, but with less individuality and in a much more limited range of materials. The lavish range of styles and materials diminished over time.

Page from a Victorian photo album holding a Cabinet Card – poetic extraction from the Canterbury Tales via Carol Hardijzer.jpg 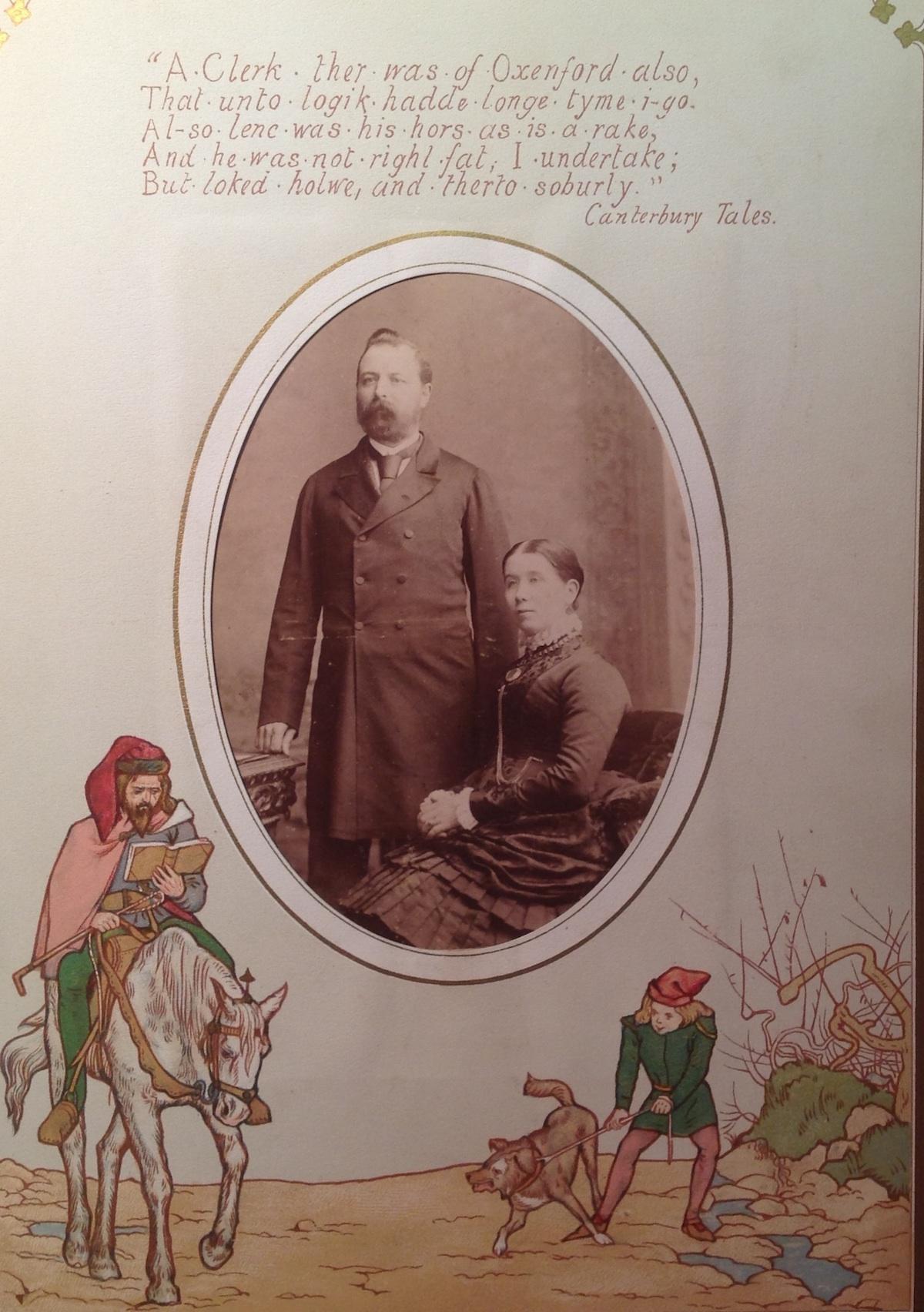 Page from a Victorian photo album holding a Cabinet Card – poetic extraction from the Canterbury Tales with an associated visual presentation.  The Canterbury tales were written in Middle English by Geoffrey Chaucer between 1387 and 1400. 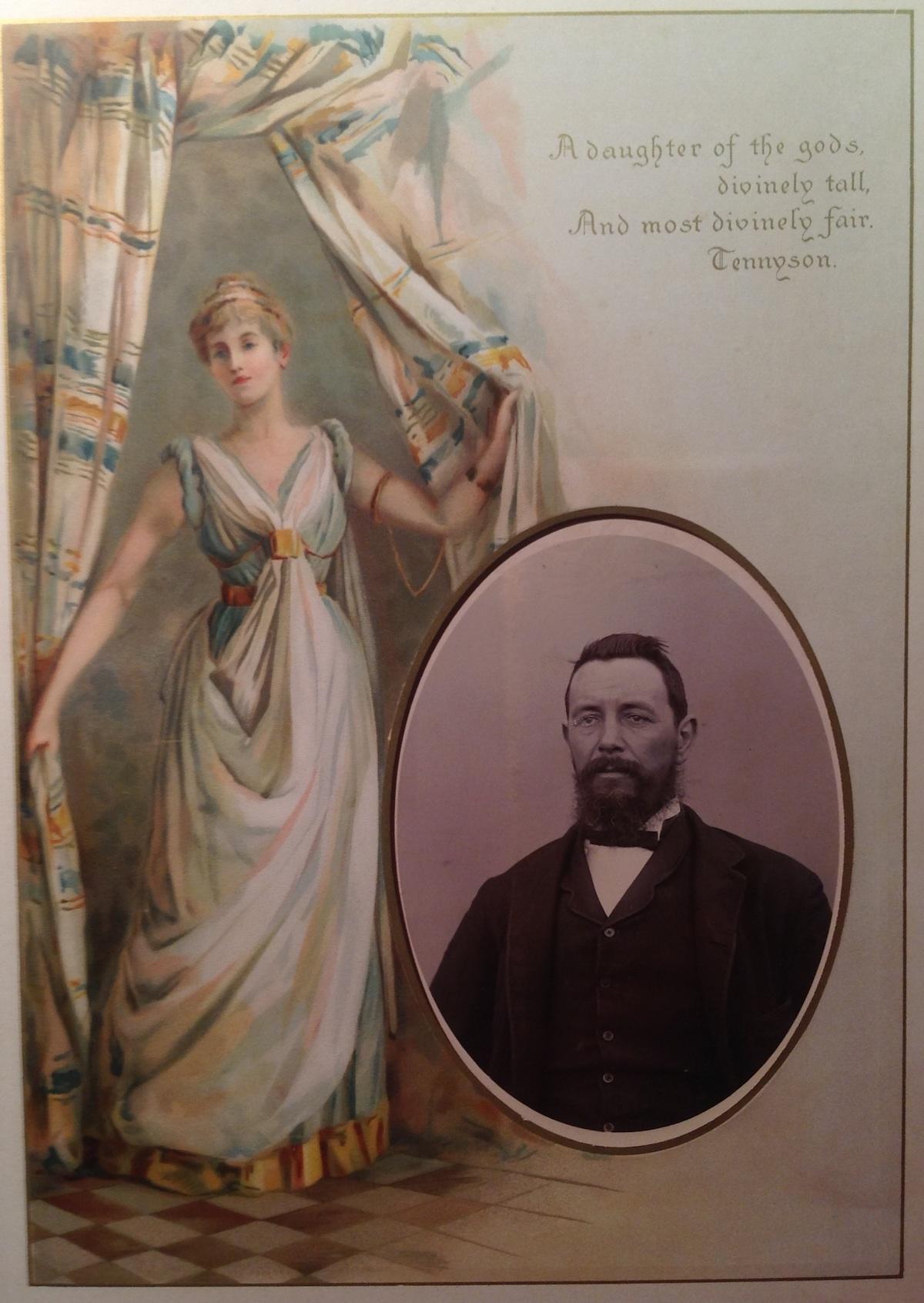 Cabinet Card photograph surrounding that contains a poem by British poet Alfred Tennyson reading: “A daughter of the Gods, divinely tall, and most divinely fair”

The albums referred to in this article are not to be confused with the snapshot album, typically found in households from the 1900s onwards. Images in the Victorian photo albums were mainly taken by professional photographers with their own studios whereas snapshots were images produced in mass by amateurs and are therefore a presentation of the amateur photographer’s vision. These photographs, less formal compared to the studio based photographs produced for the Victorian albums, include a broad range of human activities usually overlooked by the more established professional photographer as trivial and unimportant. They certainly include a vast range of fascinating human activity and detail. 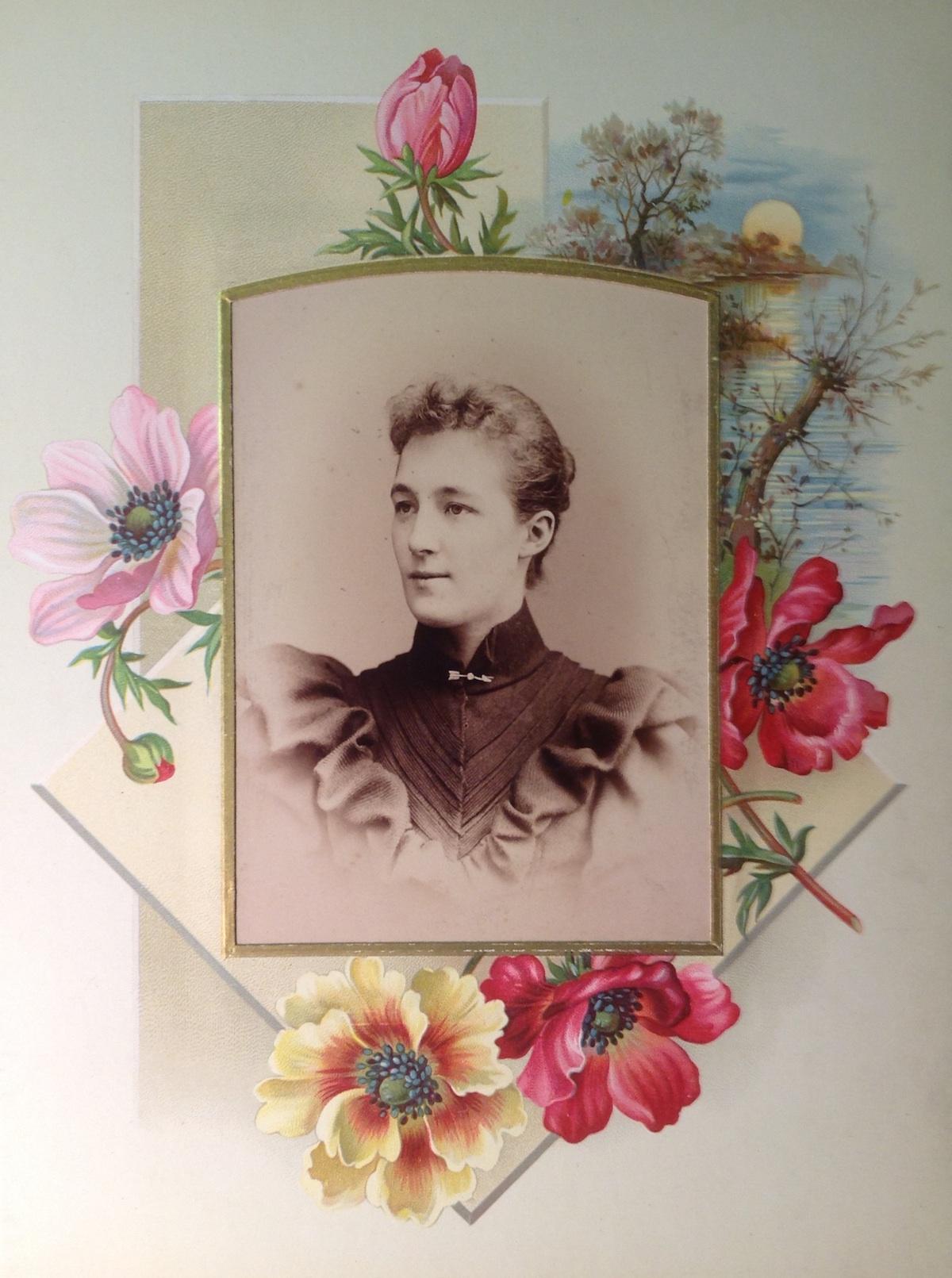 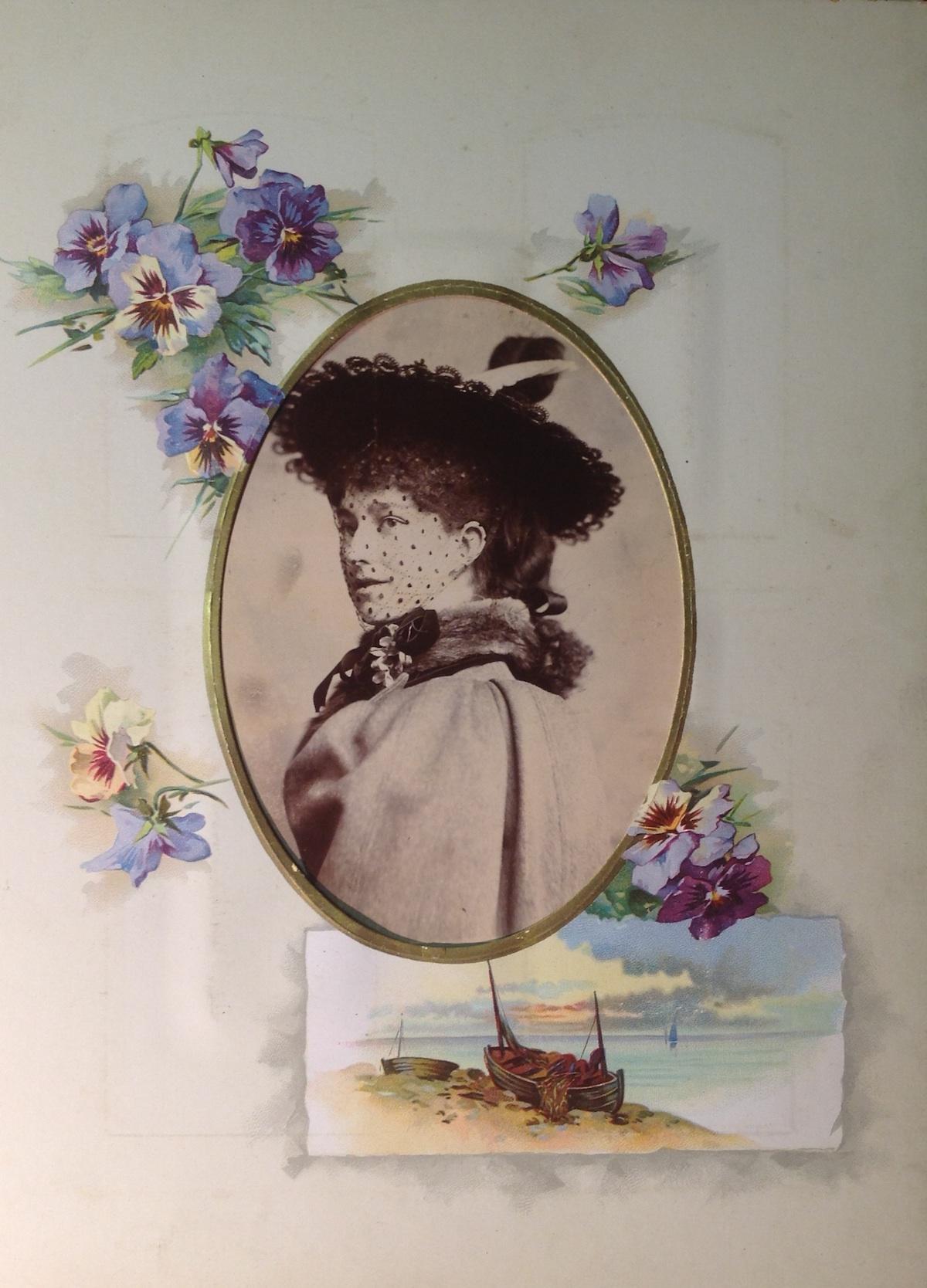 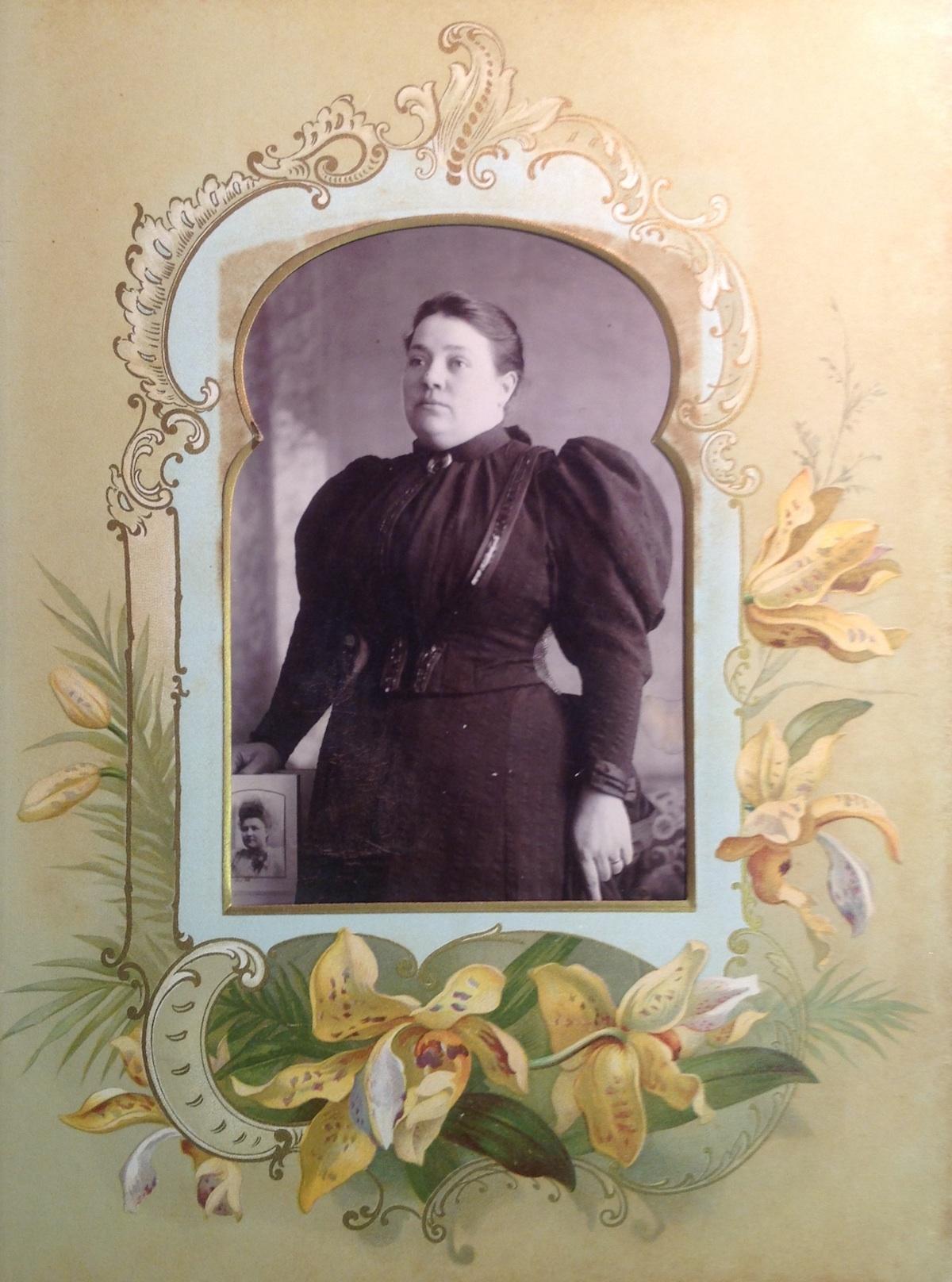 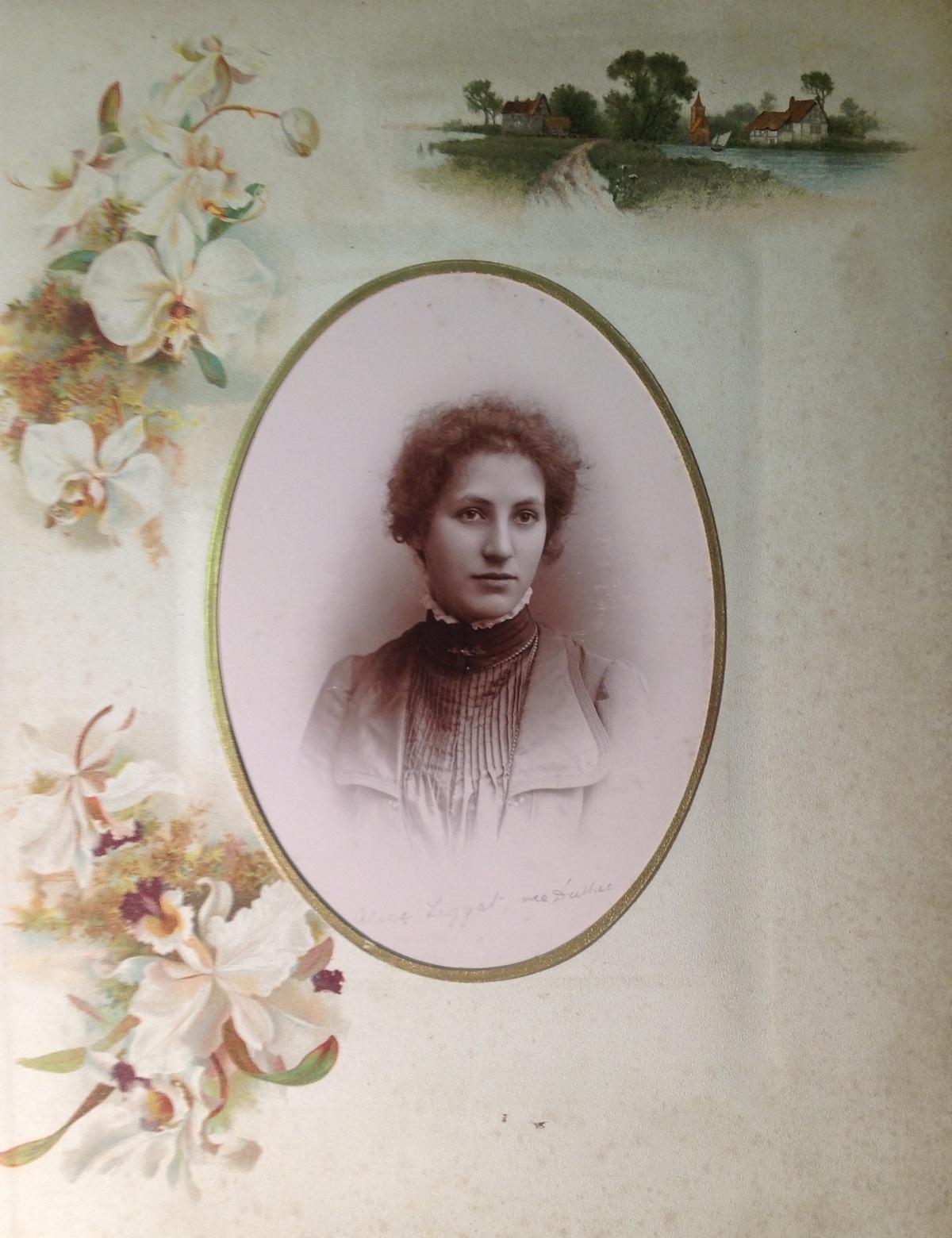 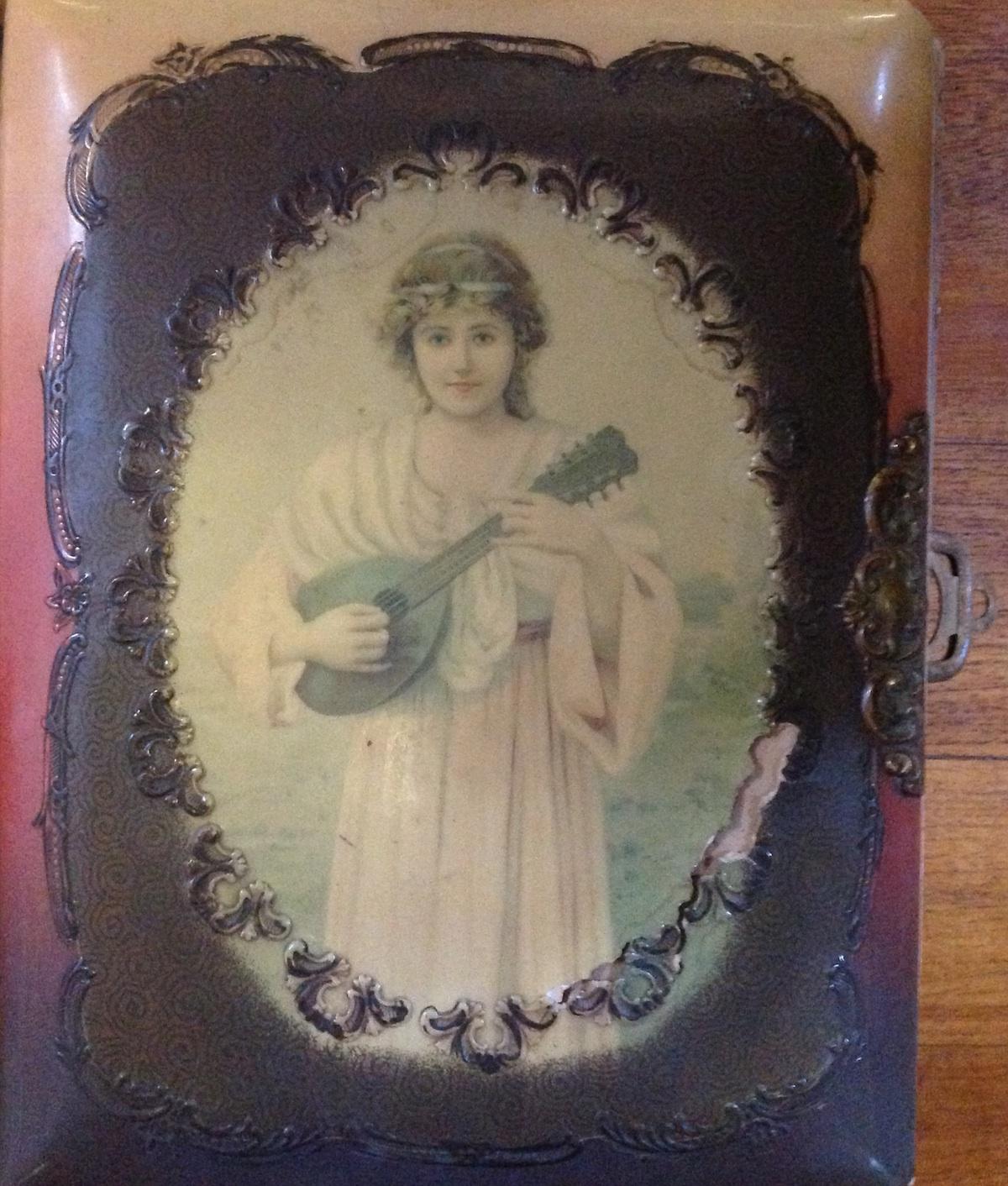