Unpacking the history behind this 1919 Ravenscroft photograph

This photograph has been in my wife’s Goles family since it was taken by Ravenscroft in about 1919 (click here to read more about Ravenscroft). Standing in the doorway of the Olympia Café is my wife’s Greek grandfather Athos (Arthur) Goles – who owned and ran it from the day it opened. To the right is the Olympia Picture Palace the then new bioscope that, as can be seen, is advertising the film The Vigilantes released in the USA in 1918.

The photograph was only recently identified as a Ravenscroft when the badly foxed and damaged board it is mounted on was carefully examined and his signature in pencil was found. 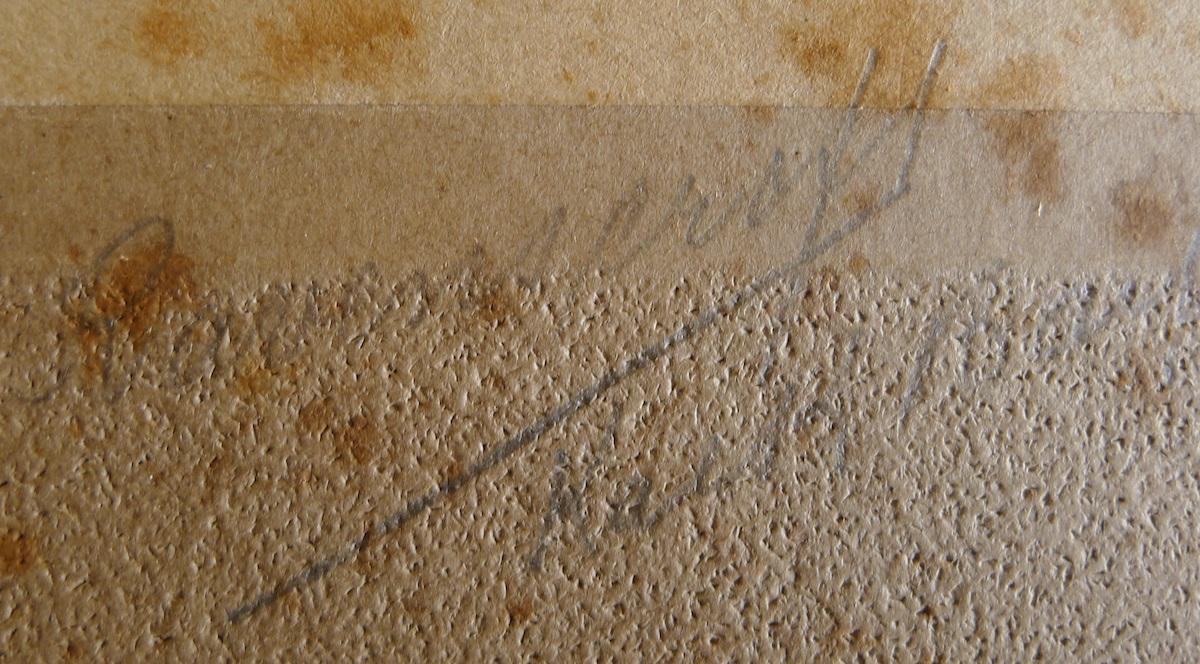 Harbour Mansions was built by the then owners, the Lazarus brothers in 1918 to the drawings of architect Leon Norman. 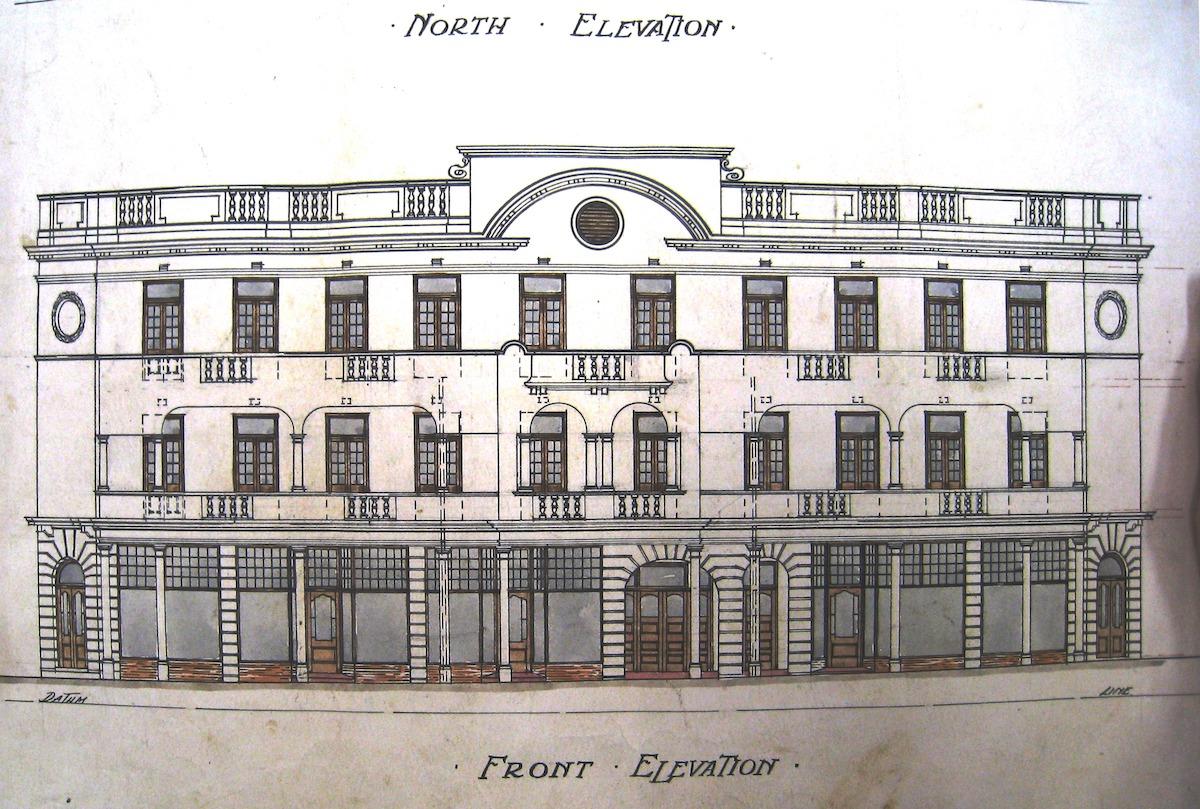 For its time and place it was a very big development and the building now known as the Olympia Building, remains a landmark opposite Kalk Bay harbour to this day.

At the other end of the ground floor was E. Pratten’s General Dealer and the picture below shows a donkey cart loaded with among other things boxes of ‘Atlantic Motor Spirit’ – petrol. 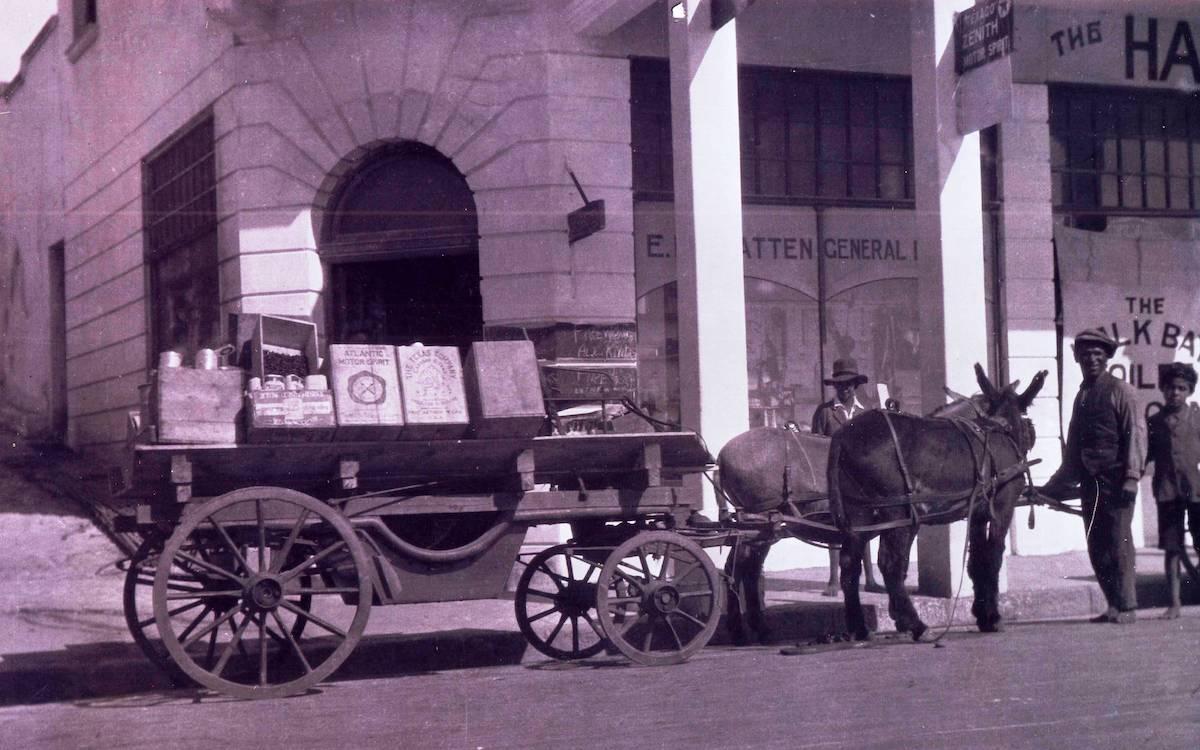 Arthur Goles died in Kalk Bay in 1936 and the Olympia Café became a typical corner shop owned and run by a succession of Greek families. In 1997 a restaurant and deli was opened by Kenneth McClarty. The name was retained and thus has been used here for 100 years. The Olympia Café is renowned far and wide for its atmosphere and fine food.

In 1931 the Olympia Picture Palace, later Olympia Bioscope, moved from silent films when African Theatres Ltd introduced a sound system.  It had been designed with racial segregation in mind, with 360 seats downstairs for whites and 126 upstairs for coloureds.  By the 1960s it was still a popular ‘bug house’ although showing its age. The curtain was opened by the usher turning a bicycle cog fixed to the wall!  The interior was destroyed in a fire in 1968. It is now owned by the Olympia Café and operates as the popular Olympia Bakery.

About the author: Steve Herbert is secreatary of the Kalk Bay Historical Association