The German Churches of Northern KwaZulu-Natal 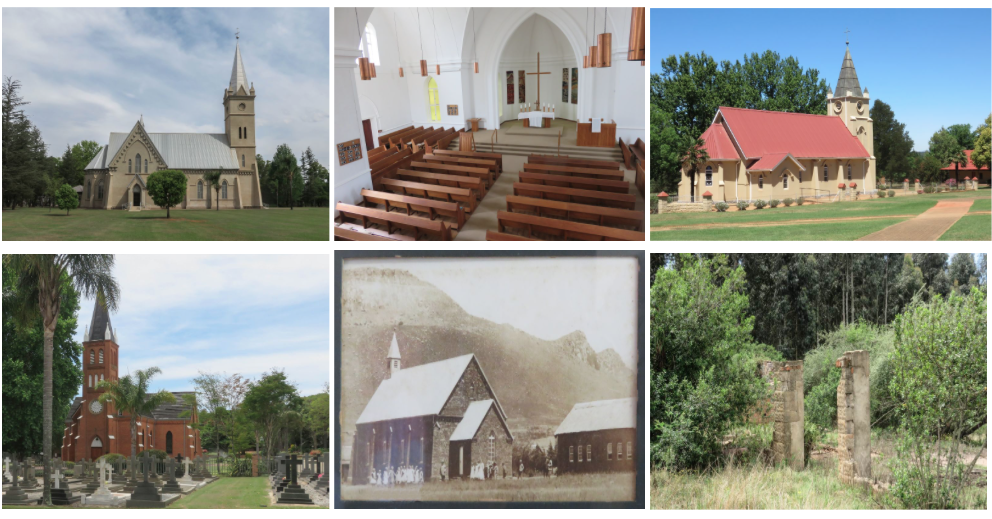 German missionaries and colonists left their mark in the form of churches along the northern border of KwaZulu-Natal. These were mainly the missionaries sent out by the Hermannsburg Mission Society (HMS), who entered Natal from the 1850s onward. Missionary work amongst the Zulus was their predominant aim. Later they spread out to the Transvaal.

In this article, I’ll restrict myself to the churches of the colonists along the KZN/Mpumalanga border. Initially, the instruction to the missionaries was that they must go and live among the people, become part of their day to day lives, learn about their ways and preach the gospel. It was very quickly found that this was not very practical and the society thought it necessary to send out tradesmen and farmers to establish mission stations. These were to become an economic entity to provide for daily bread and spiritual comfort and worked reasonably well until the mission society ran out of money and was unable to pay their staff.

In 1860 the superintendent of the HMS, Hardeland, had obtained permission from the Zulu king Mpande to establish stations in the north near the Pongola river. He sent out two missionaries, Prydtz and Moe, plus supporting staff to establish stations at eNcaka and eNtombe. When the money ran out the people of the stations had to make a plan, and they did.

One of the schemes was to chop down big trees, cut them into planks and sell them in Barberton and Durban. This provided some cash to buy agricultural implements and various other requirements to begin farming. The missionary staff became colonists.

The colonists at eNcaka named their area, Lüneburg, so called after the town in Northern Germany where many of the colonists had come from. The station at eNtombe is still there under the same name and is still a mission station.

First, they built a church from sod (blocks of grass stacked up to form a wall), a building method that was widespread in the northern parts of Europe. This church was followed by one built using the rocks found in the area. Then finally, in 1883 the majestic church as it stands today was completed. Well, not 100% correct, a stone states that the church was extended in 1969. Alas, I have no information of this. The church was refurbished in 2007 and recieved a new organ. 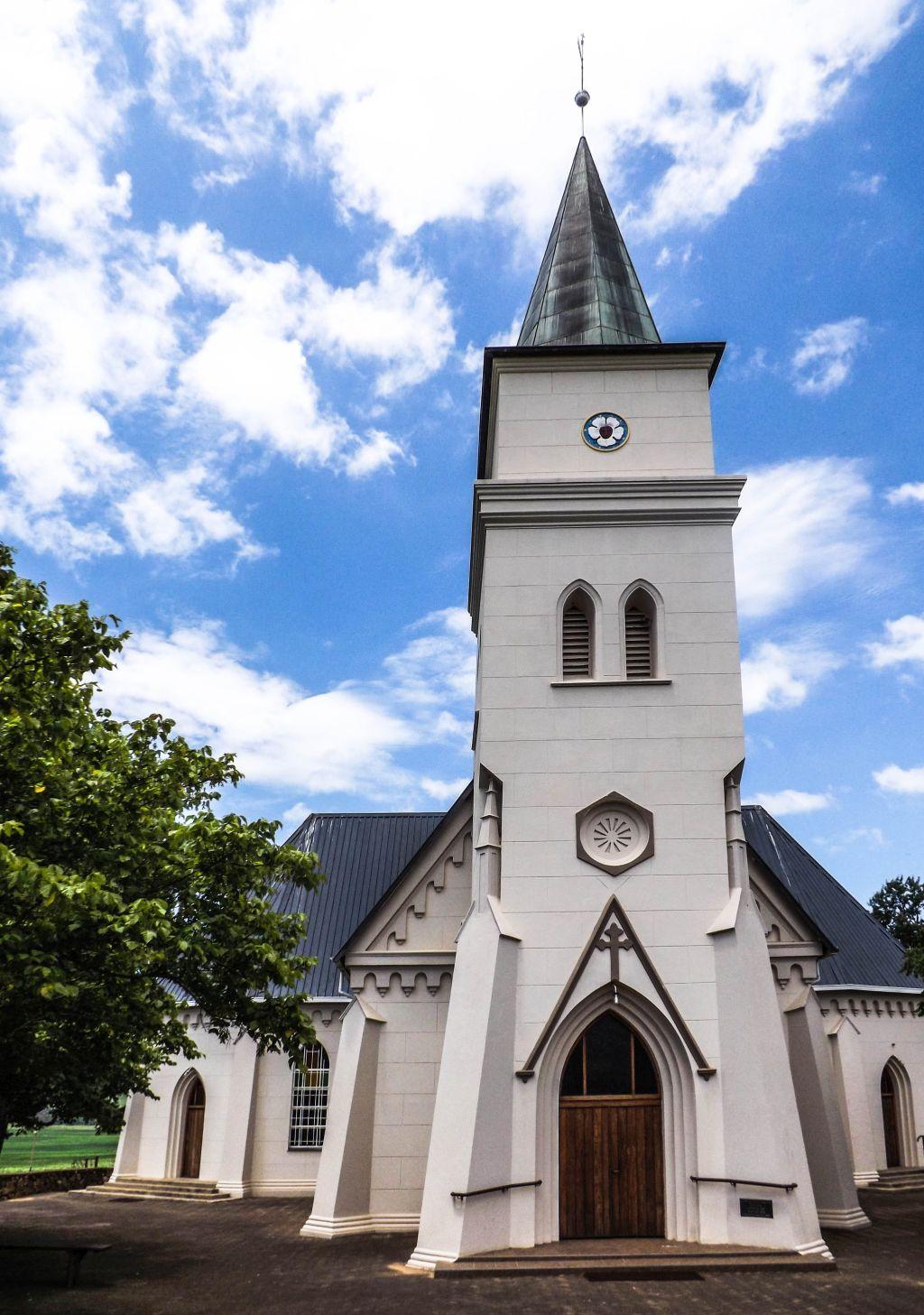 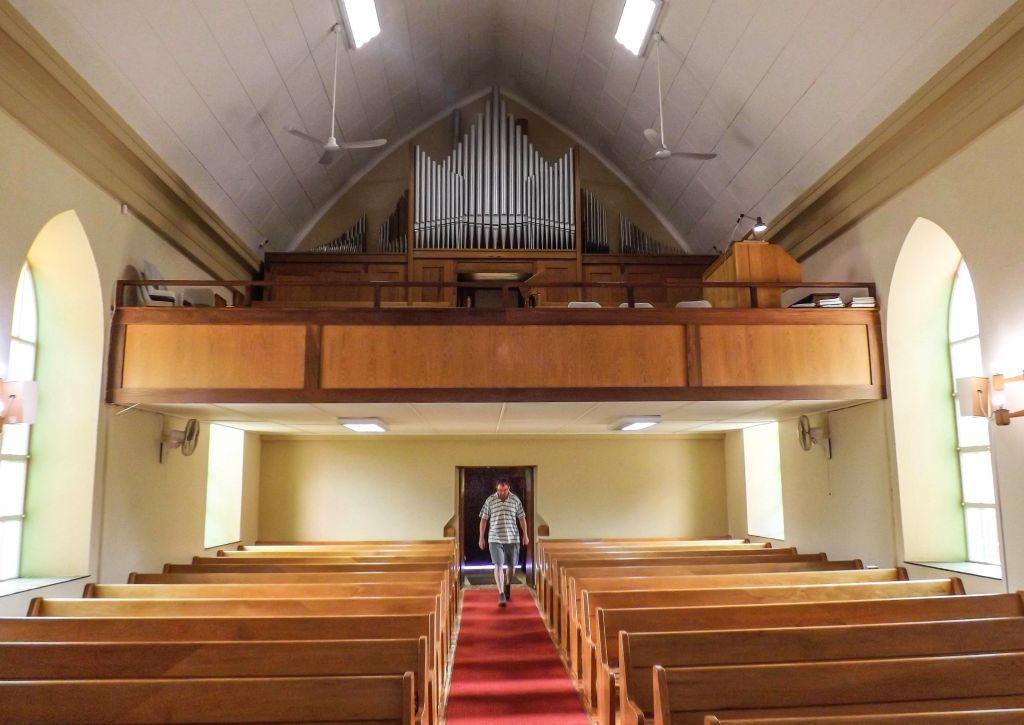 The congregation of Lüneburg had their ups and downs. Low points included the Zulu War and the time when the renegade Swazi prince Mbilisi threatened the security of the area. The church served as a fort in those days.

Another tough time was when there was a split in the congregation in 1892. This was mostly political and went back to something that happened in Germany. Full details can be found in Reference 2. In 1890 the HMS and the Hanoverian Free Church agreed to a merger with the state church. This set off a bit of a rebellion and caused some resignations from the HMS. The congregation at Lüneburg had to decide who they wanted to belong to. It came to a vote where the majority voted for staying with the Hanover state church and being part of the Hermannsburg Synod. The minority had to move out and form a new congregation. This was the origin of the Braunschweig congregation. 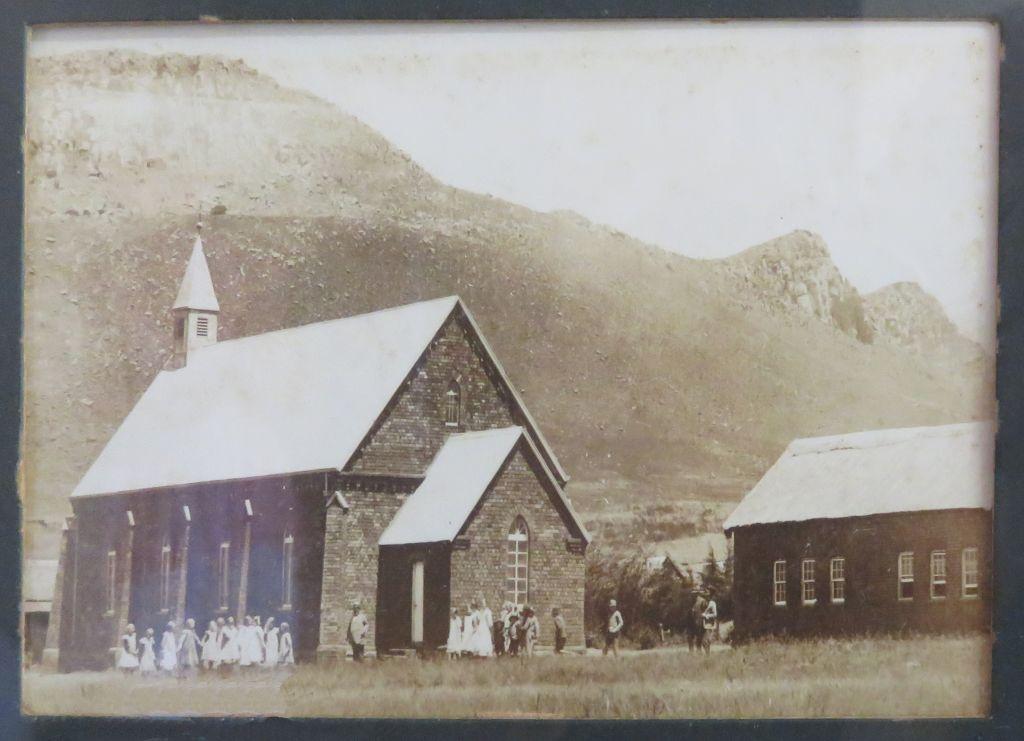 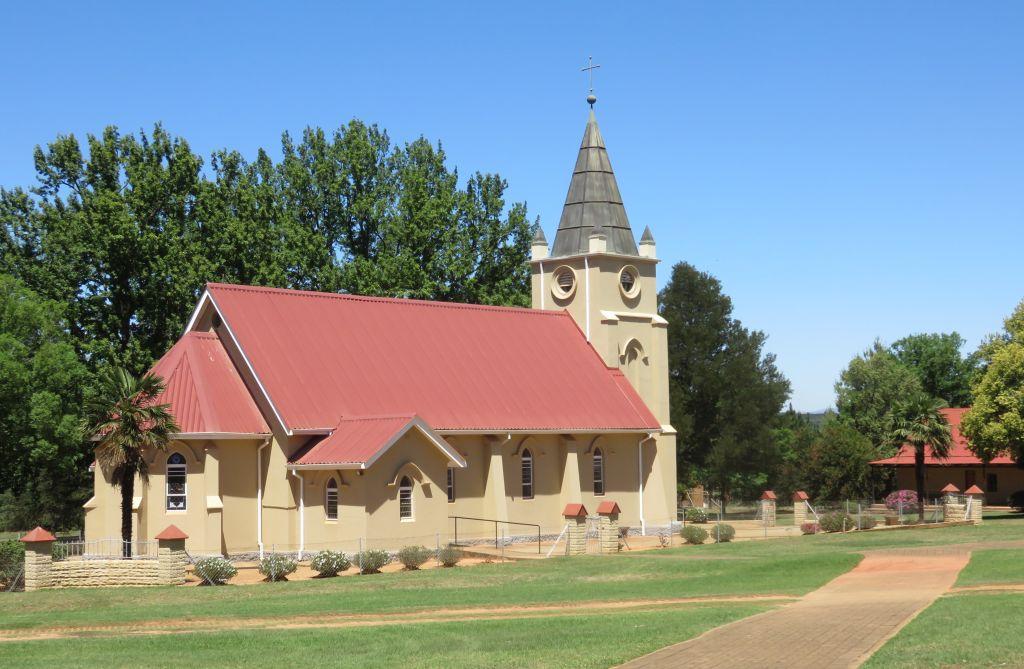 Braunschweig is about 7 km down the road from Lüneburg and close to the eNtombe mission station.

A start was made by August Hinze who donated 100 acres of ground so that a church and a school could be built. The name Braunschweig was most likely due to Hinze who came to the country as an HMS colonist in 1858 and originated from Braunschweig in Germany. Building the church started almost immediately and it was inaugurated in 1897. The building was renovated, modified and a tower was added in 1928.

Inside Braunschweig Church via Horst Muller.jpg 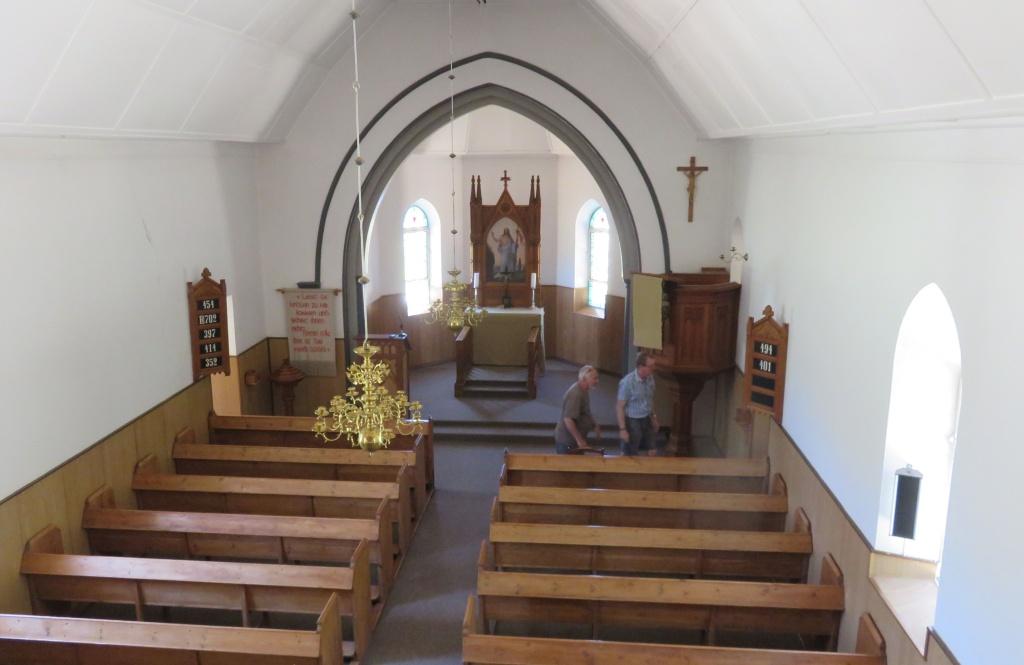 With time, the German communities increased in number and in geographical size. It was the rail link from Natal to Piet Retief that brought farmers from Lüneburg and Braunschweig to the area. August Schütte opened a store (general dealer, I presume) near the Commondale station. It became a meeting place for the German-speaking farmers as well as the embryo of a church congregation. The farmers were actually members of the Lüneburg and the Braunschweig congregations who felt because of distance to their churches they should form a new congregation in the area. 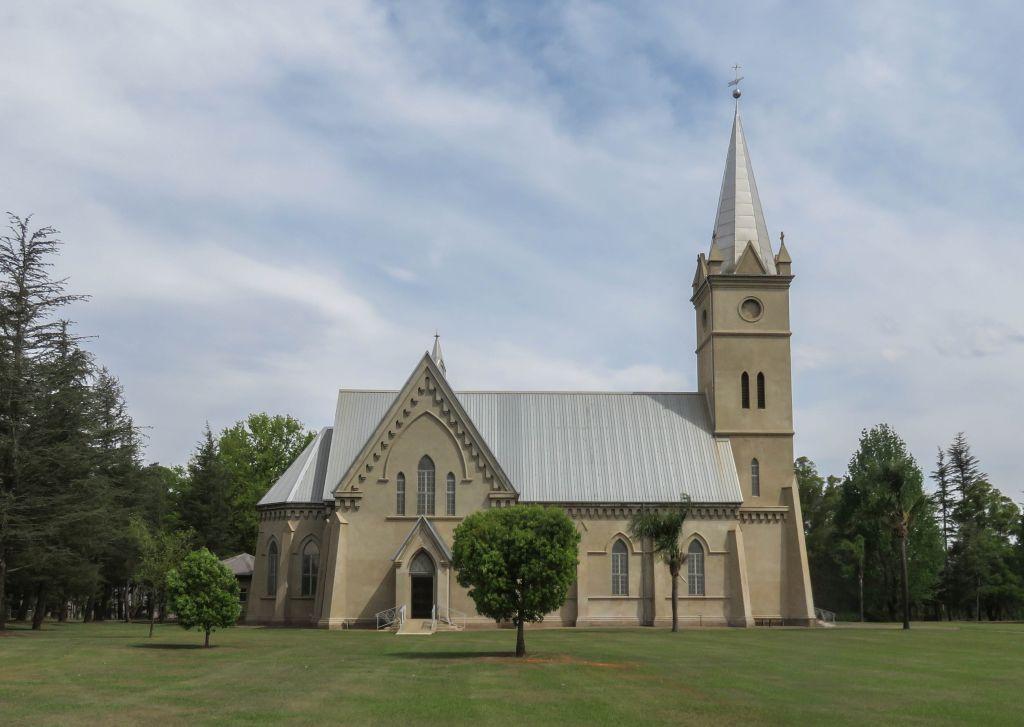 A complicating factor was that they belonged to two different synods (see details above about the split). It was put to the vote and the majority (12 to 5) decided to affiliate to the Free Evangelical Lutheran Synod of South Africa, same as Braunschweig. The minority simply accepted that decision. 17 in total doesn't sound large but one has to remember that only male members had the voting right in those days. Thus the congregation would have been around the 30 to 40 counting wives and children. All this happened in 1923. The name Augsburg was decided on because it was the Augsburg Confession, the basic statement of beliefs of the Lutheran church, that was common to both synods.

On the ground donated by August Schütte they erected a chapel and a school. With increasing numbers, the chapel became too small and it was necessary to build a church of adequate dimensions.

Inside Augsburg Church via Horst Muller.jpg 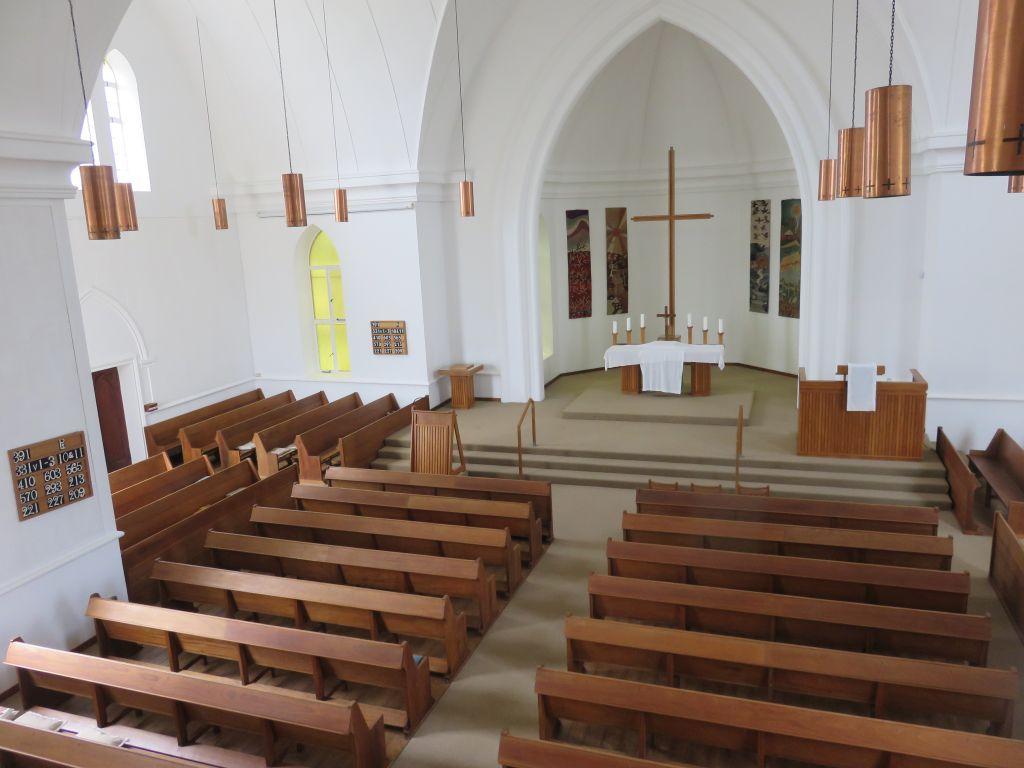 The church was designed in a neo-gothic style by Friedrich Schütte. I am not sure if he was an architect, but he was certainly very talented to come up with such a majestic design. The church was inaugerated in 1940 and is still in use today.

And then there is Wittenberg to the south of Piet Retief. But before I write about that I have to tell you about Bergen, which is the place Wittenberg originated from. I could not find out much about its history. In ref 3 it is stated that the congregation of Bergen was formed in 1884. This came about because of expansion of the population (German) and acquisitions of farms further afield.  The church and school opened in 1893. The site has been abandoned and only ruins are remaining. 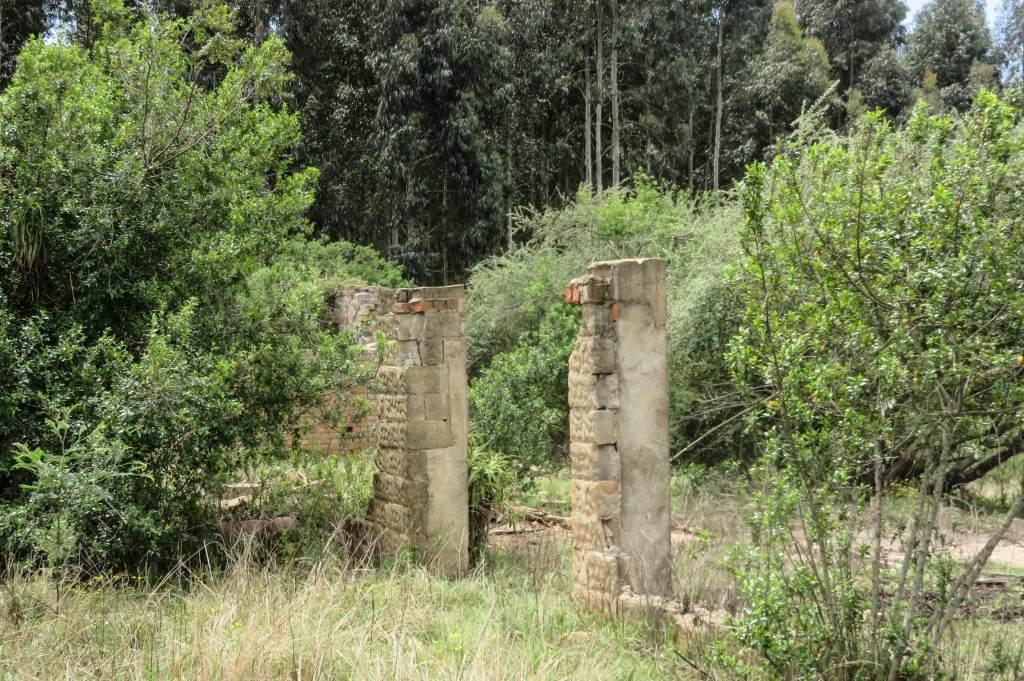 Both structures were destroyed during the Anglo Boer War. After the war, some members asked that the church be moved closer to Piet Retief where many of them lived. When they did not get the support from everyone, a group of 12 split off and moved anyway to establish a new congregation at Wittenberg.

The Bergen church and school were re-built. I am not sure when the buildings were abandoned. One feature that was left intact and is still being looked after is the cemetery. 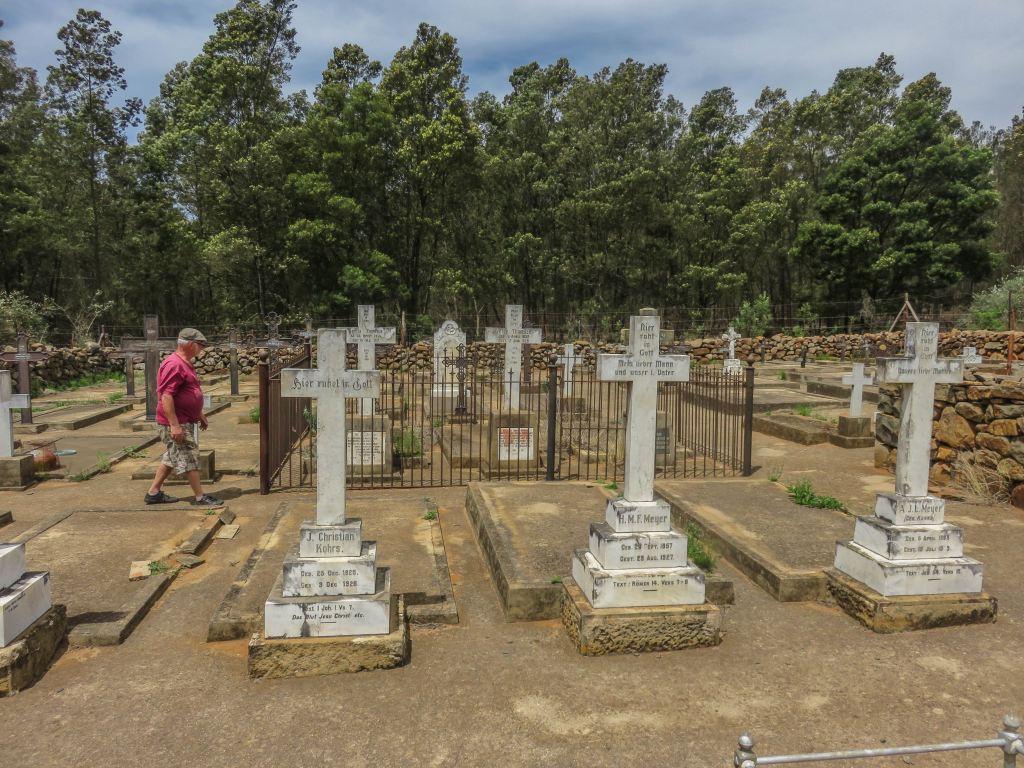 Wittenberg was quickly established with a hall for church services and a school which started in 1903. I presume the name Wittenberg was chosen because it was the place in Germany where Martin Luther got the reform going, now 500 years ago.

A larger church using red bricks was started in 1920 and completed 1921. The press that was used to manufacture the bricks is parked in the grounds as a monument to the effort put in by everyone on the project. 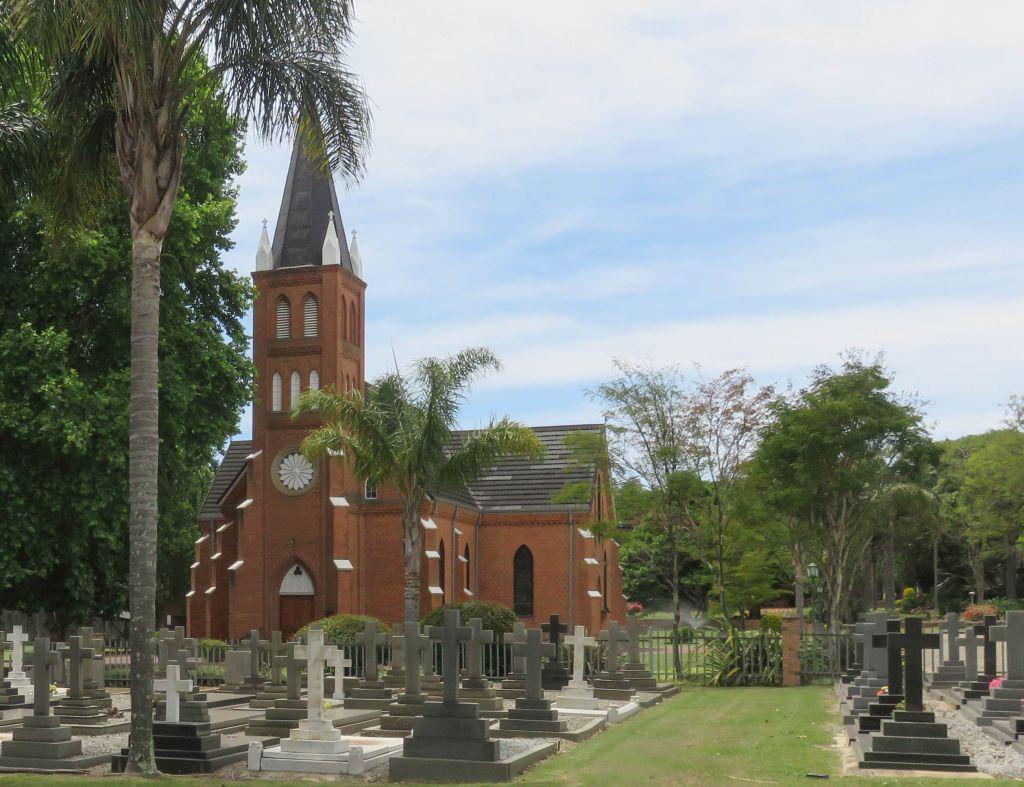 A quick note on the heritage aspect of these objects. I don't think one needs to be concerned as the churches, surrounding buildings and the grounds are all very well looked after and maintained. Among the German-speaking people, there is a very strong community spirit which, in my assessment, will continue into the next generations. After all, it has been going for six generations, why should it suddenly end?