Life in exile for the teenagers who survived June 16th

In the article below, journalist Lucille Davie reveals the story of Dee Mashinini and his family's painful experiences in the aftermath of the June 16th uprisings. The piece was first published on the City of Joburg's website on the 22 May 2007. Click here to view more of Davie's work.

Life in exile for the teenagers who survived 16 June 1976 was hard. Some left their homes at 15, adrift in a strange country and without emotional support.

This was true for people like Dee Mashinini, the younger brother of Tsietsi, a student leader who died in Guinea in 1990 - the year most exiles started coming home. 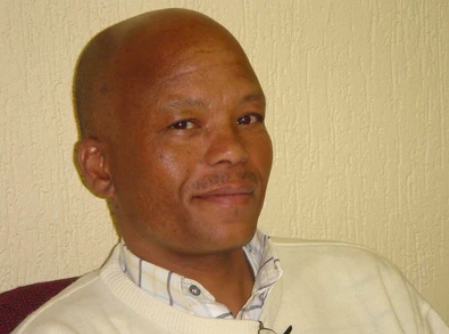 "Many of us were young. I can't forget faces of youngsters crying, wanting to come back home just six months after they left. It was not easy; we cried and consoled each other, we tried to be strong, we grew; and then it was 15 years since we left," he says.

Mashinini spent 13 years in exile, returning at the age of 28. Sixteen years later he's settled in a job as a marketing manager, obtained with the aid of the senior diploma in journalism and mass communications he obtained while in exile.

Mashinini is one of 13 of Nomkhitha Mashinini's children. Three of his brothers, Elvis, Ronald and Tshepiso, died in the 1990s.

There was not much to do in exile. "Exile was a confined environment with not much to do other than political education, global awareness, training and development."

Communication with home was non-existent. Mashinini says that if family in South Africa tried to communicate with those in exile, they were charged with having contact with terrorists. Besides, areas where exiles stayed were often in remote places, at times 500km from cities and postal services.

Mashinini says that after 16 June he and his friends were harassed by the police.

"In 1976 I was part of a group of youngsters whose activities included implementing instructions from the student leadership. In the night we would hide and compose placards and banners that would carry the messages on the actions of the students and in the mornings distribute them to students as the marches started. The police became aware of our actions."

These actions included trying to stop people from going to work to "sabotage the white economy". They did this by gathering at train stations and speaking to workers. "This led to harassment from the police and we started hiding away and sleeping in different places while continuing with our actions."

But the pressure mounted and their efforts couldn't be maintained.

"Finally this became difficult to sustain, as more of us were arrested. Then I left." That was in 1977 - he followed Tsietsi and his oldest brother, Ronald, and the steady stream of teenagers who left the country.

Mashinini had the difficult task of bringing home to his family the body of his brother Tsietsi. He was also the last family member to see Tsietsi alive, in 1986, 10 years after Tsietsi fled the country. "Then came his death and the news circulating all over the world and in South Africa. I was in Zimbabwe and I worked very hard to get the body buried in South Africa."

Body of activist to be flown home to SA - Newspaper Headline June 16 aftermath.png

Newspaper headline from the time

The 1990 funeral of Tsietsi Mashinini, with his brothers his pallbearers

Mashinini's main fear was that his brother would be buried in Guinea, as poor refrigeration facilities meant bodies had to be buried soon after death. Despite poor communications with the Guinean authorities, he finally managed to get Ghana airlines to fly the body to Zimbabwe, paid for by the US Embassy in South Africa. But his problems were not over. "[The] Zimbabwean immigration official refused me permission even to double check if it was the right body. We flew to Joburg and buried Tsietsi."

It was probably the hardest thing he has ever done. "It was like the only thing I lived for was gone!"