Growing up on a Sandton Farm 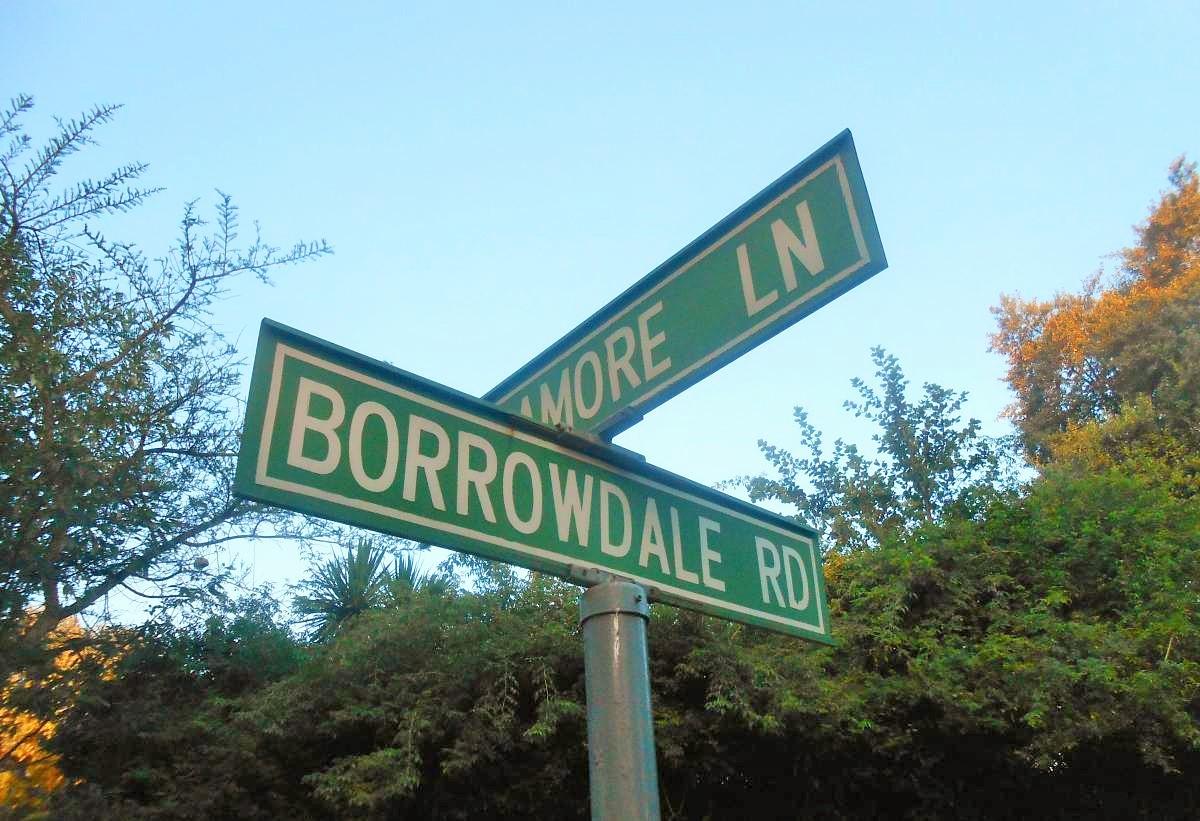 The aerial view of the old Borrowdale Farmhouse and outbuildings is truly remarkable. Today the area is dotted with established trees and multi-million rand homes so it is hard to imagine the rural landscape of the past. In the article below Valerie Gordon-Bennett shares some of her memories of growing up on Borrowdale Farm before and during the early days of Sandton. The article first appeared in the 1994 annual magazine of the Sandton Historical Association. 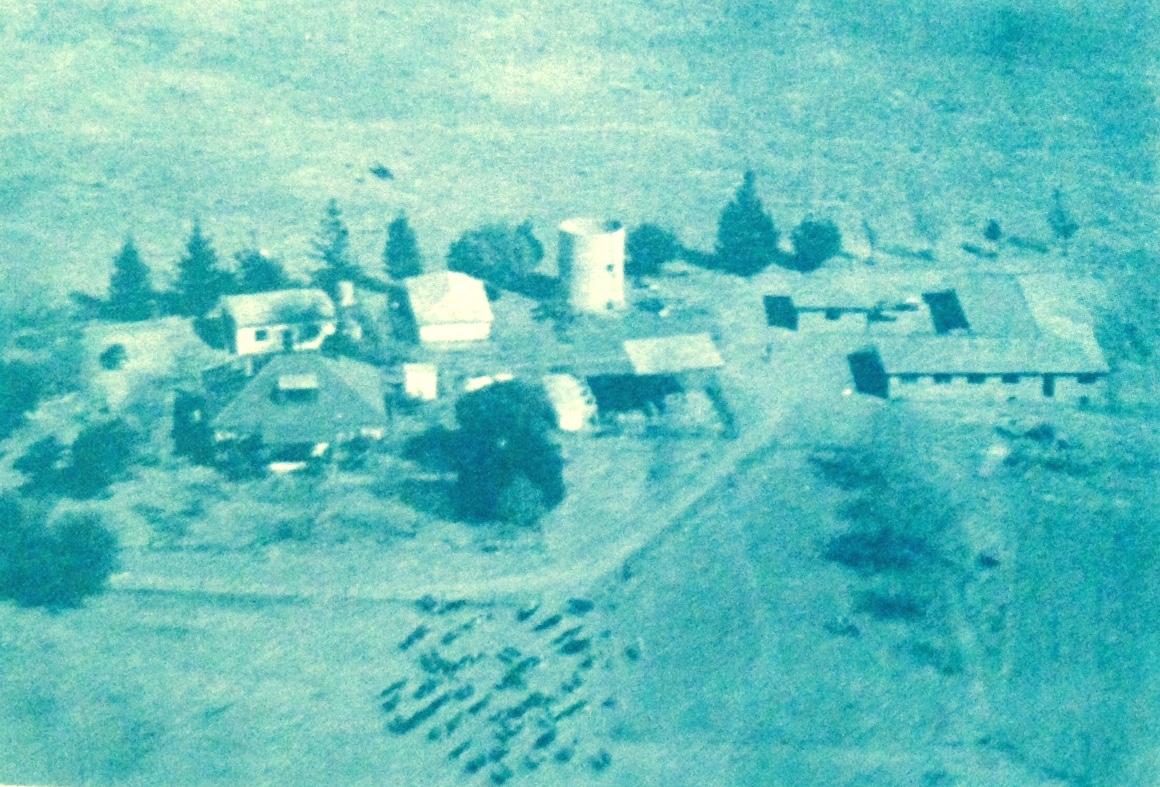 An aerial view of Borrowdale Farm 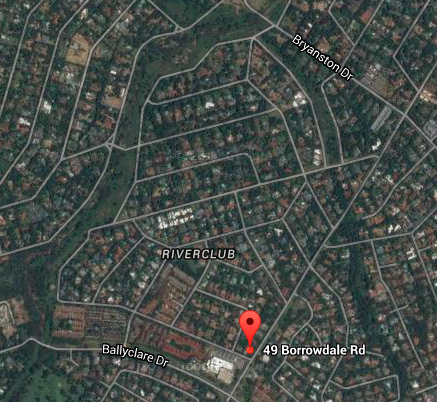 The name ‘Borrowdale’ came from my great-grandfather, William Spark, who lived in the small village of that name in the Lake District, and operated a ferry on Derwent Water. His son, my grandfather, Joseph Spark, came to South Africa in 1898 and worked as an engineer on the railways. He married in South Africa but returned to England where he had two sons - Hector and Joseph. The second son, Joseph, was my father, and although he was born and brought up in Keswick in England, he came to South Africa in 1924 at the age of twenty-one. He worked as a fitter and turner on the mines and married Marjorie Eva Burton of Parkwood in 1926. They had three children, my brother Derwent (his name also a connection with the Lake District) my sister Shirley and myself.

My father started a dairy farm on ten acres in 2nd Avenue, Illovo, calling it ‘Illovo Dairy’. Then, around 1934, he bought a property which had been ‘Portion J’ of Driefontein Farm. He built some stables and a dairy and we moved there in 1936, living in an old shed while he built a new house. He kept his milk depot in Illovo at ‘Hillcrest’ in Fricker Road, the home of his aunt and uncle, Sally and Charles Thompson, retaining the name ‘Illovo Dairy’ for his business, but moving the cows and milk production to the new farm which he named ‘Borrowdale Farm’ after his grandfather’s Lake District village. At the time I was five years old, so I spent most of my childhood and teen years there.

Joseph Spark built the four-bedroomed house in Borrowdale Road doing everything himself, from the plans, flooring, roof and plumbing to the stables and dairy, the stones for which were carted by scotch cart and horse from the river. The water supply came from boreholes, but there was also a dam with a spring for use in the dairy and stables. Electricity came first from a generator and then from the V.F.P., the public supplier to the Reef before Eskom was formed. The house still stands at No. 49, Borrowdale Road, on the corner with Coleraine Drive, although the farm buildings have gone and the whole area has become a residential suburb. [A recent visit reveals this is no longer the case] 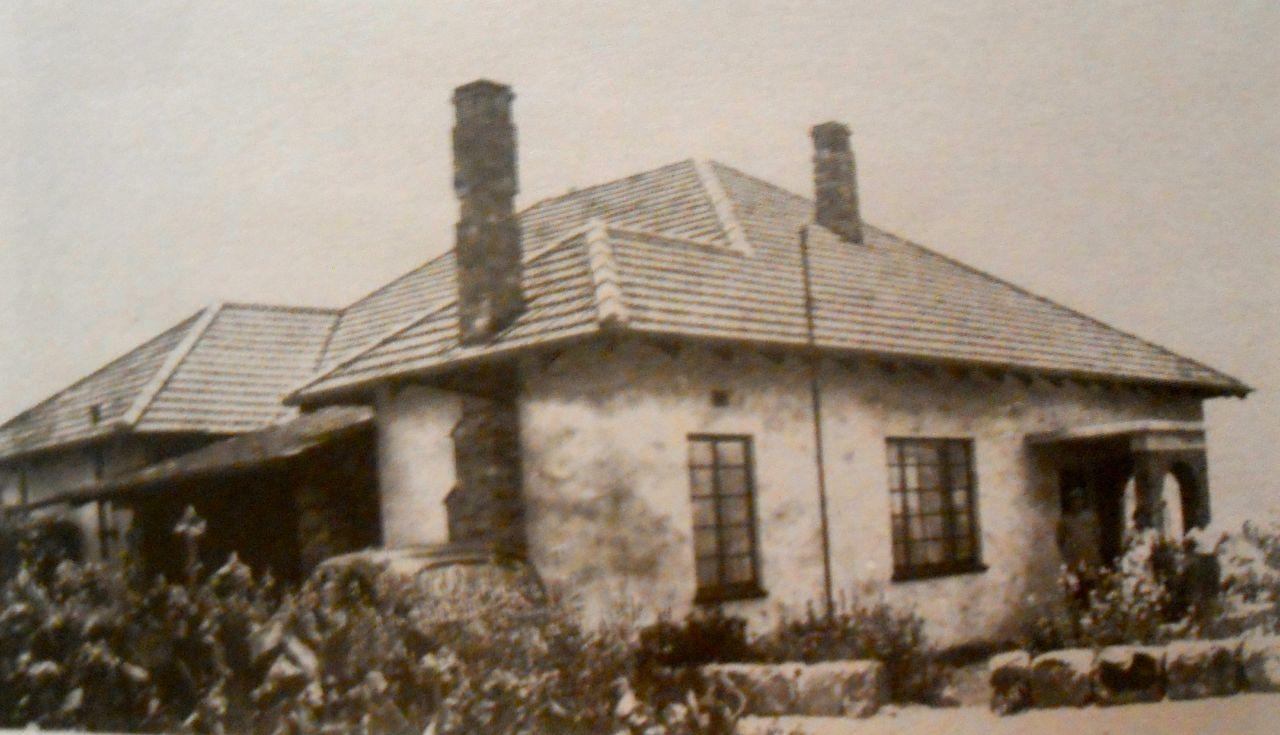 Life on a dairy farm

The Illovo Dairy had about 120 cows. In the 1930s milk cost 3d a pint. Running a dairy was hard work and it kept my parents very busy, milking cows by hand and delivering as far afield as the Zoo in Jan Smuts Avenue as well as Yeoville and Houghton. They also grew their own mielies for cattle feed and employed men to work the farm as well as for deliveries. I can remember one occasion when the horse and cart came home by itself, careering into a tree with a horse on either side. There was milk everywhere.

We used to collect our mail at the Sandown Post Office in Rivonia Road, the only road there being Outspan Road which ran straight to our farm.

We attended Rosebank School to which we travelled mostly on bicycles. I can remember doing this from the age of six, a total of fourteen miles a day. We cycled through Benmore Farm past the Good Hope Tea Gardens (later the telephone exchange and now the little Police Station in the Village Walk shopping centre) [since demolished]. After 1937 there were tarred roads from Dunkeld. However, sometimes, when it was raining, my mother would take us to the bus, and we would be dropped at school by Ben the bus driver. This dedicated gentleman would come into the school to look for us in the afternoon if we were not around the bus stop. Trams only came as far as Soggett’s Corner, the junction of Tyrwhitt Avenue and Oxford Road at Rosebank. 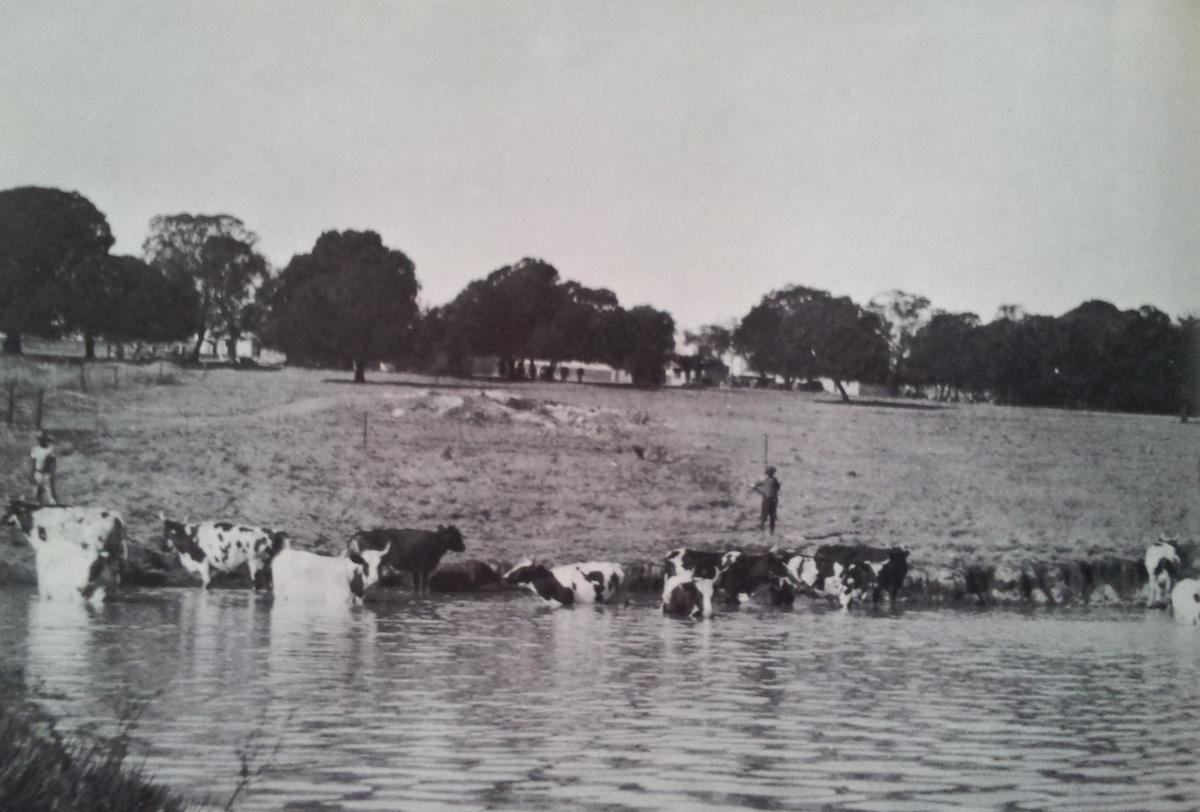 Our farm was considered to be ‘right out in the sticks’, but, all the same I can remember that the Stag Brewery, an early competitor to Castle, used to deliver a case of beer each week to my father.

My brother Derwent remembers shooting a duiker where the Bryanston High School is today, and sometimes we would ride all the way to Kyalami on our horses with hardly a house in between. We also swam in the Braamfontein Spruit which was the western boundary of our farm and which had quite deep pools in those days. The rural conditions in the northern areas continued well into the 1960s after the creation of the new town of Sandton and at that time my nephew Mike still went to Bryanston school on horseback. 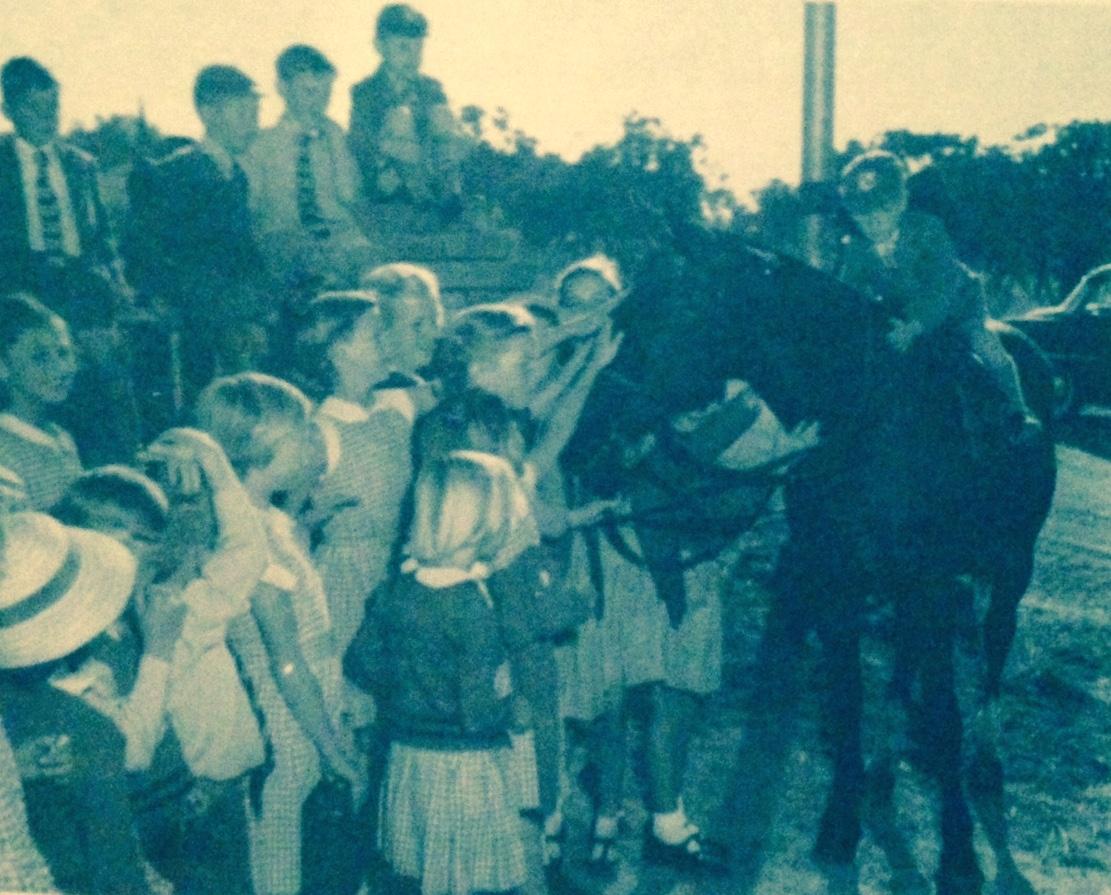 When the Second World War came in 1939 my father joined up and served as a fitter and turner at Robert’s Heights (now Voortrekkerhoogte). My mother ran the farm while he was away and although petrol was rationed she would usually take and collect him at the Old Pretoria Road near Alexandra Township - sometimes in the middle of the night.

After the war in 1945 my parents sold the lower part of the farm near the river which was about 150 acres. My brother Derwent and I then ran the farm until he married in 1949 because my parents had gone to Swaziland. I went to join them and Derwent farmed the remaining 40 acres around the farmhouse for about ten years, when a manager was put in until the property was sold in 1973. At that stage our milk round was taken over by Douglasdale Dairy.

Borrowdale Farm had been in the family for 38 years. I came to Sandton recently to visit old friends and haunts, and discovered that the house was still there although it has now a normal sized garden of about 1000sqm. My father must have built it well as it seems in good condition and will be there, I hope, for many years to come. [Alas not]