Is it still worth planning? 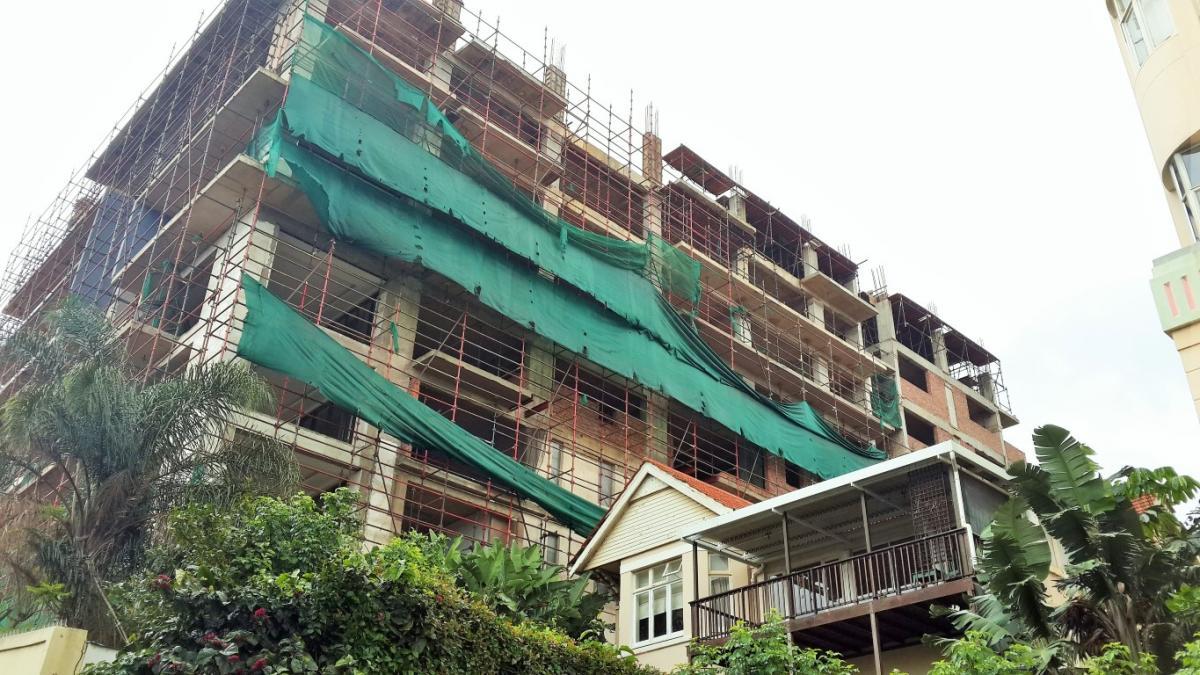 The following article appeared in the 1998 edition of Restorica, the journal of the Simon van der Stel Foundation (today the Heritage Association of South Africa). Jonathan Mercer, then Assistant City Engineer Planning for Port Elizabeth, posed some tough questions about planning and enforcement in our cities. Many of his points are still relevant today. Thank you to the University of Pretoria (Restorica copyright holders) for allowing us to publish the piece.

Cities in South Africa today are faced with an ever-growing demand for development. In many cases developers take the law into their own hands and proceed with development without necessary consent from the authorities. What is happening in Port Elizabeth can possibly be viewed as an illustration of what is taking place elsewhere...

One of the many aims of urban planning within a City's local authority is to ensure that land uses complement one another as growth and development occurs. It also aims to protect the interests of the broader community against what might be selfish interests of an individual developer. To achieve this, certain regulations and by-laws have been put into place over the years and these provide the necessary authority to ensure that persons who transgress them can be prosecuted.

However, in our fledgling democracy, many persons have interpreted the political change for the better as the right to do what they please, where they please, whenever they please, without any sense of responsibility and with apparent impunity. The blanket of lawlessness that has settled over South Africa has also affected town planning in the city of Port Elizabeth and all its neighbourhoods. The crime situation at the moment is such that the judicial system is inundated with cases of murder, rape, armed robbery etc. These are considered to be far more important than transgressions of land development ordinances, by-laws and regulations. This means that persons who transgress the law as far as land development matters are concerned stand little chance of being prosecuted for the time being. 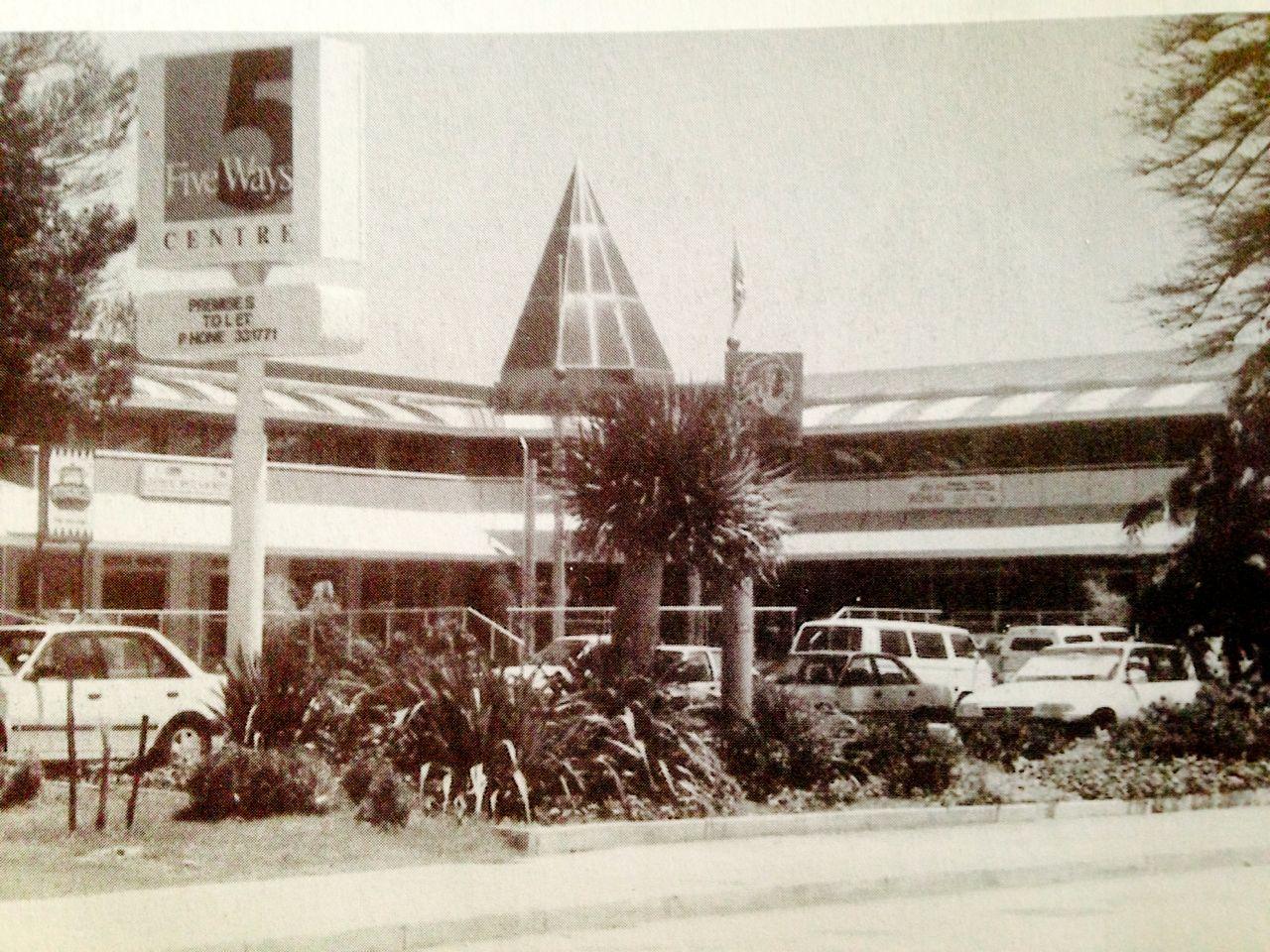 Shopping complex in Cape Road, Port Elizabeth: It replaced a gracious Victorian home which was demolished without a permit (Restorica 1998)

People are changing land uses on properties without obtaining prior permission and, in instances, without obtaining permission at all. Development occurs before approval is granted and in certain cases buildings are demolished, trees are removed, boundary walls are torn down. Buildings are also being altered without prior authority and in some cases, without any authority at all. Undesirable advertising is manifesting itself in all areas of the City.

There is a lack of discipline amongst land owners and developers (and their advisers who very often have no vision or concern for the City) who all too often ignore town planning and building legislation and do their “own thing” in the hope of either not being noticed or, if challenged, being successful with applications after the fact.

Planning staff in the local authority are beginning to question the worth of planning and even trying to ensure that development of the City takes place in a coordinated manner. 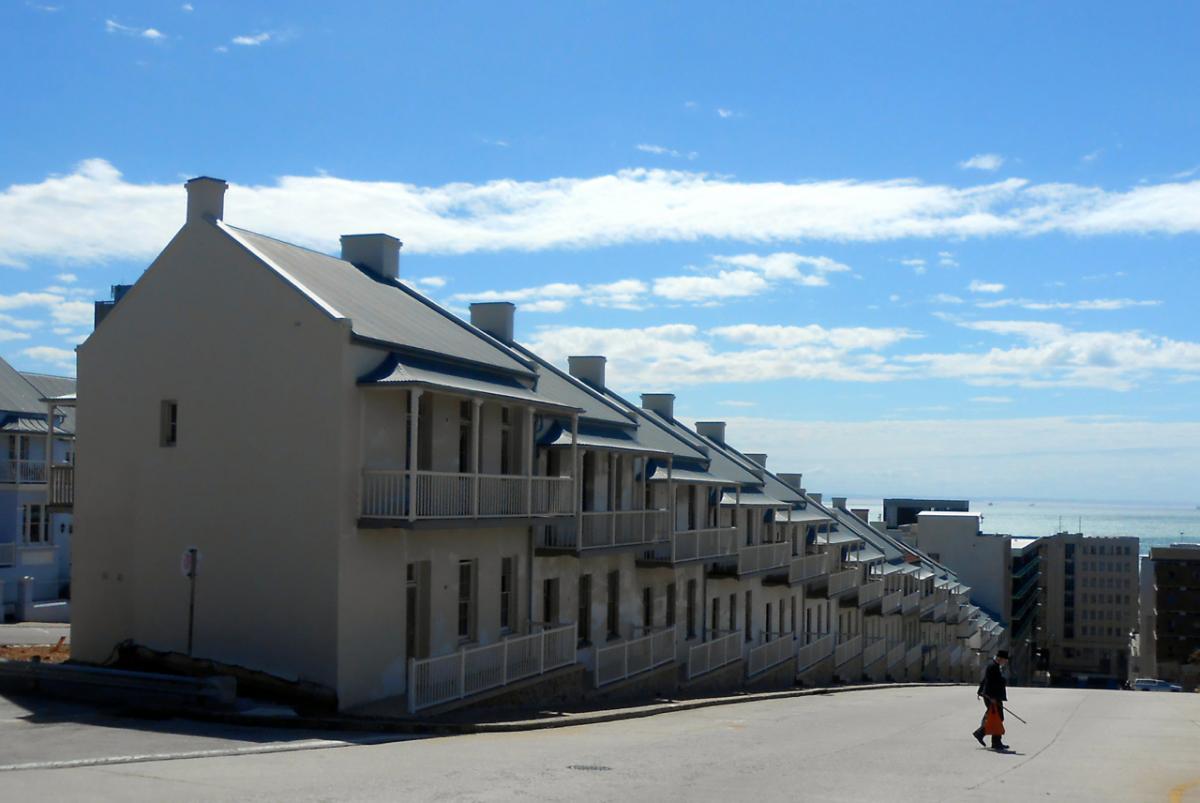 The long term impacts could be inappropriate land uses springing up where they ought not to, not only from the point of view of a clash in uses but also from a traffic generation and servicing point of view. Buildings that are altered are often those that have historic value to the City and when alterations are carried out insensitively that value is lost. Residential areas are being negatively impacted upon by business uses that attract traffic into what should be quiet and safe living environments. Advertising is detracting from the general townscape.

When prosecution does take place the process is long and tedious and requires a considerable amount of time and finance which could have been devoted to more productive outputs.

People desire the security of knowing what is going to happen to their properties and to their residential areas. They need to know whether it is worth their while maintaining a property or not. If there is uncertainty it results in a lack of investment in property maintenance and property development and the area tends to become blighted and unkempt. In the long run we, as residents, lose. The City becomes poorer as its townscape is eroded.

Development Control (or “facilitation”) provides exactly that: i.e. it is the mechanism for implementing planning policies and guidelines by way of legal, administrative and technical procedures including an ability to discipline those persons who will not cooperate.

There is a desperate need for enforcement of the laws in our City. If we cannot enforce, the point of planning becomes questionable; the point of any law is lost without an ability to successfully prosecute. Communities follow by example. If some get away with offences, others will follow suit and also try to get away with it. Eventually no one will apply for permission to carry out any development, a large source of revenue will be lost and worst of all, development in the City will degenerate into chaos. Enforcement must be strong and immediate because once an illegal situation starts it becomes entrenched and even accepted to a certain degree (precedent is claimed) and consequently more difficult to get rid of. 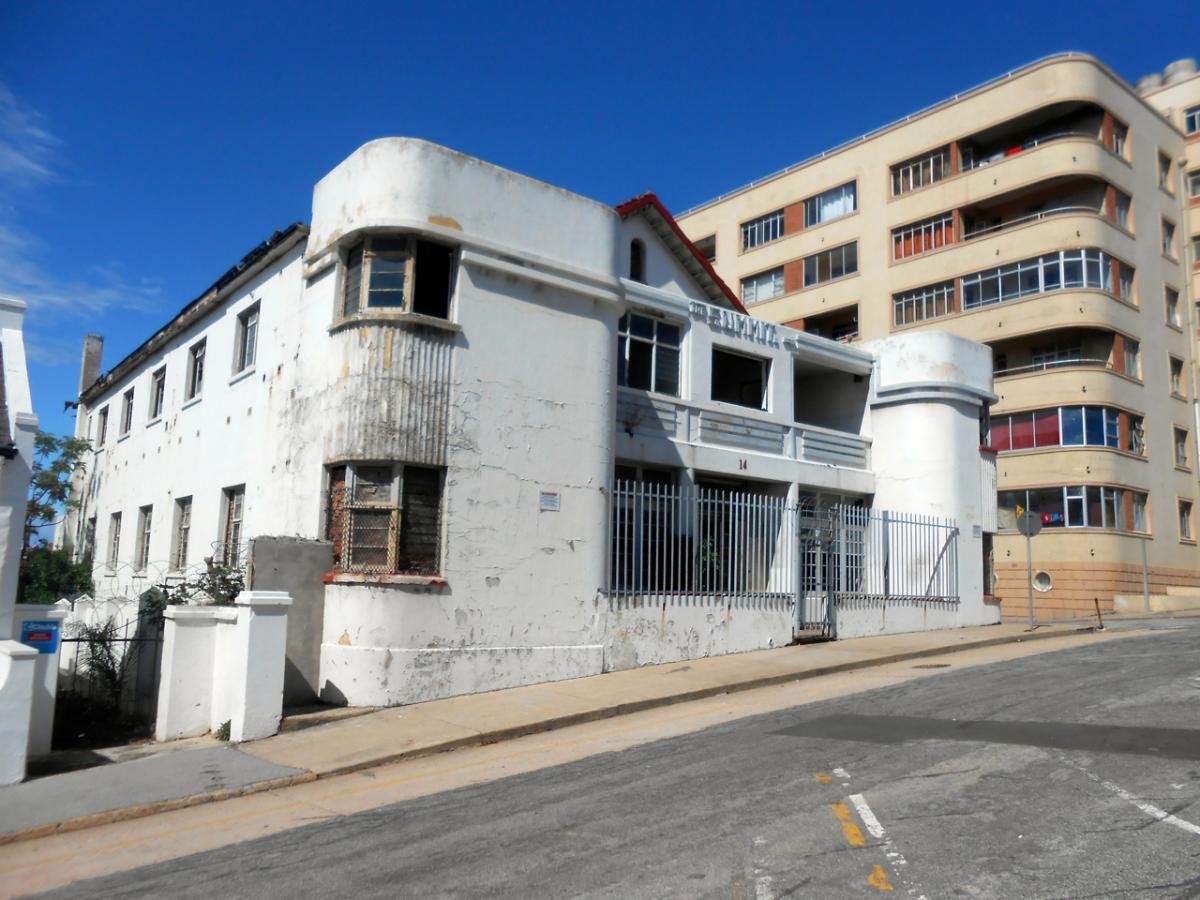 As an example of the need for enforcement: the City requires a Transport Development Levy (TDL) for most changes in land use where peak hour trip generation is going to increase as a result of the change. The purpose of this TDL is to collect enough funding to upgrade the transport infrastructure that serves the very uses that are generating the traffic. There are, however, many properties which do not have approved development rights or approved building plans because, to obtain these would require the payment of the transport development levy. Cape Road and Walmer in Port Elizabeth have typical examples. This can be expected to increase in the future to other areas where TDLs are now required. Improved enforcement is needed and it will result in an increase in revenue for the Council. 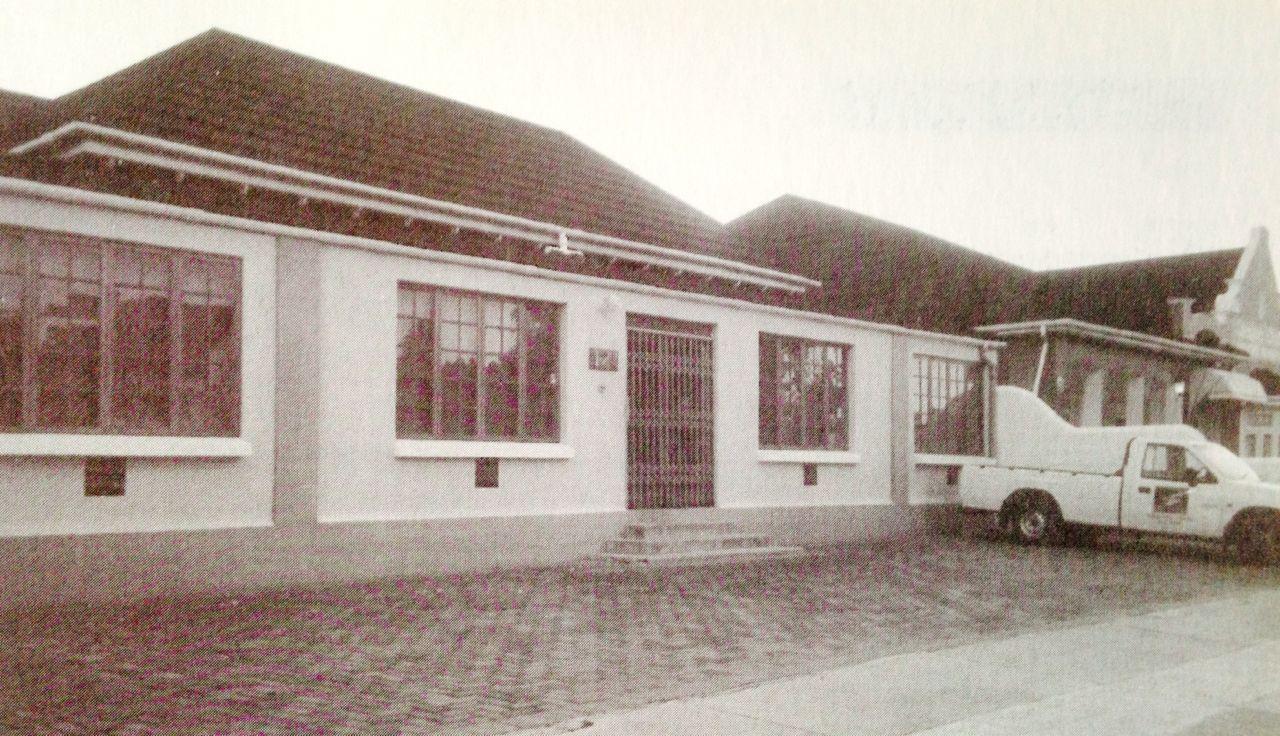 One of the few remaining Cape Road gems - Restorica 1998.jpg 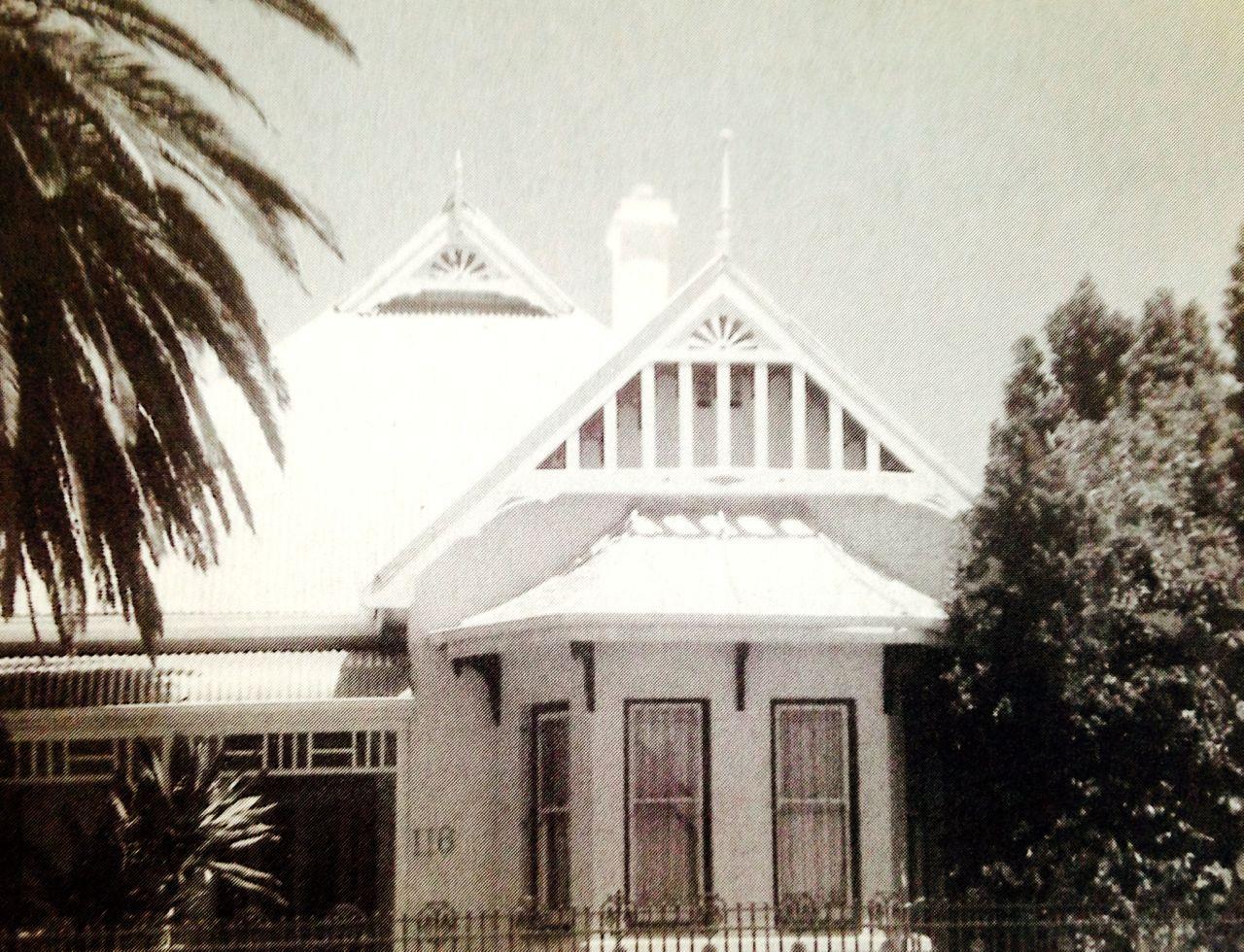 One of the few remaining Cape Road gems (Restorica 1998)

All individuals have a responsibility to ensure that our City does not just become a compete mix of inappropriately located uses that result in traffic congestion and under-provision of parking which good planning would have circumvented. The average individual sees what is happening but does nothing to mobilise a collective response against this kind of indiscriminate development. In the past the more privileged component of our society had its rights protected by authorities and it is not accustomed to having to stand up against what is undesirable in society. Planners in a local authority need the public to be vigilant and not complacent - they must complain to the local authority and be prepared to stand up against illegal issues in their areas. The inhabitants of a residential area are the best watchdogs as the Municipality does not have the resources to fulfil that function comprehensively all the time. Often cases are prosecuted fall flat either because people wish to complain and remain anonymous or are only prepared to phone in a complaint but not to appear for the complainant. When it comes to the “crunch” we need concrete evidence and proof that people have complained and are not satisfied with what is happening around them.

The point of this is we need to get closer to putting a Rand value on enforcement. To arrive at this point requires the hard work and dedicated effort of those who believe in the value of conservation and protection of environments in their broadest sense.

Apathy needs to be overcome. The days of having it all “done” by someone else are over. People need to become actively involved in community life. If people really believe in something they need to stand up to be counted, to send a strong and clear message to the authorities that chaos is not what is desired.

Furthermore, education is required; education in all spheres and at all levels; education about the value of conservation and protection of living environments against the slow cancer of business intrusion.

The planners also need the support of the community when it comes to prosecuting offenders. The broader community needs to support the call for serious enforcement. If this can be achieved then the sense of planning will return and the city will be better for it.

Main pic: Not Port Elizabeth but a good example of a failure in planning from Berea in Durban