Some time ago, I was wondering what happened to William Henry Auret Pritchard when he died. You may ask why I should be interested in this man. Well, for historians of Johannesburg, it is a well-known fact that as a Land Surveyor, he was asked to link the two sections of Central Johannesburg which had been laid out on either side of a mining enterprise in the vicinity of the Supreme Court (Pritchard and Bree Streets). De Villiers had surveyed the original stands in early Johannesburg but because of mining activity between President and Bree Streets, he was unable to survey the stands that were laid out after the mining in that section had finished. Because these two sections had been laid out independently of each other, the north/south streets on either side didn’t meet, so there is a kink in the streets where they cross Bree Street. Pritchard did his best and a street was named after him!

The kink in the road (Google Maps) 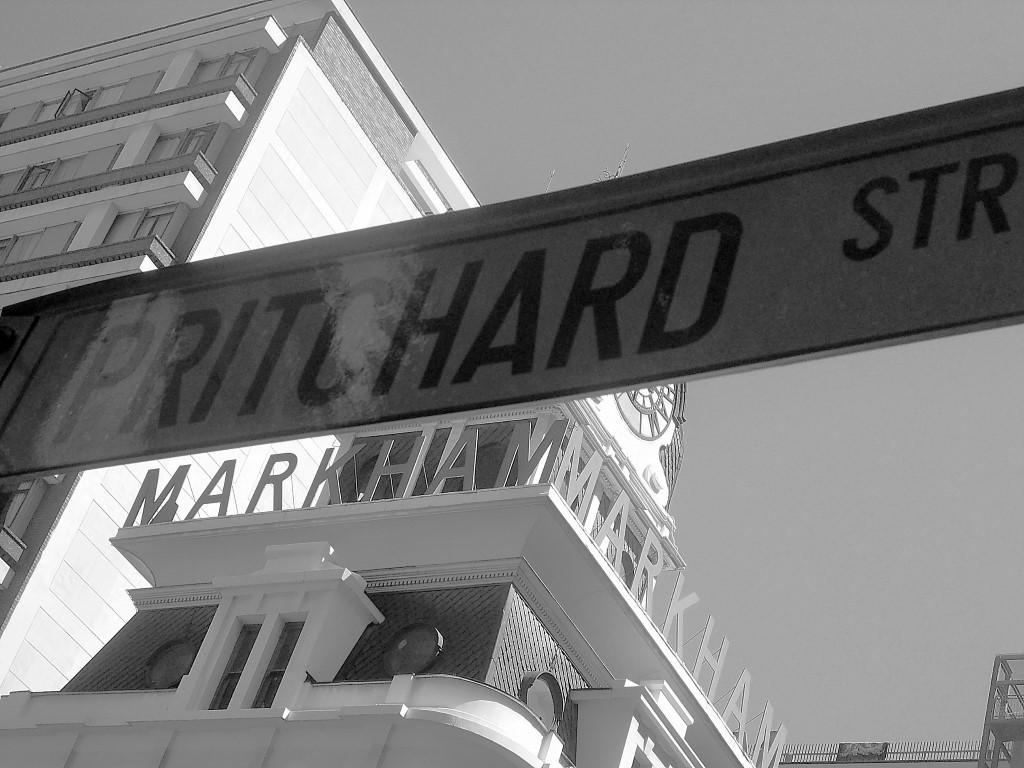 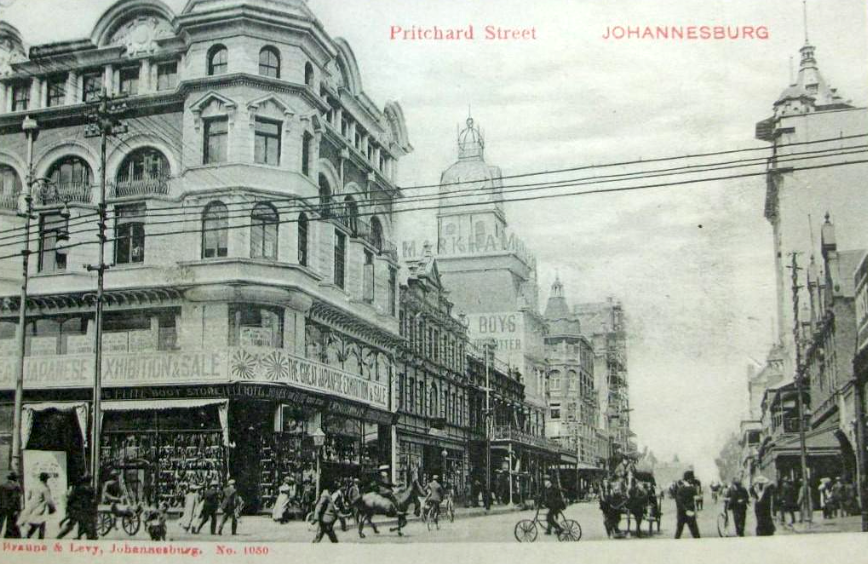 Pritchard was born in Beaufort West in 1861, being the twelfth son of an Englishman married to an Afrikaans wife. He trained as a Land Surveyor at Diocesan College in Rondebosch and then worked as a Surveyor in the Orange Free State and the Cape Province, finally moving to the Witwatersrand in August 1886 at which time he became a Government Land Surveyor. The job linking the two sections of Johannesburg came after he had surveyed the first suburb of Johannesburg, Paarlshoop.

Pritchard was a devout Baptist and an elder in his church. He gave generously to charity and worked increasingly in charitable institutions, while also being a Lay Preacher in his church. He built a reputation as a faith healer and was also active in the YMCA and the Rand Pioneers organization.

At the age of 30, he married a 17 year old Afrikaans woman, Elisabeth Susan Roux from the Orange Free State. There were two sons born of this marriage, Charles William and Percival Vivian. Pritchard died in 1947 at the age of 86 at his home in Forest Hill, Johannesburg, from a coronary thrombosis. His wife had predeceased him in 1938 at the age of 63, from a haemorrhage of the brain. And this is where my search for their graves started. I knew from his date of death that Pritchard was probably buried in West Park, and when I went looking, I found this to be so; but there is no headstone to mark his grave. I then started my search for his wife’s grave in Brixton but couldn’t find it where I thought it was supposed to be. I often have this problem with 1938 burials in Brixton. After a certain month in that year, there is a gap until later in the 1940’s. This proved to be one of those cases, so I almost wrote it off as a ‘no show’.

For some years now, I have wanted to clear a section of Brixton cemetery which has been covered in ivy, so much so that it was difficult to even see any headstones.  It was a real mess however, with vagrants using it as a toilet and rubbish tip. Then the clearing of Brixton earlier this year started and the vagrants were removed. I waited for this area to recuperate from its abuse and on Mandela Day in 2022, our group of volunteers doing their 67 minutes community service started clearing the ivy off the graves and revealing many headstones that have not seen the light of day for perhaps decades. 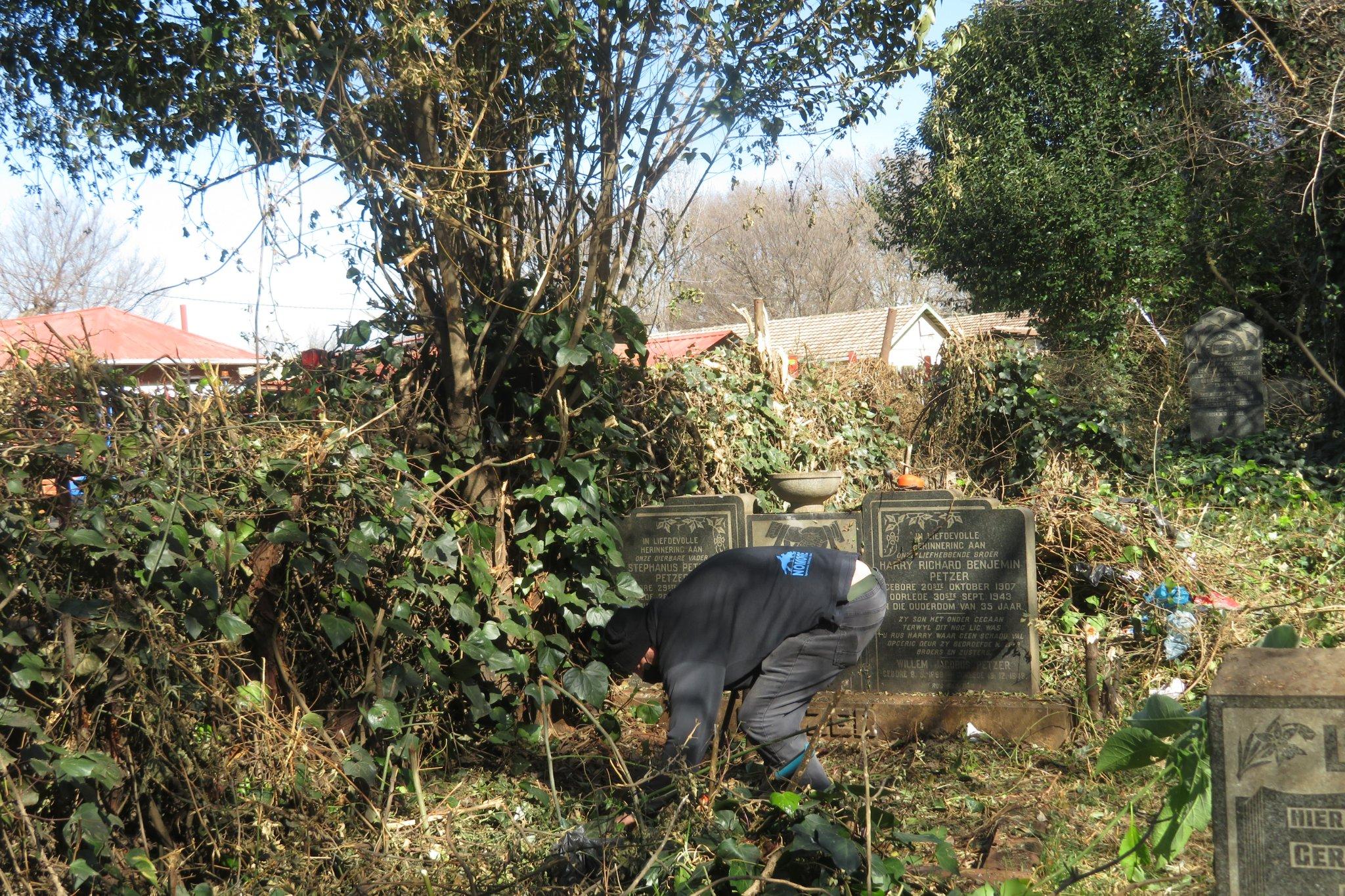 Clearing the section of the cemetery in 2022 (Sarah Welham) 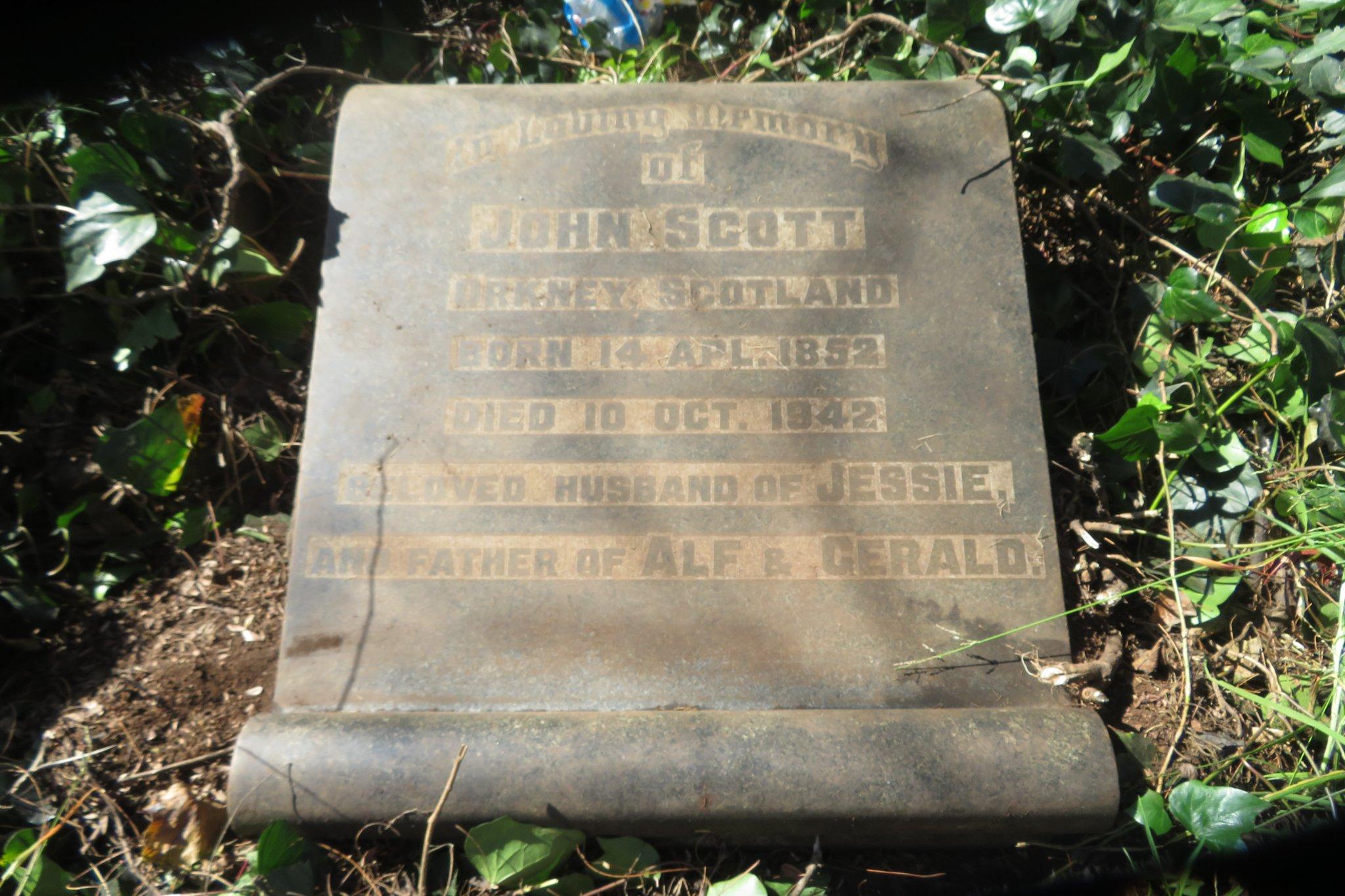 And there among these headstones was Elisabeth Susan’s one. I had solved the riddle of the site of all the late 1938/early 1940’s burials in the cemetery. 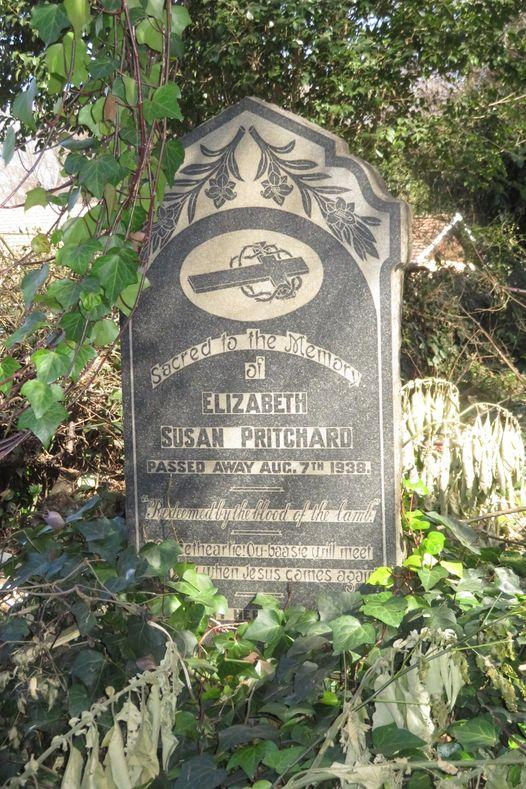