The dark history behind the Oriental Plaza 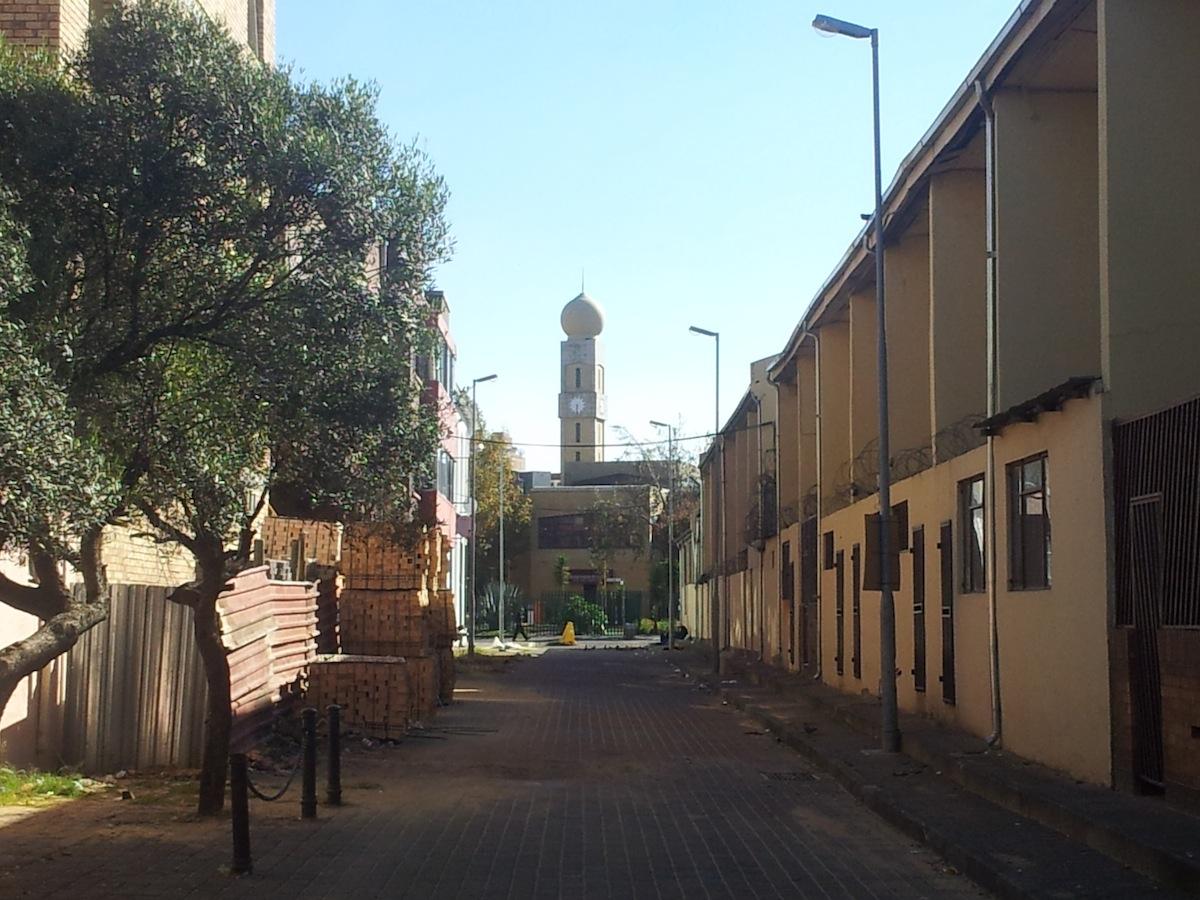 A visit to the bustling Oriental Plaza today hides the dark history of its apartheid origins. Opening in 1971, it was the result of a compromise between the Johannesburg City Council and the Department of Community Development over the future of Indian Traders in Pageview. In the article below Nigel Mandy highlights the many tragedies of the flawed ideology behind the relocation of traders to the Plaza.

Fourteenth Street was a highly successful trading area with a unique atmosphere. The shopkeepers desperately wished to stay there. Admittedly it was run down physically; but that was only to be expected because the owners had no security of title and they were continually being threatened with eviction. Furthermore Pageview had been "Frozen" so that people were actually prevented from repairing or improving their properties.

The Fourteenth Street precinct could easily have been upgraded into a superbly individualistic and profitable shopping centre at no cost to the taxpayer. Fourteenth Street itself could have been reserved for pedestrian use with deliveries being made at off-peak hours and from the rear. An unobtrusive multi-storey parking garage could have been erected nearby as a self-financing proposition. Entrepreneurs would have mobilised private capital for adaptive re-use and for new construction. The energies of the very able Indian population would have been chanelled into productive activities to the benefit of all. Thereby the city as a whole would have been strengthened and relations between the races would not have been damaged. Property taxation revenue from this area would have soared instead of falling to zero. 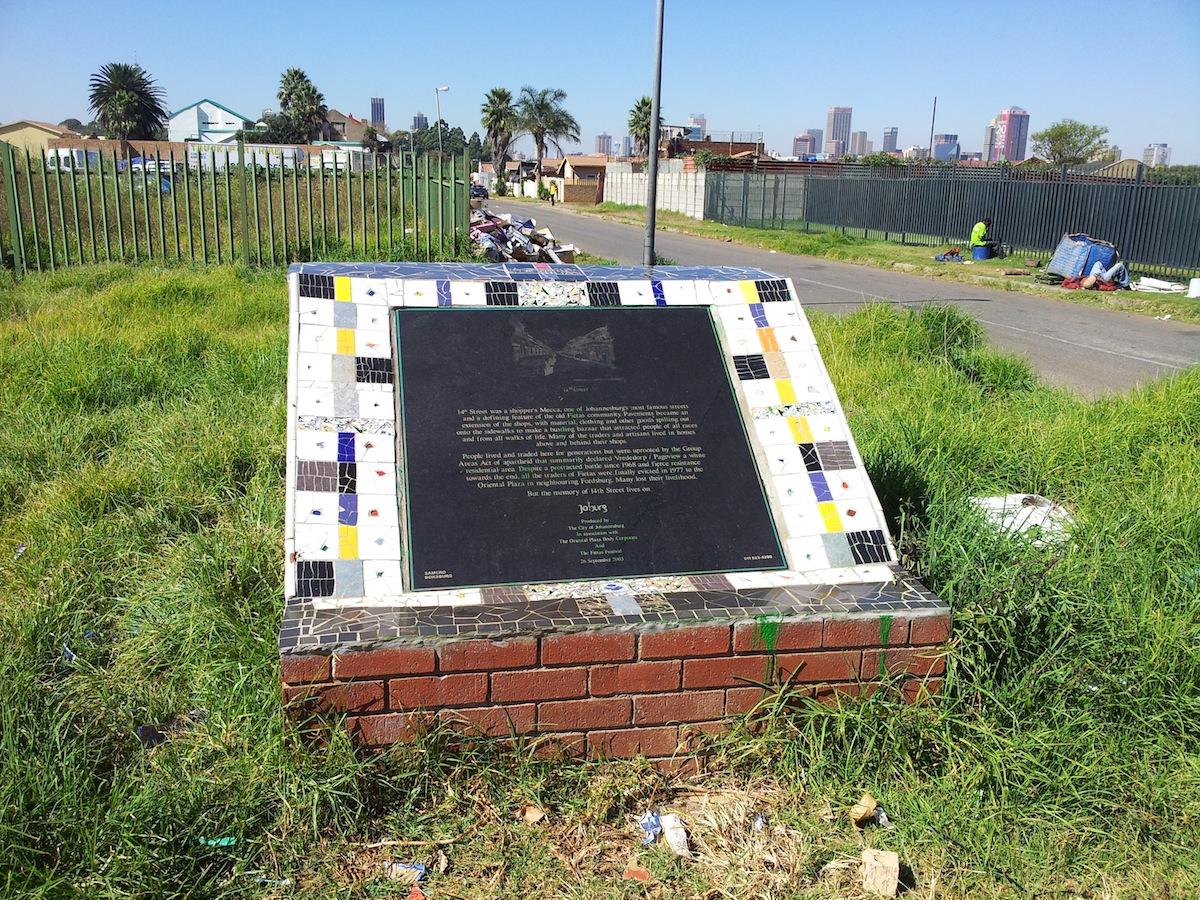 Emile Jammine, Johannesburg Municipality's Director of Coloured and Asian Affairs at the time, said that:

... it is still a mystery to me that it was thought necessary to move their business area at all. The Whites living nearest to Pageview - in Vrededorp - had long become accustomed to living close to Indians and there was never any problem about it. It was a lifestyle which had existed for many years and one wonders why it could not simply have gone on. If they had been allowed to develop the area at their own cost we could have had a flourishing community and an attractive showpiece for Johannesburg.

Patrick Lewis, the Chairman of the City Council's Management Committee, recalls that:

... there was nothing we could do; the Government was adamant that Pageview was to be a White area. We protested strongly that the Indian people could not be kicked out with nowhere to go and long negotiations went on to find a suitable place for them. Planners suggested areas near to where the Oriental Plaza was eventually established. We tried to do our best in the circumstances. But the people themselves were never consulted about being kicked out.

Jan Niemand then Secretary of ComDev (The Department of Community Development), was approached to help within the framework of this illogical government policy. He told Manfred Hermer that:

It had all been planned before my time - all the Indian traders and merchants from Martindale and Pageview were to be moved to Lenasia. But Patrick Lewis of the Johannesburg City Council and I did a lot of thinking about this. We were worried because of the lack of trading potential and I managed to persuade our Minister to allow me to look into Fordsburg. That is how we started working on the Oriental Plaza. We knew the area had potential and with the number of traders we knew we could develop a strong unit. I promised to see we got money from the Government if the Council would help resettle the Pageview traders in the Oriental Plaza. I had no option in this matter, it was my job. I had to move all those who were not White out of Pageview - that was the law and I had to implement it.

Under this compromise between Comdev and the City Council the Oriental Plaza in Fordsburg was designed and built as a large shopping centre with parking for 2 300 cars. The earliest tenants took occupation in 1974 and the complex was finally completed in 1975 at a cost of R16,5 million.

Lewis described this venture as being financially disastrous for the Council. Comdev later took over full responsibility and must also have suffered considerable operating losses over the years. 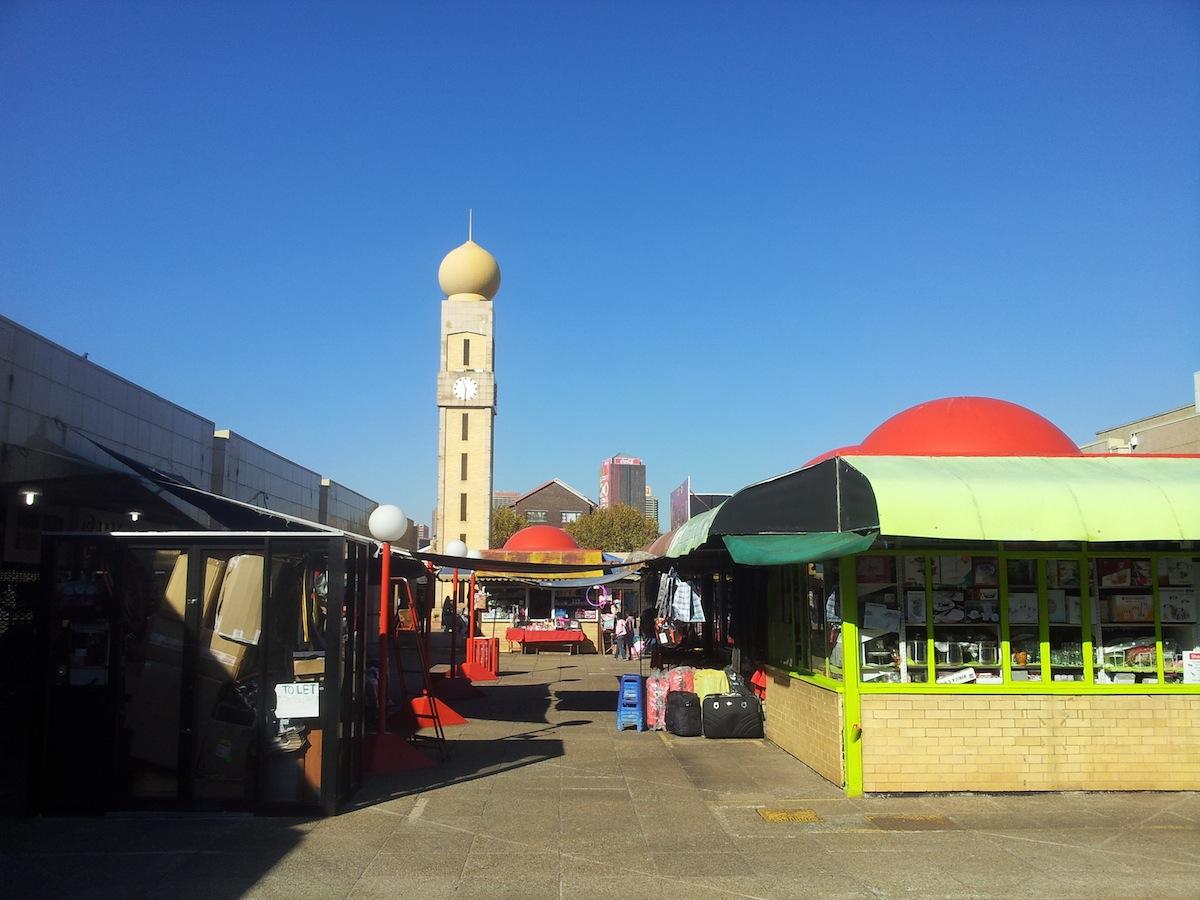 Compensation paid for Pageview premises was totally inadequate in relation to the rents and overheads at the Oriental Plaza. The Chairman of the Oriental Plaza Merchants' Association, Yussuf Bhamjee, told Die Transvaler that what he could not stand was the wave of the Comdev official's hand when he took important visitors through the Oriental Plaza, to show them the attractive complex which had been built for Indian businessman. In 1976 Comdev paid him R6 000 compensation when expropriating his shop and the flat above it where he used to live. In the Plaza his shop rent alone was R1200 per month in 1981. He said that Lenasia was no place to bring up children. Pageview he saw as the Indians' small Israel. He would return and build there tomorrow if he had the opportunity.

Rashid Bulbulia had traded in one of the biggest shops in Fourteenth Street. In 1977 he said that ""they valued it at R6 000 which wouldn't even pay for the fixtures and fittings. Now we have to pay R625 a month at the plaza.

Great pressure was exerted on Indian traders throughout Johannesburg to move there without delay. Among the first to do so were 25 traders who were allowed to keep their old shops in Pageview temporarily while establishing themselves in the North Mall, which was the first section of the Oriental Plaza to be opened. 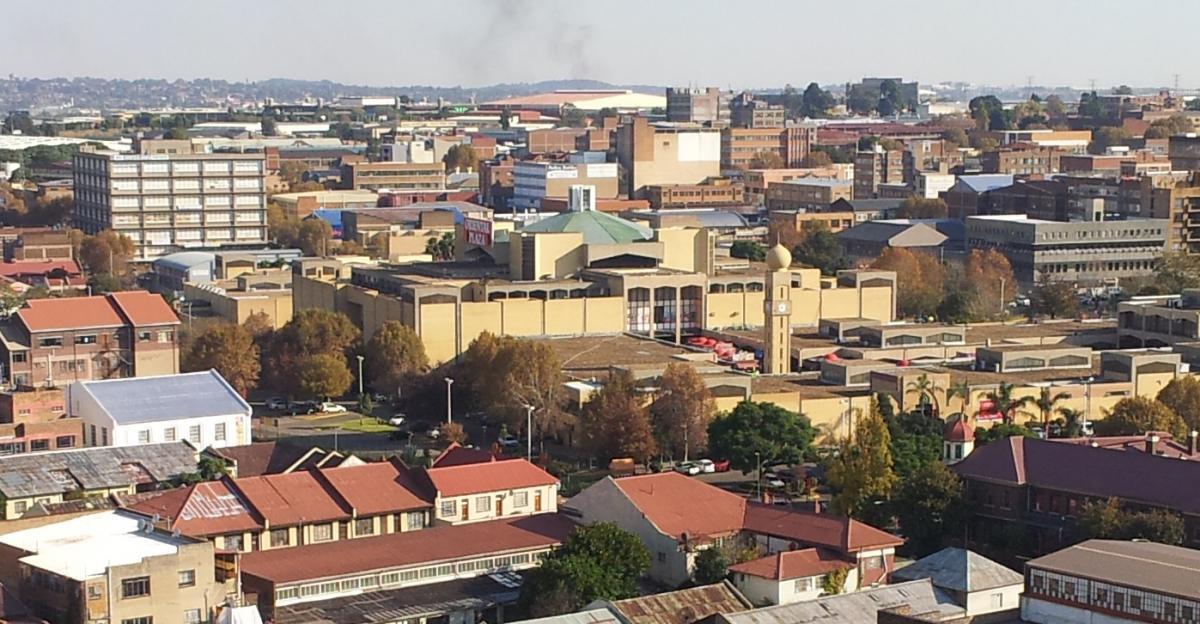 Oriental Plaza from above (The Heritage Portal)

There were many absurdities and irritations which no commercially-minded shopping centre would have perpetrated. For example, the original concept had envisaged a large department store in the middle to be a ""magnet"" in accordance with shopping centre theory. The snag was that no Indian department store owners existed and nobody was prepared to start such an operation. The next suggestion was to create a ""Grand Bazaar"" of some 170 open stalls, one selling one line of goods. Stock storage would be somewhere far away in the basement and control would have been impossible, so that idea was also dropped. Eventually the area was converted into numerous individual units which have bad shopper circulation because they are situated on several levels and are difficult to find.

Shopkeepers moving into the Oriental Plaza were allocated premises of predetermined size. Under some weird socialistic theory of Comdev they were originally not allowed to merge or combine or to enlarge these shops; and naturally they could not own them. There were restrictions on what could be sold in each shop. Even worse, traders who had run corner cafes and general stores in suburban neighbourhoods were expected to convert to specialist trading in comparison goods of the kind in which Fourteenth Street's highly competitive traders specialised.

Some of these practices have been modified and difficulties eliminated. (In March 1983 Comdev announced its intention to sell the shop premises to their occupants on sectional title, thereby enabling it to recover the funds invested.). Because the supply of shops to Indians is artificially restricted the demand is now strong. However, overtrading remains a serious problem.

In Pageview there were 170 shopkeepers, half of them catering for the White trade. In the Oriental Plaza there are nearly 400 traders, all aiming for the White suburban trade because the area is not conveniently accessible for Black and Coloured commuters by train and bus. The motorway linkage that was originally envisaged has not materialised either, while modern 'White' shopping centres and hypermarkets with good motorcar access have proliferated.

Speaking from direct personal experience as general manager of the Carlton Centre during its early struggling years, I can say with some authority that the Oriental Plaza is a travesty of responsible shopping centre development. Carlton Centre's management found it a difficult task to bring life and prosperity to a large new inner city shopping centre where the tenants had voluntarily signed leases for premises which they had selected, for specialty trades which they wished to practice, in accordance with tenant mix proposals which had been prepared by expert consultants. It must have been painful for all concerned at the Oriental Plaza: conscripted and resentful tenants, premises created as an application of flawed ideology rather than of sound property economics and with control shared between a government department and a municipality.

Many businesses were eliminated in this wasteful process. Great credit is due to the tenacity and trading ability of those who have survived, many of whom have achieved prosperity against all the odds.