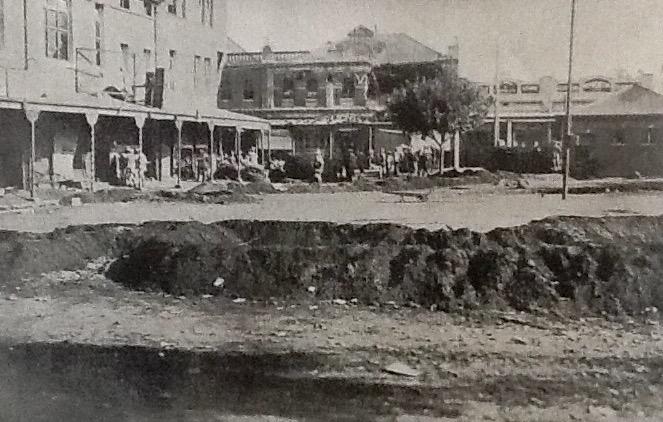 In the article below, journalist Lucille Davie tells the story of Taffy Long who was executed for a murder that took place during the 1922 Rand Revolt. The piece was originally published on the City of Johannesburg's website on 5 July 2002. Click here to view more of Davie's work. The image above shows Fordsburg Market Square during the Revolt.

One of South Africa’s biggest funeral processions – 10 000 people – was held in the 1920s for a man widely believed to be innocent, hanged by the government of General Jan Smuts.

The man was 31-year-old Samuel Alfred Long, nicknamed Taffy, who, after two trials, was found guilty of murdering Pieter Marais during an uprising in Johannesburg that saw the city at war with its citizens, in the 1922 Miners’ Strike. The hanging took place in November 1922, and the 10 000 people marched to Brixton Cemetery where Taffy was buried. 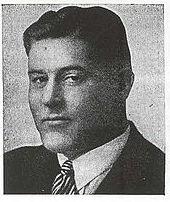 Taffy came to symbolise the workers’ unhappiness with the mine owners at the way they handled a drop in the price of gold in 1921 – by dropping wages and employing more black miners at cheaper wages.

Many thought Taffy was innocent, but in the tensions of the time he was an Englishman who had allegedly killed an Afrikaner. The irony was that the Afrikaans government of Smuts was also killing Afrikaners, siding against them and with the mine owners.

Taffy was born in Wales. He ran away from home at 10 and became a coal miner. At the age of nineteen he joined the army and was seriously wounded in November 1917 in France. He spent a year in hospital, was awarded the Mons Star and given a military pension.

Taffy came to South Africa in 1920 and applied to join the Mounted Police in Pretoria, but was turned down because he did not speak Afrikaans. He then joined Crown Mines and became a timberman and machine operator.

He was a regular church-goer, and by 1922 had a young wife and child. He was dark-haired, handsome and well-built. He lived in the working class suburb of Fordsburg, several kilometres west of the city. He was a paid-up member of the South African Mineworkers’ Union, and attended the mine soccer club informally.

Taffy delivered a short but poignant speech before the death sentence was passed. “Only a few years back I lay drenched in water and soaked in blood in the trenches of Flanders. Those were the immortal days when the Empire fought to make the world safe for democracy... But what did we find when we got back from the hell of war? I have listened to fine words about the dignity of the law. What do the mine owners care about our homes and the dignity of our lives? If they thought they could grind an ounce of gold from the Union Jack they would put it through the mills of their mines.”

He very adequately captured the feelings of the masses, although it is believed he was not a strike leader. He was apparently on leave at the time of the strike and did not return to work. He volunteered to combat looting in the chaos of the strike, and sjambokked nine people for looting.

The incident that led to his hanging revolved around Pieter Marais, a Brixton  shopkeeper and father of five daughters.

Marais was believed to be hiding policemen in his house and was caught by the strikers and sentenced to death. On 11 March 1922 he was taken to a back street by three men and shot. Juliet Marais Louw recounts in When Johannesburg and I were young that “he realised that they meant to shoot him and he began to plead for his life for the sake of his wife and children. He folded his arms over his eyes and was shot through his elbow, his face and his stomach”.

He lived for another day, and gave a description of his murderer - a short, fair man - and he named him: Taffy Long, leader of the Irish Commando.

The two men who accompanied the murderer – De Witt and Du Toit - turned state witness and named Taffy as the third man and the executioner. But witnesses maintained that militant Communist Party leader Percy Fisher was the third man.

Market Building Fordsburg - Some Historic Drives and Walks of Johannesburg.jpg 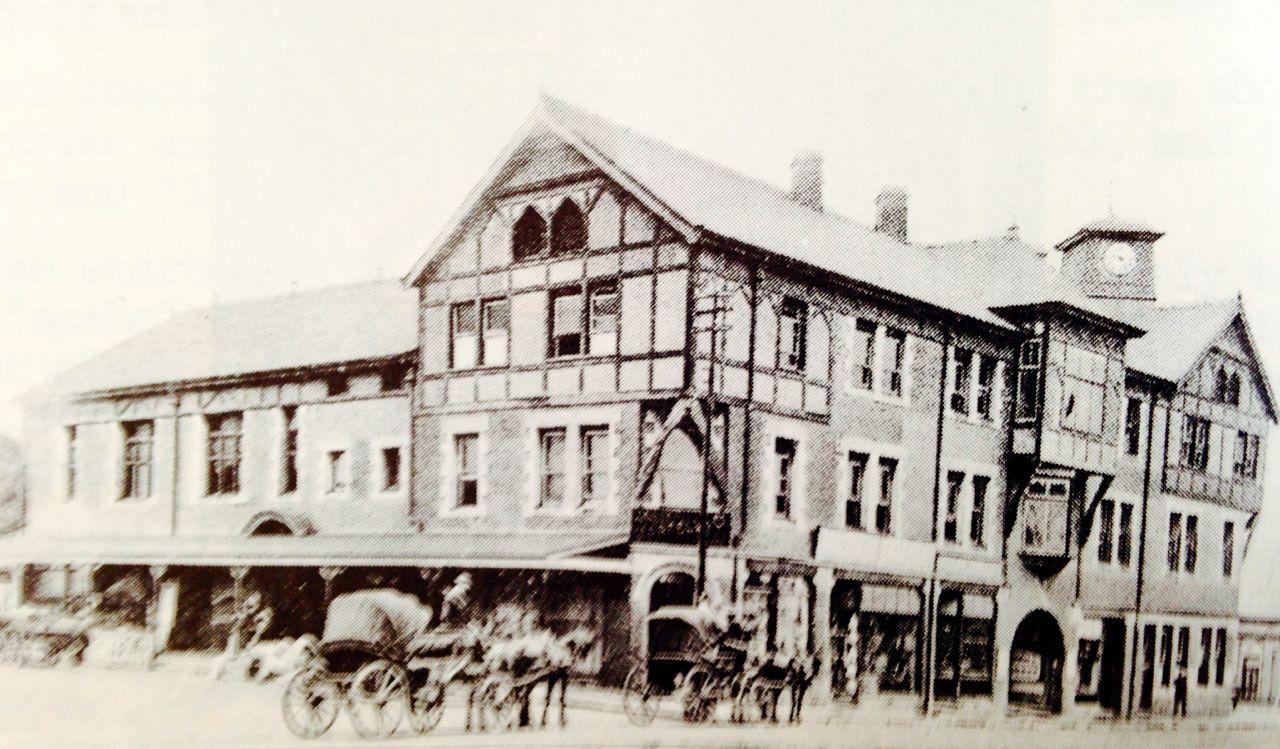 Marais was left for dead against the wall of MacIntosh’s shops, south of Market Buildings (pictured) in Fordsburg.

The defence in the first trial discredited much of the state’s evidence, arguing that Taffy was never a strike leader and that he was dark-haired. In reply the state pathologist asserted that Long had darkened his hair with permanganate of potash because he was in fact fair-haired.

Furthermore, Taffy had an alibi: he had been walking in Fordsburg with two men, Smyrke and Lensley, at the time of the accusation against Marais, and afterwards he went to Lensley’s house for tea, where he stayed until 7 o’clock. Mrs Lensley and her friend verified this.

The trial ended with the three judges returning a no verdict judgment. A Special Criminal Court with three other judges, among them the Judge-President of the Transvaal, was constituted for a second trial.

In the meantime Taffy had been given a very close haircut, in prison, in an effort to establish his true hair colour.

A statement had been received by a man called Mare, who had been in prison with Du Toit and De Witt. Mare stated that Du Toit admitted to shooting Marais. This was backed up by De Witt.

But the Judge-President rejected Mare’s statement, saying he was unreliable. The judge also rejected the testimony that put Fisher as the murderer. On the same evidence as was produced for the first trial – Taffy’s hair had by now grown out and it was dark - the three judges found him guilty and sentenced him to death.

The Judge-President summed up the verdict: “. . . Marais’ statement describes him as ‘small’. True, I would not describe him as a small man. But ‘small’ and ‘tall’ are relative terms. As to the question of his hair, there has been an attempt to change its colour... It is quite clear that he is a man of courage – his bearing shows it. And it is clear that he was in such a condition of stern excitement as to be capable of doing the deed with which he is charged. The accused has been defended pertinaciously and ably. But we find ourselves compelled to find him guilty.”

The public reaction was unequivocal: the government had bombed the suburbs into submission, now they were condemning an innocent man to die.

On 17 November 1922, the morning of the execution, Taffy was taken out of his cell, handcuffed and marched to the gallows. He started singing the Red Flag, the anthem of early socialists and communists in South Africa. He was joined in the song by strikers Herbert Hull and David Lewis, also sentenced to death for shooting Lieutenant Twentyman Taylor of Military Intelligence. A fourth man was also hanged that day - Carel Stassen, who had murdered two blacks.

As the accused walked to the gallows, all the prisoners joined in the song, and it was only once the song finished that the hangman placed the nooses around the men’s necks.

The funerals of Taffy, Hull and Lewis were attended by over 10 000 people at Brixton Cemetery. The ceremony began and ended with the singing of the Red Flag.

In 1997, the Parktown and Westcliff Heritage Trust located Taffy’s grave in the cemetery and placed a granite headstone on it. At the time, Flo Bird, chairman of the Trust, advertised for relatives of Long, and an elderly woman, not a relative, responded. She had a postcard of the funeral procession. Asked why she had kept the postcard, she said: “I kept it because they killed an innocent man.”

Bird adds: “Smuts was determined to kill an Englishman for killing an Afrikaner.”

Taffy left his 18-year-old wife, Maria Elizabeth, whom he had married 16 months before his death, and six-month-old baby, Samuel Thomas.

Taffy Long’s speech from the dock:

"Only a few years back I lay drenched in water and soaked in blood in the trenches of Flanders. Those were the immortal days when the Empire fought to make the world safe for democracy. We left for the front with the politicians’ words still ringing in our ears. In the midst of showers of shells we groped our way to death, believing in our sacrifices. For four years we were living – not living – waiting – knowing fear. We all marched together, went on short rations together, and wondered if the sun would again shine through the troubled sky, and the last post would be sounded for suffering humanity. What has our generation known except slaughter, strife and more slaughter? I lay a whole night on the battlefield before they picked me up. And a lovely night it was, too. Everything turned through my head as I lay there – guns, blood, arms, distorted faces, blinded eyes, grinding teeth. Warm corpses all about you – your pals. The whole of that next year I spent in a military hospital, half-paralysed. I could show you the shrapnel wounds I carry – they still respond to wet weather. Yes – we were the heroes then. But what did we find when we got back from the hell of war? I have listened to fine words about the dignity of the law. What do the mine owners care about our homes and the dignity of our lives? If they thought they could grind an ounce of gold from the Union Jack they would put it through the mills of their mines."

The Judge-President’s speech before sentencing Long to death:

"As to the dying declaration, there is some element of doubt as to the identity of Taffy Long. But it is to me a clear declaration that Taffy Long is the person responsible for Marais’s death – there is no suggestion that anyone else can be Taffy Long. Marais’ statement describes him as ‘small’. True, I would not describe him as a small man. But ‘small’ and ‘tall’ are relative terms. As to the question of his hair, there has been an attempt to change its colour. The government pathologist has found the presence of crystals of permanganate of potash. This is incriminating. Then we have to consider the character of the accused. It is quite clear that he is a man of courage – his bearing shows it. And it is clear that he was in such a condition of stern excitement as to be capable of doing the deed with which he is charged. The accused has been defended pertinaciously and ably. But we find ourselves compelled to find him guilty."