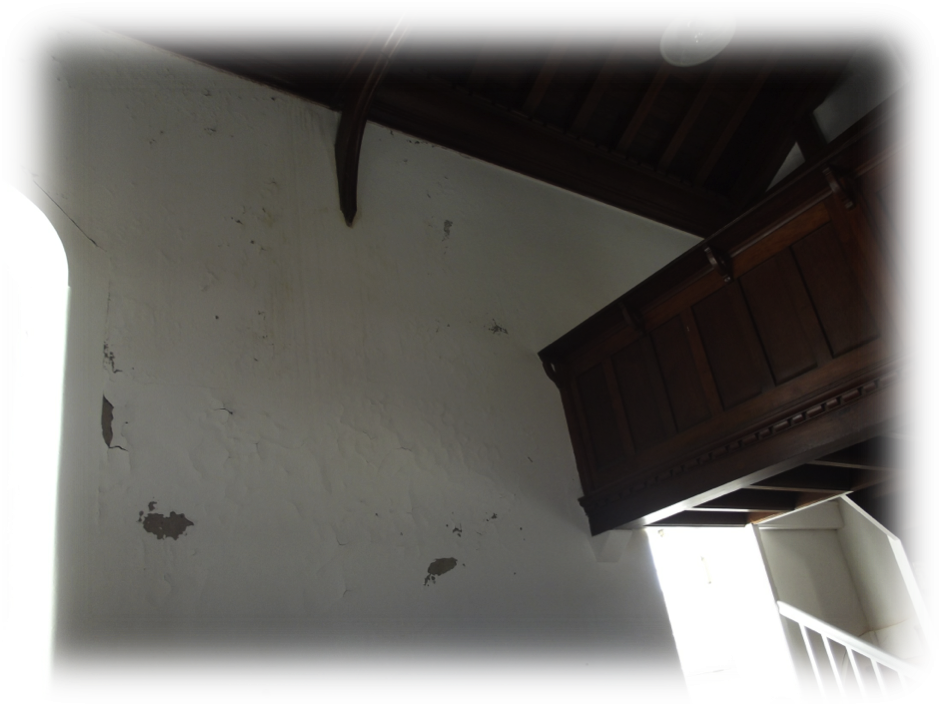 [Originally published in 2014] This is the last installment on the Robben Island Garrison Church. Just to recap. In January 2011 Robben Island Museum (RIM) had cash in and wanted to facelift the obvious visible parts of the main street before the proposed visit by World Heritage in February. As this series is about poor research this part really highlights the absolute value of good research. Good research and good observation on site is critical. The two should go hand in hand in a reiterative process.

As heritage consultant I was asked to do the documentation for the permit to SAHRA. Only problem was the tender had already been awarded and the contractor was literally on the same boat as I was wanting to start with the work. Well I’m sure some of you have been in similar circumstances. Last minute permit applications. Because of the imminent World Heritage visit SAHRA stepped in and insisted that an outside conservation architect and the heritage consultant follow the work so as not to delay. Most of the work was going to be just cosmetic with a lick of paint. 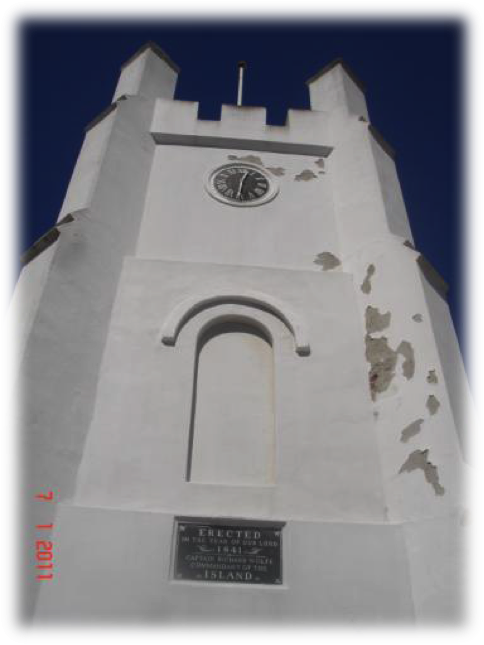 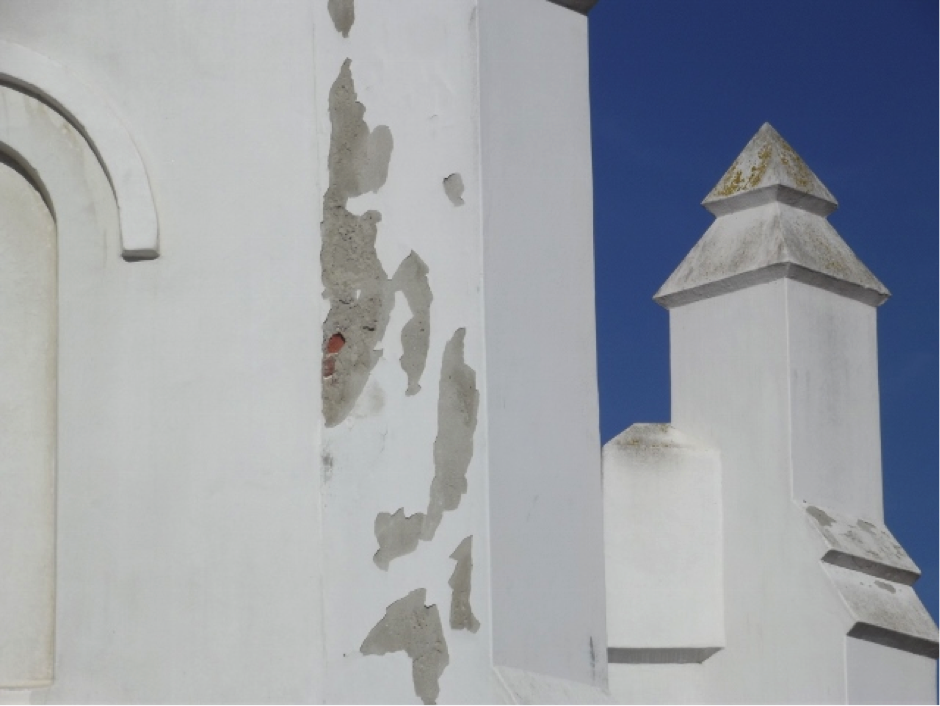 The contractor’s specifications for the Church read like a nightmare. I look here at a few examples but these were not all of the mistakes. First off external walls were to be cleaned down with a high pressure water jet. We were assured the contractor had been on site with the RIM conservation architect to draw up the spec. To put a high pressure water jet to the already fragile and friable walls of the Church would have seen it melt away like butter in the sun. A similar method was proposed for the boundary wall. With the Church this was obviously a no go but with the boundary wall it was no problem as this had been rebuilt with the 2004 restoration and would have stood up to the treatment. It was obvious that the 2004 architects report had not even been looked at, nor did the site visit assist in providing a better solution.

The second problem spec I want to highlight was that of the treatment of fibre cement gutters and downpipes. The downpipes had been replaced in 2004 with PVC. The hoppers were the original lead mouldings. The gutters are a wooden box behind the parapet that was coated with silver bitumen seal in 2004. Clearly no research or even a close up look at these items was done.

The next problematic spec was that of the asbestos roof. The water jet was to be used again to clean. This in itself is problematic with ageing asbestos sheets as the fibres become detached and then there’s a whole issue about Occupational Health and Safety. Once clean they were to apply two coats of acrylic roof paint. If the 2004 architects report had been consulted they would have seen that the asbestos roof had been replaced with coated corrugated metal sheeting. Even looking at the roof it is clear that it is not asbestos. 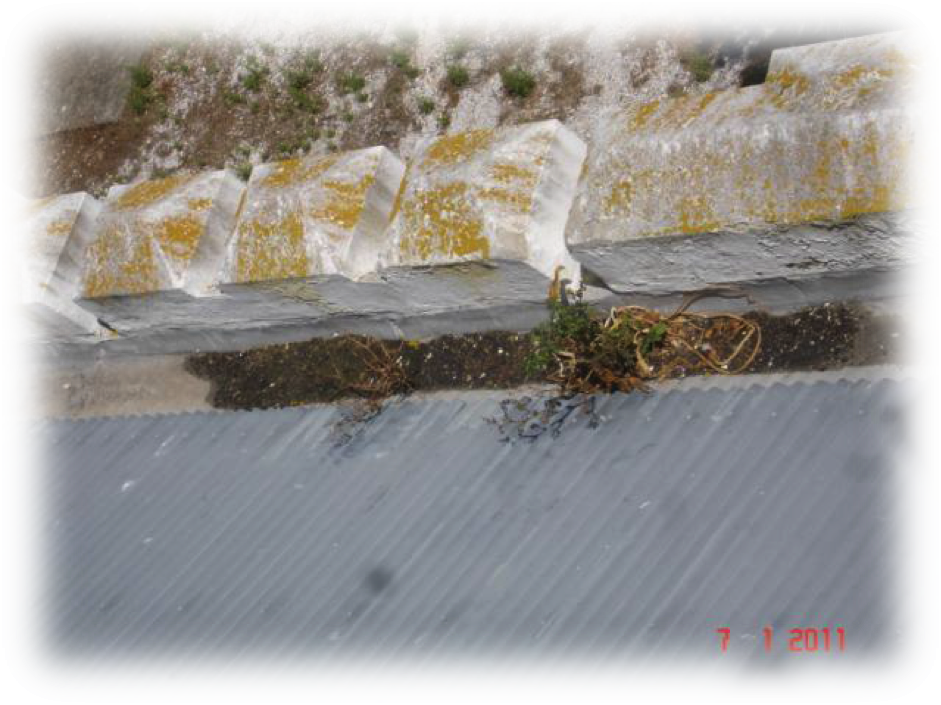 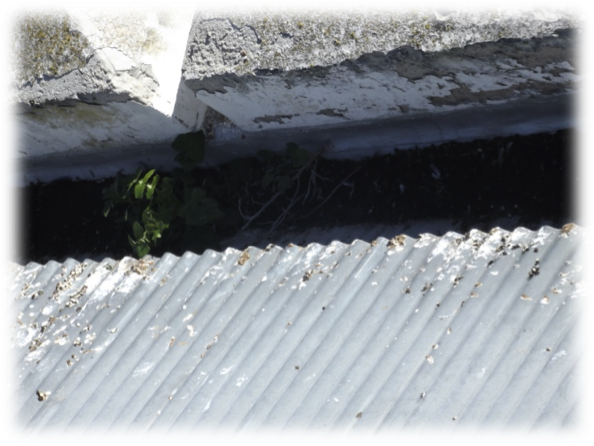 The plaster spec required the chopping off of all loose and unsound plaster until sound structural surfaces such as brickwork or concrete are exposed. The bricks are more than 150 years old not fired very well, soft and friable. Not a good idea and the 2004 restoration showed that this had not worked then. The issue of the plaster mix was also not clear.

We fortunately found some very experienced workmen whom the contractor employed who agreed with a lot of our findings. We ended up consulting with them extensively and a lot of decisions had to be made in situ. It was agreed that the walls would be left alone. The clogged box gutter would be cleaned out and resealed. The bell and its housing would be cleaned off and repainted. A number of recommendations were then made to RIM that required research to be undertaken. 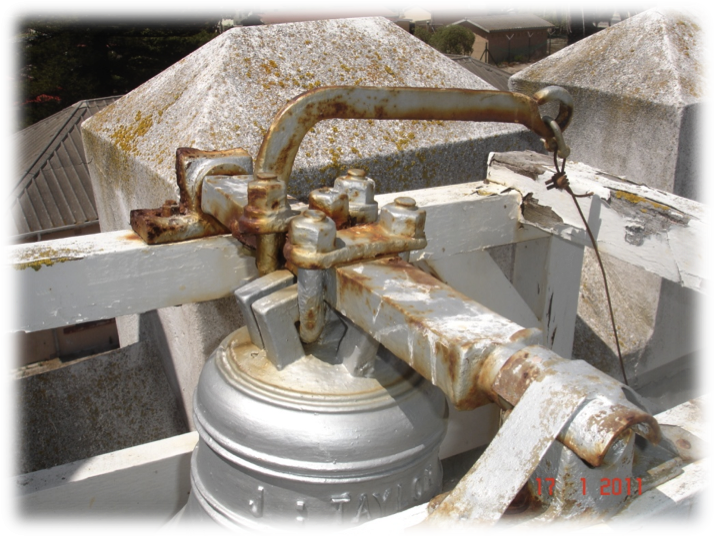 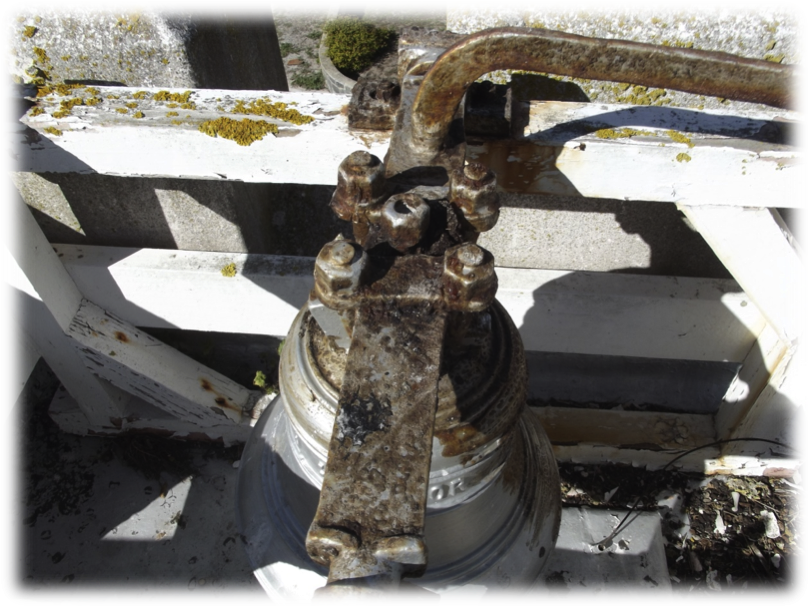 The box gutter on the northern side was prone to getting clogged up and this needed some investigation, which would have been possible if the gutter was cleaned out regularly. Unfortunately the gutter was and still has not been cleaned out after the cleaning and resealing in 2011. Water dams up in the gutter and runs in under the roof. The damage to the interior wall that had occurred prior to the 2011 clean up has worsened. The bell was not kept clean after the 2011 attempts and the very corrosive bird guano combined with the humid environment of the Island it started to rust again. In 2013 a very industrious RIM staffer after consulting with me actually took a pot of grease as an emergency measure and put a thick coat on the bell.

Robben Island Garrison Church - Damage inside next to clogged gutter 2011 via Ron Viney.png 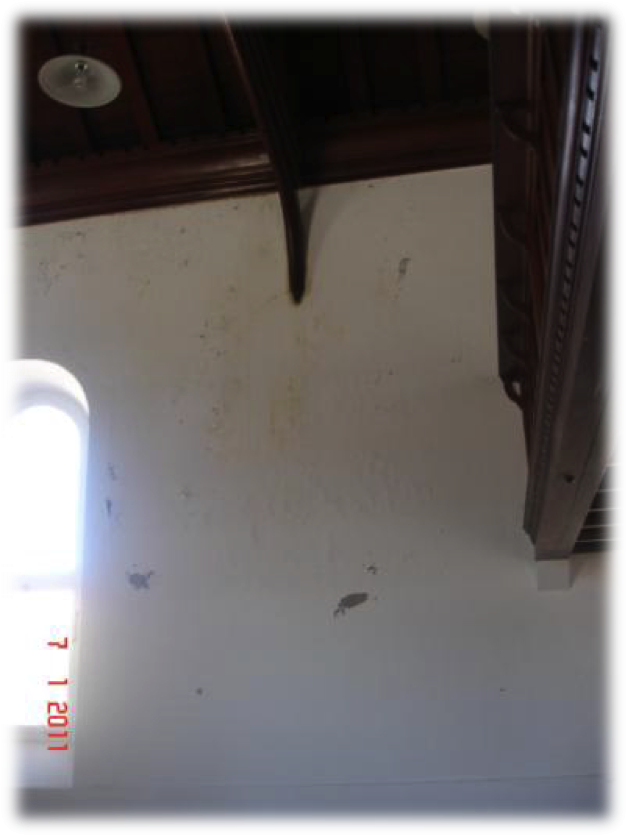 Damage inside next to clogged gutter 2011

Robben Island Garrison Church - Damage inside next to clogged gutter 2013 via Ron Viney.png