Surgeon in Trouble - Protesting for Biko and Woods 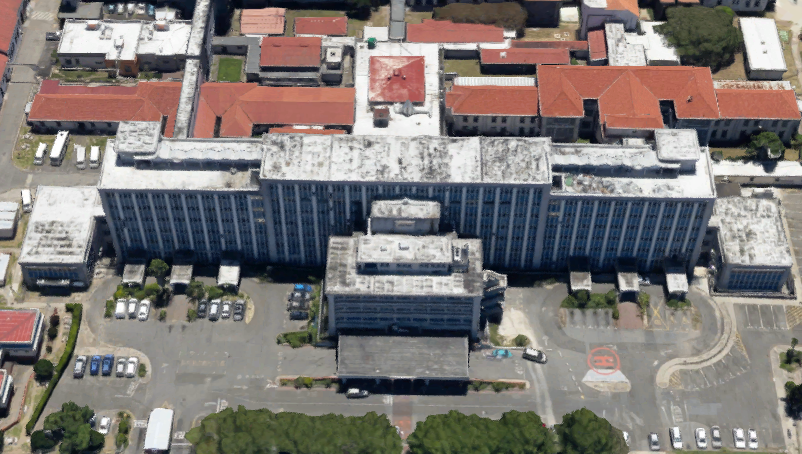 In 1967 I was one of the Surgical Chiefs at the Frere Hospital in East London, a 1000 bed State General Hospital very well managed with top class Professional Medical and Nursing standards. My appointment was on a part time Consultant basis. Unfortunately, the remuneration for part timers was very low at that time, so I was compelled to open a private Practice in order to make ends meet. The work load was brutally high, so I got partners in to help.

In the 1960’s in South Africa, Doctors were required to have separate waiting rooms with separate entrances. This I refused to do, so from day one it was one set of rooms and one service for all. This attracted some criticism from colleagues and officialdom but nothing serious happened.

To get on with my story, in 1973 a police Captain came to see me as a patient. On investigation he had Cancer of the stomach. I had to do a very extensive gastric (Stomach) resection to remove it. Post operatively Capt. Venter (not his real name) did extremely well. I continued to see him for regular follow-ups for years so we got to know one another quite well. He regained his former health so quickly that I began to question the pathologist’s diagnosis. Stomach cancer is one of the nastier malignancies yet he recovered faster and better than expected. A repeat scrutiny of the Histology (tissue slides examined under high power microscopy) confirmed the diagnosis was correct.

1977 was the year of the Steve Biko disaster. As the leader of  the banned Black Consciousness movement Steve Biko was arrested and taken by the SAP to Port Elizabeth where he was brutally beaten. He died from the injuries. This caused a South African public and International outcry. 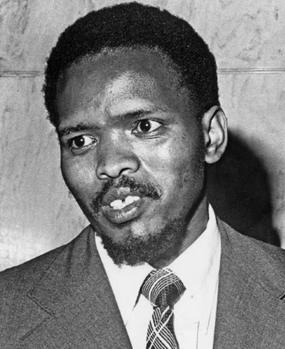 The East London Newspaper – The Daily Dispatch – delivered a series of editorials that were highly critical of the SAP for the brutal and callous handling of people they arrested, particularly Steve Biko. The editor was Donald Woods who had known Biko for years. DW soon found himself under house arrest, banned from working at the Dispatch, writing, or doing anything to earn a living for 5 years. Another public outcry followed DW’s banning. 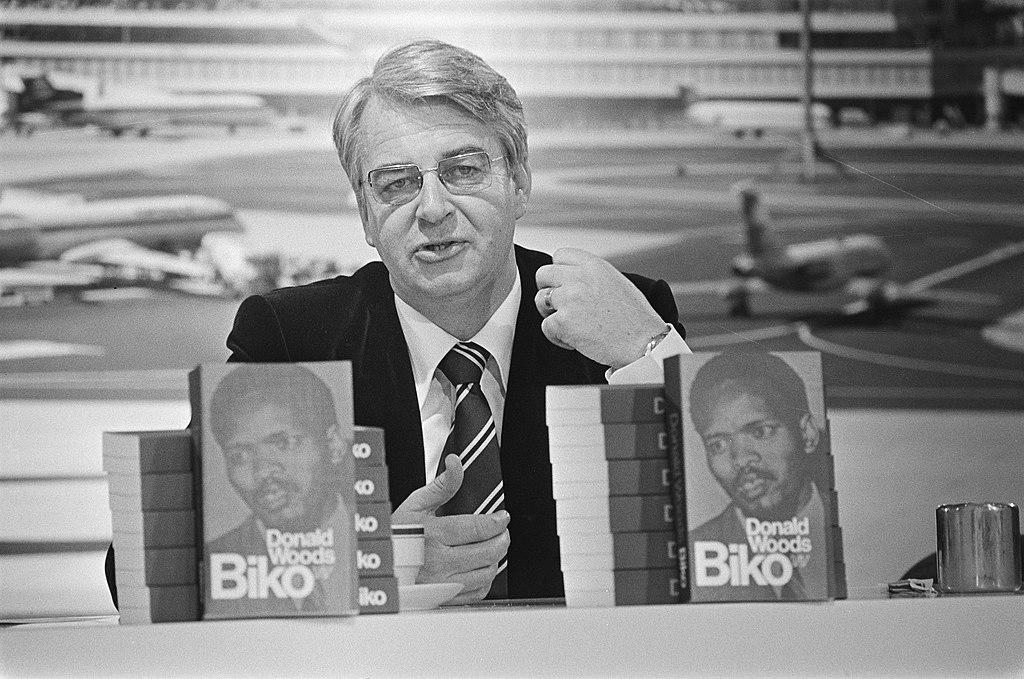 Shortly after this, a large protest gathering was organised. It was to take place in the East London City Hall. On the day the large crowd that gathered in Oxford street found themselves locked out. As numbers swelled the crowd spilled around the corner into Buxton Street. Di and I were among them. 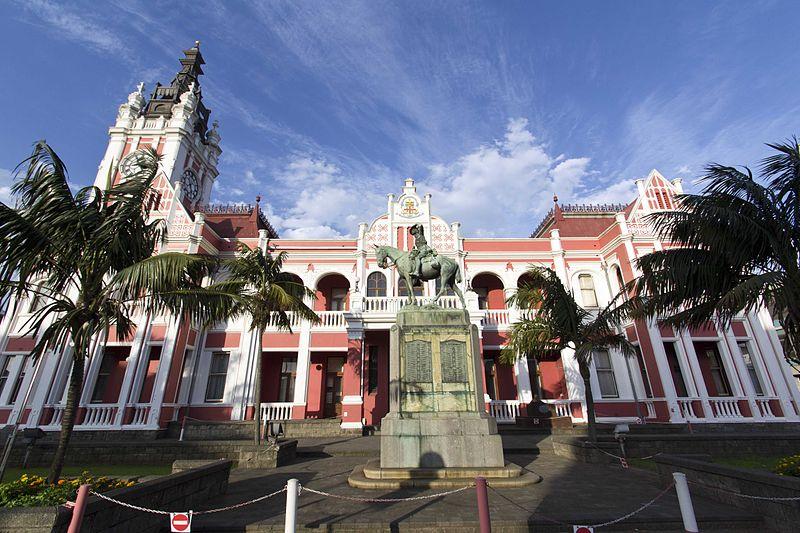 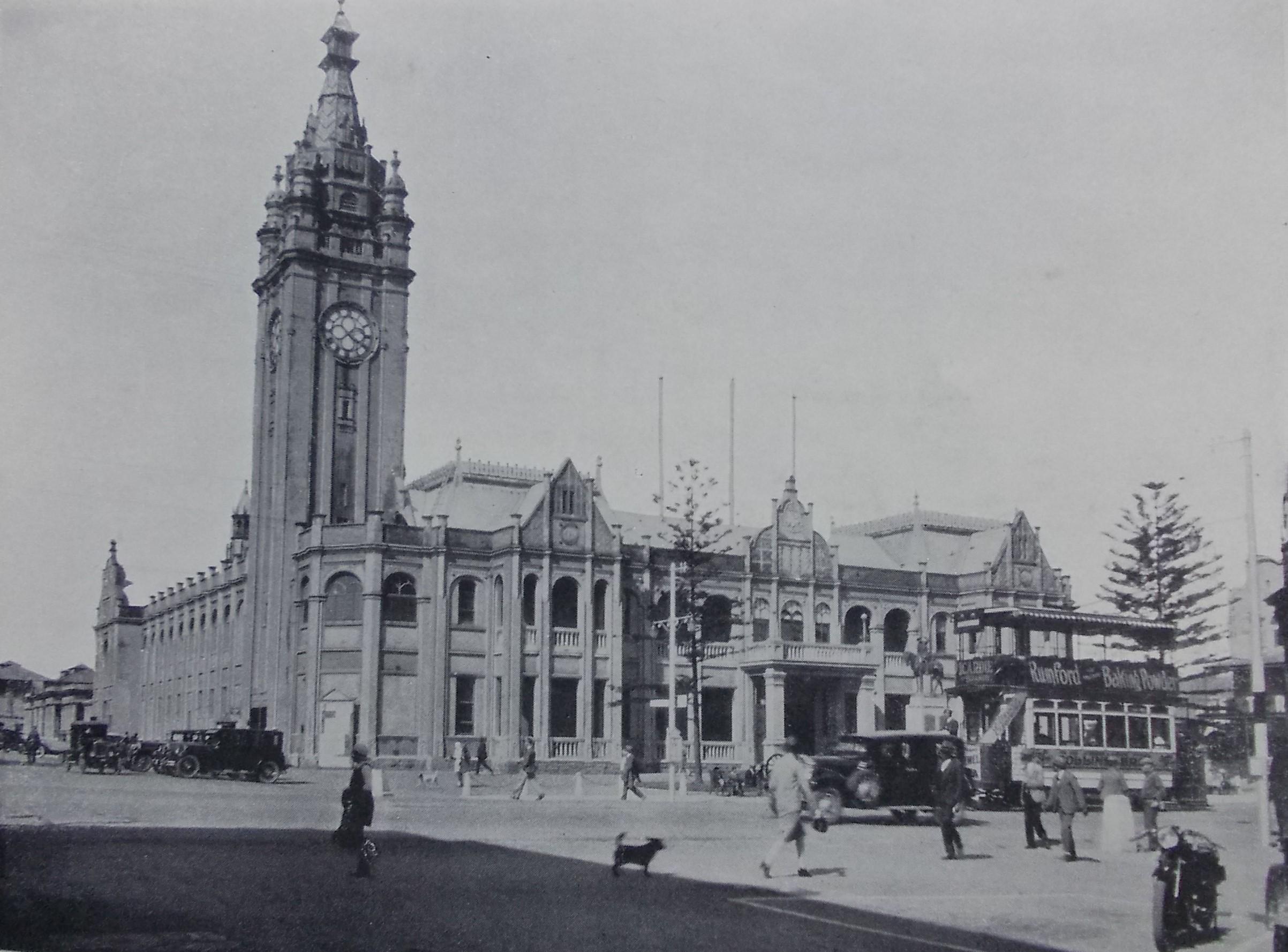 I knew Donald Woods but Di was much closer to Wendy, Donald’s wife. Our children were the same age as theirs and were at school together. Wendy, Di and I stood close together on the corner of Oxford and Buxton, hanging onto the light pole for support.

I noted the fit looking young men with crew-cuts and wearing leather jackets in Buxton. They were not carrying batons this time and stood well back behind the crowd and up against the wall. Their presence was ominous – those who read my first story may recall.

At the far end of Buxton stood a row of uniformed Police, armed with batons and Police dogs. These Dogs were German Shepherds, the usual breed used by the SAP and SADF, specially bred for their large size and trained for tracking and aggression. These animals don’t do ‘Nice Doggy!’

They will readily show a large number of formidable looking teeth on command. The wise keep well clear of them. The Police Officer in charge was Captain Venter! He was being a very no-nonsense professional today. It was such irony to see the man whose life I had saved was about to have me and mine beaten and chewed to pieces!

Captain Venter’s command came over a loudhailer. “I am giving  you five minutes to clear these Streets. If you have not cleared these Streets in exactly 5 minutes we are going to Charge.”

The crowd jeered in response. A minute later the crowd was noticeably less boisterous. After two minutes they went quiet, After three minutes there were discernible signs of nervousness. The Dogs were snarling, showing lots of white, and straining at their leashes. At four minutes the crowd began moving away, shortly followed by a full exit stampede.
At Five minutes the street was empty! – except for three people clinging to a light pole and each other. We had stood our ground.

The line of Police and Dogs with Captain Venter in the lead began moving down the street towards us. When he reached us he grinned broadly and said ‘Scared you Eh!’ – giving me a knowing nod and wink then continued on past us.

Donald Woods’ subsequent escape from house arrest, the SAP and the clandestine smuggling operation that got him out of South Africa are the stuff of legend, immortalised by Richard Attenborough in the film ‘Cry Freedom’. Donald’s character was played by Kevin Kline and that of Steve Biko by Denzil Washington. 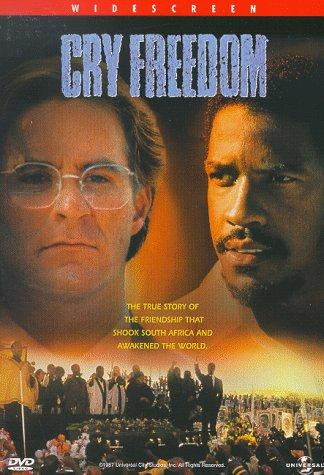 My old Practice continued to grow and to serve all the people of the Eastern Cape. Di and I retired in 2001. The Practice is still going strong to this day.