The man who discovered the Sterkfontein Caves 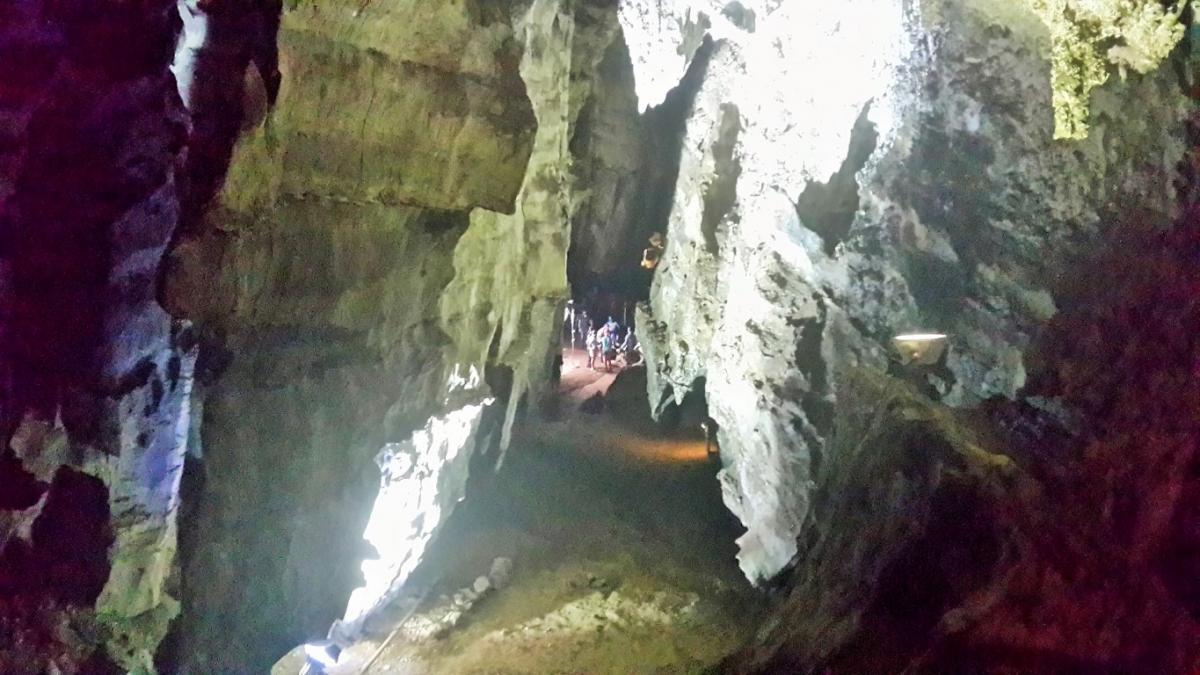 In the small village of Issiglio, in the Canavese district, lying between the beautiful valley of Chiusella and the main town of that region, Ivrea, Piemonte, on the 6 September 1857 Guglielmo Martinaglia was born. After completing his military training with the Brigata Alpina, he, like so many Italians during those hard and difficult times, chose to seek his fortune in foreign lands. 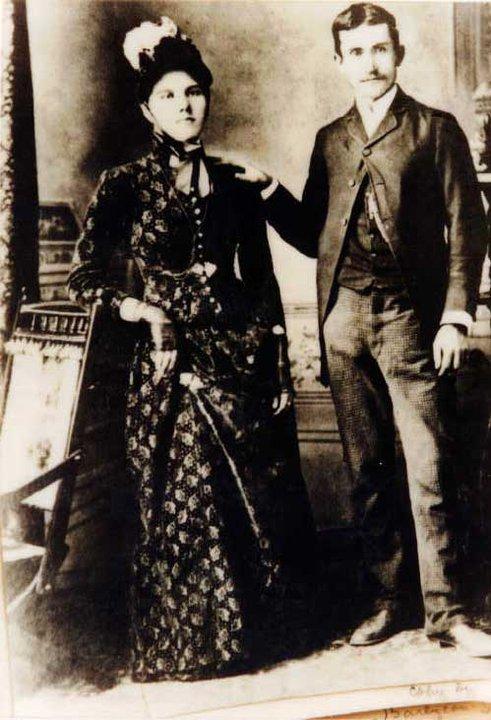 In 1877 he arrived by sea on the island of Reunion, in the Indian Ocean, where he joined the specialized engineering team from Piemonte, who, together with 4000 other foreign workers of different nationalities, were building the island’s first railway line (1877-1882). The Piemontese were given the task of building the railway line at La Montagne, by constructing a tunnel through the mountain and building large stone railway bridges, which were extremely successful and to the liking of the English chief engineer.

The dynamiting of the tunnels through the mountain at La Montagne did not go without incidents. Five Italians were killed by an explosion and lie buried on the island.

From Reunion, Guglielmo Martinaglia ventured further and in 1879 landed in Durban, Natal, the main seaport on the Eastern Coast of South Africa which was at this stage British controlled Natal, now the province of Kwa Zulu-Natal. At the time of Guglielmo’s arrival the Anglo-Zulu tribal war was raging. The Zulus were against British colonialism. Not wanting to participate in these skirmishes, Guglielmo purchased a horse and headed for Kimberley, the city of diamonds. Here he soon became well known for his ability to discover underground waterways and springs. With these abilities he assisted many farmers in this semi-desert area of South Africa.

After a while he was invited by Ben van der Hoven, a well known businessman in the diamond fields, to accompany him to Pretoria, as a friend of his, Jan Schuitema, needed a man of his special talent to probe for gold on his farm in Roodepoort (a town West of Johannesburg). Within three weeks Guglielmo found gold, staked claims for himself, which he later sold, and built the historic Witpoortjie Inn on the main gold reef road in the same area. This soon became the overnight stopping place of people like the President of the Transvaal Republic, Paul Kruger, the British general French and one of Africa’s most important explorers, Ian Hamilton. In 1893 he sold the Inn to an Englishman by the name of Richardson.

1896 was to be a better year for Guglielmo than the year before, in which his wife died of an illness at the age of 29 years, six months after their lastborn child had also been buried. It was in October 1896 that Guglielmo obtained a lease for a portion of land on the ground called Zwartkrans. He detected the possibility of limestone being present and that’s what he was after. He decided to lay the dynamite explosives on this portion of ground. He sent his oldest son, 8 year old Giovanni, to fetch him some water. Taking cover, he attached the dynamite to the leads of the plunger, pushed the plunger down and a few seconds later the earth erupted, sending rocks and dust flying into the air. 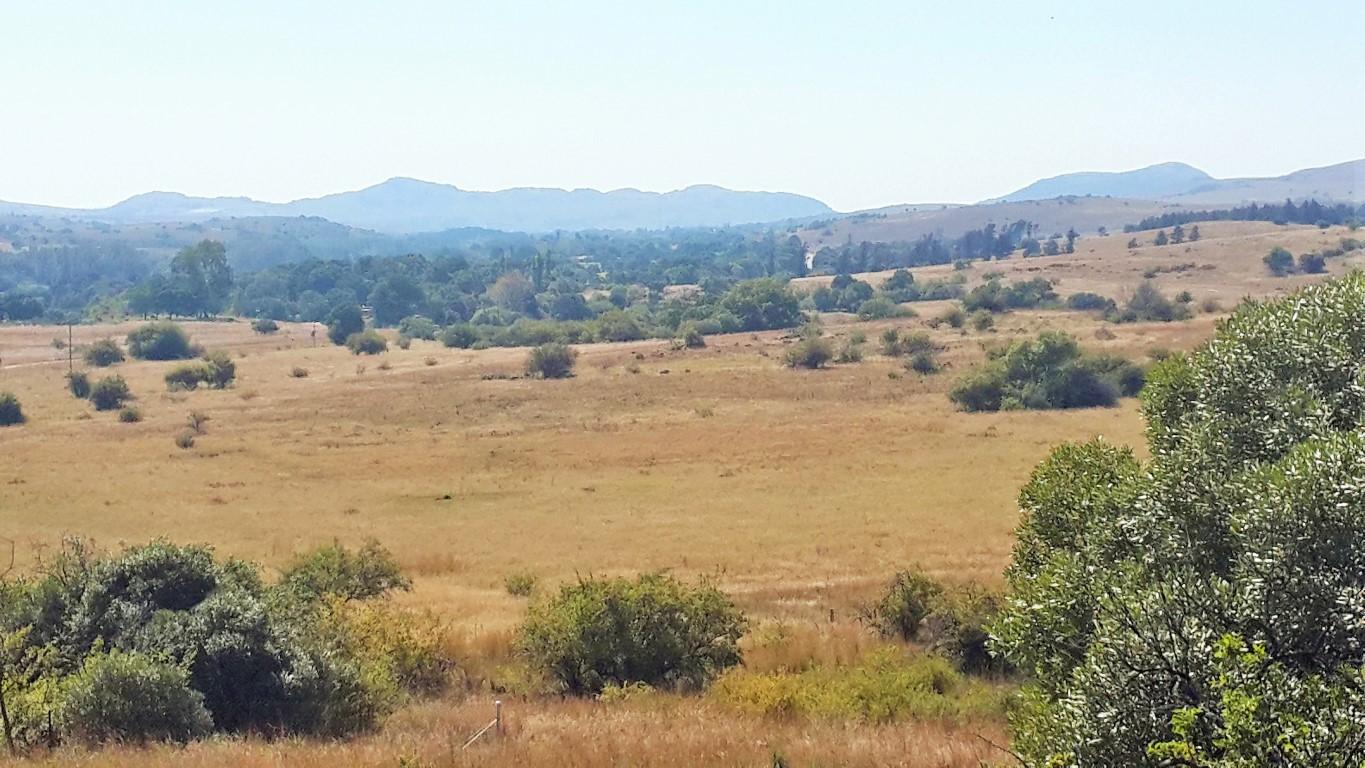 Once the air cleared, Guglielmo lifted his head and noticed a large dark hole on the side of the hill. He couldn’t believe what he was about to discover, but there it was, he had blown open an entrance into a cave. By this time Giovanni had returned with the water and Guglielmo, very excitedly, said to him: “I’ve discovered a Wonder Hole”. Looking into the cave, they saw a beautiful interior of white stalactites and stalagmites. It was like something seen only in Walt Disney films of today. 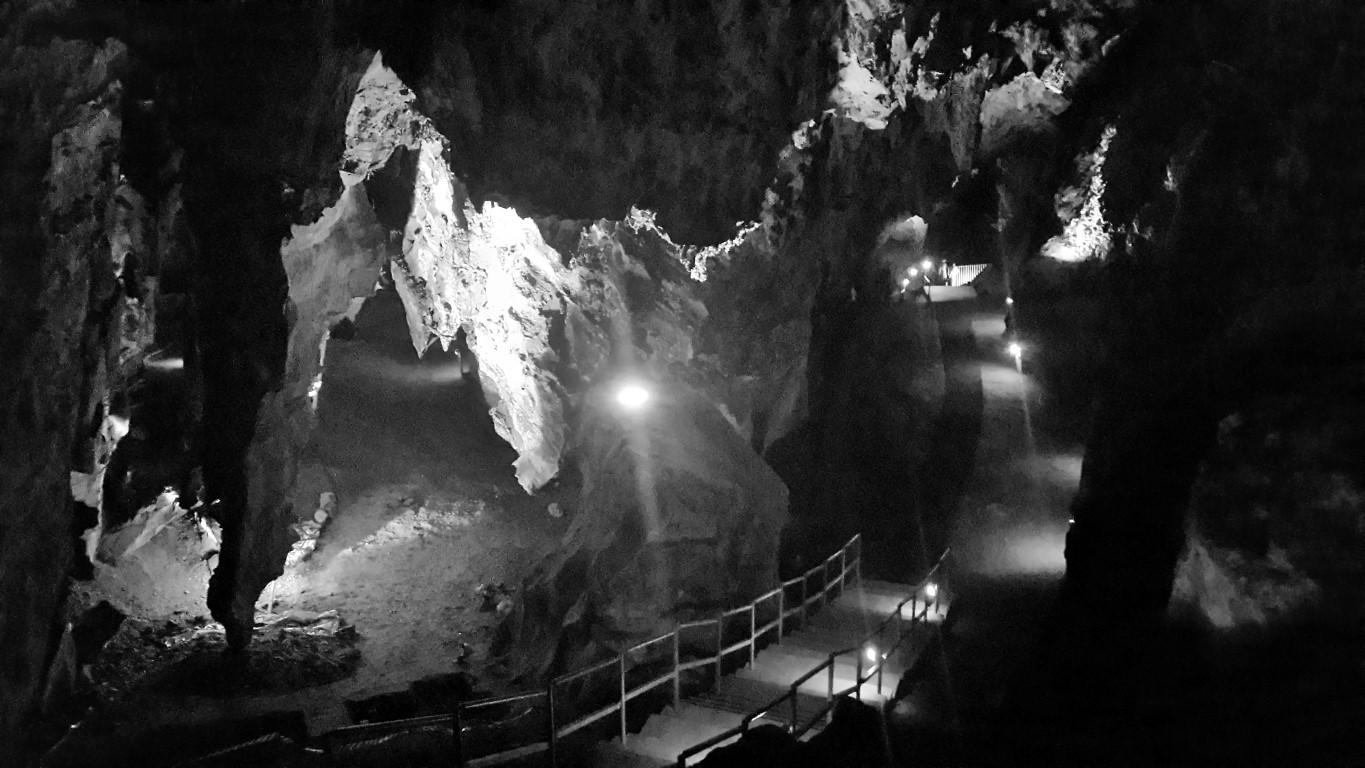 Deeper in the cave, an underground river system was seen flowing through. What lay deep in the cave was only to be discovered in 1947 by Dr. Robert Broom, who was exploring and doing research in the cave. He was to come across an ape humanlike creature which probably walked upright, which he called in scientific terms “Plesiantropus Transvaalensis”, better known as “Mrs Ples”. 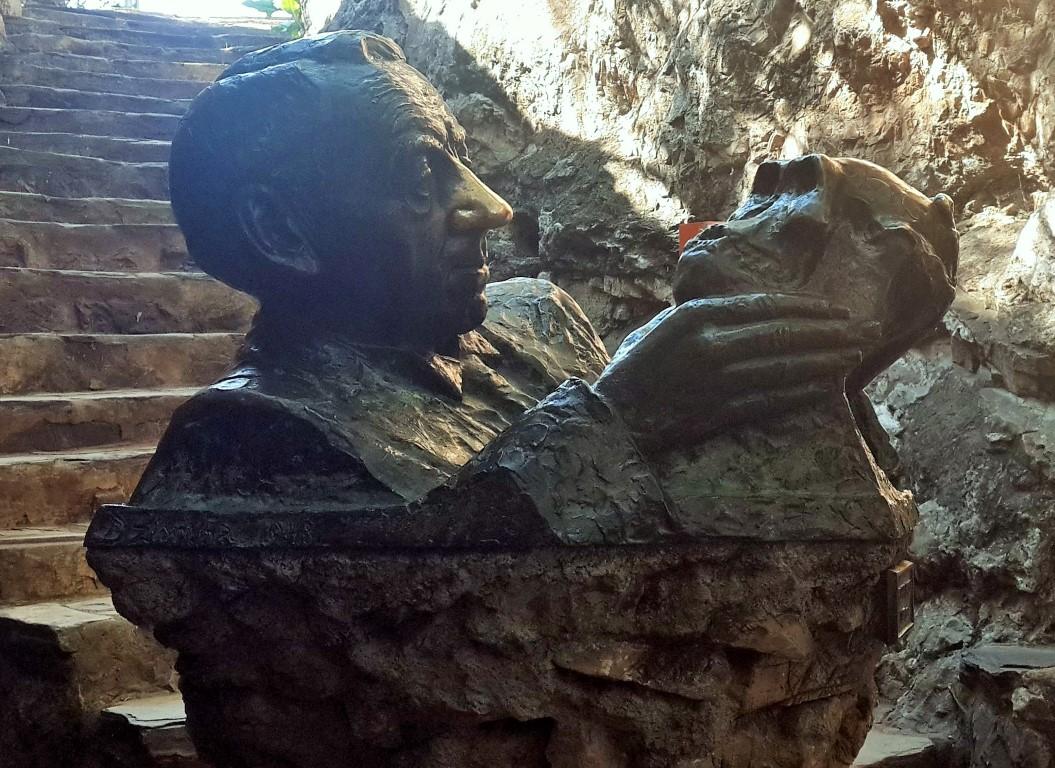 Statue of Robert Broom and 'Mrs Ples' (The Heritage Portal)

Guglielmo Martinaglia was never to see this great discovery into the origins of mankind as he died on 5 January 1929 in the nearby town of Krugersdorp. His grave is kept in immaculate condition in the Roman Catholic cemetery known as “Burgershoop Cemetery”.

The “Wonder Hole Man” is no more, but his legacy still lives on. His photo and a special gold plaque can also be seen at the Sterkfontein Cave Museum. 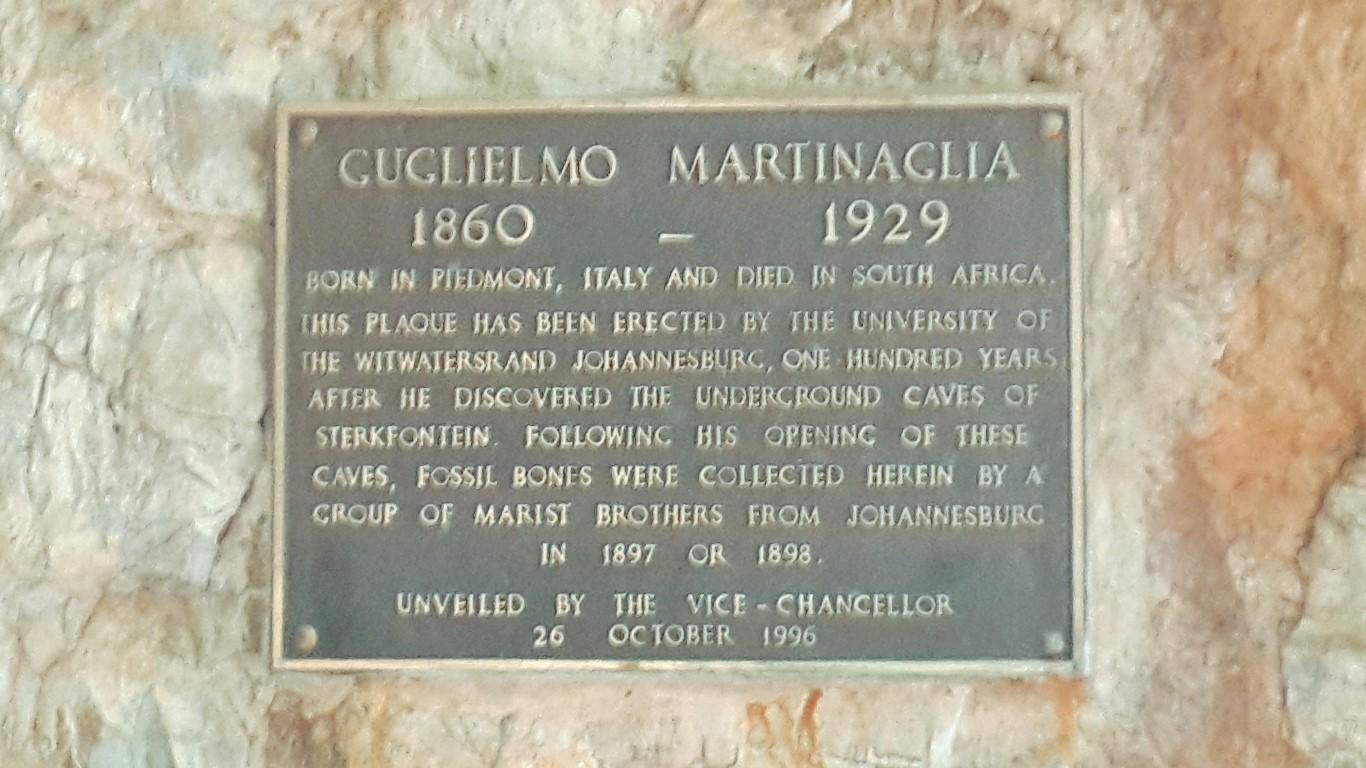 Dr. Robert Broom was correct when he stated that the Sterkfontein Caves are the anthropological treasure house of the world. Professor Philip Tobias of the Department of Anatomy, University of the Witwatersrand, Johannesburg, took over the research and was later joined by Dr. Ron Clarke. Further discoveries were to be made. 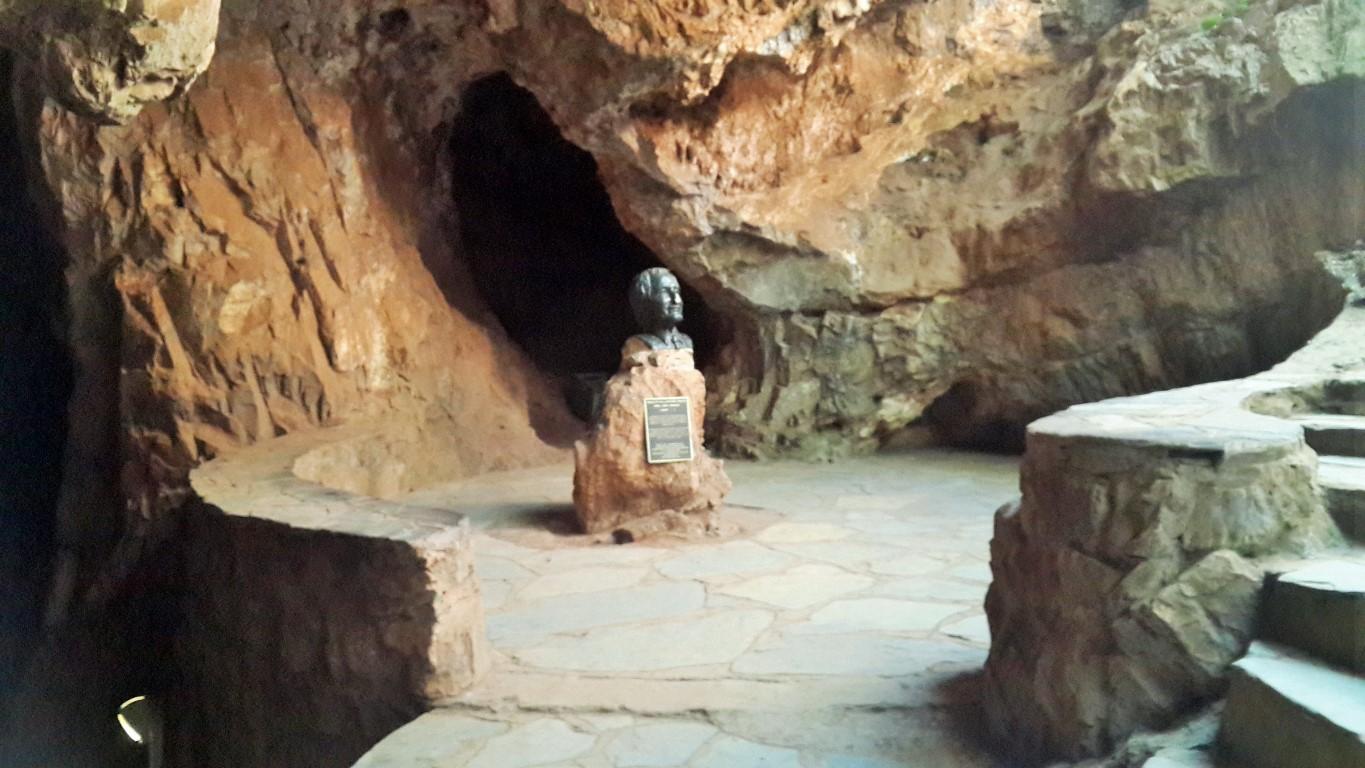 In 1994 Dr. Clarke found a number of human bones in forgotten storage boxes at the anthropological warehouse, which had been misfiled as monkey and antelope bones. Together there were enough bones to reconstruct an articulating Australopithecus lower leg and foot, the first of its kind to be discovered. Dr. Clarke called it “Little Foot”. In December 1997, the ex-director of excavations, Dr. André Keyser, found two children’s skulls estimated to be between 1.5 and 2 million years old. The older child was again Australopithecus Robustus. The discovery took place at Drimolen, which is situated near the Sterkfontein Caves.

In December 1998, Dr. Ron Clarke discovered a full skeleton of a prehistoric ape man buried in the walls of the Sterkfontein Caves. The skeleton was aged at 3.5 million years and with great patience and care it has now been removed.

He won a scholarship after completing his high school education and went to study veterinary science at Cornell University in the USA. He further studied in Canada, where he obtained his doctor’s degree. On his return he joined the staff at Onderstepoort Veterinary School near Pretoria (capital city of South Africa), studying under Dr. Francesco Veglia of Cuneo, Piemonte, and Dr. Arnold Theiler from Switzerland (who discovered the cure for the “wire worm disease” which caused huge stock losses amongst sheep in South Africa). Both were knighted for their medical research achievements.

Due to his fine record as a research worker, Giovanni was made Director of the Johannesburg Abattoir. Thereafter he was one of the foremost knowledgeable researchers into the tuberculosis desease still plaguing many in Africa today. His research was conducted at the King George the 5th Hospital in Durban. During 1933, Giovanni collected specimens in the Sterkfontein Caves, which were submitted to the Imperial Institute of Entomology for identification. On 21 June 1933 the Institute reported that the “Dipteran Flies” submitted belonged to two species of “Streblidae” 1. Nycteribosca Africana, walk, and 2. Raymondia Planiceps. The latter was new to the British Museum. Of the first mentioned specimen, the Museum had only previously received two specimens.

Giovanni Martinaglia passed away in Johannesburg on 10 May 1967, one day before his 78th birthday. 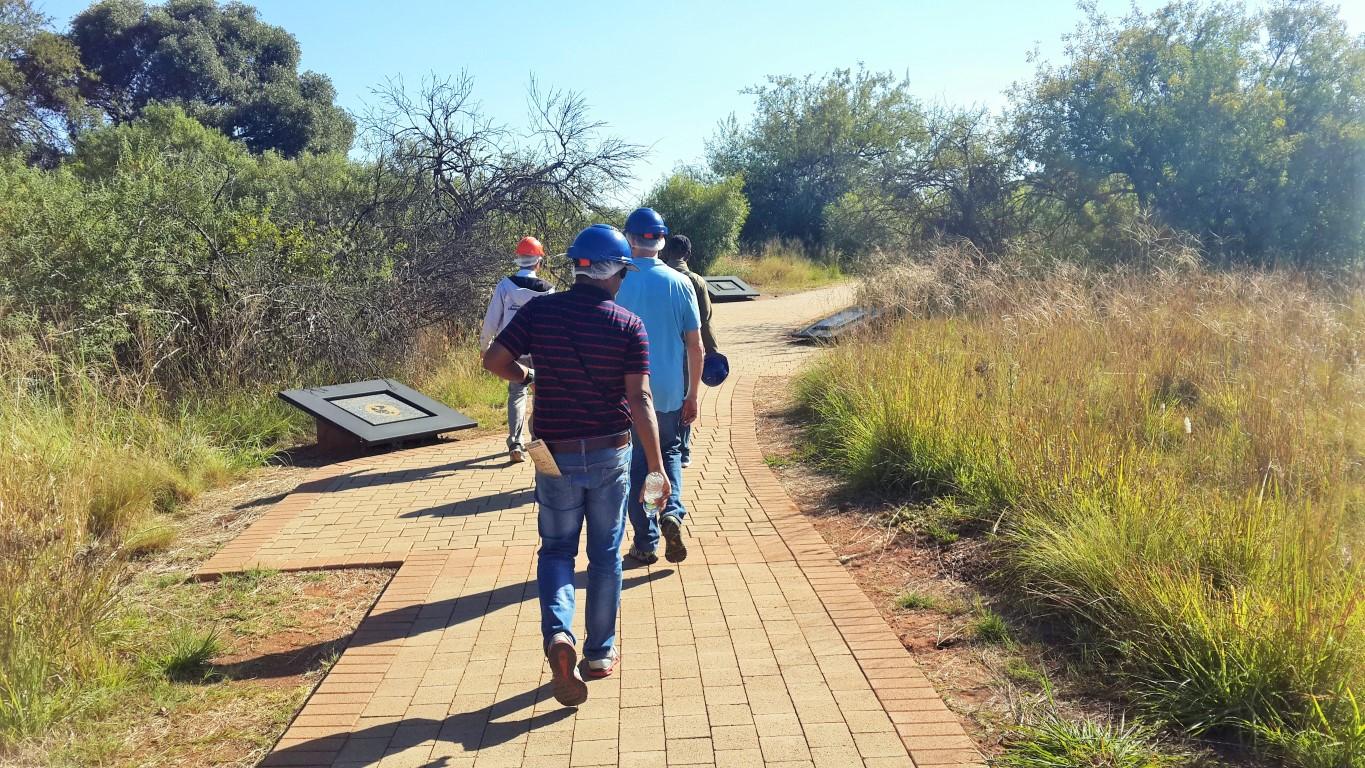 Walking towards the caves (The Heritage Portal)

André Martinaglia is an Amateur Researcher, Geneaologist and Historian. He was born in Johannesburg and has served the Italian and South African Communities for many years. He is well known in Namibia for his historical studies and for his service to members of the Swakopmund Scientific Society and the community in general. In addition to this he is known for his international Waldensian Community Studies in South Africsa, Italy, France, Germany, USA and South America. He was awarded the ''Cavaliere'' Knighthood Award in Cape Town, by the Italian Government in 2007.