From the Alps to the Highveld

Sit back, grab a cup of coffee and enjoy this phenomenal piece by Ian Robinson. It was written in the 1980s and traces the remarkable story of the pioneering Italians that helped to build South Africa's first major manufacturing industry.

Gold was discovered on the Witwatersrand in 1886 and the subsequent development of the gold mines required large quantities of dynamite. As there was no local manufacturing industry, all requirements had to be imported.

At the end of 1887 the South African Republic granted Edouard Lippert, a German, the exclusive right to sell explosives. He established a company - the Zuid-Afrikaansche Maatschappij van Ontplofbare Stoffen - which imported explosives from the Nobel organisation in Europe.

Dynamite was delivered in blocks and a factory was established at Leeuwfontein, east of Pretoria, to shape the explosives into cartridges, wrap and pack them for dispatch to the Witwatersrand mines 60km away.

A manager and workers were brought from Nobel factories in Europe to Leeuwfontein. Many employees were from the town of Avigliana, near Turin in Italy where the Nobel organisation had opened a factory in 1872. About 1 000 workers were employed at the Avigliana operation in 1890, Wages were generally very low and some workers earned as little as 2.40 lire (less than two shillings) per 12-hour day.

The promise of a better life in South Africa and a spirit of adventure lured workers from Avigliana to Leeuwfontein and eventually the number of employees totalled about 60, of whom approximately half were women. The women worked as cartridge girls (cartucciere), their job being the packing of dynamite into waxed paper - the final form.

June 1894 saw the formation of a new company - Zuid-Afrikaansche Fabricken voor Ontplofbare Stoffen Beperkt - as a result of pressure by the mining industry to cancel Lippert's dynamite concession. In reality, the concession was merely transferred from the previous company but a condition of the government's appointment of a new agent L G Vorstman, was that he erect a factory that could produce 80 000 cases of dynamite annually.

President Paul Kruger had realised that the development of the gold mines necessitated the construction of such a factory in the Transvaal and therefore approached Nobel, who sent a contingent to the Transvaal. They selected a site and then called for volunteers from Europe to build and operate the factory.

At the time, Nobel's operation in Avigliana was experiencing a decline in demand for dynamite which led to the dismissal of many workers. The local newspaper, the Indipendente, commented on the gravity of the situation, pointing out that it affected workers employed in a very specialised industry whose services were only required in certain countries.

The spectre of unemployment and bonds with relatives and friends already working at Leeuwfontein thus ensured a favourable response to Nobel's call for volunteers. Workers were also recruited from Germany, Austria and Scotland and construction of a factory at Modderfontein, near Johannesburg, began in March 1895.

On June 15, 1896, the nitric acid plant started up, manned almost entirely by Italians. Giuseppe Meano, who come to South Africa with his wife Teresa and four children, was plant foreman. The two most senior Italian employees before the outbreak of the Anglo-Boer War in October 1899 were a Mr Norsa and Pietro Col. Both were superintendents of Factory No. 2 and when Norsa deputised for Col during the latter's absence for a period in 1898, he was granted a bonus of 25 pounds for 'special services rendered'.

An early view of the Modderfontein Plant.jpg 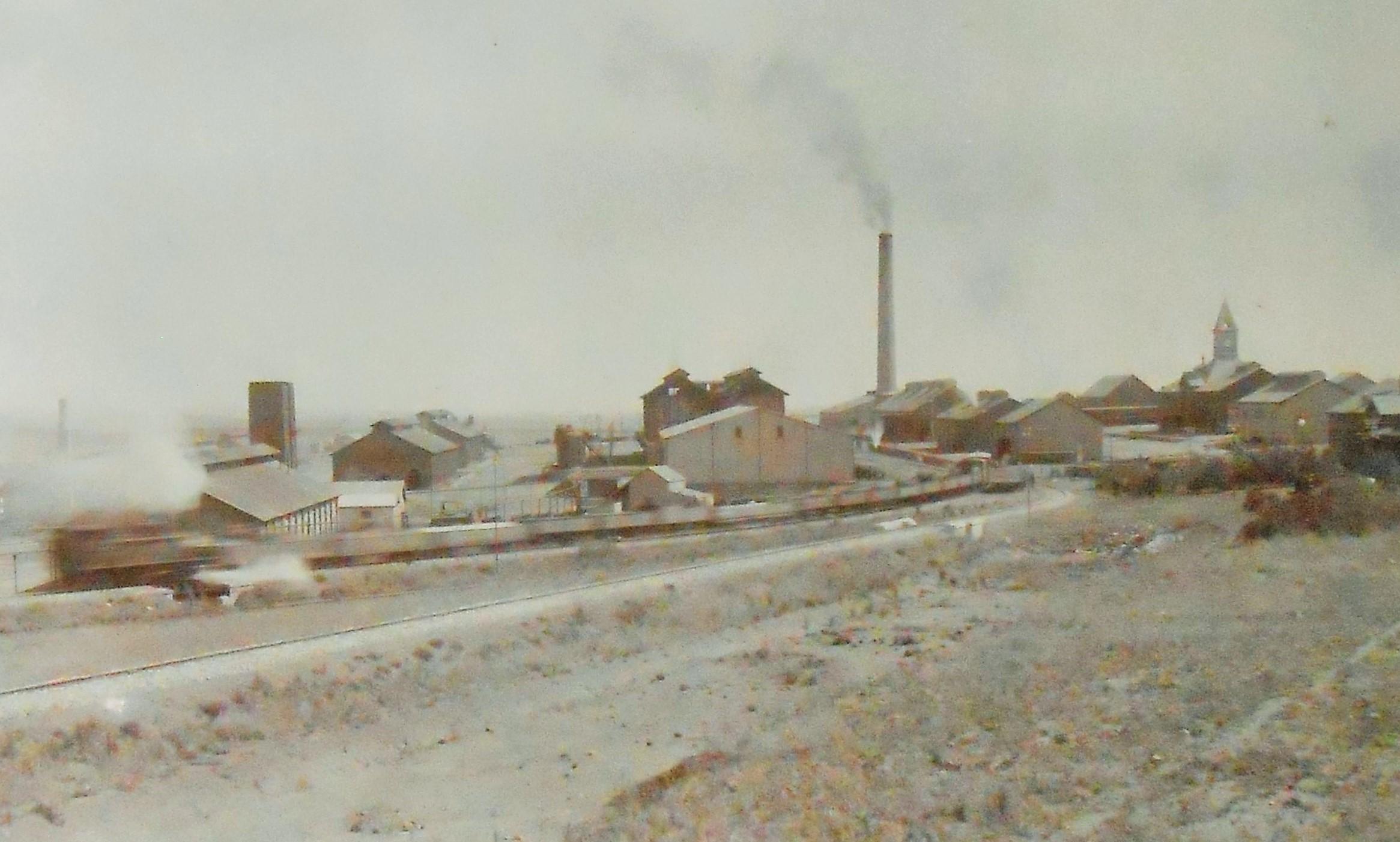 An early view of the plant at Modderfontein

On the renewal of his contract with the Company in November in 1898 Col's monthly salary was raised to 70 pounds and, in recognition of his status, he was transferred from where he had been living with 'minor employees' to a house with four rooms and a bathroom which he would share with another senior employee.

Two incidents illustrate the status which Col evidently enjoyed at Modderfontein. In April 1900, Italians living in both Johannesburg and Modderfontein made a collection in aid of victims of an explosion at Avigliana. Col organised the collection of the money, totalling nearly 50 pounds, and sent it to the mayor of the Italian town. In May the same year, when the Anglo-Boer War had been in progress for over six months, Col wrote to Company management enquiring about the future of employees. The Company replied that those with contracts would be kept on until the expiry of their contractual period, whilst those without contracts, notwithstanding the right to give them eight days' notice, would be kept as long as possible and their remuneration would depend on the work they did.

Modderfontein's cartridge girls worked 12 hours a day and lived in constant fear of explosions. The greatest tragedy to befall the Italian Community occurred in 1898 when three Italian women were killed in an explosion in Cartridge Hut No. 10 of Factory No. 1. After this, the women were no longer employed in the cartridging huts but remained for some years in the capacity of packing house overseers.

Shortly before the outbreak of war, President Kruger requested that the factory investigate the possibility of maiking smokeless power – ballistite. In 1888 Alfred Nobel had published his patent for a slow-burning powder made by combining nitro-cellulose and nitroglycerin in almost equal quantities. Ballistite had been developed in response to the need for an explosive for guns which would propel without blasting.

The Italian government immediately perceived the potential importance of ballistite and acquired patent rights in Europe. A new section for the manufacture of the product was added to the Avigliana factory and by January 1900 ballistite was being manufactured at Modderfontein. Soon all cartridge loading plant was transferred from the black powder factory near Pretoria to Modderfontein.

With the outbreak of war, Italian workers began to leave the factory. By the end of 1899 production had practically ceased and all surplus employees were retrenched. In the first eight months of 1900 some 100 Italians left. Most of them returned home via the port of Delagoa Bay (Maputo), which was connected to Pretoria by a railway completed in 1898. Production of ballistite lasted only a few months before Modderfontein was occupied by British Troops of the Third Cavalry Brigade under the command of General Gordon.

In view of the British occupation of the Transvaal, the Nobel Trust decided that its South African operation should be liquidated and its assets acquired by a new company, with headquarters in London, to be called the British South African Explosives Company. Consequently a Scotsman, William Cullen, was appointed manager of the factory and he immediately began preparations to resume manufacture. By the end of 1901 three mines on the Witwatersrand had re-opened. The Treaty of Vereeniging signed on the 31 May 1902 ended the war and workers began to return as demand for dynamite rose in response to increased gold production. 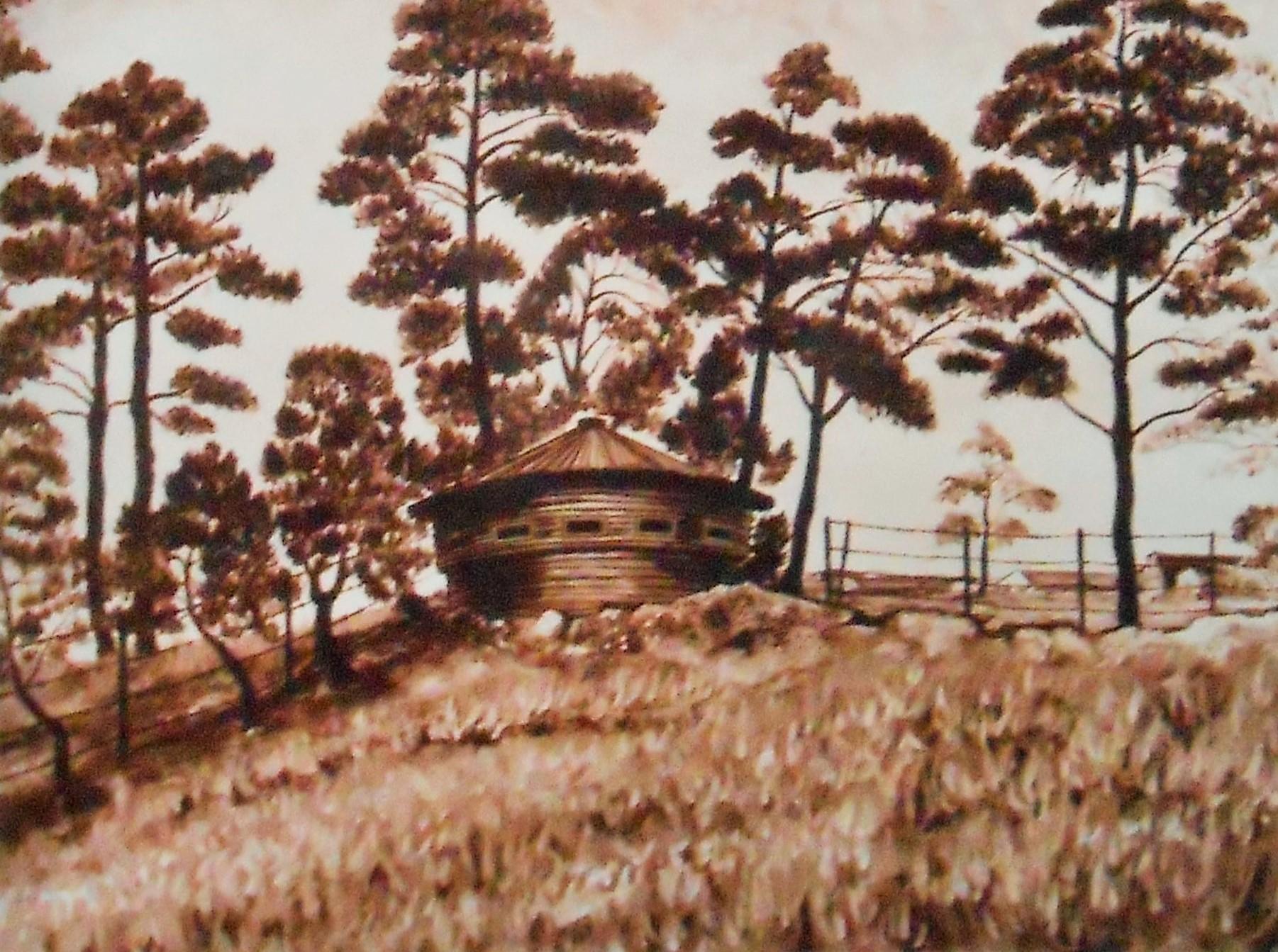 Though not concerned with South African political issues, Modderfontein's Italians retained strong commitment to socialism and a sense of solidarity with their fellow workers in Avigliana. The Piedmont socialist weekly La Valanga (The Avalanche) published a letter in 1903 from comrades Audagnotti and Rocci at the Modderfontein Dynamite Factory in which they expressed their solidarity with the newspaper. The publication had been fined for a contravention by the authorities, described in a letter as 'enemies of progress and civilisation’. The letter listed the monetary contribution to La Valenga from employees at Modderfontein and ended with the phrase ‘Long Live International Socialism’.

Another letter from South Africa condemning the treatment of workers by the Italian government was published in 1906. Written by G B and E Allais, the letter expressed strong anti-religious sentiments. Allais and his wife, having declared themselves, ‘proud not to have baptized their two daughters’, applauded a certain E Ferri for ‘the glorious campaigns undertaken against the exploiters of earth and sea’.

A number of contributions of the newspaper followed and appreciation was recorded with the words: ‘To our loyal comrades from Pretoria, who give so much moral and material support to our cause , we extend a warm greeting and grateful thanks.’

End of an Era

In the first decade after the Boer War the number of Italians at Modderfontein declined progressively as about 70 left to return to Italy or found jobs elsewhere. The departure of Giuseppi Meano – pillar of the Italian community for 17 years – may be regarded as the symbolic end of an era.

At the time of Meano’s departure, more than 25 years had passed since the arrival of two Aviglianese – Modesto Gallo and Ferdinando De Matteis – in 1888, who together with another Italian, Agostino Marra, built the first dynamite factory at Leeuwfontein.

Now, more than 75 years later [late 1980s], the link between Avigliana and Modderfontein has not been forgotten. A recent visit [again late 1980s] to Modderfontein by a group of Aviglianese descendants of the original factory community bears witness to this. Among the visitors were Mrs Rocci, who was born at Modderfontein in 1908.

The tour by the Italians included such diverse stops as a nostalgic picnic on the banks of Dam Three (a traditional Italian picnic spot all those years ago) and a commemorative mass in the grounds of the old cemetery – resting place of some of the pioneers.

The contribution of the people of Avigliana represents a colourful chapter in the history of Modderfontein. They were pioneers in new and dangerous technology who brought their skills, dedication to work and strong sense of family and community loyalty to a primitive, war-torn land to share in the trials and triumphs of building the first major manufacturing industy in South Africa.