Where, when, what or who was Hardy Cross?

If I was to ask that question, 9 times out of 10, the respondent would not know and would take a stab and say perhaps a railway station in London. If it was the last question on “Who wants to be a Millionaire” to win £1 000 000 (that’s Pounds not Rands) would you phone a friend, ask the audience or take a 50:50? (supposing in the unlikely event those options were still available to you). If you had a friend who was a Structural Engineer of mature years and you rang him he would know the answer and you would be a Millionaire; please spare him a thought and give him a “bonsela” (gift).

Of course the reader is still none the wiser as to the correct answer, was it a railway station, a bridge, a major road intersection, a monument, maybe a battle fought a long time ago; no it would be none of the afore mentioned it was in fact the name of an American who was an eminent engineer and college professor at the University of Illinois (1921-1937) and then Yale (1937-1953).

Hardy Cross (1885-1959) was an engineer, analyst, educator and philosopher and he had a profound influence on the design of buildings across the globe in the period between 1930 and 1970. He did not build but his theories contributed greatly to the spread of the modern framed building in its two manifestations, reinforced concrete and structural steel. “HX” at the time of the 50th anniversary of the Institution of Structural Engineers (1958), would receive, at the age of 73, their prestigious Gold Medal award for his lifetime of achievements in the field of structural analysis and it is therefore sad to say that he has been largely forgotten today as computer programmes have taken the place of the methods that he taught and that had such influence on a generation of engineers. 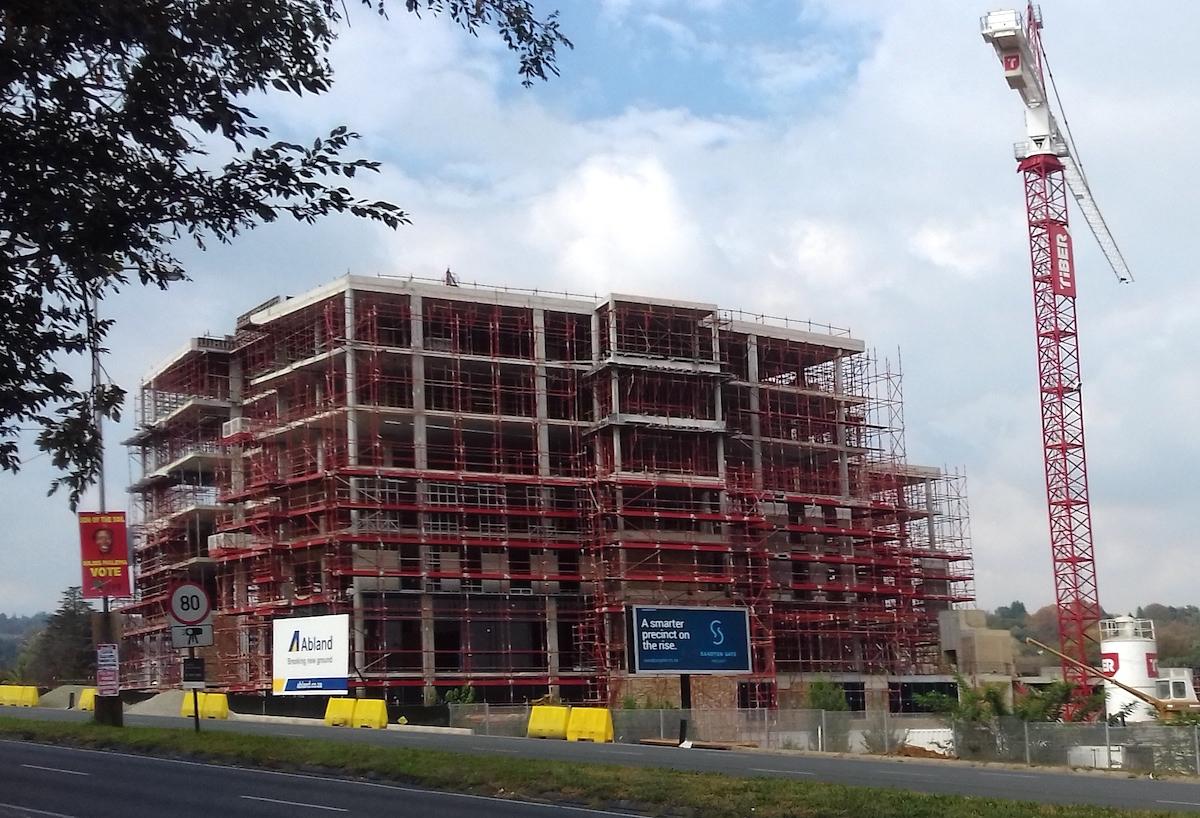 At the dawn of the 20th century the construction of multi-storey skeletal building frames was the preserve of structural steel sections (rolled steel joists, channels and angles), as first developed in Chicago after the Great Fire of 1871. American, British and German steel mills were hot rolling steel sections and each country had a steel fabricating industry supplying their home markets as well as exporting to overseas territories, South Africa being a target market before it started its own steel industry. The monopoly that structural steel enjoyed would be challenged by an old building material given a new lease of life – Concrete. Mass concrete had been known as a building material since classical times with the Romans being renowned in its use, with their own crowning glory being the vast vaulted ceiling of the Pantheon, which rises to the oculus, an eye-like opening to the sky. The Pantheon with its hemispherical dome, 142 feet (43.282m) in diameter (and weighing 5 000 tons), was erected by Hadrian, sometime between 118 AD and 128 AD, as a temple of all the gods and it remains today one of the grandest monuments of Ancient Rome.

Now concrete is a mix of cement, sand, aggregate (small stones) and water that when set has great strength in compression but is weak in tension, thus to off-set this deficiency steel reinforcing bars are required to be embedded in the concrete to resist tensile forces; hence the name for this composite material is Reinforced Concrete. Wet concrete is poured into shuttering (a.k.a. formwork) that has re-bar already fixed, the shuttering moulds the concrete to the final dimensions of the slab, beams and columns that make up the load bearing structure of a building and once the concrete has set and gained half its strength (usually at 7 days) the formwork is struck (removed) and it is able to support its own weight. The bare concrete frame, sans cladding, exhibits continuity between columns and beams (i.e. no pin joints); this fact was problematic for the structural engineer when it came to analysing the building frame. The difficulty arose in that the structural frame created was classified as “Indeterminate”, i.e. a structure whereby the static equilibrium equations alone are not sufficient to determine the internal forces of the members or the reactions.

Professor Hardy Cross would come to the rescue as he developed a straightforward method of analysing an indeterminate structure, which did not need to solve a plethora of simultaneous equations, but instead would use arithmetic to reach the results needed by successive approximations (an iterative process), which was a real game changer for the practicing structural designer. The method would be known as Moment Distribution or “Hardy Cross” and would be the standard procedure for structural analysis until computer programmes replaced it.

Hardy Cross announced his method of Moment Distribution in a paper published in May 1930 entitled “Analysis of continuous frames by distributing fixed-end moments”, and although it was contained in a mere eight pages it elicited a response of 144 pages of discussion from the engineering fraternity. At a stroke his method replaced all other hand methods that were tedious in the extreme and prone to mistakes being made in their working out.

Nearly 90 years has elapsed since the ground breaking “Hardy Cross” method was presented to a brotherhood of eager engineers that was in dire need of a practical solution to the analysis of Indeterminate Structures and although it has been superseded by computer software such as “Prokon” (in South Africa) it still has a role to play for young undergraduates at varsity as it gives them a “feel” for how a structure acts under load which is missing when using a PC to do the work for you. I often muse of being shipwrecked on a desert island with just a pencil, calc pad and slide rule (a.k.a. slip stick) and to pass the time, with no deadline to worry me, I could design a building by “Hardy Cross” for my own amusement, under a palm tree.

For an introduction to the Moment Distribution method, I refer the reader to Ref. No. 3 below.