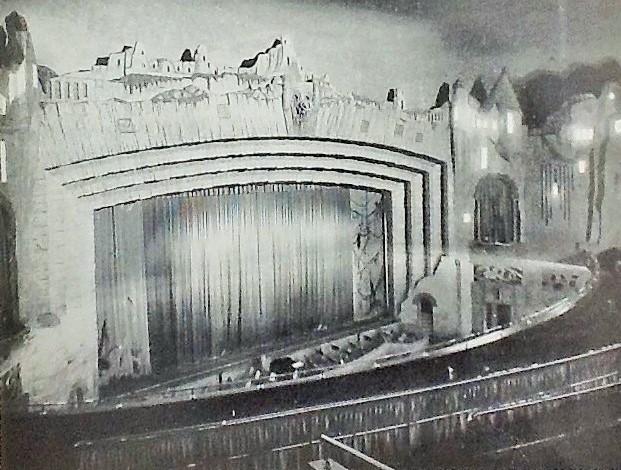 The unearthing of the programme and proposal to save the Colosseum in the early 1980s led me further into a sleuthing foray. At the Johannesburg Heritage Foundation research centre I presented the 1980s papers. Mary Boyeasse, a keen researcher, then said ‘we have that one already’ but five minutes later she reappeared with a rare original souvenir programme of the 1933 opening of the Colosseum. The 1982 prospectus takes on a new look because the design was based on this original souvenir programme. I wonder how many copies of this programme have survived in private hands?

What an exciting find this is and of course it adds to the story of the Colosseum and a connects the dots from opening to closing of the theatre, from 1933 to 1985. 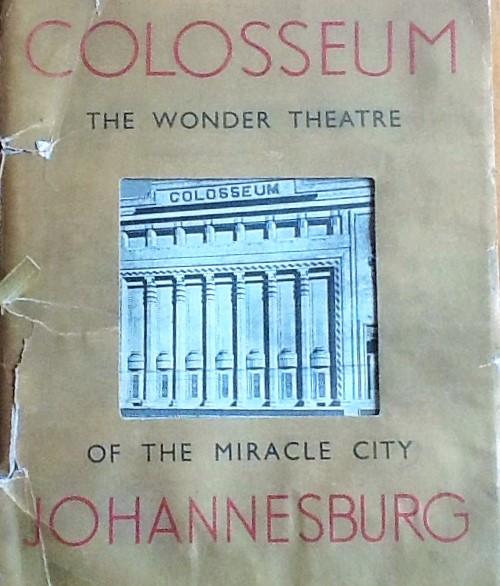 The opening hyperbole burbles awkwardly: "A product of South African creative arts, technical skills and craftsmanship for the enjoyment of South Africans. The supreme achievement of South African theatre construction, unexcelled anywhere in the world for luxury and modernity, unapproached in our own country. A wonderland of illusion, made possible by the great assembly of marvellous devices within its walls."

The man who had the vision based on business success, expansion and progress was the American entrepreneur Isador William Schlesinger (1871-1949), the Chairman of African Theatres and the pioneer of the movie industry in South Africa. Schlesinger arrived in the country in 1894. He started his life here as a commercial traveller and moved on to insurance and real estate. In 1913, together with Harry Stodel, he established the African Theatre Trust and there followed a chain of theatres. He pioneered the making of films and particularly notable was the African Mirror as a weekly newsreel.

Schlesinger lived at Whitehall Court in Killarney. The suburb became his Hollywood when he established the Killarney Film Studios. Schlesinger proudly retained his American citizenship and wanted to import American novelties and the latest trends in entertainment. The Colosseum was his supreme ambition, a wonder theatre in the miracle city. The combination of excellence in contemporary design and technical engineering saw an investment in a state of the art movie emporium. 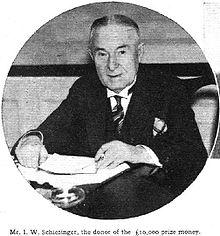 The opening programme explains that the objective was to create an atmosphere theatre and the inspiration came to the architect when he encountered an outdoor village street theatrical performance in Spain. "The stars shone overhead in a sky of velvety blue-black" while the audience sat on chairs in the roadway or watched from balconies and windows of surrounding buildings. The Colosseum was extraordinary because it combined luxury and a fairyland illusion. Behind the scenes, as the programme discusses in some detail, was the technical excellence in lighting devices, air conditioning, ventilation systems, elaborate sound systems and the latest projection systems. A team of nine technical and managerial experts was assembled to present the shows. 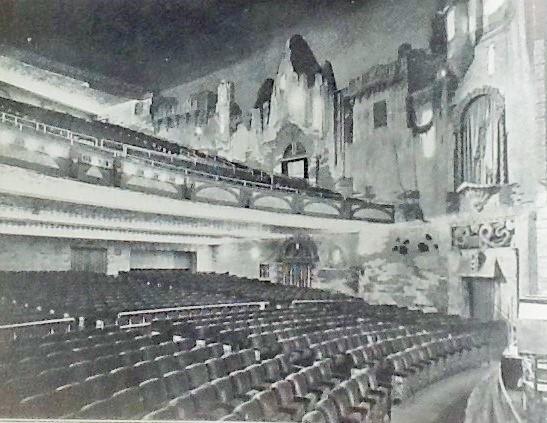 The magical fairyland castle setting set me thinking about Hollywood, movie making and the supremo of fantasy, Walt Disney who was inspired by the fairy like castles of Europe in the making of his classic movies. Segovia's Alcazar was featured in cartoon format in the 1940 Fantasia classic and the Neuschwanstein Castle in Bavaria was the inspiration for the dream like castle in Sleeping Beauty. This was the artistic milieu for medieval fantasy not only inspiring the Disney movies but also the theatrical, dramatic settings for the viewing of such cinema classics.

The programme also shows that enormous attention was paid to the details and defined spaces, such as the Golden Foyer, the Mezzanine Promenade, the Wonder Tea Room ("the largest tea room to be found in any theatre in Africa"), the exquisite Cosmetics room, the rising orchestra well for a full scale orchestra, the luxury comfort of arm chair seats (with an ash tray and hat rack on each seat).

Jan Smuts opened the Colosseum on 4th October 1933 (he was at that date the Minister of Justice in the Hertzog government) and Hertzog himself sent a congratulatory message. How did Schlesinger achieve the coup of the government of the day backing the Johannesburg entertainment industry and what did Smuts think of it all?

The opening programme was a grand occasion with a 120 voice choir musical presentation, a cine magazine, a Walt Disney cartoon, a news reel, an orchestra performance and then following an interval came the main movie feature Gaumont British Pictures’ "Rome Express”. The evening ended with the national anthem, "God Save the King”. It was the formula for all cinema events, with the combination of a newsreel, a short feature, a cartoon before the interval and the main movie in the second half. When did adverts begin to creep in and change directions? Once television entered our lives the Pathe or African Mirror newsreel had become redundant.

The programme for the opening of the Colosseum gives due recognition to the architect (Percy Rogers Cooke), the consulting structural civil engineers (A. S. Joffe), the electrical, sound and heating plant engineers and other subcontractors. Rogers Cooke was the architect of African Consolidated theatres and in the 1920s pioneered the atmosphere style of theatre with the Alhambra in Cape Town and the Prince's Theatre in Durban (1927) followed by the "atmospheric " Playhouse in a fanciful mock Tudor - Elizabethan style. It is only the Durban theatre complex which is still extant though somewhat adapted and altered. H Wolsey Spicer was his deputy so forming a close and enduring partnership. 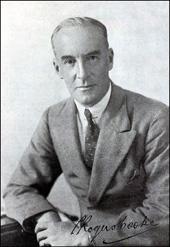 In the Colosseum programme, Rogers Cooke in turn thanks his associate architect, H Wolsey Spicer and the architectural design, detail and decorations throughout the theatre is attributed to Wolsey Spicer. Rene Shapshak, the sculptor who was responsible for the sculptures and plaster modeling also appears in the credits (Shapshak was the artist responsible for the period art works in Art Deco style on Broadcasting House in Commissioner Street of the same decade). However, the surprise omission was the failure to mention the interior design and decorations of William Timlin, who is the artist above all others much praised by Clive Chipkin. The question and the architectural puzzle then is where was Timlin in all of this considering, as mentioned in my earlier Heritage Portal piece (click here to view), his art works, his architecture and his fantasy book illustrations match and visually link to the Colossuem.

The advertisements featured in the programme give another glimpse into consumer tastes of the period... Kayser ladies stockings (you needed little suspended clips and a garment called a suspense belt to hold them in place), an advert for the Ansteys Department Store (with the second Ansteys store featured), a Terraplane car (an open roadster,  built by the Hudson Motor Car Company of Detroit between 1932 and 1938 , priced at £275), Saffric's clothes, linen and camping equipment, all featured on full or half page adverts.

The South African Architectural Record for January 1934 (Volume 19) is a summary of the opening programme but also includes the floor plan of the ground floor and repeats many of the same illustrations. Again though there was no mention of William Timlin. So my next task will be to search for Timlin in the context of the Colosseum... and his architecture of Kimberley. 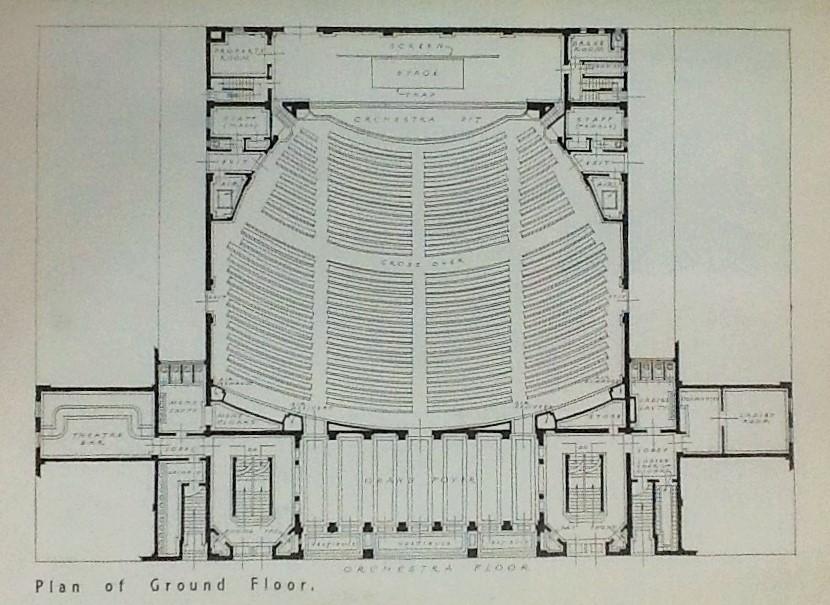