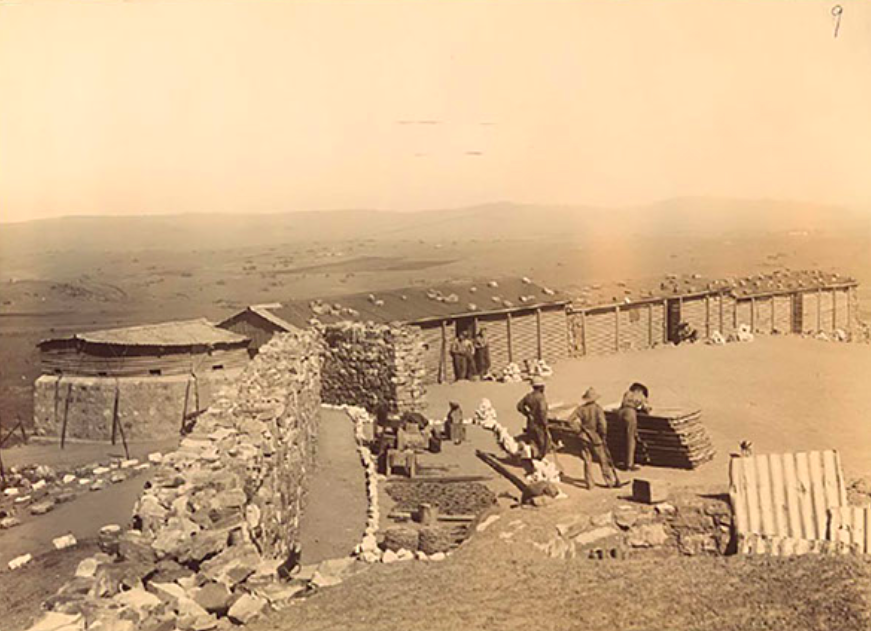 The remains of the largest fortification built by the British during the Anglo-Boer War (1899-1902) can still to be seen today on Strubenkop in Lynnwood, Pretoria. The site today is a nature reserve managed by the City of Tshwane but apart from the remains of the fort nothing much is left on the hill. It is therefore believed that the reserve was proclaimed to preserve what was left of the building.

The history of the Anglo-Boer War in Pretoria has been quite well documented. It was a war between the two Boer Republics (the Transvaal or Zuid-Afrikaansche Republiek and the Orange Free State) and Great Britain. After the British captured Pretoria on 5 June 1900, they erected fortified posts at strategic position all over South-Africa. The main aim was to protect railway lines and other routes as well as to limit the movement of the Boer commandos. The railway lines were of particular importance as illustrated by the fact that the Boers also guarded them when they were still in control thereof.

Repairing a bridge during the South African War - source unknown.jpg 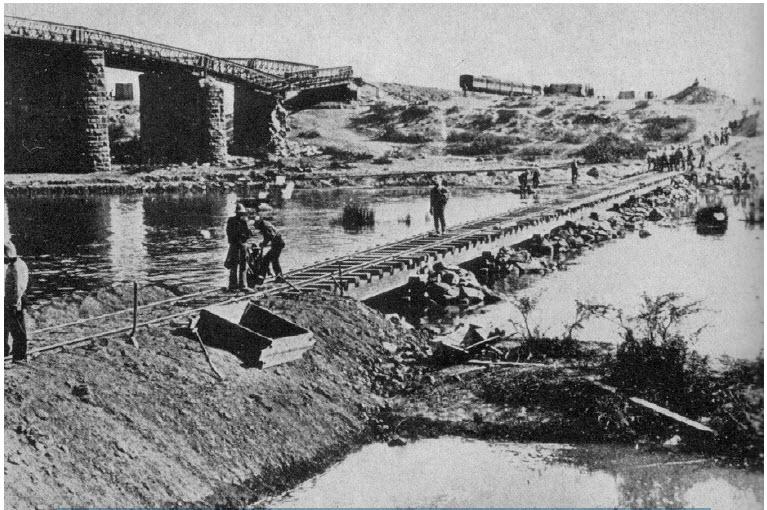 Repairing a bridge during the South African War

By January 1901, many blockhouses (small fortifications) had been erected. These were mainly corrugated iron structures (called Rice pattern blockhouses) as these were pre-fabricated and could be built in a short period of time. From March 1901 blockhouses were also placed on other strategic position such as main routes. By January 1902 the blockhouse lines had been completed. It has been calculated that as much as 8 000 blockhouses were eventually completed stretching over a distance of about 6 000 kilometers. 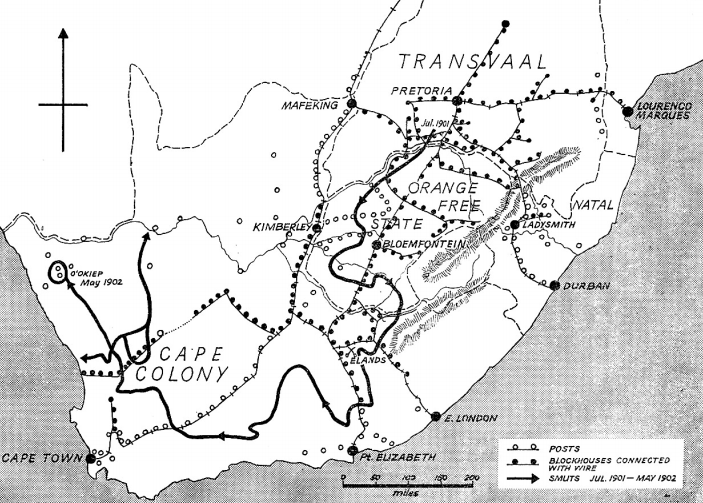 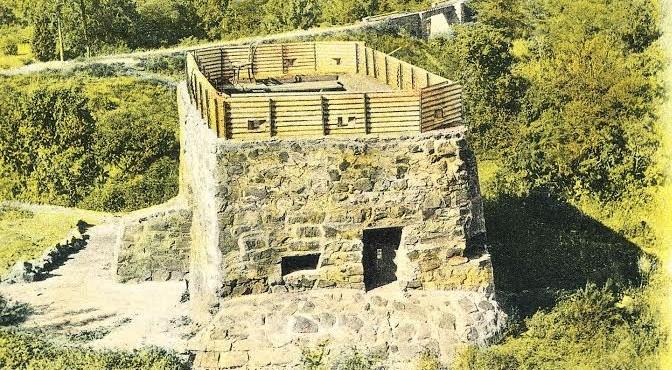 Postcard of a Blockhouse near Pretoria

For the British it was of particular importance to protect Pretoria after they had occupied it. Therefore, they built additional fortifications here. Pretoria already had four forts - Fort Klapperkop, Fort Schanskop, Fort Wonderboompoort and Fort Daspoortrand - which were erected by the Boers prior to the War. In order to turn the town into a complete fortified stronghold, the British added to this. As far as what could be determined, more than 100 stone-and-masonry and corrugated iron blockhouses were erected in Pretoria. Most of these did not survive giving heritage significance to those that did.

The fortification built on Strubenkop, was one of these. It is sometimes called the Eastern Redoubt, but the East Fort seems to have been more in use. This is in relation to Fort West, which is the name that was given by the British to Fort Daspoortrand, which lies to the west of the city. As the name indicates, the East Fort lies to the east of what would have been the town during the early 1900’s.

Strubenkop was strategically important to safeguard the town from the east. This was already indicated in the strategy of the Boers before the War, as they planned to build a fort here. This however never materialized. Even years before during the Anglo-Transvaal War (1880-1881), when the British were in command in Pretoria, the site was used by them as a signal station and lookout point. 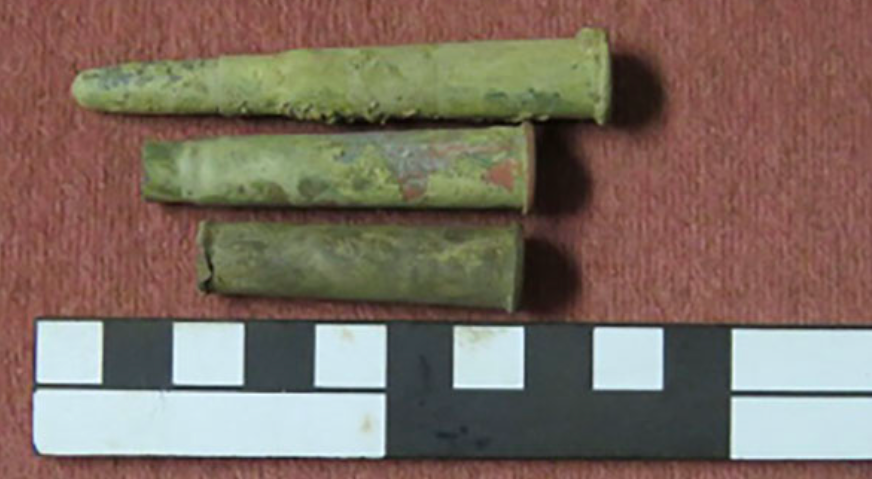 The East Fort was the largest fortification built by the British in Pretoria. All the others were merely blockhouses. It is described as having been built from stone and with a corrugated iron roof. Parts of the walls also were made from corrugated iron with loopholes. From the diaries of British soldiers it is known that the King’s Own Scottish Borderers were involved in the building of the fort. This was done between 15 June and 19 July 1900. It was erected under supervision of Capt. H.B. Jones of the No. 1 Balloon Section of the Royal Engineers. After completion, the fort was manned by Volunteer Company of the 2nd Hampshire Regiment. It was armed with a five inch navy canon.

The fort is currently undergoing archaeological research. Once a year school learners and students join the research team to unearth the walls and associated artefacts. From this it is possible to determine functional areas as well as obtain an idea of the lifestyle of the soldiers stationed here. 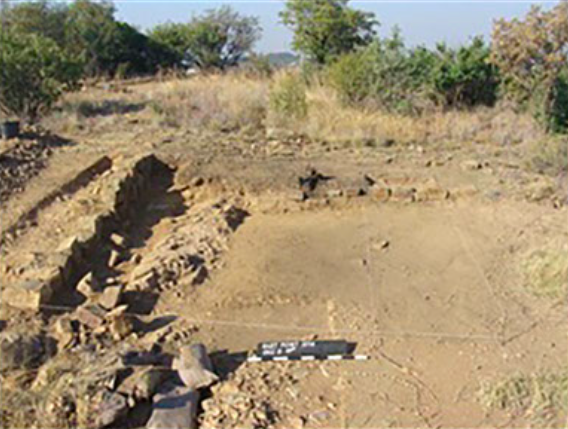 This article first appeared in the June 2021 edition of The Arcadian. Click here to access the original story.