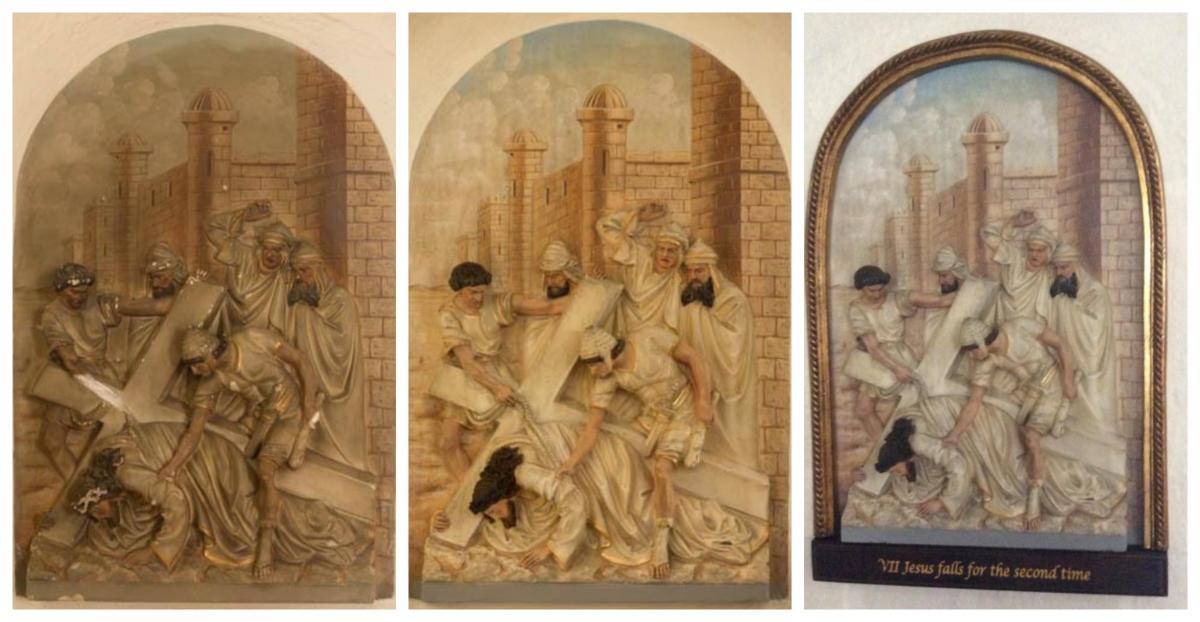 The Stations of the Cross Sculptures in the St Andrew’s School for Girls’ Chapel were a donation from the Matric Class of 1978. The fourteen sculptures depict events in the Passion of Christ, from His condemnation to death to His entombment. Prayerful meditation using the Stations of the Cross through the period of Lent is traditional in many Christian churches.

The sculptures were originally in the Nuns’ Chapel of the Kensington Sanatorium, built in 1897. 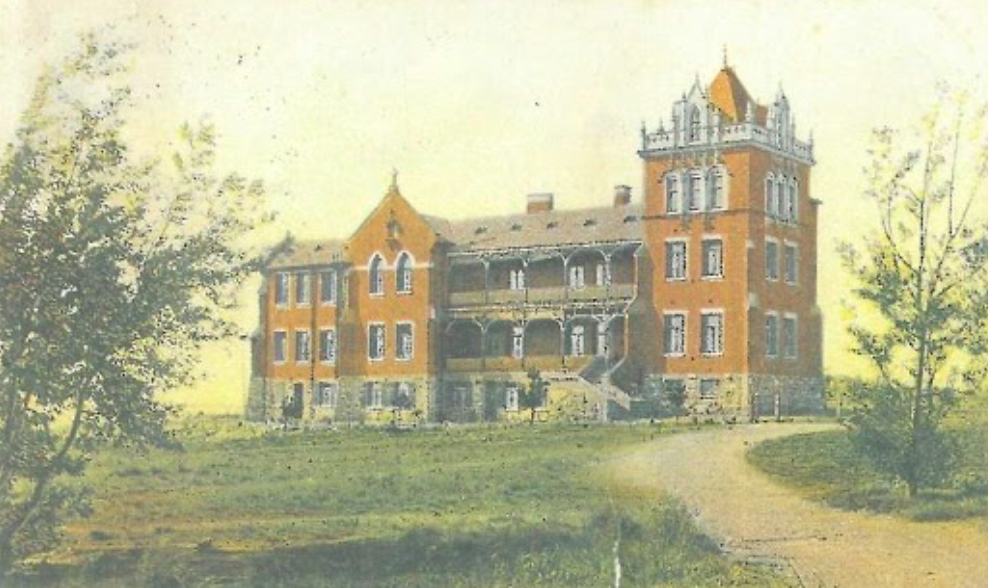 A French order, the Sisters of the Holy Family, established the sanatorium and staffed it. In 1970 the nursing home moved to Eton Road, Parktown where it opened as the Kenridge Hospital, now part of the Donald Gordon Medical Centre. The sanatorium has become the Life New Kensington Clinic for Rehabilitation. 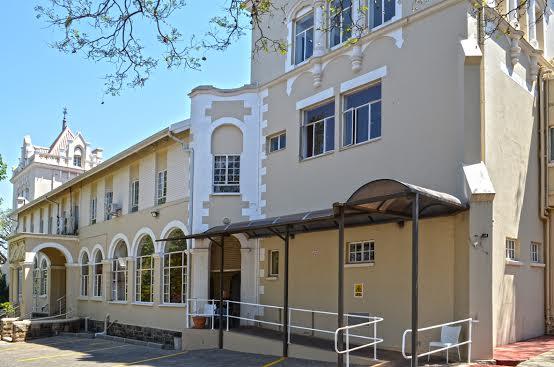 Penny Sonnenfeld was a Matric student in 1978: her father Dr Sonnenfeld, sourced the Stations of the Cross sculptures and gained permission for them to be placed in the St Andrew’s School Chapel. They were installed in 1979. Over the years the sculptures had lost their lustre, became dusty and some were damaged. In 2019, internationally recognised South African sculptor, Heidi Hadaway, was shown the sculptures by the St Andrew’s Executive Head, Ivanka Acquisto.

Stations of the Cross VII before restoration - Heidi Hadaway.png 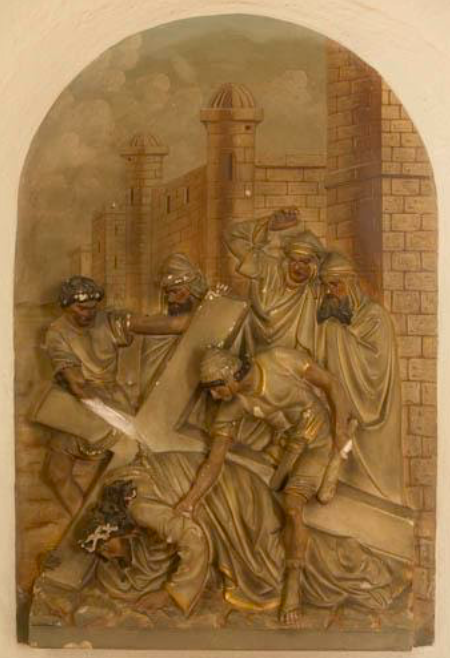 Stations of the Cross VII, before restoration (Heidi Hadaway)

Heidi offered to explore how best to restore the sculptures: she believes they are in the Italian style, made of plaster of paris (gypsum).

Stations of the Cross VII after restoration - Heidi Hadaway.png 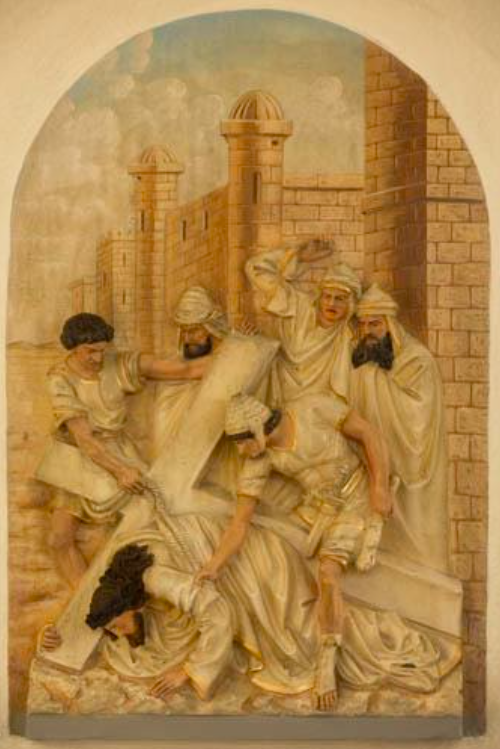 Stations of the Cross VII, after restoration (Heidi Hadaway)

Heidi and her husband Dave undertook the painstaking task of restoration over several weekends; they described this as ‘a labour of love’. After time-consuming cleaning, Pratley putty and an air-drying clay were used to remodel broken parts of some of the figures. The colour touching-up was done with acrylic paints. This work was completed by July 2019.

The second phase of the work of Heidi and Dave Hadaway was completed by February 2020. They have created a beautiful frame surround and a wooden plaque inscribed in gold with the number and explanation for each station. These additions enhance the restored sculptures immeasurably. 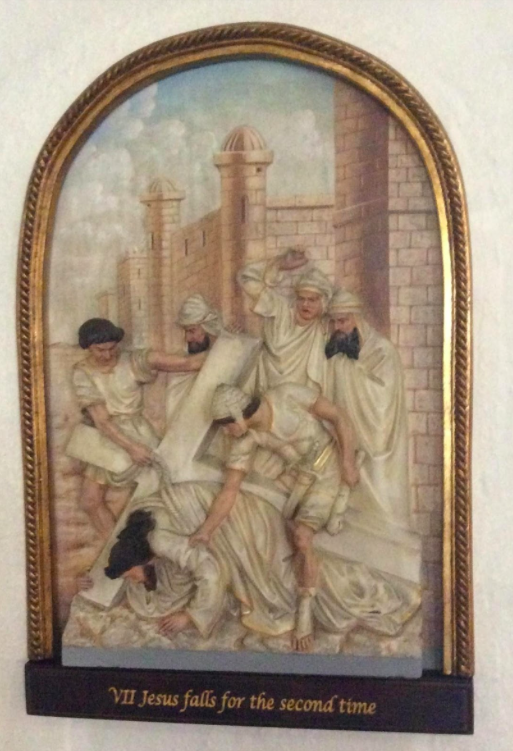 An example of the finished, enhanced, restored Stations of the Cross sculpture

Alison Orpen is the Archivist at St Andrew’s School for Girls.