A Short History of the Cape St Francis Lighthouse 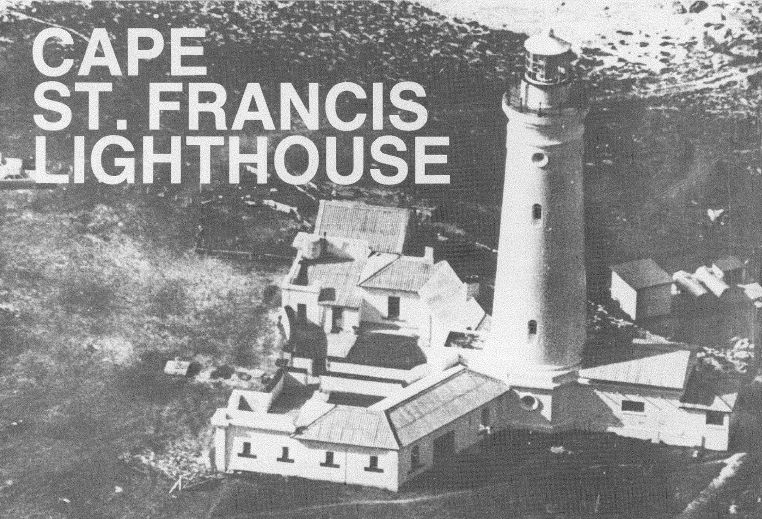 Below is another gem of an article from the Restorica archive. The piece highlights some interesting aspects of the history of the landmark Cape St Francis Lighthouse. Thank you to the University of Pretoria (copyright holders) and the Heritage Association of South Africa (HASA) for giving us permission to publish.

On July 4th 1878, the lamp of Cape St. Francis lighthouse was lit for the first time. Since that day it has sent forth its beam of light to guide mariners along a stretch of coast that has claimed numerous shipwrecks

Site for a lighthouse

According to a report of the Coast Lighthouse Commission dated 1 December 1871, Captain Skead accompanied by Captain Perry R.N. and Lieut. Taylor R.N. set out from Port Elizabeth on 21 November 1871 to inspect Cape St. Francis and vicinity for the purpose of selecting a site for the erection of a lighthouse. Travelling in a "hired van" the party stopped for the night at Van Stadens and arrived at Humansdorp on the 23rd where they were met by the Civil Commissioner, who assisted them to reach the beach near Cape St. Francis. An ox-wagon loaded with tents and camp gear was sent ahead. {Below are a few excerpts from the report:]

... after a rough journey over a very indifferent road, some of which went over precipitous sand hills, we arrived at Mostert's farm house, a small and poor homestead about 2 1/2 miles to the North West of Seal Point, just north of the scene of the wreck of H. M.S. Osprey, where we awaited the arrival of the ox-wagon with the tents at 6 p.m., when we encamped for the night.

On Sunday the 26th we started for the hills at the back of Seal Point, visiting the most prominent, and making theodolite observations on the way and after spending several hours in looking for a suitable site, we decided upon a spot about 250 - 300 yards N 20 W magnetic from the pitch of Seal Point which commands a clear view of the coast to the westward and as far eastward as N 82 30' E magnetic.

This spot which is distinguished by a large isolated rock about 20 feet high, with a small pool of water at its base, is marked by a pole about 15 feet high, wedged firmly into a crevice at its summit and it is here that the Commission would recommend the erection of a lighthouse ... the spot we have selected, though only a few feet above the sea level, affords the widest range for the exhibition of a light.

There is an abundance of rock in the vicinity for building purposes but we fear it is too hard to be easily worked. There is also an inexhaustible stock of shells for lime and the beach to the westward is strewn with much timber for burning it. There is fresh water a few yards of the selected site, but as Mr Robinson, the Chief Inspector of Public Works, is shortly to visit the locality we leave this part of the report in his hands.

The party returned to Port Elizabeth on the 28th November having been away for 7 days.

Building of the lighthouse

Construction of the lighthouse commenced on 17 March 1876 when Joseph Flack, a clerk of works employed in the Public Works Department of the Cape Colonial Government, set out the works. He was not destined to see the lighthouse completed. Flack died at Seal Point on 14 November 1876 and he is buried in the cemetery in Humansdorp.

The circular lighthouse structure is the tallest masonry tower on the South African coast. It is 28 metres in height and the focal plane of the light is 36 metres above sea level giving it a range of 28 sea miles. The stone for the tower was blasted from the reefs some 200 metres east of the site and it was cut and dressed to size and shape on the spot.

The original optic was a second order dioptric apparatus comprising 8 lenses with upper and lower refracting prisms and provided a single white flash every 20 seconds. It was equipped with a 3 wick burner and produced a light beam with an intensity of 15 000 candles. In May 1906 the flash rate was accelerated to one flash every 5 seconds and a petroleum vapour burner installed, resulting in the candlepower being increased to 120 000 candles. The candlepower was further increased to 2 750 000 candles in 1931 when a 4 kw incandescent electric lamp replaced the mantle burner. Power was provided by diesel electric generators and an electrically operated fog signal installed at the same time. The present illuminant is a 1,5 kw lamp giving the light a range of 28 sea miles.

Until 1959 the revolving light was driven by clockwork, actuated by a set of weights suspended from a chain. The motion was regulated by a governor fitted with a brake and weighted lever attachment to keep the apparatus in revolution whilst the weights were heaved up manually. This had to be done every 4 hours by the duty lightkeeper. The old mechanism has fortunately been preserved as a curiosity of days gone by. The cost of the lighthouse tower was R23 688 and that of the original dioptric apparatus R9 954. A radio beacon was established at the lighthouse in 1964

The most isolated station on the mainland

Although Cape St. Francis lighthouse is only 30 km from Humansdorp it was, until recently, the most isolated attended station situated on the mainland. Not so long ago the 5 km journey from Goedgeloof on the Krom River to Seal Point over the sand dunes and along the beach had to be done on horseback and by ox-wagon and took 3 hours.

Only in 1957 was the ox-wagon replaced by a four-wheel drive vehicle which followed the same route. Although it was quicker by jeep, the trip on the ox-wagon was more comfortable Several of the lightkeepers owned horses. They were able to travel by car as far as Mostert's farm on Goedgeloof. From there they proceeded on horseback to the lighthouse. When the new houses for the staff were completed in 1948, one of the old quarters was converted into stables. In 1964 the gravel road which ended on Goedgeloof, was extended to Seal Point and the trip from Humansdorp to the lighthouse could be done comfortably in half an hour.

The lighthouse is manned by a senior lightkeeper and two lightkeepers. In recent years a township has been developed near the lighthouse which is no longer the lonely outpost it used to be. In the foreseeable future Cape St. Francis will, no doubt, also succumb to automation and when that day dawns the resident staff and their families will say farewell to the peace and quiet of Seal Point. The lighthouse was declared a National Monument on 11 May 1984. 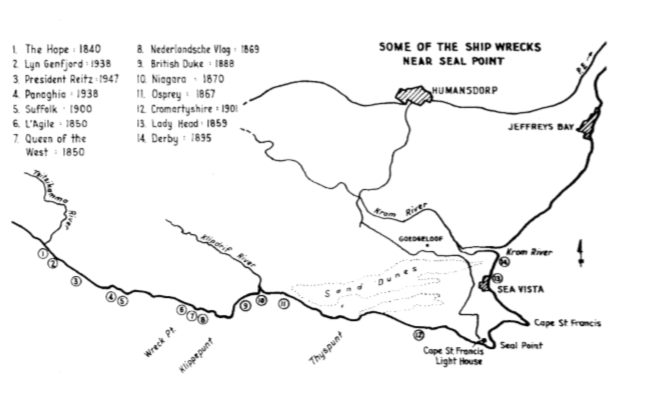