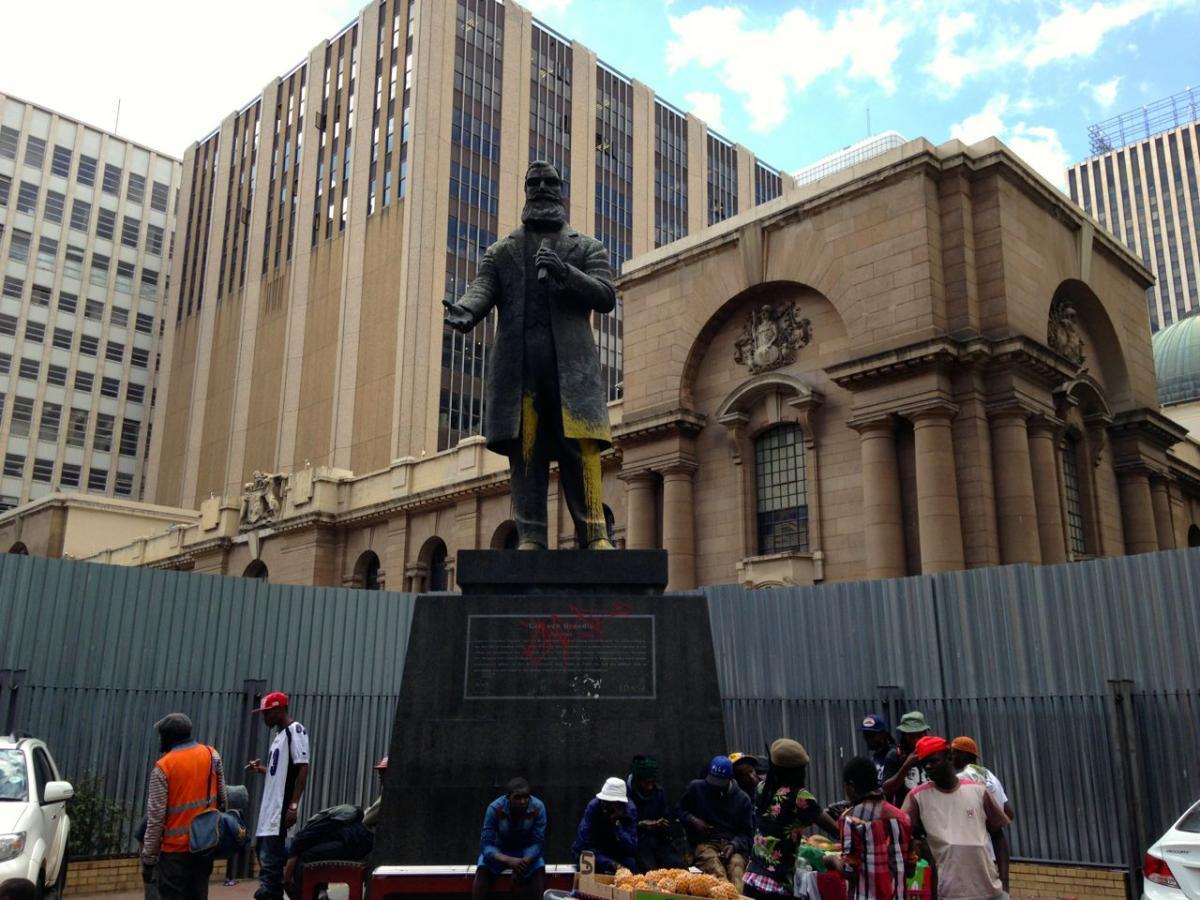 If you visit the High Court in Johannesburg you will notice a massive statue on the western edge along Pritchard Street. The statue commemorates the life of Captain Carl von Brandis -the 'Father of Johannesburg'. In the following article, P. J. Edginton uncovers some fascinating biographical details. The article first appeared in the old Johannesburg Historical Foundation's journal Between the Chains.

A man who could efficiently carry out his duties as a senior Government official, keep order in an unruly community with tact and humour and yet hold the affection of the inhabitants of a rough mining town must have been a remarkable character. Such indeed was Captain Carl von Brandis, the first official Mining Commissioner of the Witwatersrand and, shortly thereafter, the first magistrate of Johannesburg. 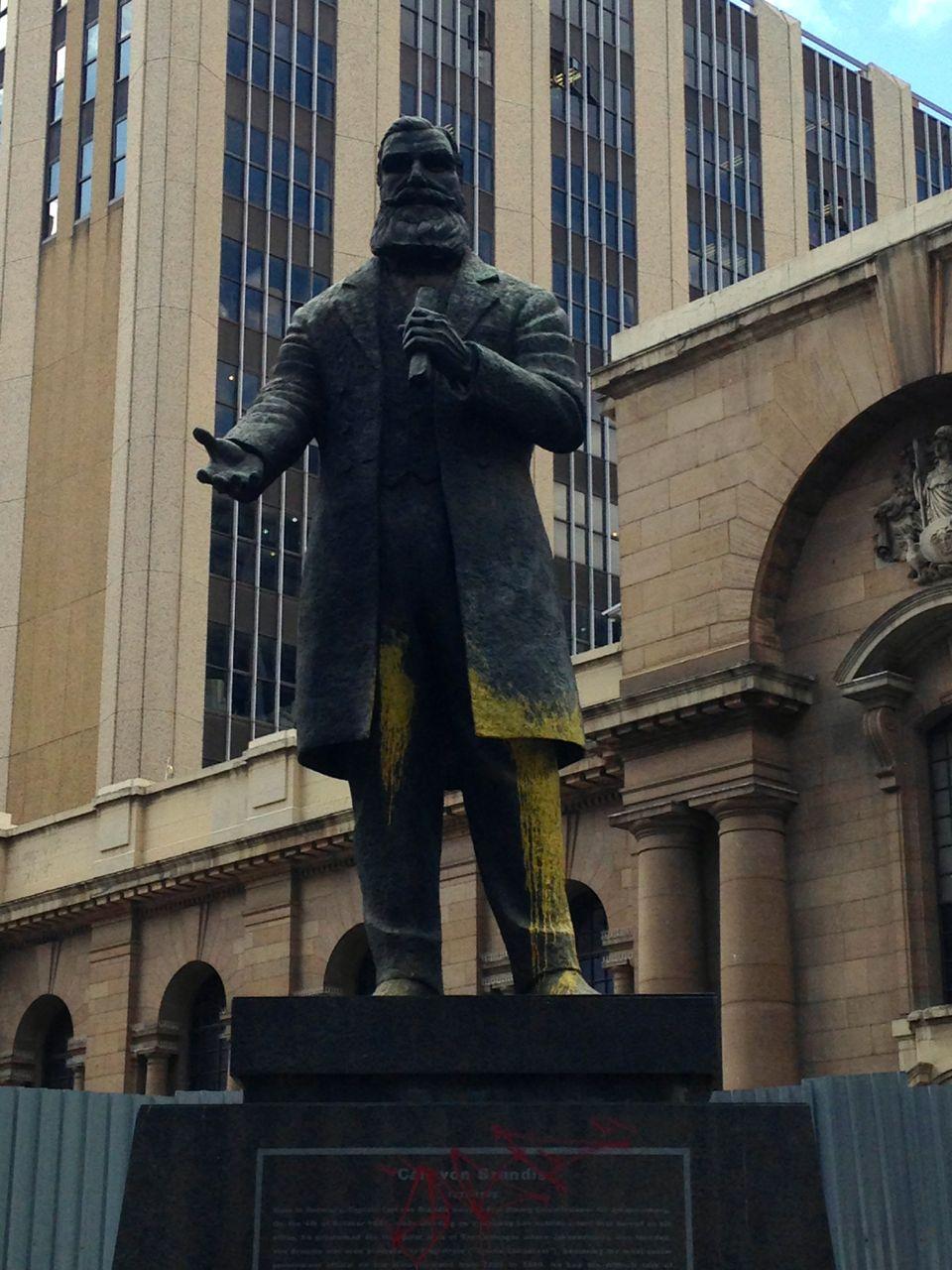 Born in Germany in 1827 of a military family, he saw service in Austro-Hungary and Italy. In 1857 he came to the Cape with the German Legion (a British regiment). It was here he met and marred Jane Margaret Hohne, who bore him four children and who was a devoted wife throughout his varied career. By 1859 he was serving the Government of the Orange Free State and nine years later he followed President Pretorius to Pretoria. When gold was discovered on the the Witwatersrand, President Kruger sent Von Brandis, then aged 59, as Mining Commissioner to the area. In this capacity he read the first Government Proclamation of the Goldfields of 20 September 1886. Soon after this he was promoted to the post of Special Landrost of Johannesburg with duties comprising all matters connected with government, mining and public health throughout the Goldfields. With his former assistant, now the Mining Commissioner, Jan Eloff, he soon created order out of a tangle of mijnpachten and diggers’ claims.

For some time living and working conditions were extremely primitive. His office and home was initially a tent about the corner of present-day Market and Sauer Streets. This is where a whirlwind scattered and irretrievably lost a number of documents. Then followed a wood and iron shed. By now Mrs Von Brandis and the family had come over from Pretoria. They lived in uncomfortable circumstances until the Landdrost’s first residence was erected at the corner of Kerk and Smal Streets, adjoining the present Von Brandis Gardens. Later the family moved to a house at the corner of Twist and Pietersen streets in Hospital Hill.

Although he had held the office of Landrost in a number of towns, it is said that Von Brandis’s knowledge of law was not extensive, but that his equity was enormous. He had a common-sense approach to all problems. On one occasion he ordered two litigants to go outside and physically fight it out. He had a particular aversion to imprisoning persons for debt. If an indigent woman could not pay for her fine he invariably paid for it himself. Yet such was his prestige that everyone accepted his decisions.

Von Brandis Statue from above (The Heritage Portal)

Incorruptible, fair-minded, an abstainer and a non-smoker (although he did take snuff) he possessed great personal charm which smoothed many difficulties, and which age did not diminish. A typical example was on the occasion of Paul Kruger’s official visit to Johannesburg in 1890. His Honour’s speech had upset the Uitlanders and that evening a crowd collected outside Von Brandis’s house, where Kruger was staying, and created a disturbance.

Von Brandis realised that after proclaiming the new Goldfields it was incumbent upon him to keep order in the turbulent mining camp and to foster its growth into a proper town. it should be remembered that, on the one hand, he had to persuade his conservative superiors in Pretoria and, on the other, he had to preserve happy relations with the Johannesburgers. Two of his notable early achievements, both in 1887, were the formation of the Sanitary Board and the establishment of the Johannesburg General Hospital.

The Landrost was a well-known figure in Johannesburg in his flat-topped hat, morning coat, light trousers and with his characteristic limp. He was a central personage at many public functions, such as the opening of the Globe Theatre in 1888 and the Standard in 1891. He also chaired many sporting bodies and was an original trustee of the Wanderers Club. Von Brandis continued in office throughout the War of 1899-1902 during which he was impartially neutral. The British Government appointed him local Registrar of Births and Deaths. In 1902, a the age of 76, he died at his home on the corner of Twist and Pietersen streets and is buried in Braamfontein Cemetery.

There are a number of memorials for the man throughout Johannesburg but more than all these things Captain Carl von Brandis lives in the affectionate memory of the people as the great Father of the City of Johannesburg. 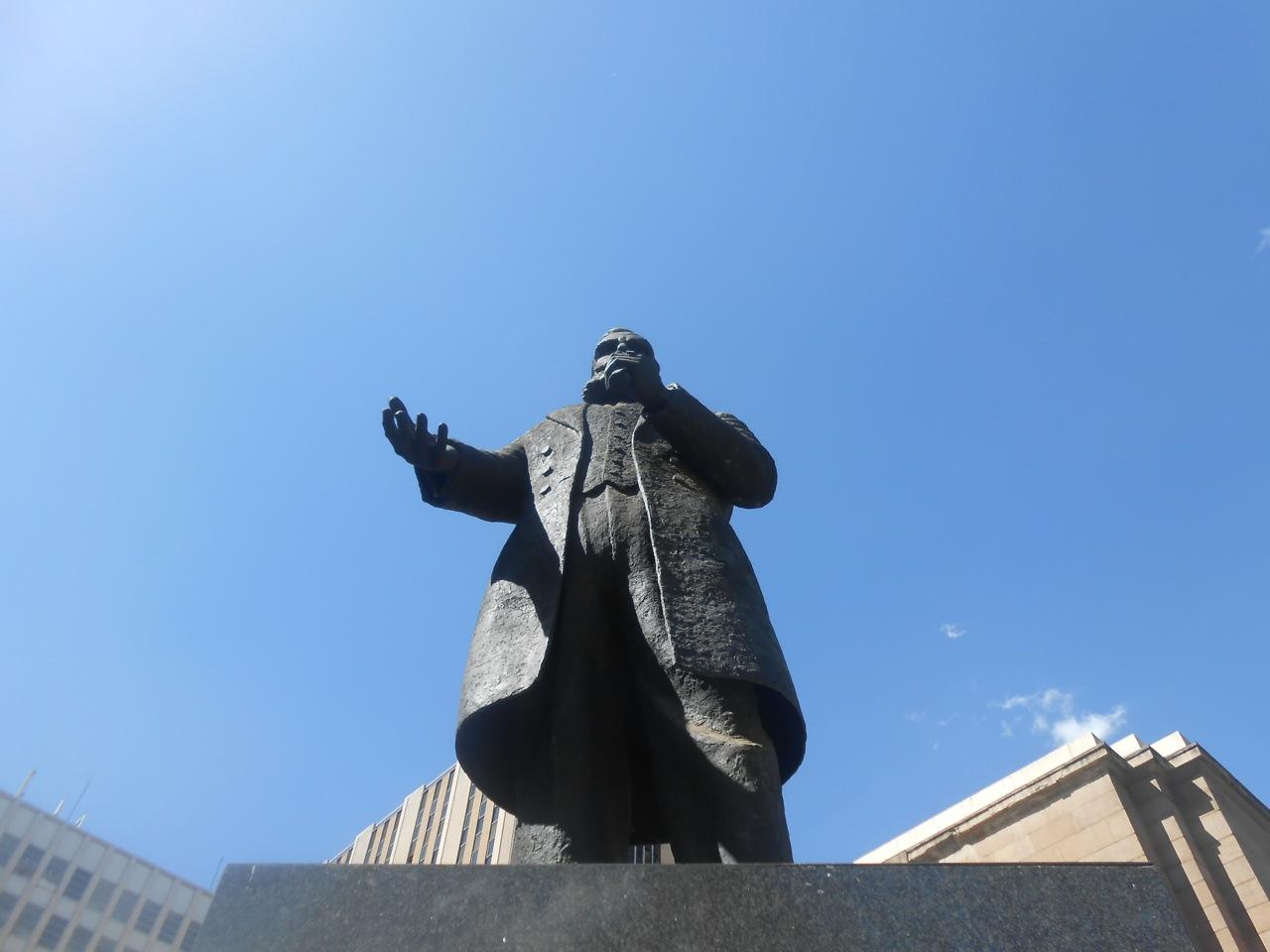 The Great Father of Johannesburg (The Heritage Portal)