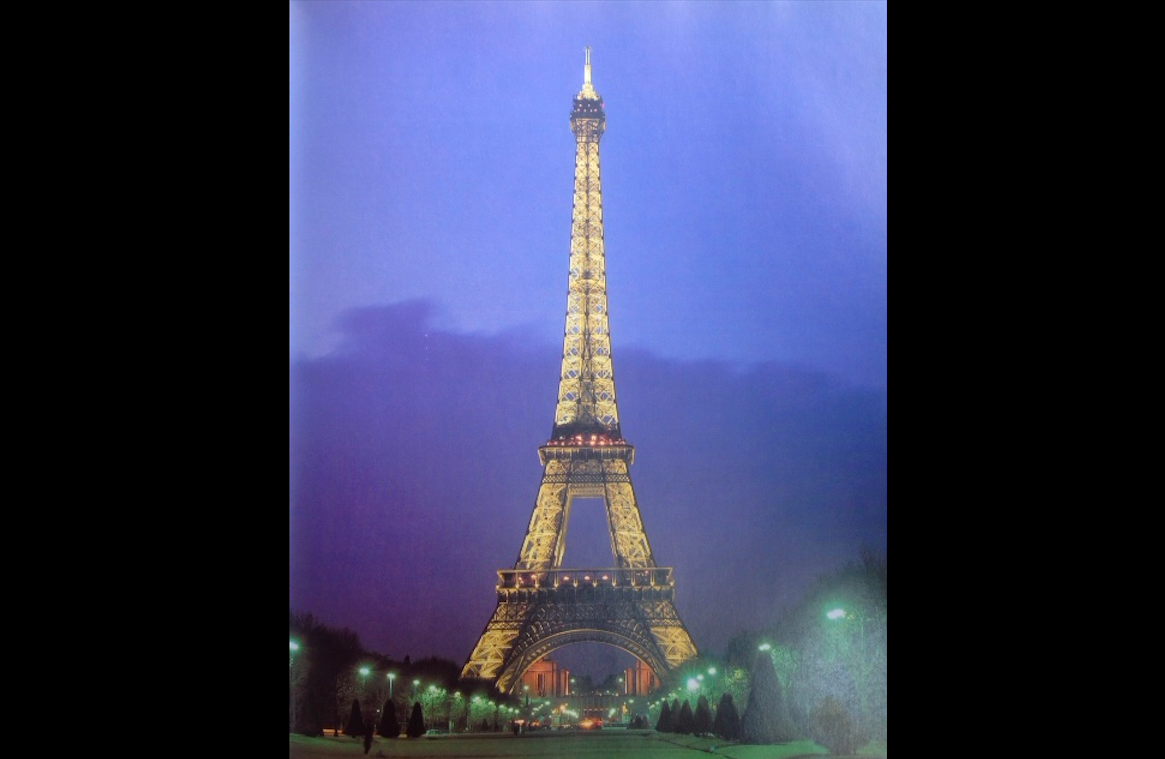 When someone is asked who or what is the Iron Lady, the first thought that comes to mind is usually Margaret Thatcher, but long before she became Prime Minister of Britain there was another Iron Lady. Ask any Parisian and they will tell you that “La Dame de Fer” is the Eiffel Tower.

March 31st 2014 marked the 125th anniversary of the inauguration of the Eiffel Tower. It was completed in 1889 on the Champ de Mars on the left bank of the River Seine, Paris as the centrepiece to the “Exposition Universelle” which commemorated the centenary of the French Revolution.

The tower was named after the renowned French civil engineer, Alexandre-Gustave Eiffel who was a well known expert in wrought iron construction, having previously been responsible for several railway bridges and the framework supporting the Statue of Liberty. In 1886 he entered and won an architectural competition for the centrepiece to the Exposition. His aim was to construct the world’s tallest building, with a height of 300 metres (985 feet). The highest man made structure at the time was the Washington Monument in Washington D.C. a stone obelisk that was 554 feet high.

The actual building of the tower began on January 28th 1887 and work continued for a period of two years and two months, during which time it was resented, denounced and ridiculed as a “tragic lamppost”, “inverted torch holder” and even “Grand Suppositaire”. An influential group of writers including Alexandre Dumas labelled it “A dishonour to Paris and a dizzy tower like some gigantic and sombre factory chimney”.

When the work was completed 18 038 wrought iron components (the largest weighing 3 tons) had been lifted into position and hot riveted together (with 2.5 million rivets) and it had a total mass of 7 300 tons (prior to elevators being installed).

Now that the tower was up it was seen to be far more elegant than originally anticipated, nor did the gloomy predictions of financial ruin come to pass; the tower cost nearly eight million francs and was one million over the budget given by Eiffel, but despite this in the last five months of 1889 nearly two million visitors paid a minimum of two francs to get to the first level only, then another franc to go up to the second level and a further two francs to reach the top. The receipts at the end of 1889 were such that 75 per cent of the cost had been recouped.

The tower was originally intended to be a temporary structure and to last for only 20 years and then be pulled down, however the tower was saved from demolition by the invention of wireless telegraphy, for which purpose it was used during the First World War. Thereafter it was used to broadcast public radio (1925) and television (1957). The TV antennae add another 20 meters to the height and on a hot day the iron structure will grow another 150mm (6 inches).

Today the Eiffel Tower has become one of the best known and best loved landmarks in Paris and any of the original objections to its creation have long faded away. The old Iron Lady still stands majestically on the left bank of the Seine, long may she continue to do so.