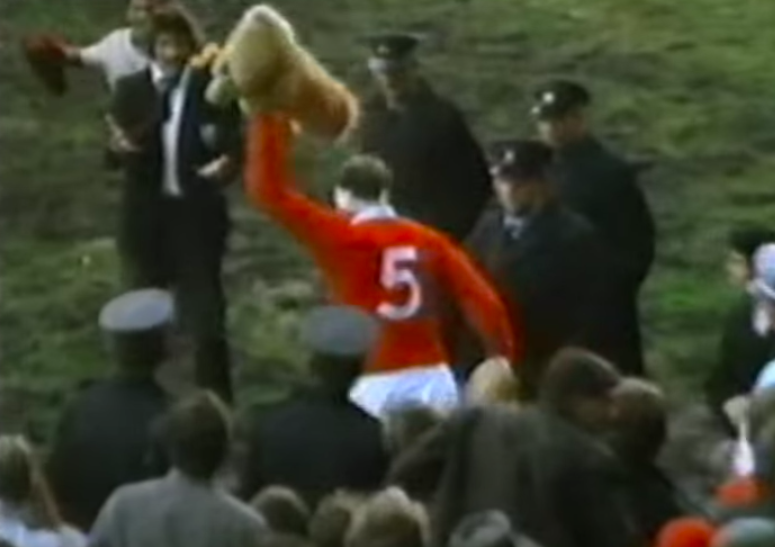 We South Africans are renowned for being sports fanatics and none more so than our rugby supporters, so we are looking ahead, with relish, to next year’s series between the Springboks and the Lions (2021 version). For those of you who are not Rugby Union aficionados, the Springboks are the national rugby team of South Africa and the Lions are a touring rugby team comprising players from the four home unions of the British Isles, namely England, Ireland, Scotland and Wales. Those players chosen for a Lions tour regularly play against each other in the annual Six Nations rugby championship and every fourth year they unite to play opponents in the Southern Hemisphere during their off season (their summer, our winter) and ever since 1989 the tours are spaced two years after the preceding Rugby World Cup on a quadrennial cycle (1989/1993/1997/....2021). In 1989 it would be Australia who hosted the Lions, then in 1993 it was New Zealand and in 1997 it was the turn of South Africa, thus we get the chance to play the best combined British and Irish side every twelve years (1997/2009/2021); it is a once in a lifetime chance for a South African to play against the Lions.

South Africa’s re-admission to international sporting competition was permitted after the release of Nelson Mandela (11-02-1990), with our subsequent participation in the 1992 Cricket World Cup and the Barcelona Olympics of the same year. Nelson Mandela’s inauguration as our President in the 1994 multi-racial elections paved the way for South Africa to hold the 1995 Rugby World Cup. The Final was played between the Springboks and the All Blacks (New Zealand), with the “Boks” winning  15-12, after extra time (it was 9-9 at the full time whistle) at a packed Ellis Park Stadium, Johannesburg (24 -06-1995). Who will ever forget the moment when “Madiba”, wearing the No. 6 Green and Gold jersey, presented the William Webb Ellis Cup (“The Bill”) to Francois Pienaar.

Two years after winning the Rugby World Cup, South Africa hosted the 1997 Lions, the first Lions team of the professional era, which included some players who had returned from Rugby League. The outcome of the three match Tests Series was a victory for the Lions as they had won the 1st and 2nd Tests and lost the 3rd (which was a dead rubber). By winning the final test the Springboks avoided a “whitewash”. 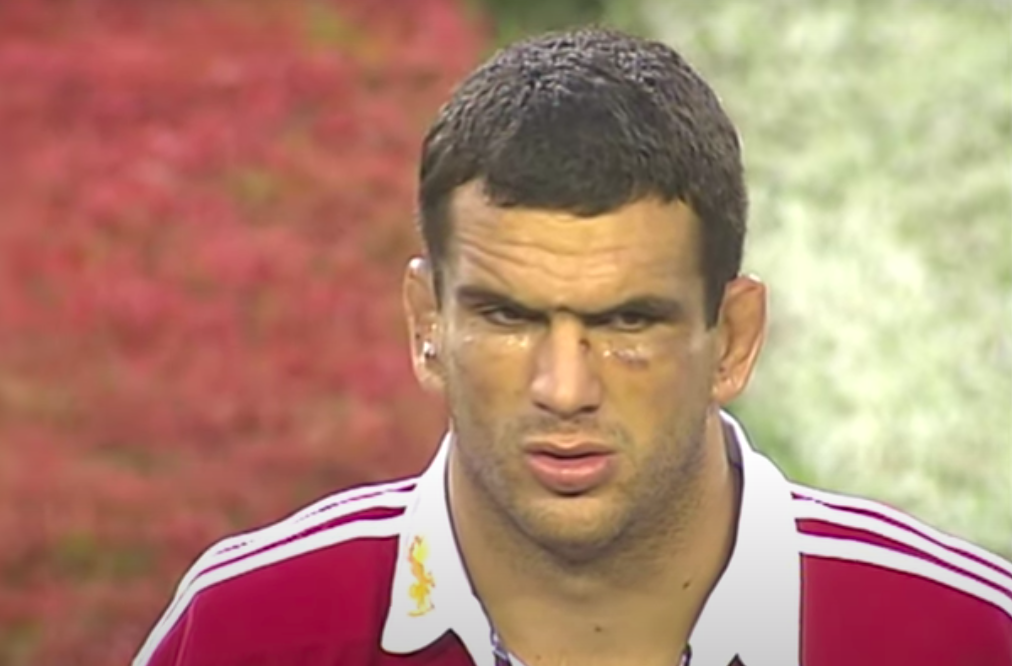 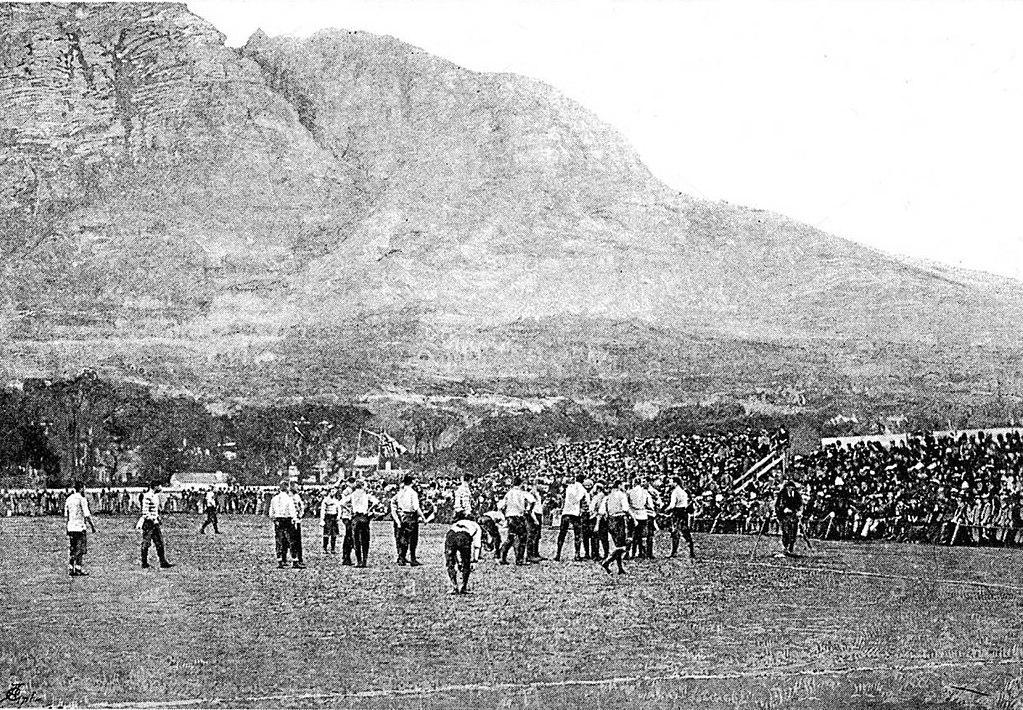 First match of the 1891 tour (Wikipedia)

Of all the Lions tours, whether to Australia, New Zealand or South Africa the one that stands out as the most controversial has to be the tour of South Africa of 1974, captained by the “Lion King” Willie John McBride. Not only was it controversial on the pitch but also off it, as the question of whether or not the tour should go ahead was a bone of contention between the Rugby fraternity (for) and the Anti-Apartheid Movement led by Peter Hain (against). There was also pressure from the British Labour government under the Premiership of Harold Wilson to cancel the tour, but it went ahead regardless. There was only one rugby dissenter and that was John Taylor (Wales and Lions) who saw South Africa’s Apartheid system of racial segregation clearly in Black and White (no grey areas) and he had the strength of conviction to say no to racism in society and sport, but back then he was a lone voice in rugby circles, “Sporting contact with South Africa builds bridges” was the mantra of the time. 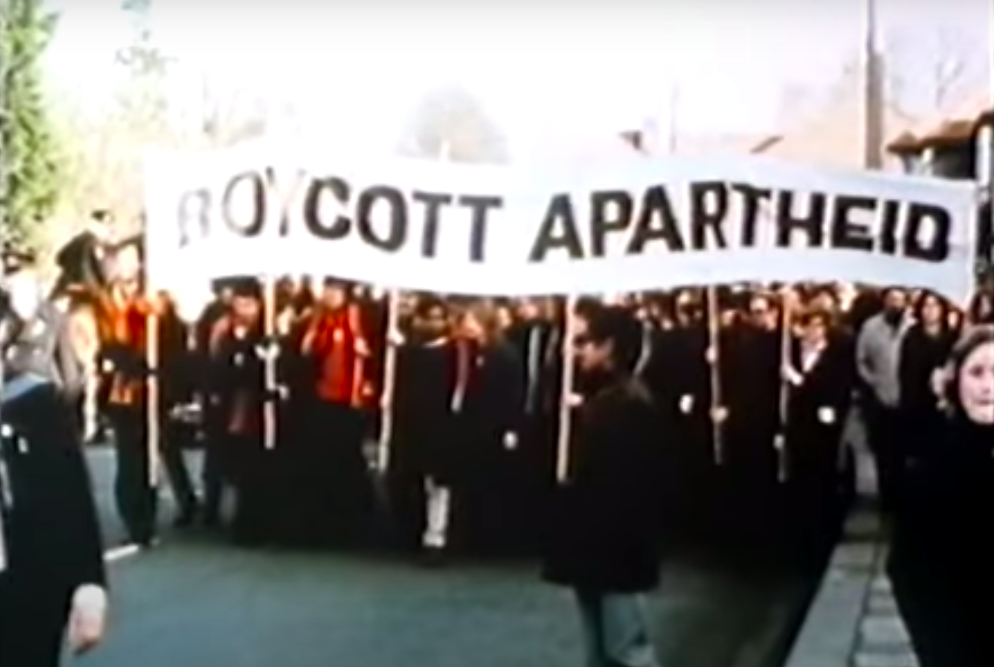 Protesters marching against the 1974 tour 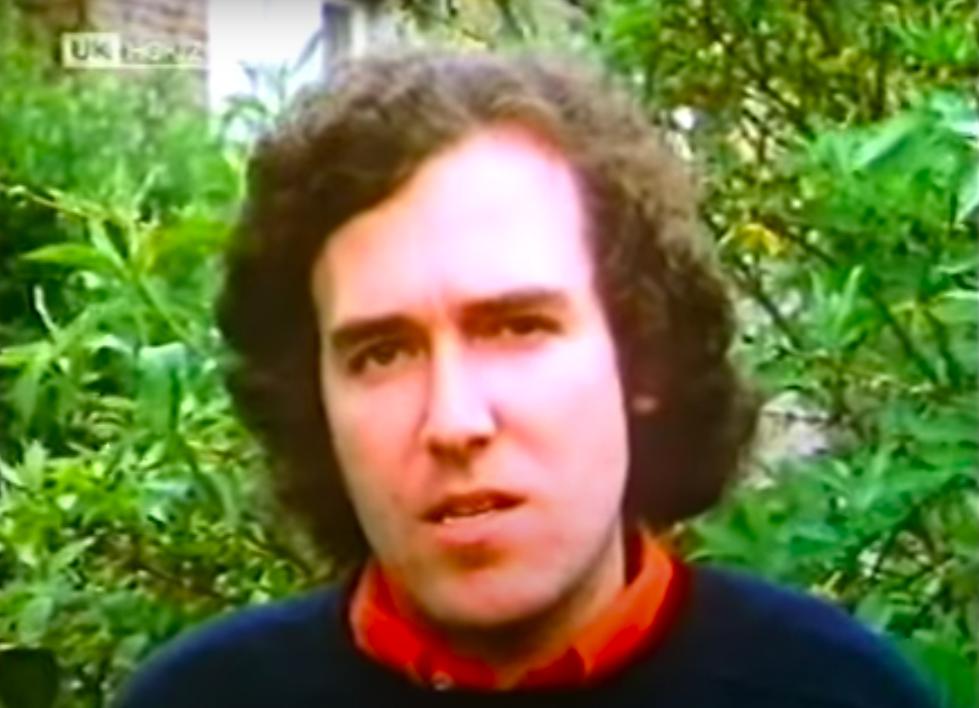 Peter Hain speaking out against the tour

Once the tour had begun it was apparent that this Lions team had started where they had left off in New Zealand three years before and that they where intent on winning the 4 match Test series. The “Brains Trust” of Syd Millar (coach) and Willie John McBride (captain), both Irishmen, planned to beat the Springboks “Up Front” by nullifying the power of the Springbok forwards with a better technique when packing down in the scrum (i.e. when the two packs of forwards, contest for the ball in a set scrum) and in so doing dominate the forward exchanges, which would in turn give the Lions possession of the ball; without the ball a team cannot put points on the scoreboard. The half backs, Gareth Edwards and Phil Bennett, scrum half and fly half respectively would then control the game with the boot, with tactical kicking to keep play in the opponents half of the field (what we know as 10 man rugby). This approach was not the traditional way the Lions had played the game as they were renowned for scintillating back play whereby the wings would score the tries (touchdowns over the goal line), as Tony O’ Reilly did superbly in the 1955 and 1959 Lions Tours. This said the 1974 Lions still managed a try count in the Test series of 10, to the “Boks” solitary try in the final test. It is noteworthy to mention that the try scored by the centre, Peter Cronje was the first 4 point try to be scored by a Springbok (before 1971 a try was worth 3 points). 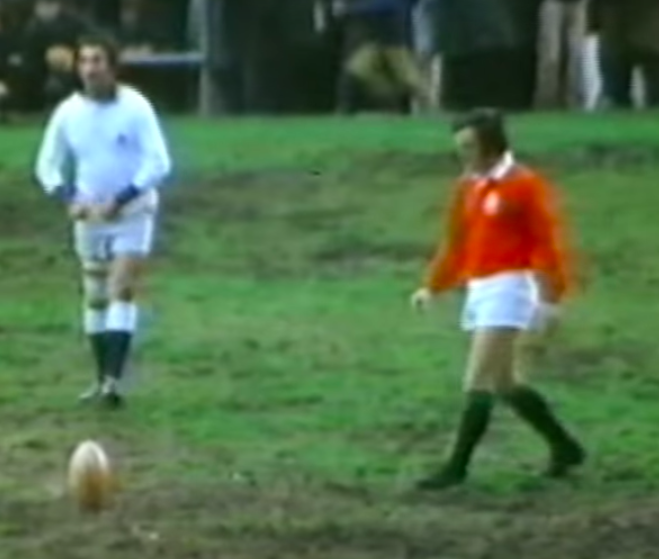 The Test Series of 1974 of four matches was won by the Lions by three wins and a draw; 1st 12-3, 2nd 28-9, 3rd 26-9, 4th 13-13, and the manner in which the tourists played shook the confidence of the South African rugby fraternity and their own belief in the Springboks being the best team in the world.  The South African selectors were totally unsure as to the best team to pick during the Test Series and paid the price, only getting parity with the Lions in the final test. The Lions would leave South Africa unbeaten having played 22 matches, winning all 18 provincial games, 3 of the 4 Tests with the final Test drawn – they were “The Greatest”.

The brand of rugby the Lions played, it could be said, had a cynical approach and that the end justified the means, as on many occasions outright thuggery was perpetrated by them as a response to foul play by the opposition, the worst occurrence of violence being during the 3rd Test in Port Elizabeth, forever remembered as the “Battle Of Boet Erasmus Stadium”. The infamous “99” call by the Lions captain would elicit an attack by each and every Lion on his nearest opponent, which showed that they would not back down to intimidation. Referees were faced with a dilemma as they could not send a whole team off and so they did nothing. Willie John having been on the receiving end on 4 previous Lions tours (1962, 1966, 1968, 1971) understood well the psychology of brute force and the Springboks were beaten at their own game.

Luke Alfred’s book “When the Lions Came to Town – the 1974 Rugby Tour of South Africa” is a perceptive account of the Lions Tour of 46 years ago and is a must read for anyone interested in the political, social and sporting history of South Africa.

When the Lions came to town - Luke Alfred book cover.jpg 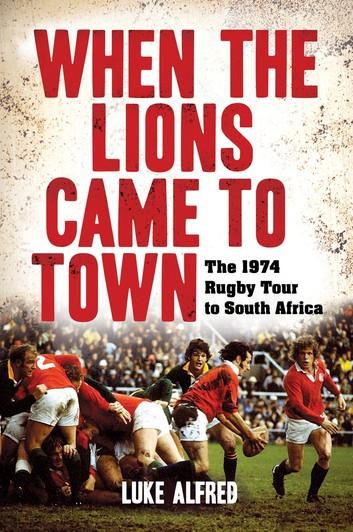 Next year’s Lions tour to South Africa will also be the best of three tests against the Springboks with five other matches preceding the test series (click here for tour itinerary), with the first provincial match played on the 3rd July, against the Stormers, at the Cape Town Stadium and the final Test against the Springboks on the 7th August at Ellis Park, Jo’burg. Yet again the Lions will be pitted against the reigning World Champions, the best versus the best with the whole world watching. South Africa’s performance in beating England (32-12) in the 2019 RWC Final in Japan has thrown down the gauntlet for who will have the better scrummage technique?