The Preservation of the Provincial Building 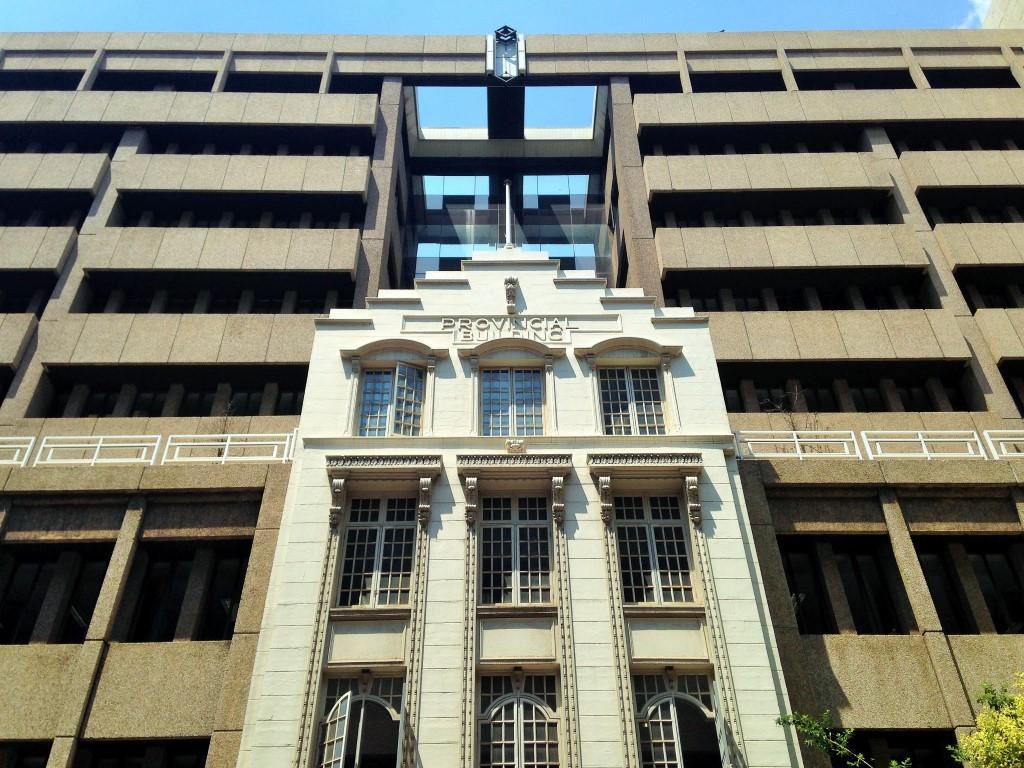 The façade of the Provincial Building in downtown Johannesburg never fails to turn heads. It was preserved and incorporated into Surrey House in the early 1990s. Below is an overview of events compiled by Johann Bruwer (published courtesy of the City of Johannesburg).

In May 1989, Wreckers (Pty) Ltd. applied to the City of Johannesburg for clearance to demolish the Provincial Building and Triangle House, situated on Stands 229 and 737, Marshallstown, respectively. The Provincial Building was shown to comprise of a basement (one level), a ground floor shop, and three floors of offices. The Triangle House consisted of a basement (one level), two office floors, and corrugated iron roof. According to the applicant, the buildings were to make way for a new multi-storey office development by Old Mutual Properties. On being informed of this, the NMC indicated that the buildings were both of aesthetic value and called for a meeting with the architects for the new development “to discuss ways of preserving these (i.e. the buildings) in whole or part.” 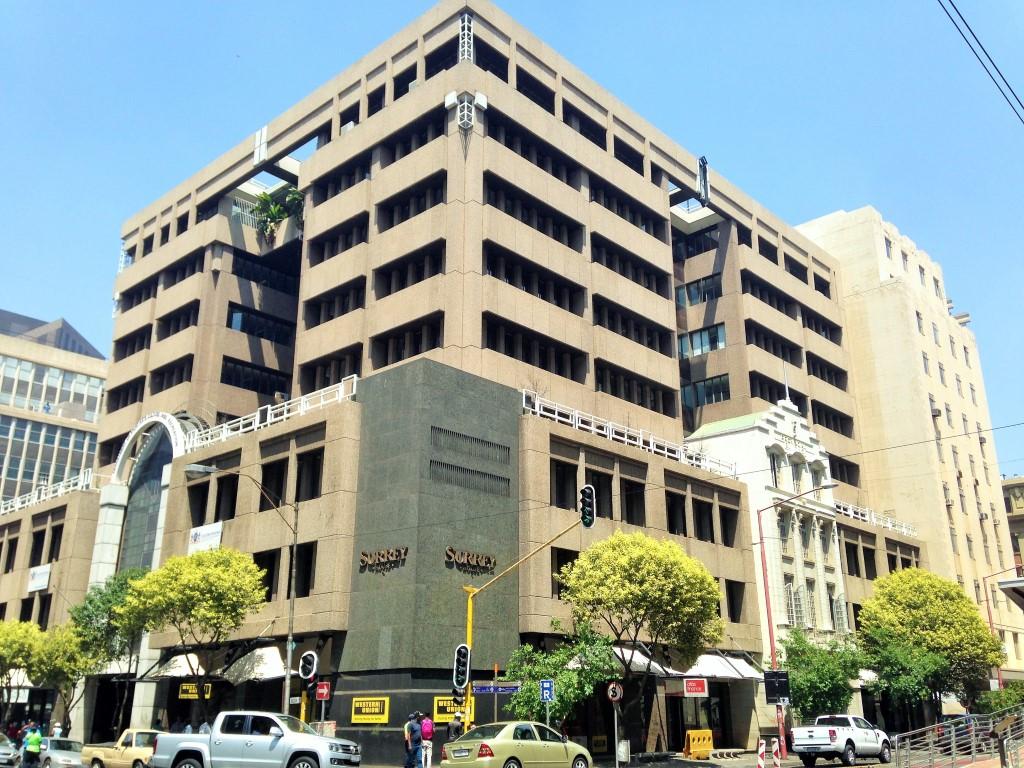 In a letter dated 11 July 1989 to Old Mutual properties, the NMC again pointed to the conservation value of both buildings: “The buildings have aesthetic and historical interest. Triangle House is the older building. Unfortunately no building plans were available at the City Council’s offices so the exact date of construction and the identity of the architect are not known. It is certainly a rare example of this small scale development in the C.B.D. 2. Provincial Buildings, constructed in 1926 to the design of Hill Mitchelson, was identified in the R.A.U. reports as worthy of conservation. It is a gracefully proportioned and detailed building of small scale.”

Demolition permits for the Triangle House and the body of the Provincial Building were issued by the NMC on 30 November 1990. This enabled Old Mutual Properties to proceed with its development, known as the Surrey House Development. It was anticipated to complete the new nine-storey office building by September 1992. The responsible professional team included Portal Partnership Inc. (Architects), Kampel Abramovitz Yawitch & Partners (Structural Engineers and Giuricich Bros (Pty) Ltd. (Main Contractor). 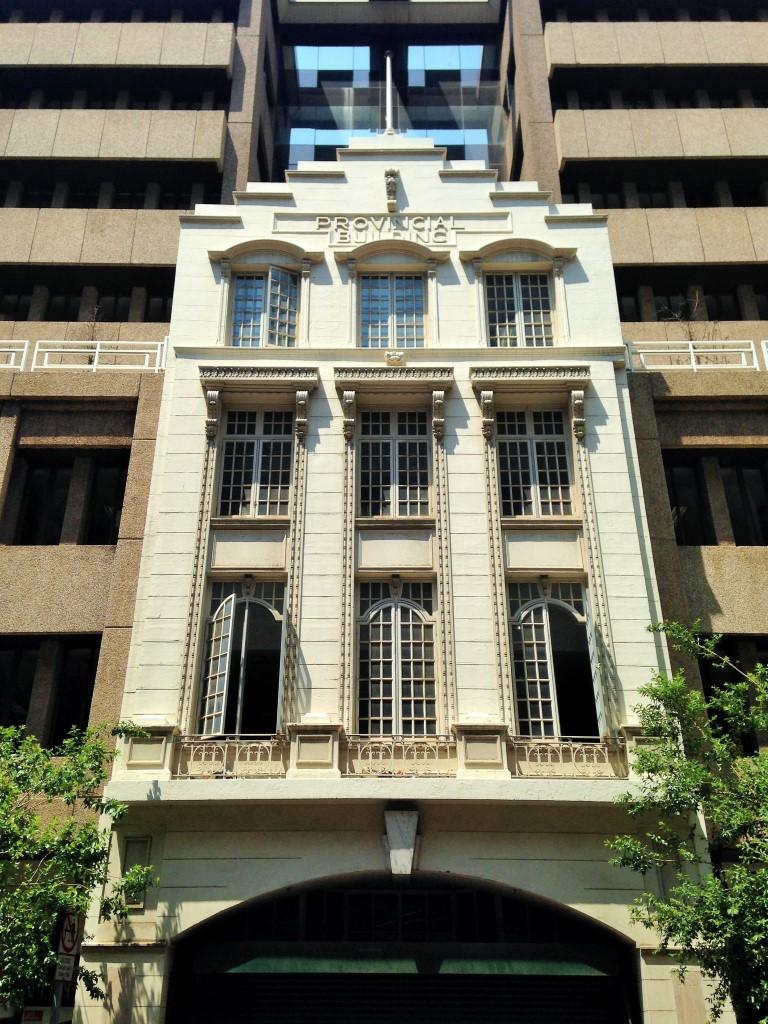 The Provincial Building (The Heritage Portal)