The Cape to Cairo Railway Dream 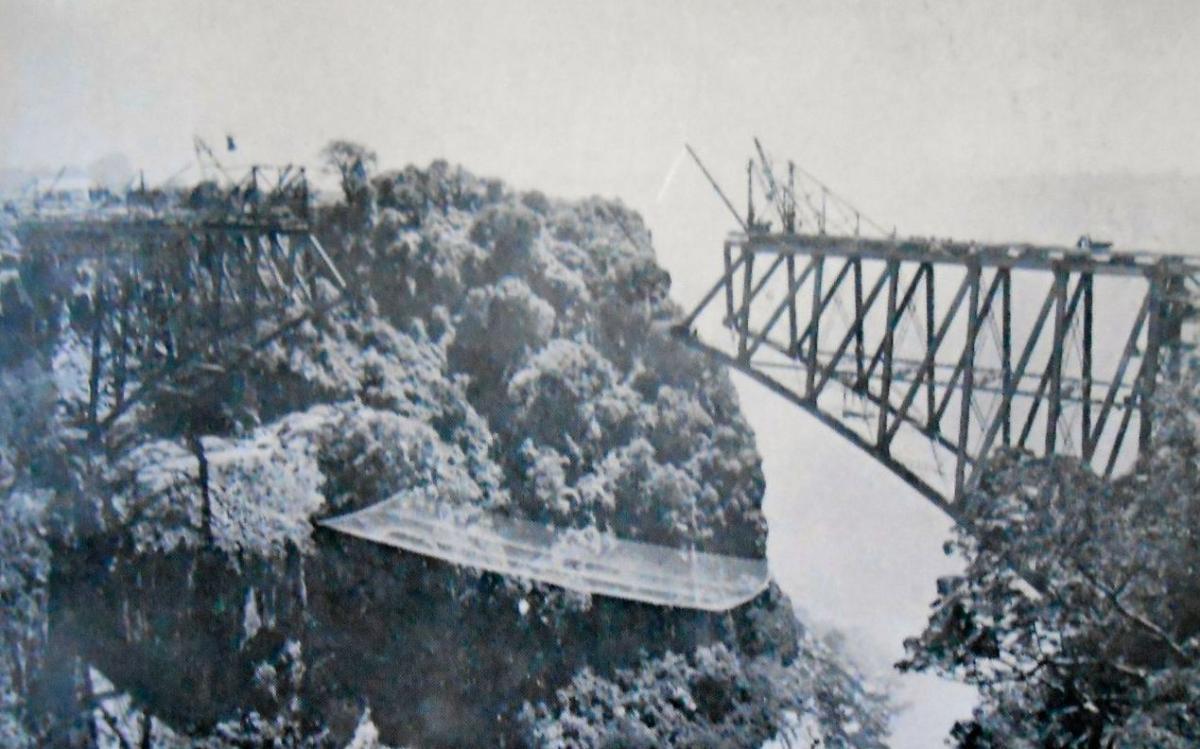 The catchphrase “Cape to Cairo” was first coined in 1874, by Edwin Arnold (editor of the Daily Telegraph) and was taken up by Cecil John Rhodes as a call for the “Civilisation” of Darkest Africa. To Rhodes civilisation meant the exploitation of the mineral wealth of the vast interior of the African continent. He was a controversial figure in his day and remains so today.

The instrument to achieve his goal was the laying down of a pioneer railway as quickly as possible; how far it would reach into the interior? This was a question that was only answered after his death, in 1902, at the age of 48 years 9 months.

Rhodes Grave in the Matopos - Railways of Southern Africa Magazine.jpg 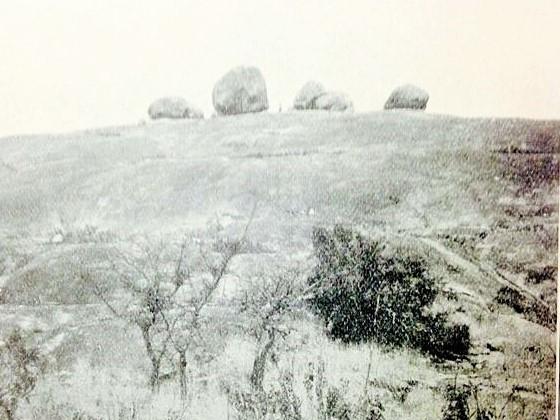 Rhodes' Grave in the Matoba Hills

Rhodes had become a mining magnate by consolidating the diamond diggings of Kimberley. In 1888 he bought out his main rival, Barney Barnato, for the sum of £4 million, forming De Beers Consolidated Diamond Mines. He thereafter became the founder of the mining house Goldfields, on the discovery of gold on the Witwatersrand.

With the wealth he accrued, he dreamed of becoming an empire builder and schemed to paint the map of Africa red (the colour accorded to the British Empire) for his Queen and country.

Kimberley, as part of Griqualand West, was annexed by the Cape Colony, in 1877, on the payment of £ 90 000 to the Orange Free State. It became the railhead of the Cape Government Railways in 1885 and was a distance of 625 miles (1 000 km) from Cape Town. It thus became the starting point of the pioneer railway which was to run northwards, through Bechuanaland, its route skirting close to the borders of the Boer Republics of the Orange Free State and the Transvaal (South African Republic).

In 1888 Rhodes obtained mining rights in a territory to the north of the Transvaal, across the Limpopo River, which later came to be known as Southern and Northern Rhodesia (divided by the Zambesi and today known as Zimbabwe and Zambia respectively) and were so named after himself by adding the letters I and A after his surname. In 1890 the British South Africa Company was set up to administer the region; in effect a colonisation by the Cape Colony, which prevented German and Boer interests from doing likewise.

That same year (1890) Rhodes at the age of 37 became the Prime Minister of the Cape Colony having been MP for Barkly West since 1880. His term in office lasted until early 1896, the year that became his “Annus Horriblis “, when the Jameson Raid failed and the Matabele rose up in Bulawayo. These events were then closely followed by the outbreak of the rinderpest epidemic which killed the cattle and stopped all forms of animal drawn transport. Rhodes being implicated in the “Raid” had to resign as Prime Minister of the Cape and he was also heavily censured by the British Parliament.

Although his image had been badly dented and his health was deteriorating, not to mention his chances of a knighthood dashed, his credit was still good and he was able to finance the development the two Rhodesias by pushing through his railway, attended by the telegraph for improved communication. The brief was given to build a railway to the Cape Gauge of 3’- 6” (1067 mm) as quickly and cheaply as possible at a cost of £ 5 000 per mile (as compared to the Cape main lines at £ 10 000 per mile). George Pauling was contracted to do the laying of the track and Sir Charles Metcalfe as Engineer. As the low cost per mile presupposes the civil engineering works were minimal with the steel sleepers being packed with the minimum of ballast, however the curves were not to be sharper, nor the grades to be steeper than those prevailing on the Cape main line, thus allowing for future upgrading of the permanent way. A maximum speed limit of 12 mph (19 kph) was to be adhered to.

The first rail out of Kimberley was laid in 1889 and by October 1894 Mafeking had been reached, a distance of 224 miles. Bulawayo was the initial goal and at the time of the Matabele uprising of March 1896 Rhodes decreed that it should be reached before the end of 1897. This deadline was met by the contractor by laying a mile a day for 500 miles; some feat!

The long anticipated conflict between Boer and Brit to determine who would control Southern Africa began on the 11th October 1899 and it lasted until 31st May 1902. Rhodes had died before the war had ended on the 26th March 1902 at his cottage by the sea in Muizenberg. His body was then taken to Bulawayo where it was buried in the hills of the Matapos at a place known as “The Worlds View”.

The work that Rhodes started and which had ceased during the hostilities, due to lack of supplies from the south, was renewed after his death by Sir Charles Metcalfe and Robert Williams. The Victoria Falls were reached and the gorge was spanned by a graceful steel arched bridge which was completed by 1904. It was Rhodes’ wish that the spray from the Falls could be felt on the faces of the passengers as the train crossed the bridge and so the bridge was situated to fulfil that wish.

The Cape to Cairo Railway dream stirred the imagination of the imperialists of empire 100 years ago and although it was never completed it did open up the hinterland of Southern Africa for those who followed. In a sense it was a second Great Trek, 60 years after the first, whereby the speed of a steam train was 10 times that of an ox wagon and the carrying capacity was 100 times.

The legacy that Cecil John Rhodes has left us is the infrastructure of our railways now stretching up to the Congo, which over the intervening 110 years have been upgraded time and again so as to move bulk commodities such as copper, coal and iron ore from mine to port. Dare I say that within the next 10 years that infrastructure will again be upgraded so that much of the heavy loads now transported by road will revert back to the railways.