The history around photography and photographers active in South Africa during the mid-1880s to early 1910s remains a vastly untapped field of research.

This article came about after receiving a photograph of Carl Wundram from a great grandchild of his, Johann Basson. Images of earlier photographers themselves are scarce. The primary reasons for this may be two-fold, namely that earlier photographers clearly preferred to stand behind the camera and not in front of it, or that their names were not recorded on either the photographs that may have been taken of them or in photo albums itself.

German immigrants arrived in Natal as early as 1848 with many of their countrymen following in their footsteps. They mainly arrived in their capacity as missionaries, farmers or tradesmen. Many of these German families subsequently settled in some of the smaller Natal towns and villages such as Piet Retief and nearby Paulpietersburg and Lüneburg where German influences are still evident today.

One such settler was Carl Friedrich Adolf Wundram who arrived in Natal during 1885. Born on 8 January 1863 in Beckedorf, Prussia (lower Saxony), Germany, Wundram emigrated to South Africa at the age of 22.

On his arrival in Natal, Wundram was not a practising photographer. He only took up this trade some years later. It is not clear what he did during the first 5 years after arriving in South Africa. It is assumed that he picked up the skill as a telegraphist during this period in that during April 1890 he applied for the role as postmaster in Nylstroom, a function he would not have been able to perform if he did not have prior experience. He however was unsuccessful in this application. Early in 1891 he was however appointed as telegraphist in Piet Retief after applying for the role on 17 December 1890.

The telegraph desk at the Piet Retief post office was only incorporated into the post office during 1891, some three years after the establishment of the post office. The post office and the magistrate’s office were housed in the same building. This building was destroyed during the Anglo-Boer war hostilities.

Wundram initially resided in Glencoe and later the upper Tugela before settling down in Piet Retief during early 1891. Piet Retief then was still a young town in that it was only established during 1883.

Although various sources suggest that Wundram later became Piet Retief’s postmaster, this could not be confirmed. The author suggests that Wundram only fulfilled the role as a telegraphist at the post office. During the early 1890s, Wundram earned £250 per annum as telegraphist. The telegraph desk ceased functioning during the Anglo-Boer war and was only reopened again during 1903.

Wundram clearly was a “Jack of all trades” in that records suggest that he was not only a photographer and telegraphist but also a Resident Justice of Piece, baker, dentist, watch repairer, hotelier and trading-store owner.

Wundram only seems to have taken up the art of photography as a side-line whilst based in Piet Retief from mid 1890s onwards. It is further speculated that he may only have been active as a photographer in town for some 15 years or less. He named his studio the Piet Retief Studio. It is not clear where in town this studio was based. 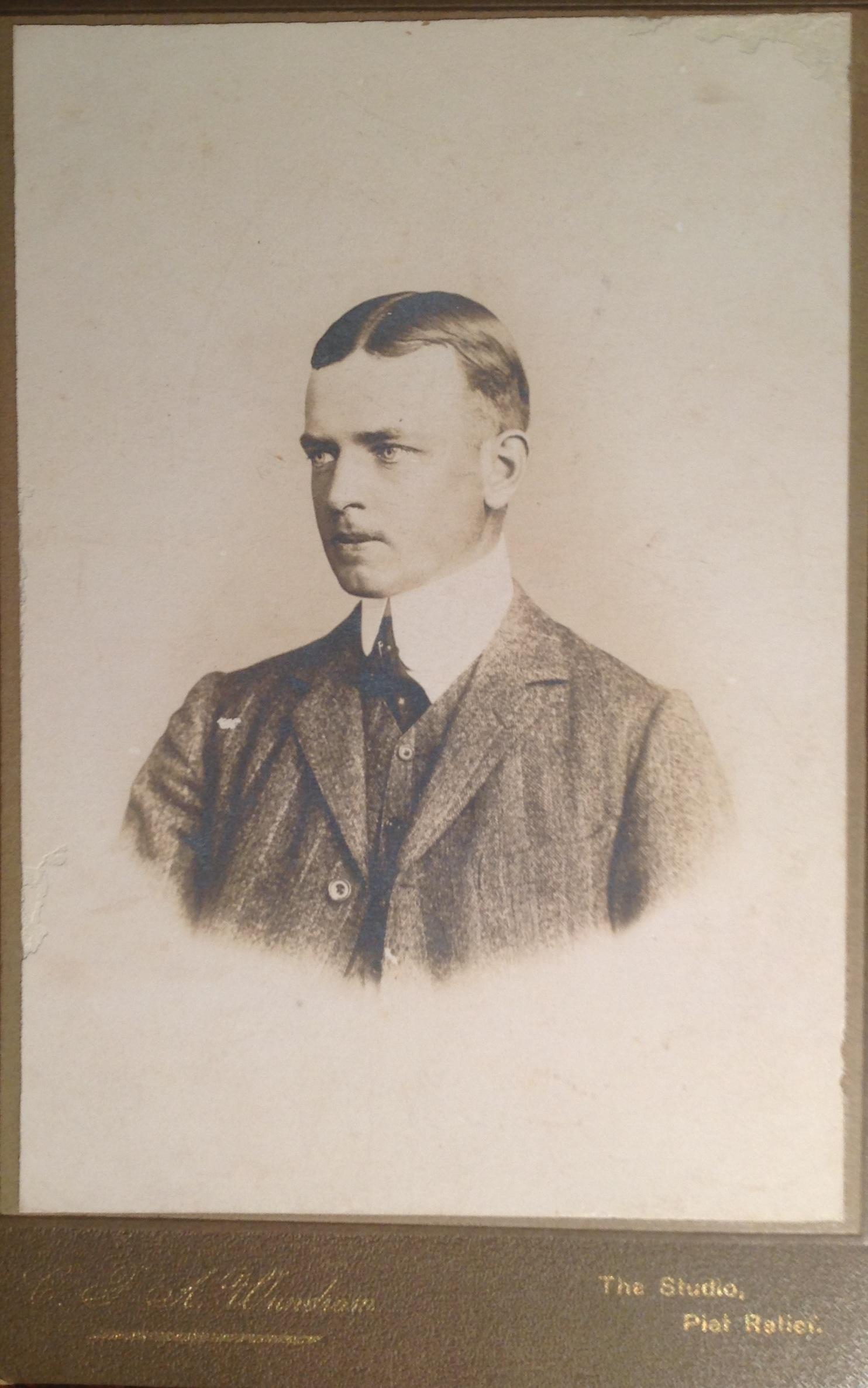 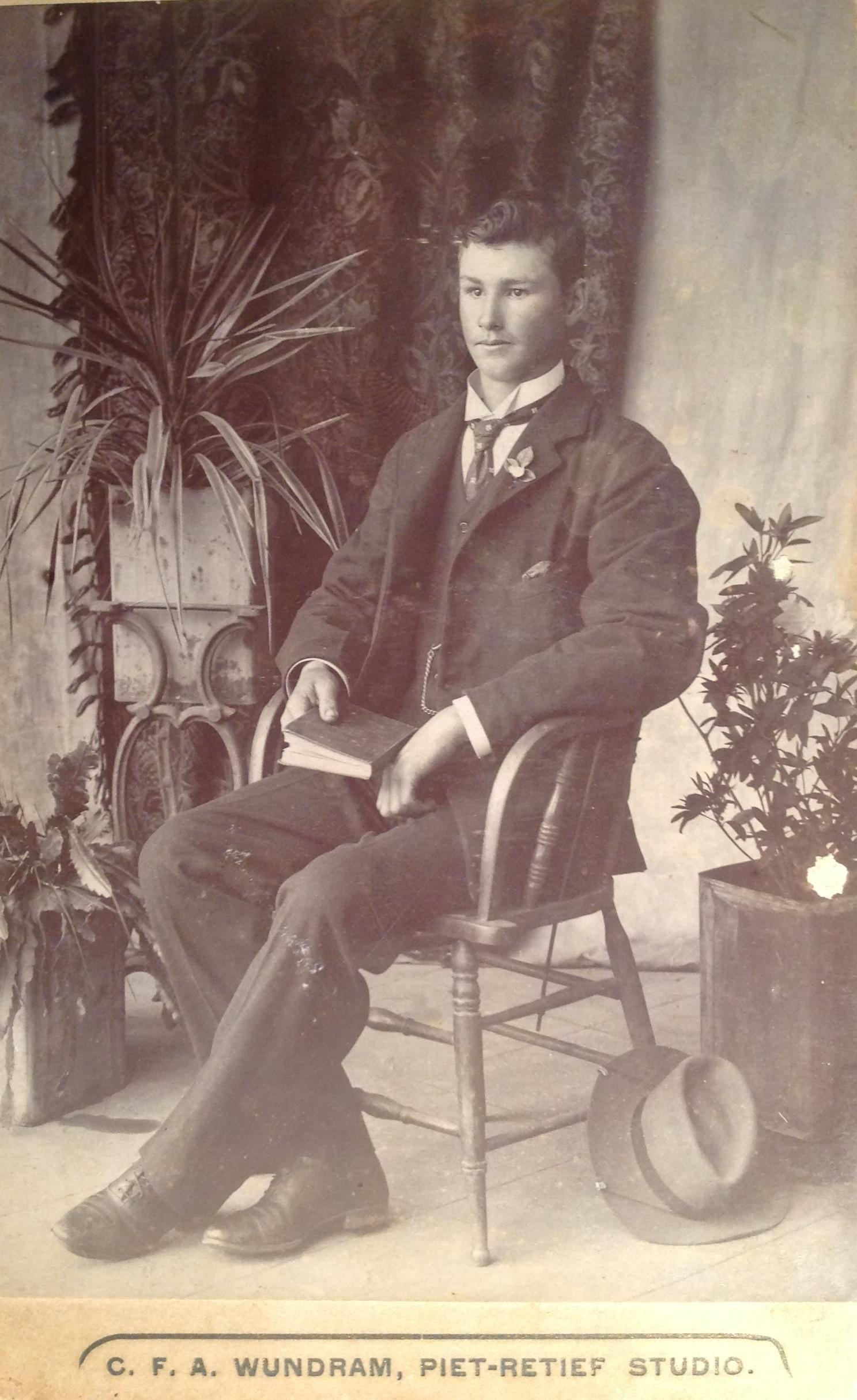 During both 1891 and 1899 he applied to be considered as a naturalised burgher. He was probably successful in his latter application.

On two occasions (1897 and 1898) he also applied to have rifles imported. The latest application included 3000 bullets. It is interesting as to why he would have required 3000 bullets at that point. Was he a hunter as well?

When Wundram arrived in Piet Retief he was single for some 3 years before getting married to Anna Martha Prozesky (born in Natal during 1872), a daughter to a missionary couple. During February 1893 Wundram applied for wedding leave from the post office for the period 2 April to 2 May. The couple got married on 7 April 1893 at the Koenigsberg (Königsberg) mission station near Newcastle (203 km from Piet Retief). 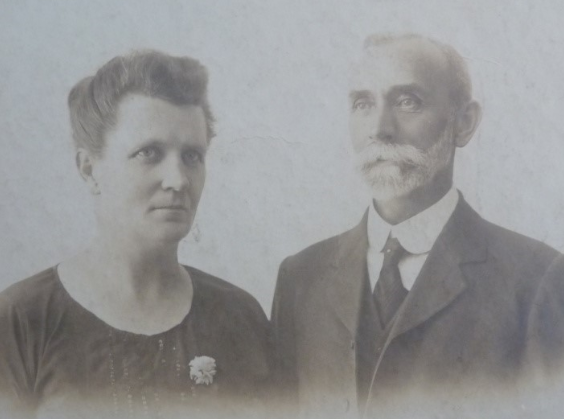 A curious question would be around where they met and how they courted prior to their marriage. The couple had six children:  Ida Caroline OLGA (born 1894), Auguste Johanna CAROLINE (born 1895), August Wilhelm HERBERT (born 1896), VICTOR Heinrich Gustav (born 1900), Ernst (ERNIE) Otto Paul (born 1902) and Johanna Marie HILDA (born 1906).

Cabinet card format photograph of one of the Wundram daughters – Caroline circa 1902 probably by Carl Wundram himself via Johann Basson.jpg 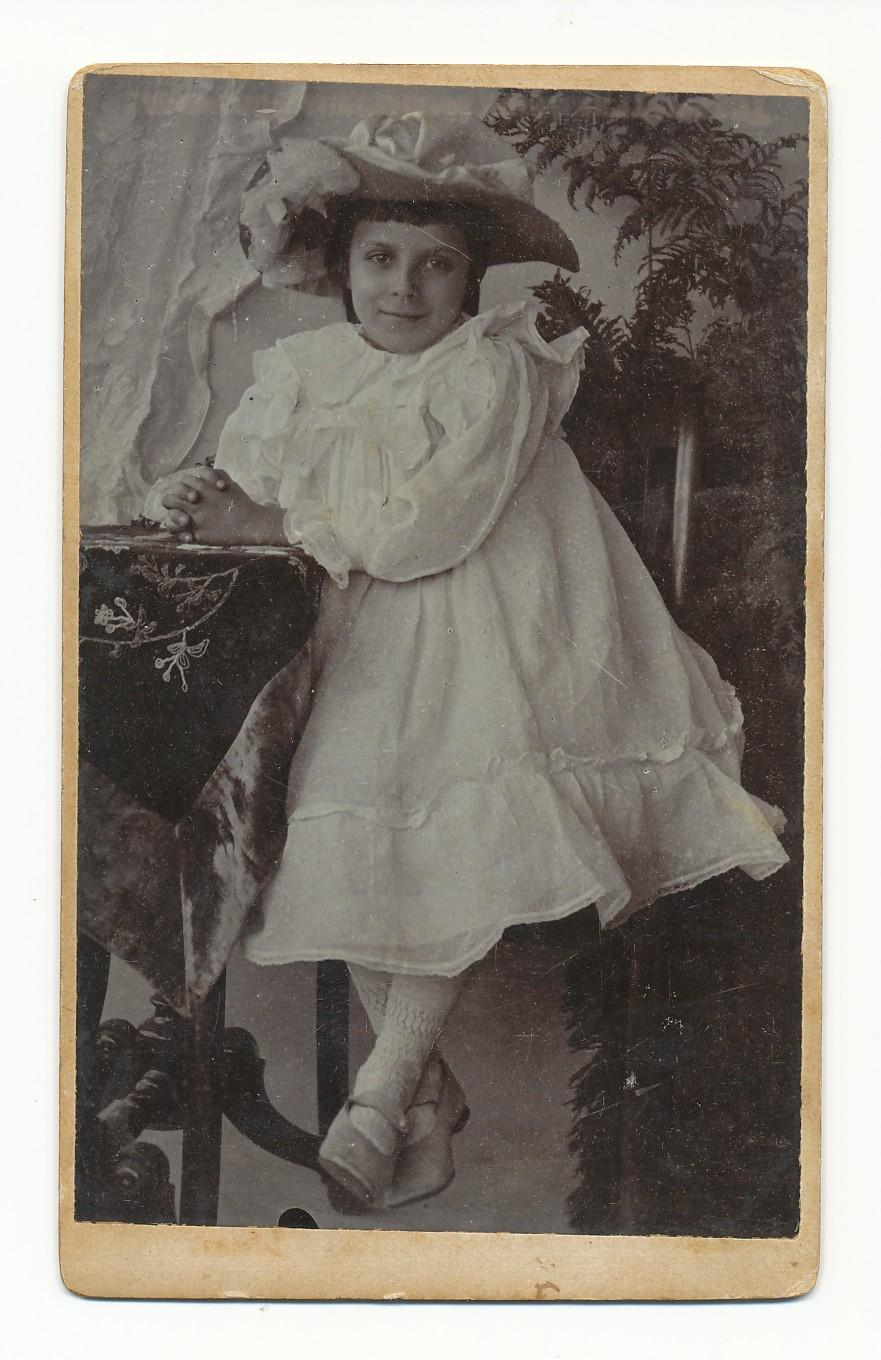 Cabinet card format photograph of one of the Wundram daughters – Caroline (taken during 1902) probably by Carl Wundram himself. Source: Johann Basson

Cabinet card format photograph of one of the Wundram daughters Olga circa 1902 probably taken by Carl Wundram himself via Johan Basson.PNG 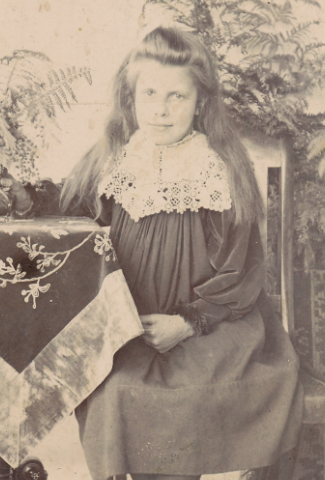 Cabinet card format photograph of one of the Wundram daughters – Olga (taken during 1902) probably by Carl Wundram himself. Source: Johann Basson

General Smith-Dorrien, a British officer, resided in the Wundram family home during the hostilities, whilst Wundram and family stayed in a disused trading store prior to being interned briefly. To date, it could not be confirmed where this farm house was based.

The Wundram family (4 children then) were briefly interned in the Standerton Concentration Camp during the Anglo-Boer War but later permitted to reside with Martha’s sister Lill Marshall in Dundee at first and later with her brother Otto.

During November 1901, the German consul enquired about the whereabouts of Wundram. The response back was that he was running the hotel and store at the New Campbell Collieries near Dundee. This confirms that he had then already left the services of the post office. The Wundrams returned to Piet Retief after the war.

Post the war, Wundram claimed £1933 from the British government for damage caused to his property by British troops. The subsequent assessment to his claim came to £854 but Wundram was only awarded £500.

The claim indicates that his residence and stables were burned down by the British troops and that they used the furniture and wood in the two structures to make fires. A labourer, Jonas, was an eyewitness to some of this, especially the burning of the two properties – A statement was taken from Jonas accordingly. Wundram also claimed for damages to the dam, two missing horses, 15 head of cattle and his spider (horse-cart) which was commandeered by the British. He bought this horse-cart for £49 during 1895.

An interesting letter found in archival records, written during 1907, is one from Wundram to a state entomologist based in Pretoria. In this letter he provides feedback to the entomologist, stating that the trees that were treated against a “little insect” invasion were healthy and that the insects all died. In this same letter Wundram also requested the entomologist to forward him two gallons of castor oil – It is unclear what the reason for this request was. Could it be that the castor oil was used to protect the trees from being invaded by the “little insects”?  The entomologist could not assist with this request.

During June 1908 Wundram applied for permission to open a trading store on the site of an old mission station. This store, focussing on the local population, was based in the Pongola Game Reserve (established 1894) some 241 km from Piet Retief. Whilst based at this store, Wundram enquired about the shooting of problematic lions, “tigers” and wild dogs. The authority’s response to this request indicates that they would pay £1 for every wild dog killed. The “tiger” Wundram referred to in his requests was probably in reference to either cheetahs or leopards.

He remained at this trading-store for less than 18 months in that during early 1910 he was back in Piet Retief. It is unlikely that he continued his role as photographer during this 18 month period or after his return to Piet Retief.

Wundram was appointed as a part-time Resident Justice of Piece on 1 January 1910, being responsible for the district Welkom (part of Piet Retief), earning £100 per annum.

Wundram travelled to Welkom, 63 km from Piet Retief, twice per month. These visits, according to authorities, were not sufficient resulting in the role being collapsed during March 1917. Archival records however indicate that the role was collapsed due to a fall-out that Wundram had with the then magistrate, who fined Wundram due to him pulling teeth of two locals in the Welkom district, charging them for this service. A media spat ensued in the Pretoria News during September 1911 between Wundram and another local resident around this, and other aspects.

In his letter to the Pretoria News, Wundram claimed to have been a dentist prior to the war in that there were “no medical gentleman to attend to ailments of the afflicted”. He certainly was not a qualified dentist but simply a “tandetrekker” (layman dentist). 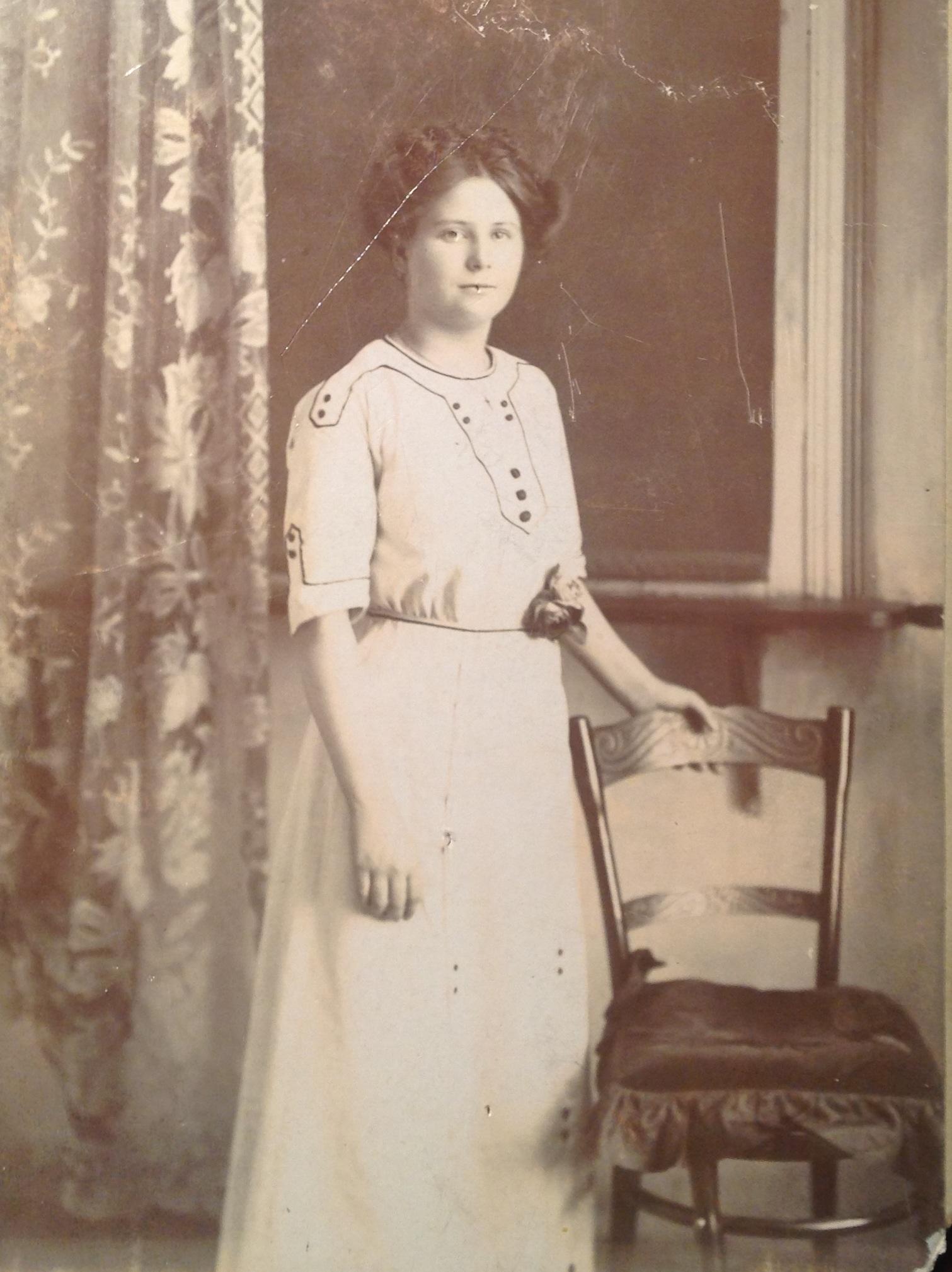 Stamp on the back of photograph of unknown young lady in Cabinet Card format Circa 1903 via Hardijzer photographic research collection.jpg 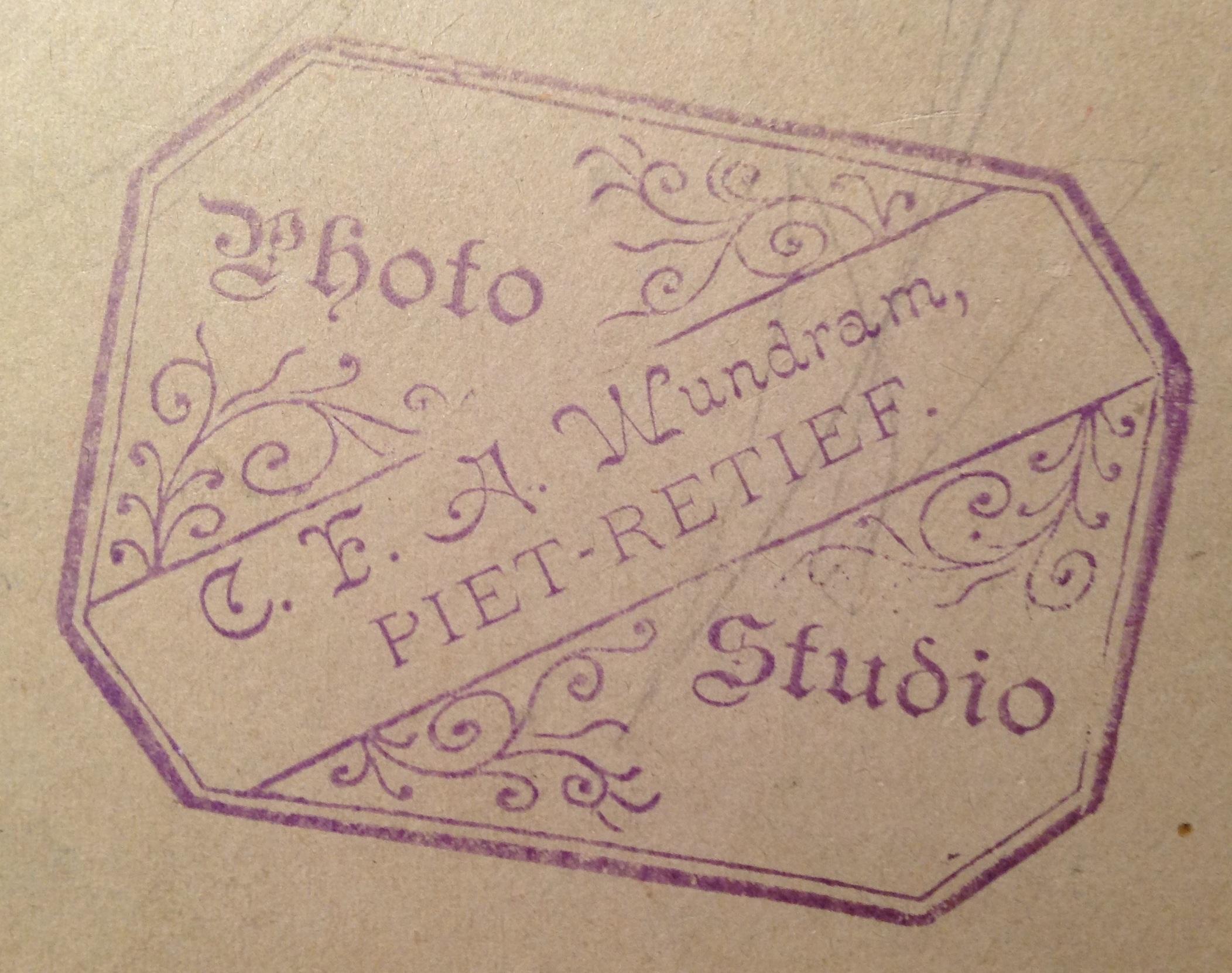 During September 1915, Wundram also applied for a role in the protectorate (German South West Africa). It is assumed that this application was not successful in that he was still active as the  Resident Justice of Peace until March 1917. Wundram was 54 when he stepped down from this role. It is not clear what he did between 1917 and the time of his death. Considering that he stayed on a farm at the time of his death, he was more than likely involved in small scale farming.

Wundram was clearly multi-lingual, in that as a German born citizen he quickly picked up on Dutch and English. Correspondence by him indicates that he mastered these two languages exceptionally well.

Given the variety of roles that Wundram fulfilled since arriving is South Africa, he clearly was a “Jack of all trades” and probably a master in most of them. The population in Piet Retief at the time would have been small, resulting in skills diversification being a necessity to generate additional income.

Wundram passed away in Piet Retief on 20 March 1931 aged 68. At the time of his death, the family stayed on the farm Weltevreden in the Niobe district. Martha died in Vryheid on 11 September 1962, aged 89. 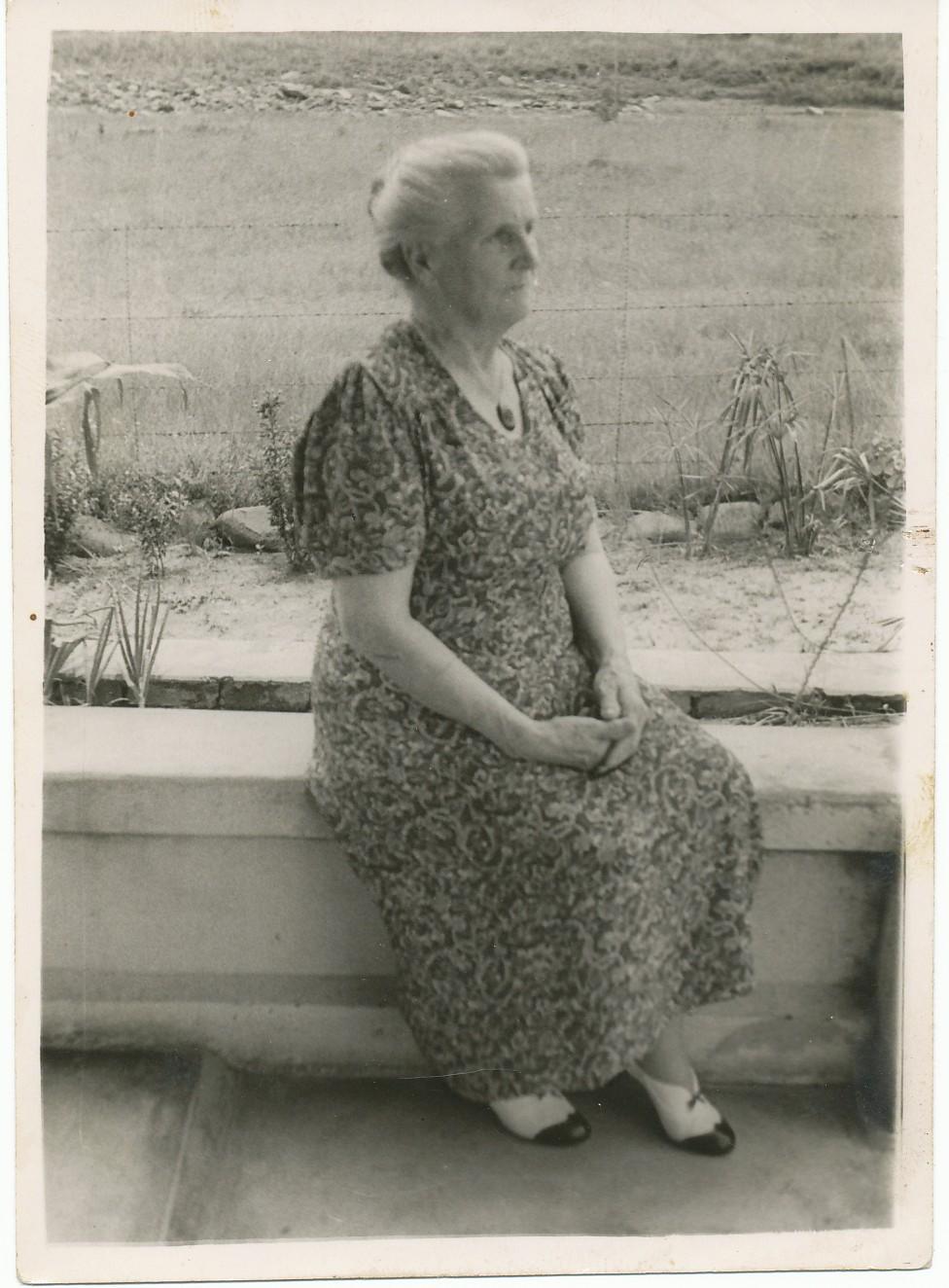 To date, the author has recorded some 1500 photographers who were active in South Africa between the period 1840s to 1910. In this catalogue, a number of German names appear. The earliest German photographers recorded are Carl Sparman and AW Roghe who were based in Cape Town during the mid-1840s to early 1850s. The better known of the earlier German photographers, active in South Africa, were Gustav Fritsch and Bernhard Mahler (during the 1860s). Some of the other German photographers identified are: Adolf Bluhm (King Williamstown); Alfred Daubert (Wakkerstroom); Carl Hager (Cape Town); Otto Mehliss (Stutterheim); Carel Mönnig (Bloemfontein and Cape Town) and Rudolf Steger (Pretoria). This is by no means a complete list and potentially requires an article on its own.

Walter Volker has conducted research on the Natal German families which he incorporated into a central database. This database contains the details of more than 50 000 individuals.

One of the sources consulted, namely “The Prozeskys of South Africa” contains several photographs of Carl and Martha Wundram at various life stages.

The author acknowledges Mr. Johann Basson for freely providing the author with relevant information and photographs on the Wundram family. Also for his invaluable advice and support in preparing this article.