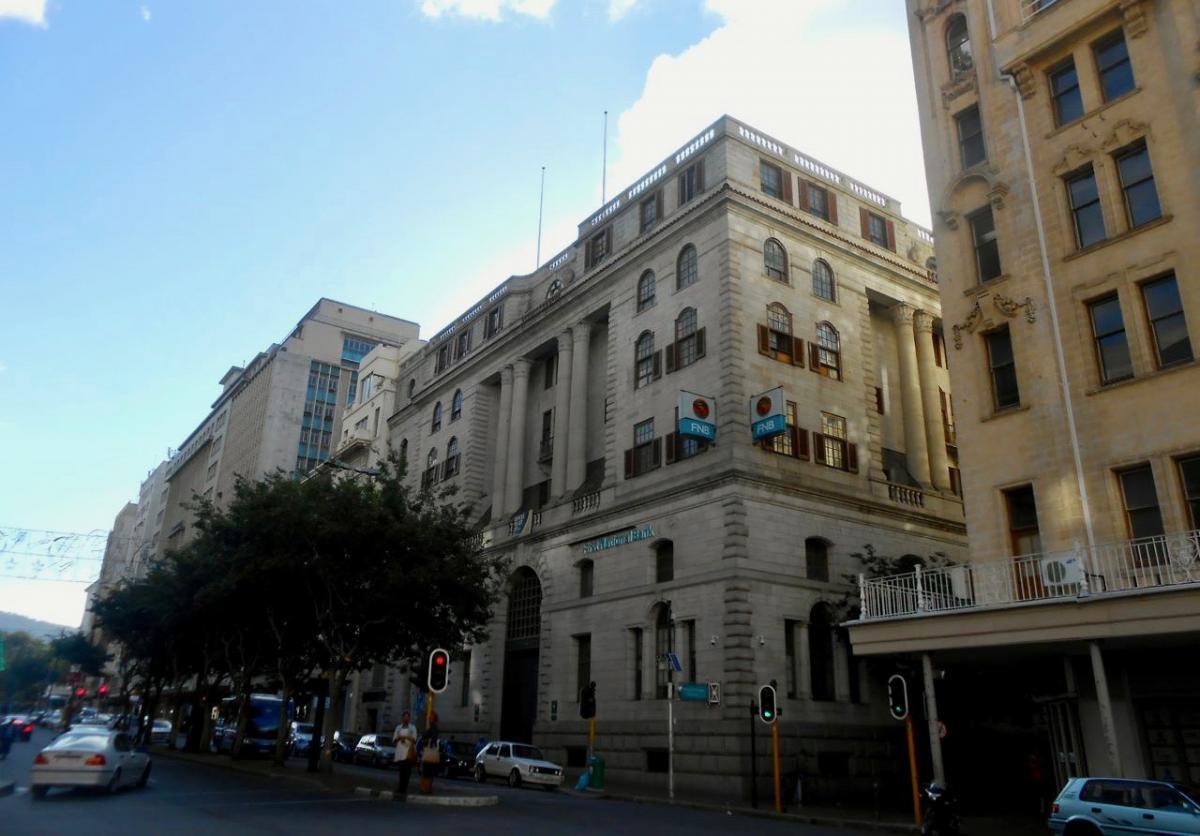 In the short article below, an unknown author explores a few blue plaques in Cape Town including one commemorating Herbert Baker's last building in South Africa. The piece appeared in the 1978 edition of Restorica, the journal of the Simon van der Stel Foundation. today the Heritage Association of South Africa (HASA). Thank you to the University of Pretoria (copyright holders) for giving us permission to publish.

One wonders how many people in their daily rush up and down Adderley Street this past week or so, have noticed that another of the Simon van der Stel Foundation's blue larger-than-dinner plate plaques has gone up on the site of Barclay's Bank. 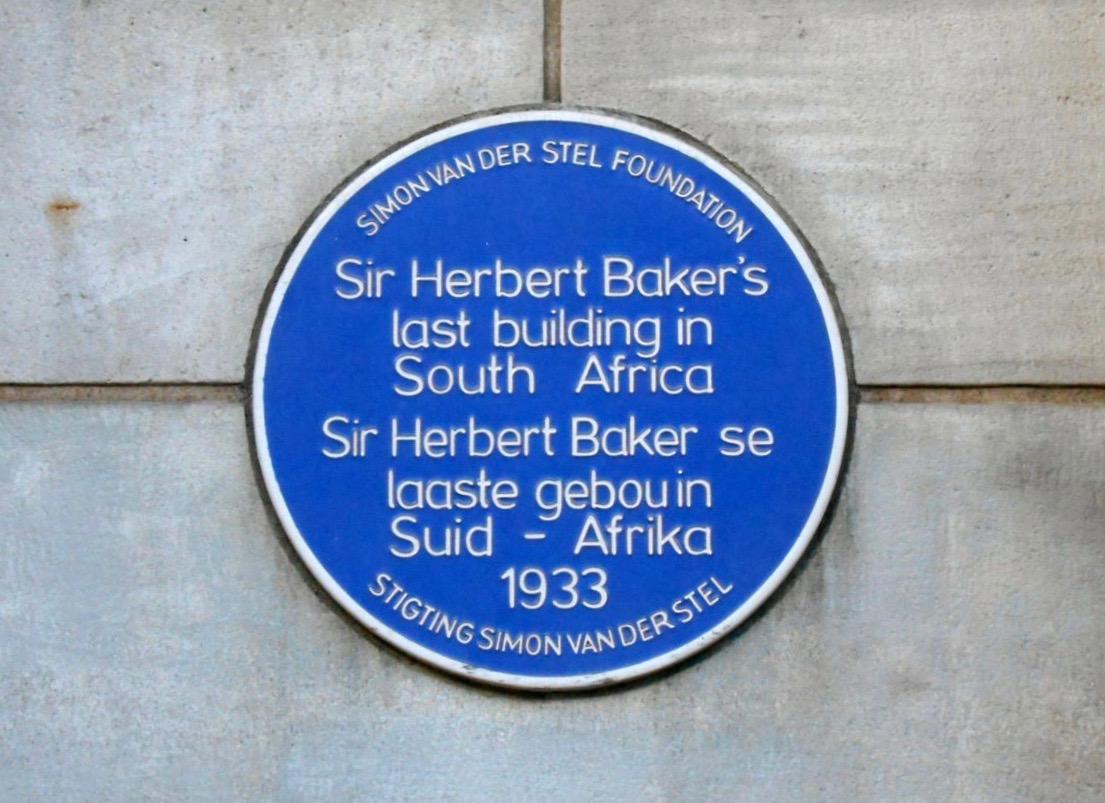 This, of course, records Sir Herbert Baker's last building in South Africa - his first was a rather modest extension to Tokai reformatory. And the two opposite poles indicate how the architect's reputation soared while in South Africa. From initially improving conditions for naughty boys (or else making room for more) to monumental works like Rhodes Memorial, Groote Schuur, Union Buildings and finally the magnificent bank building.

At a special lunch hosted by Mr Alex McGregor, chairman of the bank, we toasted both the bank and the Van der Stel Foundation, whose chairman, Mr Doug Andrews, had made the financial brains realize just what a valuable asset the city has in that Herbert Baker building. Were it to be re-built today, he said, it would probably make Barclays - even with all its millions - blanch at the cost. That stonework alone would run at R185 a square metre - not counting all the cutting and fiddly bits round the windows. Provided you could find the craftsmen to do it. 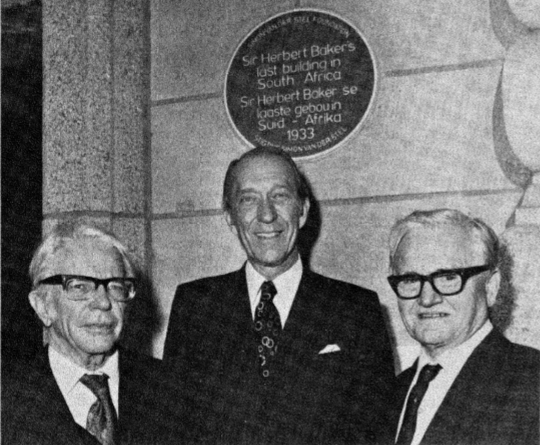 The plaque, made in London of hardfired glazed faience stoneware, is the fourth in the city centre in the space of about half a kilometre, which the Foundation has erected marking an actual site - as distinct from the National Monuments Commission which places its bronze plaques on historic buildings. 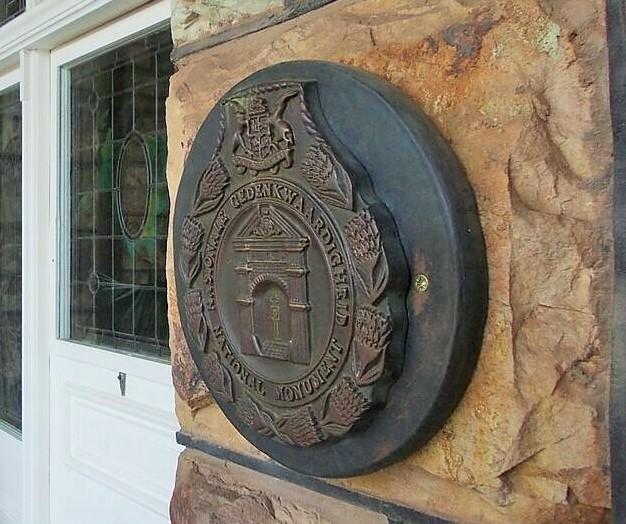 But in a lucky way, the bank's plaque combines both the site and the actual building, whereas in the case of the other three plaques the buildings have long since disappeared. If you haven't seen where they are up to now, it is worth taking a look. One is on the Provincial Administration building at the corner of Victoria Street and Wale Street recording where Joachim Nicolais von Dessin lived between 1756 and 1761. His book collection became, by his bequest, the first public library in South Africa. 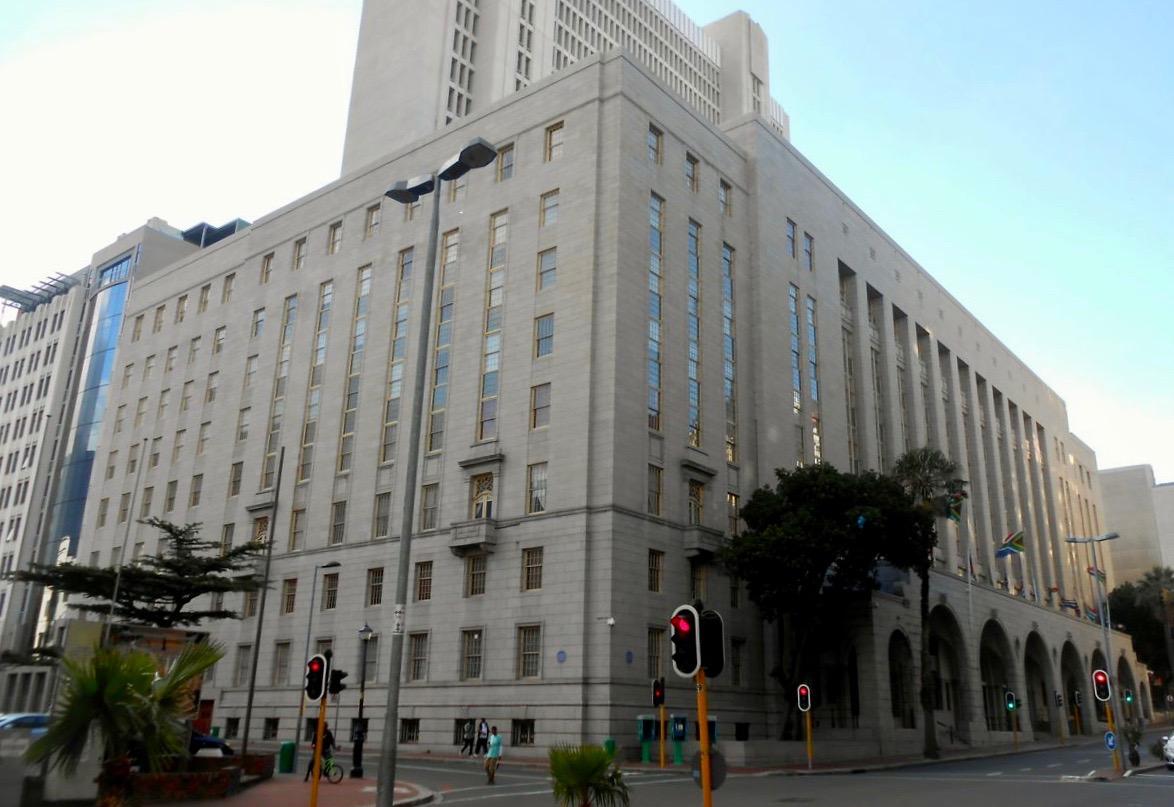 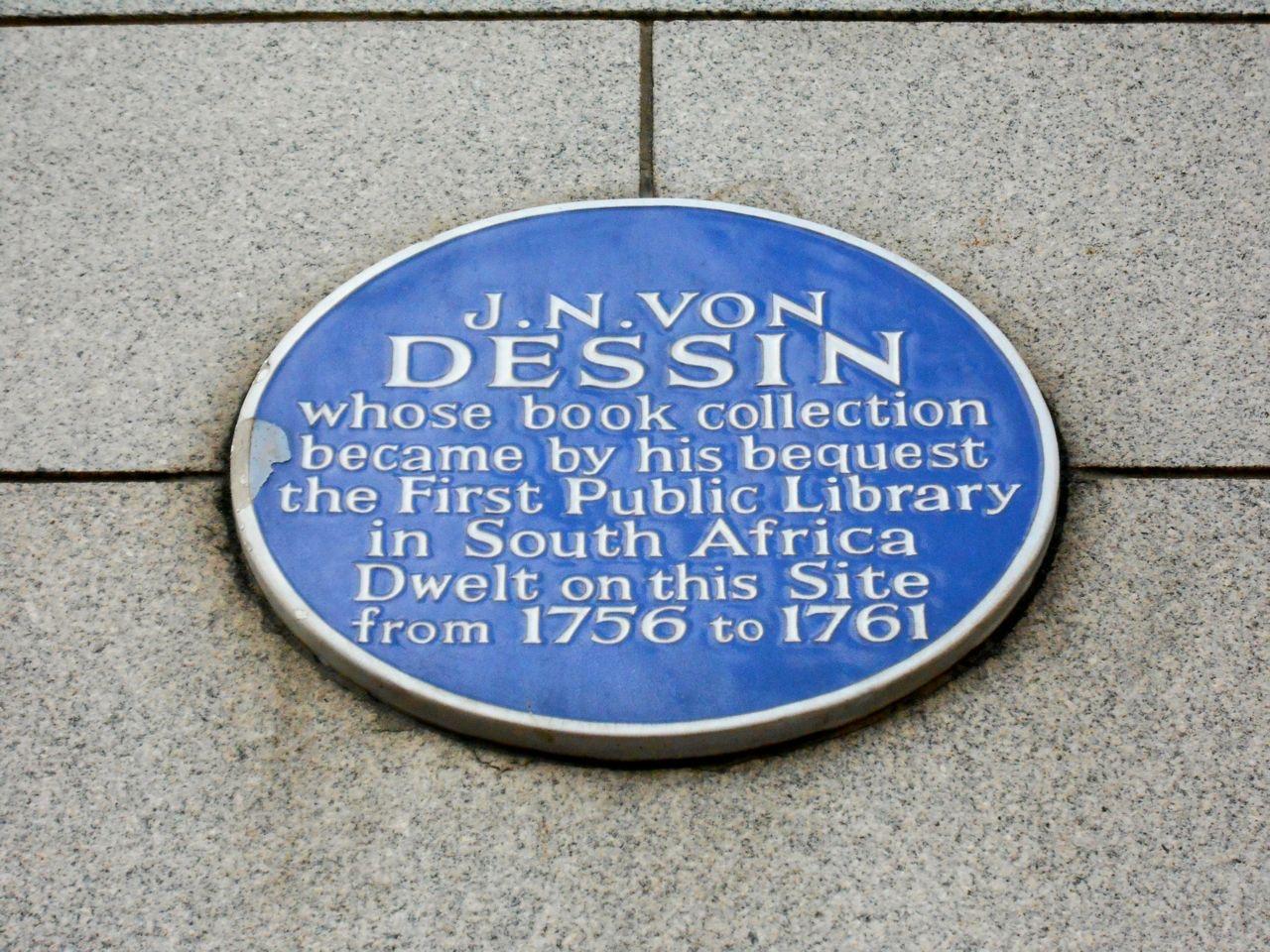 Just across the road in Wale Street on the Board of Executors is another plaque put up in February 1971. It declares to all who pass that the hospital of the Netherlands East India Company stood there between 1697 and 1782. 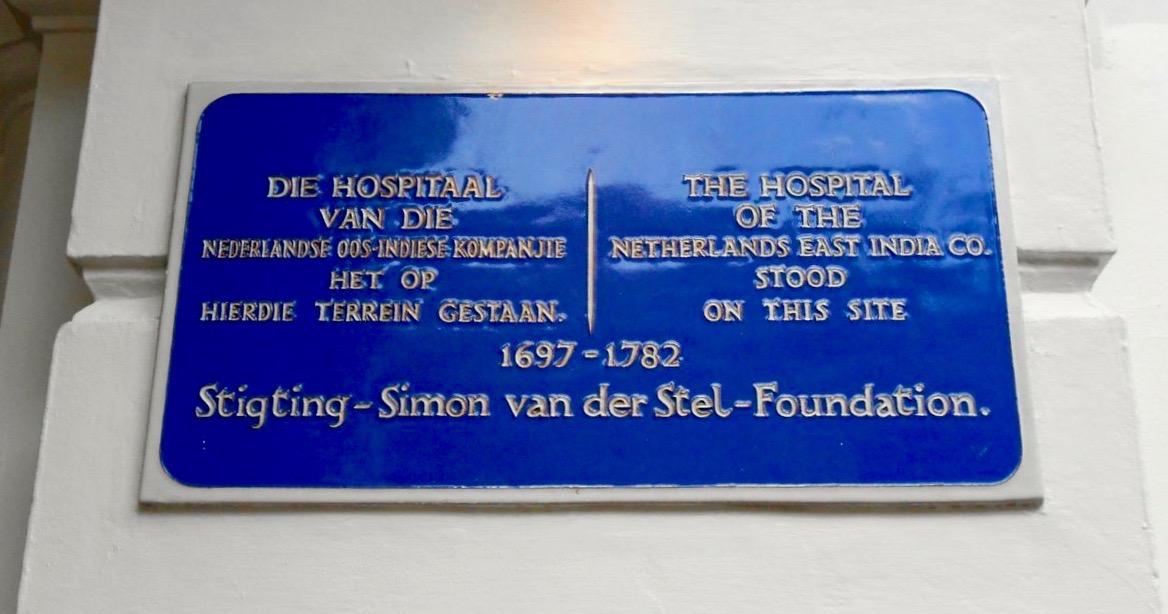 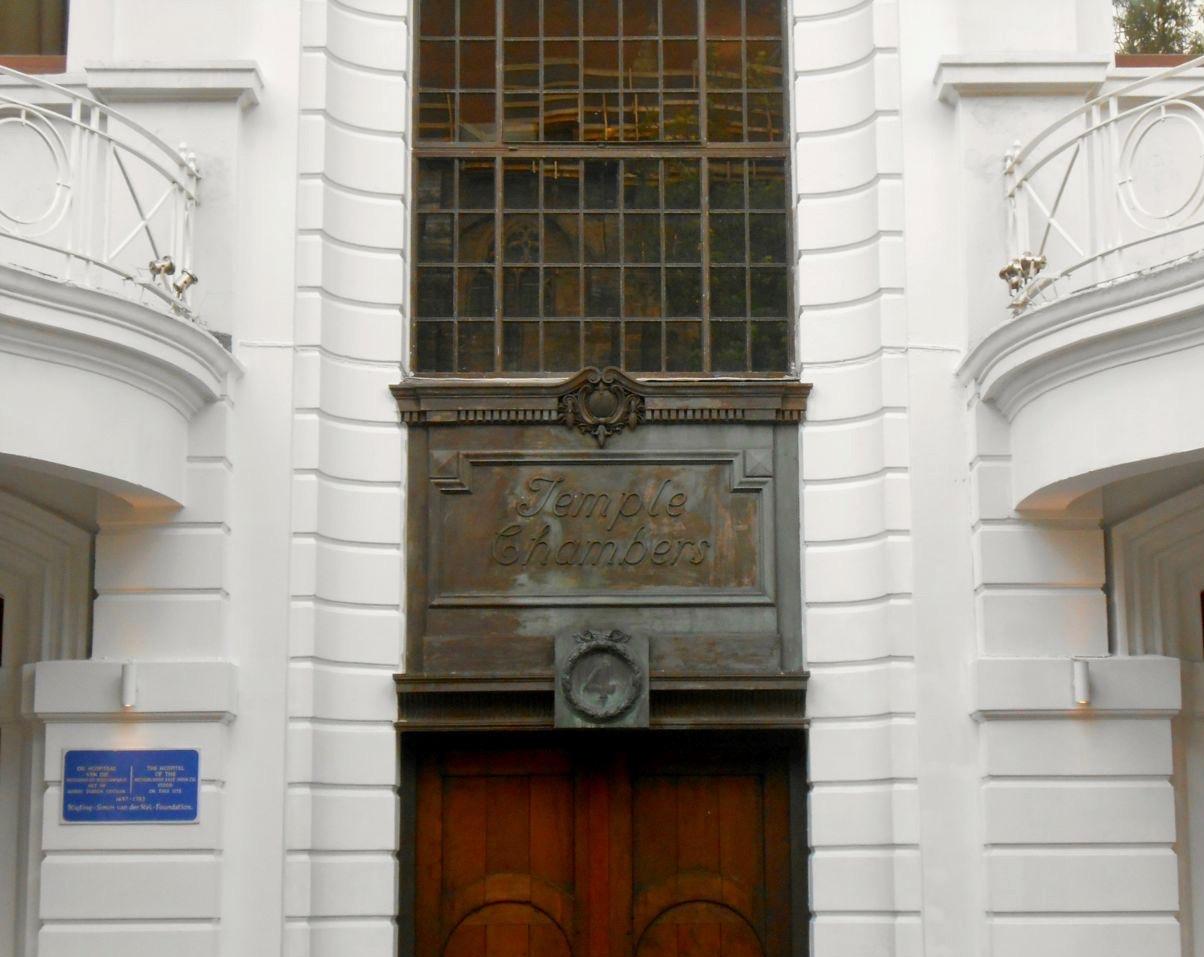 Finally, farther down in Adderley Street on the new Woolworths building, is plaque No. 4 which marks the first trading site in Cape Town where Thomas Christoffel Muller set up as a free baker in 1665. 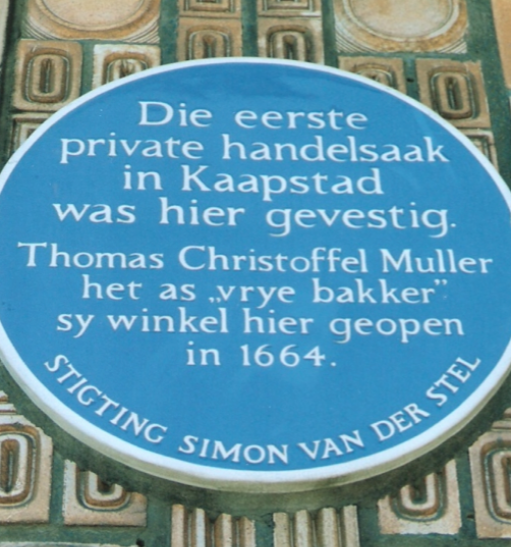 The Foundation is planning more plaques and I think that one day when they have marked all those sites which they consider worth remembering, a good idea might be to produce (if they haven't already) a little booklet telling visitors and locals of all the plates and bronze plaques and blue ones there are in the city.

It is amazing the number there are about. I spotted two in the Public Gardens the other day I'd never seen before. It was quite a thrill stumbling upon them and it made me realize how important they are. As the city grows, changes and develops of necessity (and sometimes thoughtlessness) so much of what was once important and alive is blurred out of existence. But at least a few well-chosen words on a plaque help to prevent them being blurred entirely out of memory.