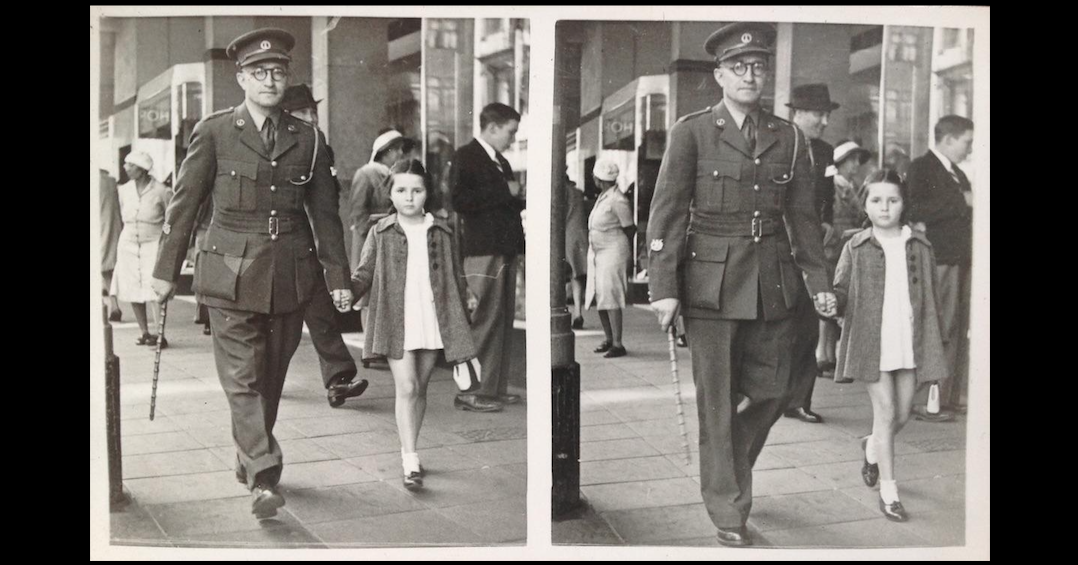 In a recent article published by the author (click here to view), reference was made to a modern photographic phenomenon, namely “found photographs”. In short: “Found photographs” are discarded vintage photographs typically found at charity stores, car boot sales, flea markets or antique fairs. As a single image, any “found” or the converse thereof, “lost” photograph, has sadly lost its original context when viewed by a total stranger who would have no context to the photograph. A different context can however be provided again when “lost” images are clustered together into a theme, such as the one presented in this article.

Two elegant ladies walking down a street in Durban via Carol Hardijzer.jpg 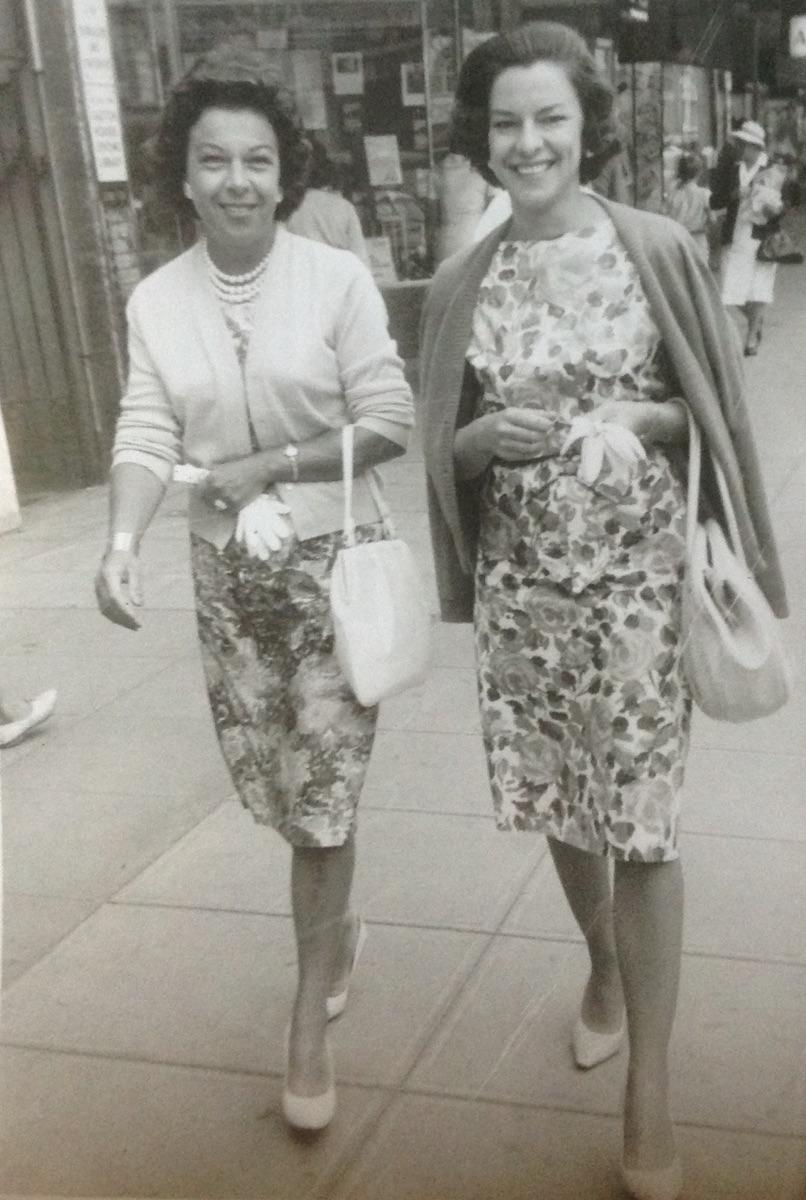 Two elegant ladies walking down a street in Durban. They can clearly be seen “courting” the camera.

Two young ladies walking down a street in Johannesburg via Carol Hardijzer.jpg 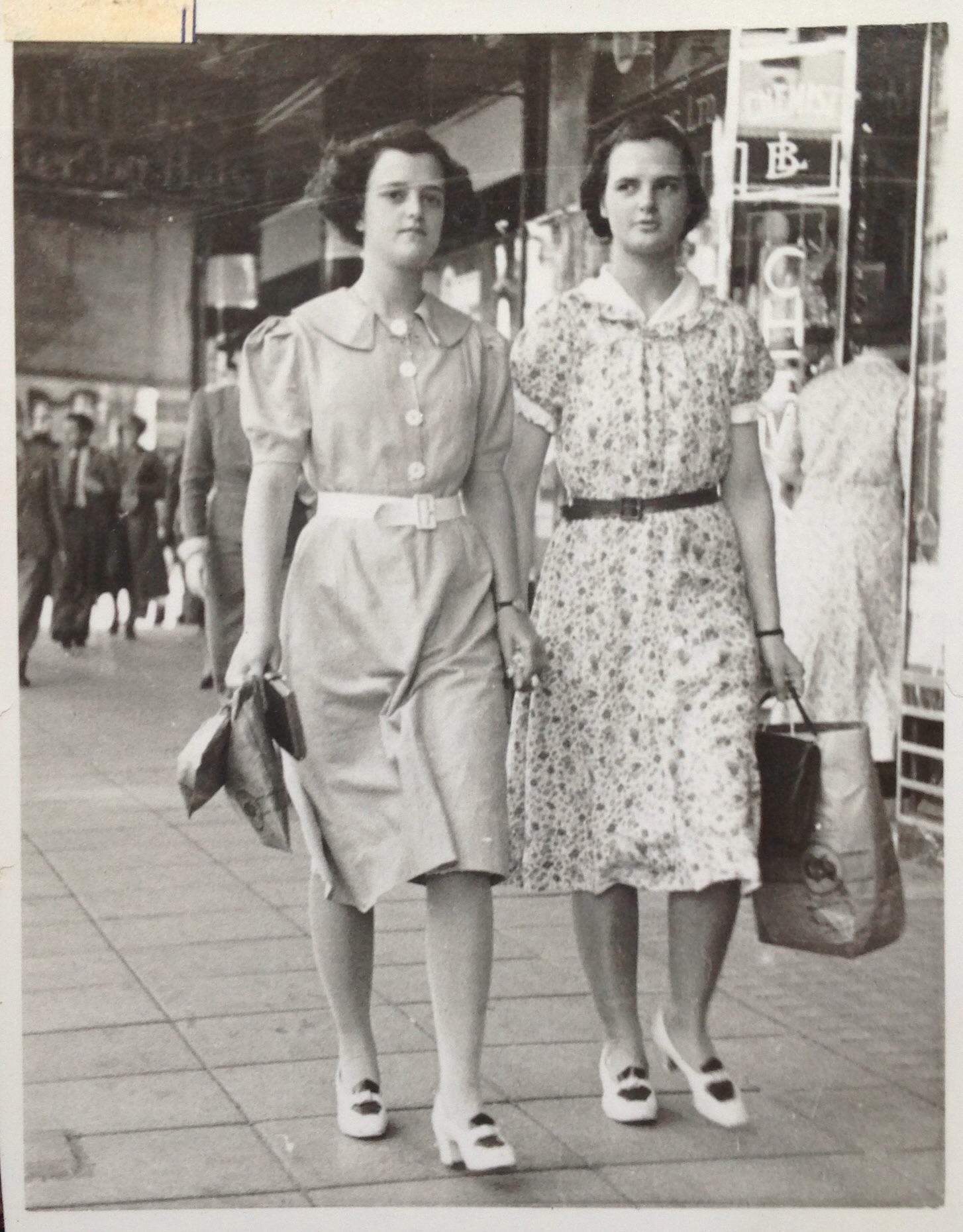 Two young ladies walking down a street in Johannesburg. They both seem somewhat uncertain as to how to respond to the camera’s attention.

What are pavement photographs?

Photographers continuously had to look at renewing themselves and come up with competitive and creative alternatives in generating additional income streams. Instead of waiting for customers to come into their refined space, the photographic studio, photographers expanded to the urban pavements where they literally set themselves up on the pavements of the larger South African urban cities.

Pavement, or sidewalk photographers, would mostly take candid photographs of individuals, couples, families and other groups walking down the street, mostly unaware of the cameraman’s activity.

The resultant images also became known as impromptu, candid or walking pictures. The photographer, or an assistant, would then hand ‘the subject’ that has just been randomly photographed a numbered ticket with an invitation to drop by their studio later to buy a copy of the photograph. This trend continued in South Africa into the late 1960s.

Pavement photography is a sub-genre to street photography. Street photography simplistically can be defined as documentary photography that features subjects in candid situations within public places such as streets, parks, beaches, malls, political conventions and multiple other settings. Street (or Urban) photography therefore does not necessitate the presence of a street or even the urban environment. Though people usually feature directly in street photographs, some photographs may not feature any people in that the image may be an abstract of an object or environment. 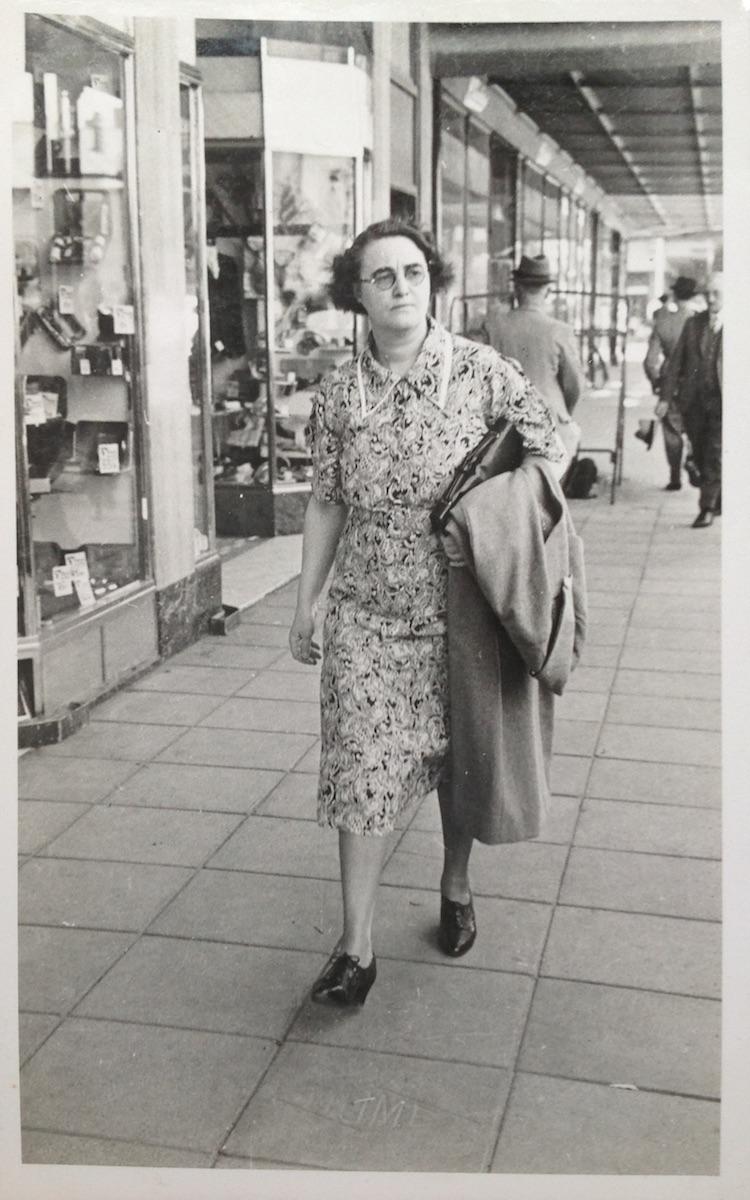 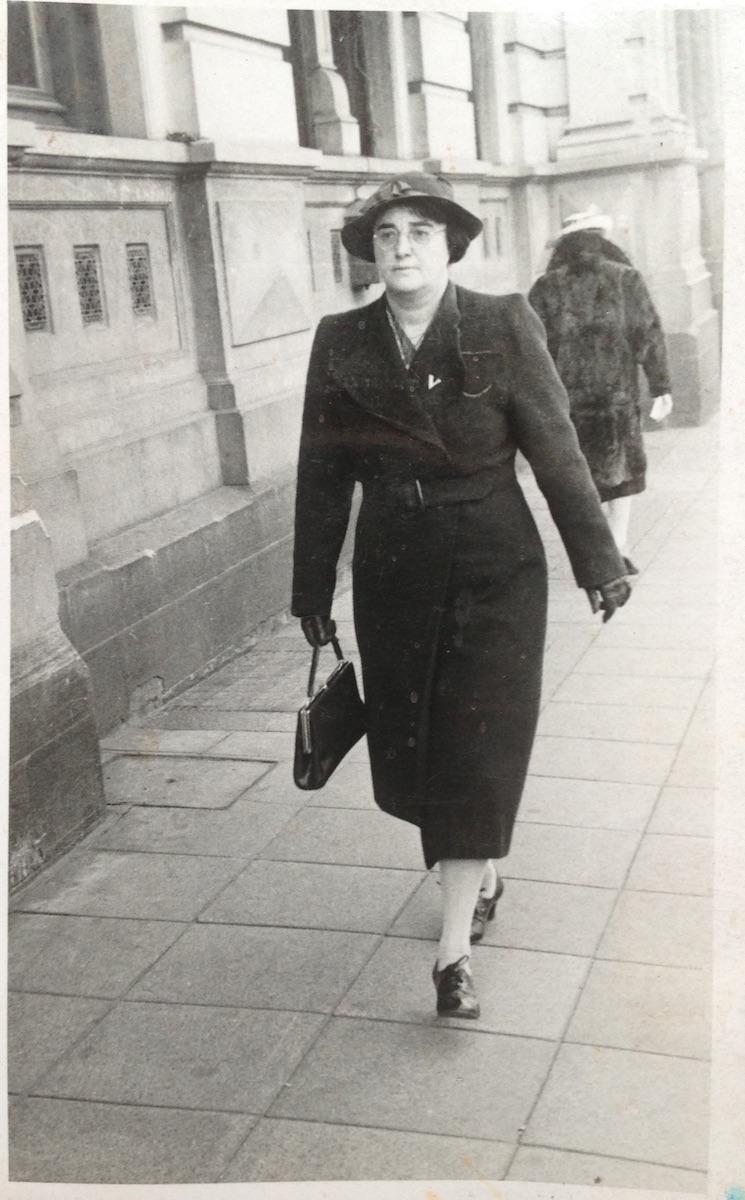 The same lady captured at different locations in Johannesburg. The one image was clearly taken mid-winter.

Pavement photographers certainly did not have a social or artistic purpose in mind in that their primary purpose was a commercial one. Some of the images, as can be seen from the images included in this article, also had both poor composition or focus.

There is an element of voyeurism involved in pavement photography. Pavement photographs are images produced at a decisive or poignant moment, unmanipulated, showing the often unaware subjects “as is” in the moment of capture.

Pavement photographers by nature would also have become great people watchers. Overtime, they would have got a sense which subject would have been more likely to buy images. Some subjects would therefore have been clear targets, whilst others may have been ignored.

The author has yet to see an image taken of any other South African race group, other than the white population. Our country's segregationist past no doubt has something to do with this but further research is required to unpack the complexity behind this phenomenon.

Pavement Photography evokes a kind of social commentary and as such it is not just a point-and-shoot for whatever-comes-up exercise.

Pavement photograph of two ladies in Johannesburg via Carol Hardijzer.jpg 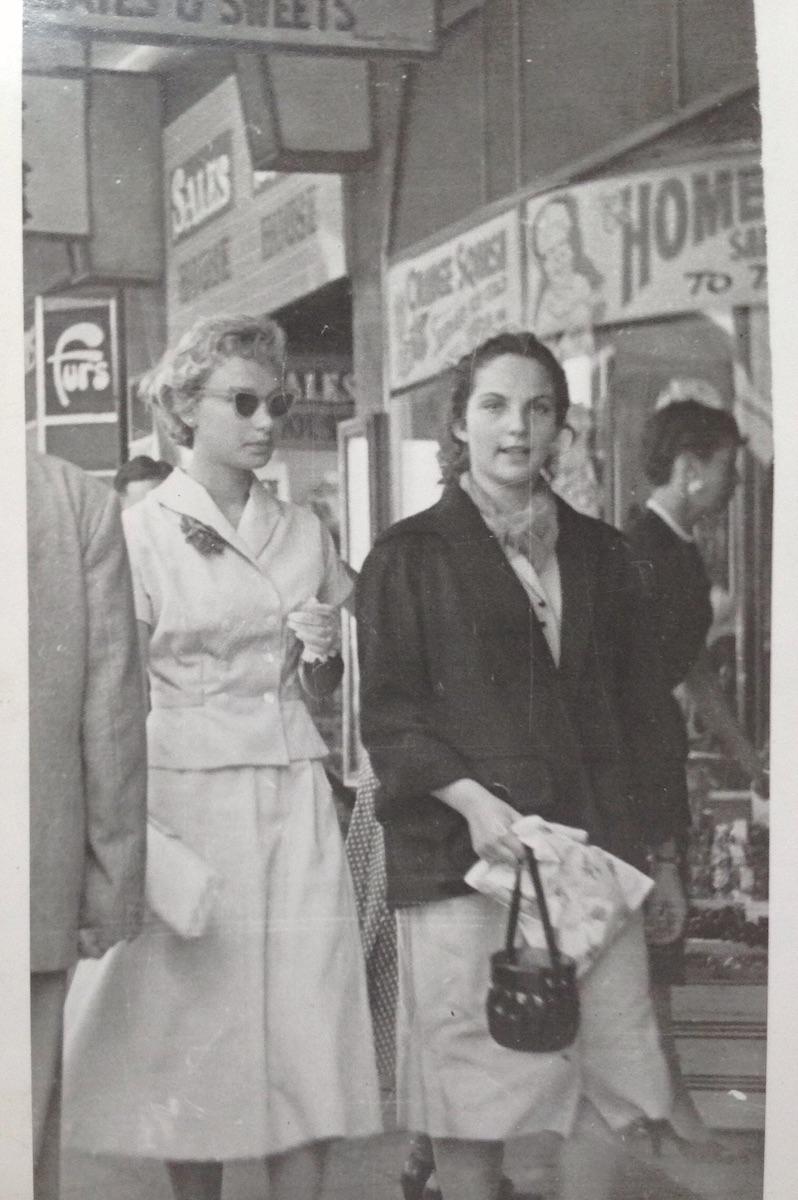 Pavement photograph of lady in Johannesburg via Carol Hardijzer.jpg 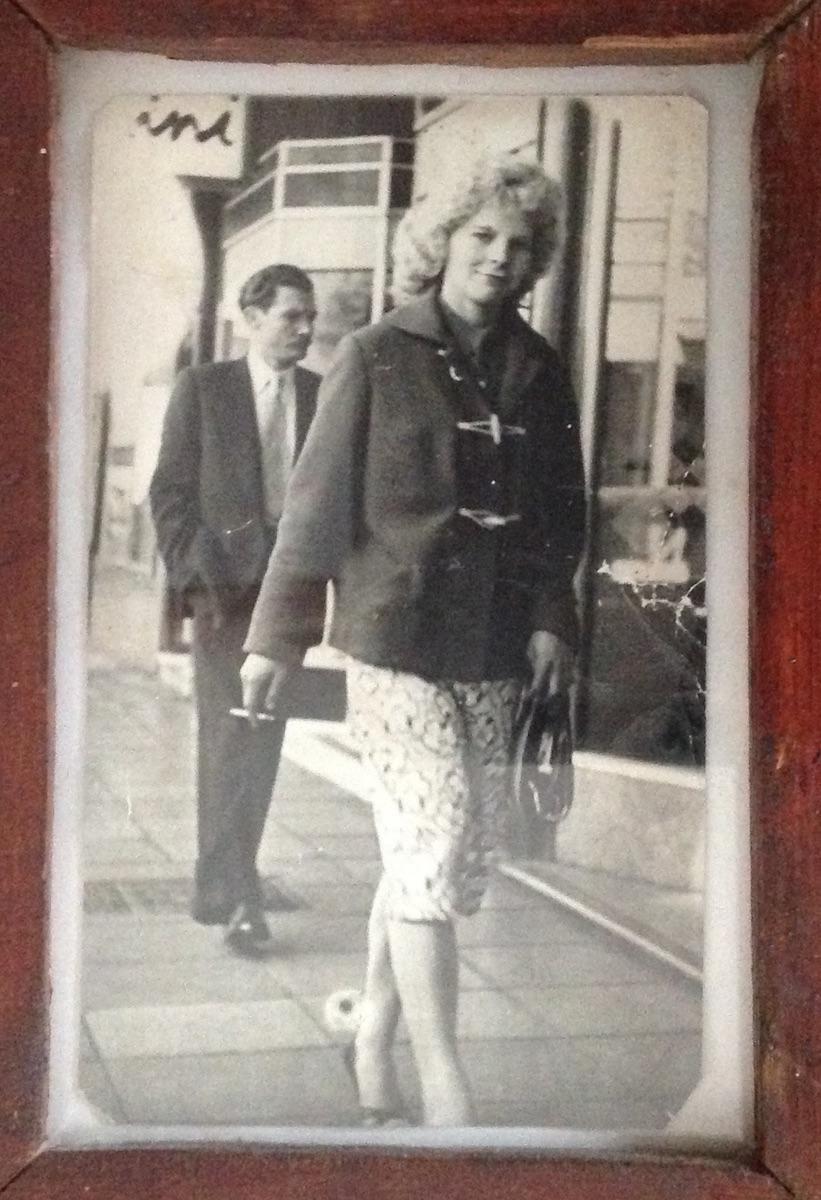 Pavement photograph of shopper in Johannesburg via Carol Hardijzer.jpg 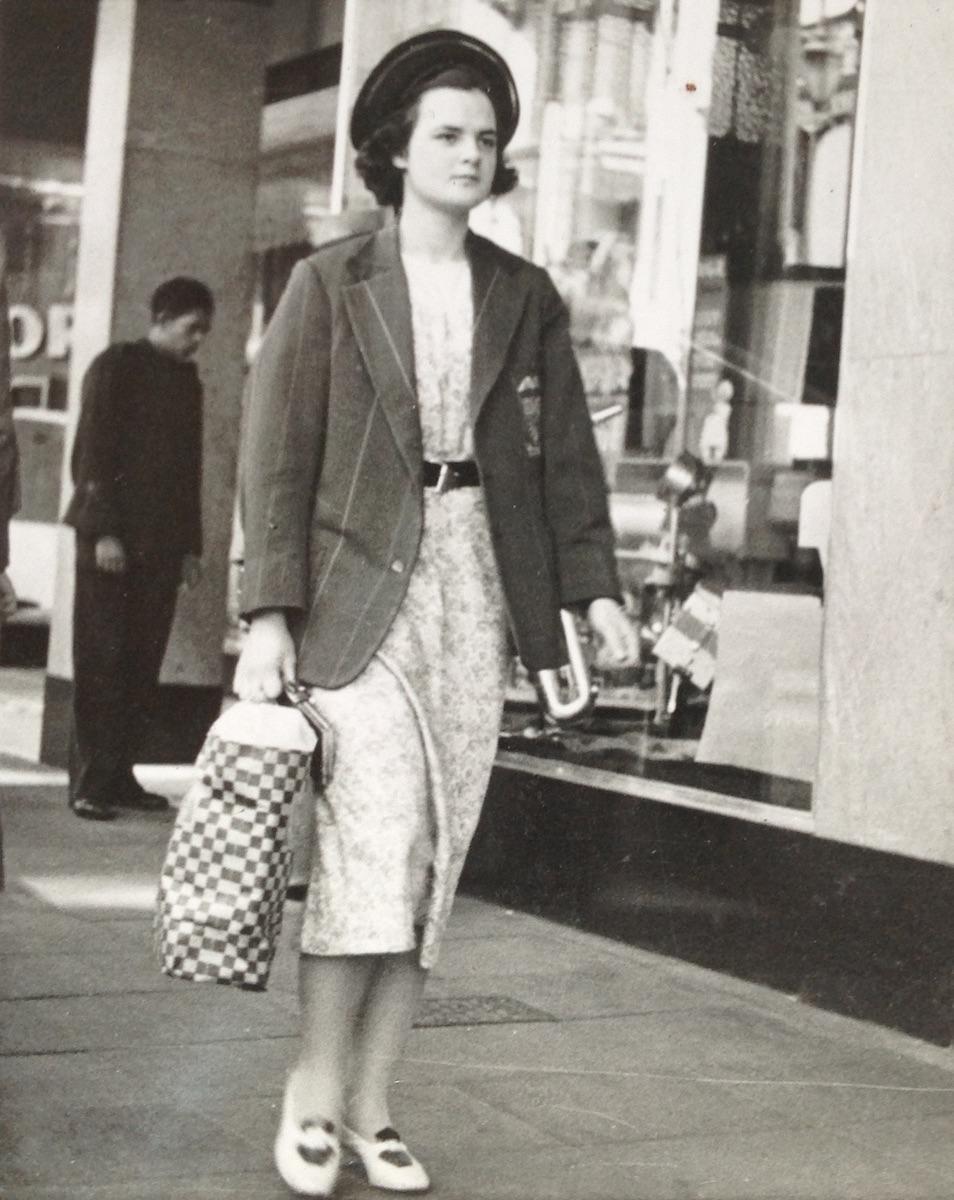 All these images were taken in Johannesburg. The image in the wooden frame is of Kotie Mulder.

The quickness of it, that is, the lifting of the camera and shooting in the thick of things, does however not mean that artistic imagination and reflection has not taken place. Much of the situational assessment happens before looking through the viewfinder and pressing the shutter. The skilled pavement photographer learned to recognize situations, anticipated behavior, knew the location or at the very least would have understood what was visually compelling given various possible elements that converged at a particular point in time.

Pavement photography is therefore an approach to picture-taking that was situational, intuitive and reactive. It did not come about due to contemplation or careful planning.

There’s some debate over who the “father” of street photography was. Although the Frenchman, Eugene Atget, is often granted this title, his work was mainly architectural, placing people second.

But there’s another, lesser-known name that enters the picture (pardon the pun) as early as, if not earlier than Atget, namely the Scotsman John Thomson. 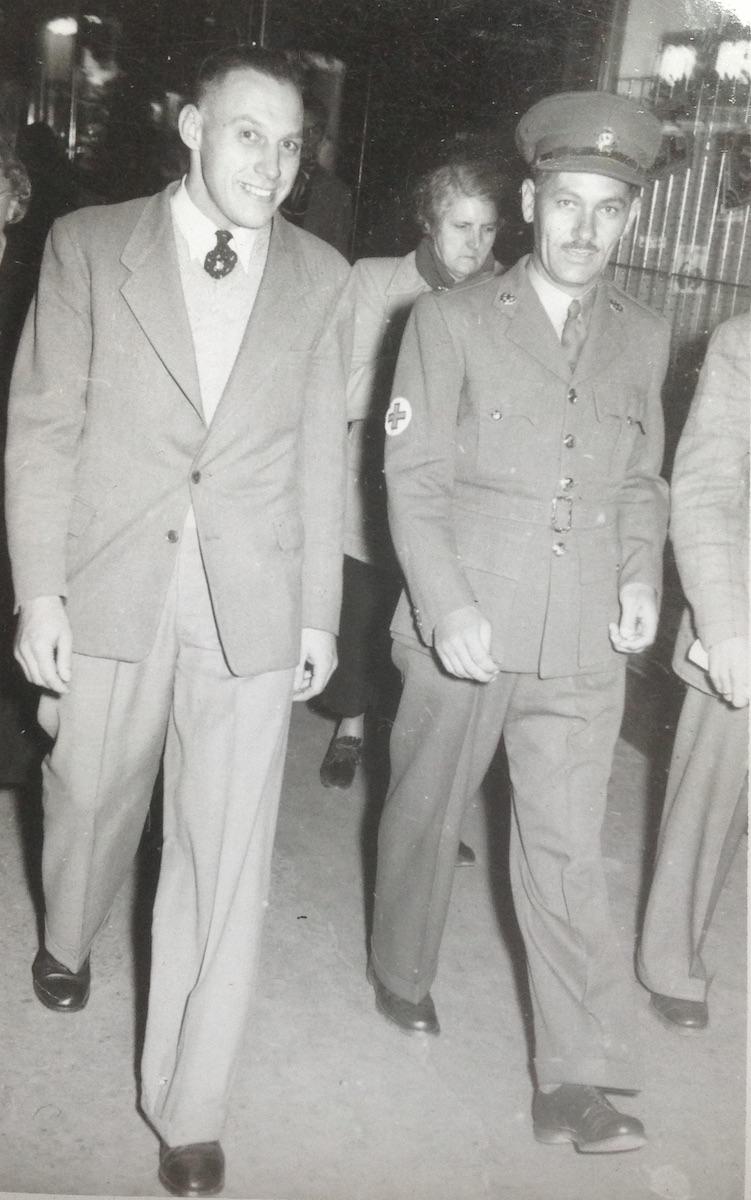 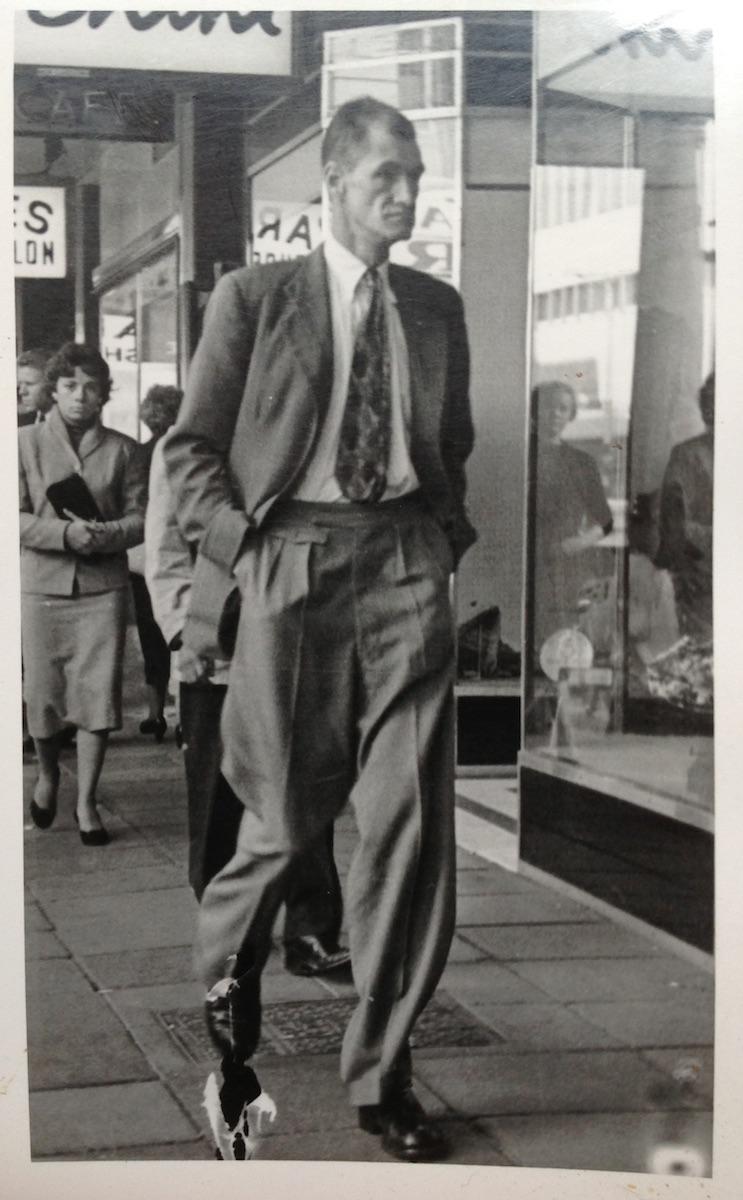 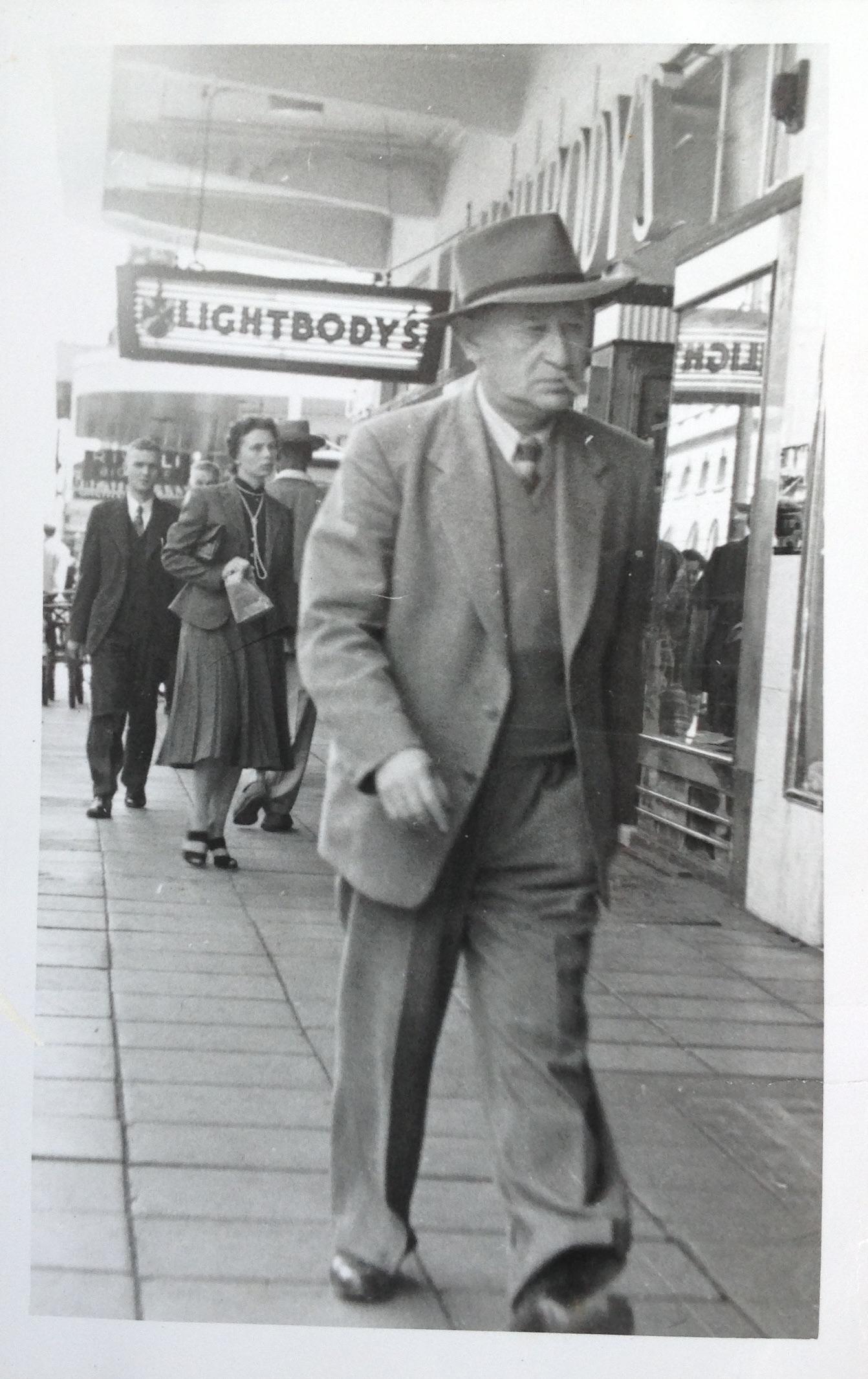 Unlike the often sneaky and sometimes downright invasive pavement photography, the technology at the time meant that Thomson had to get to know his subjects. Due to longer exposure times required then, photographs could not simply be snapped in that permission had to be obtained from the subjects first prior to the heavy equipment being set up.

Though referred to as candid photography, not all photos were candid in that some “pavement strollers” clearly courted the camera. They sought out the photographer and can be seen making eye contact with the camera full-well expecting them to be photographically captured. In one of the photo albums obtained, this aspect is confirmed in that the owner of the album, one Katie, over a period of time collated as many images possible taken of herself and her shopping companion of the day. 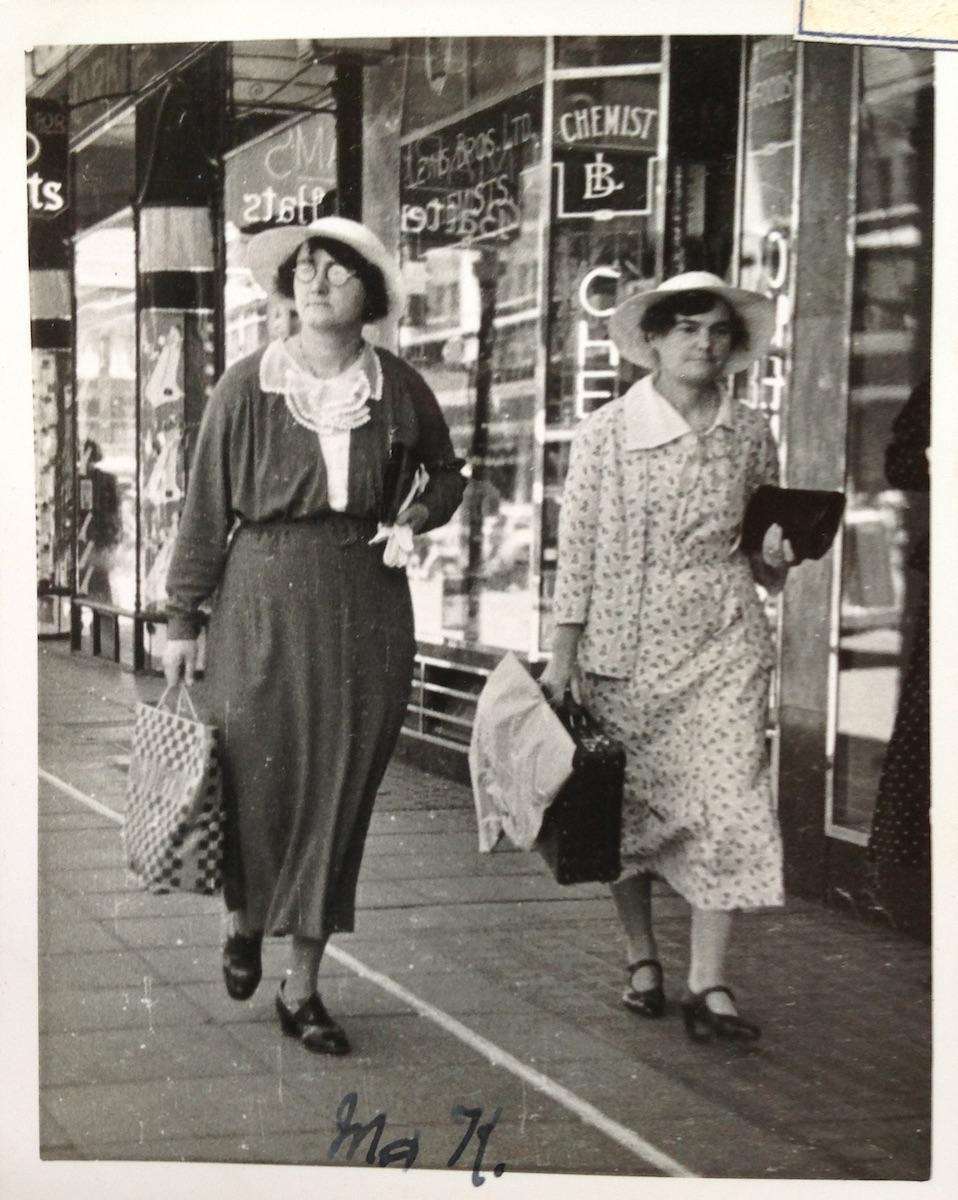 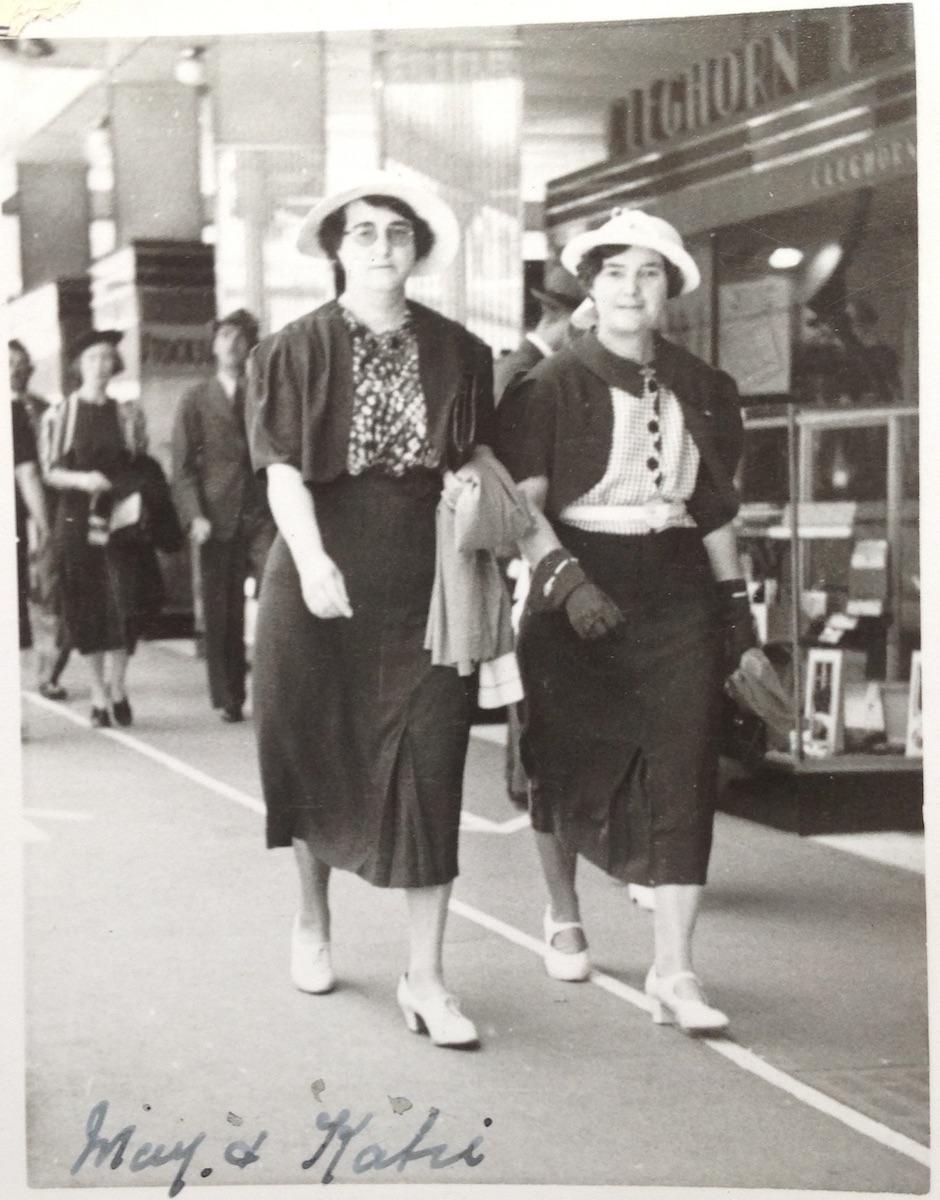 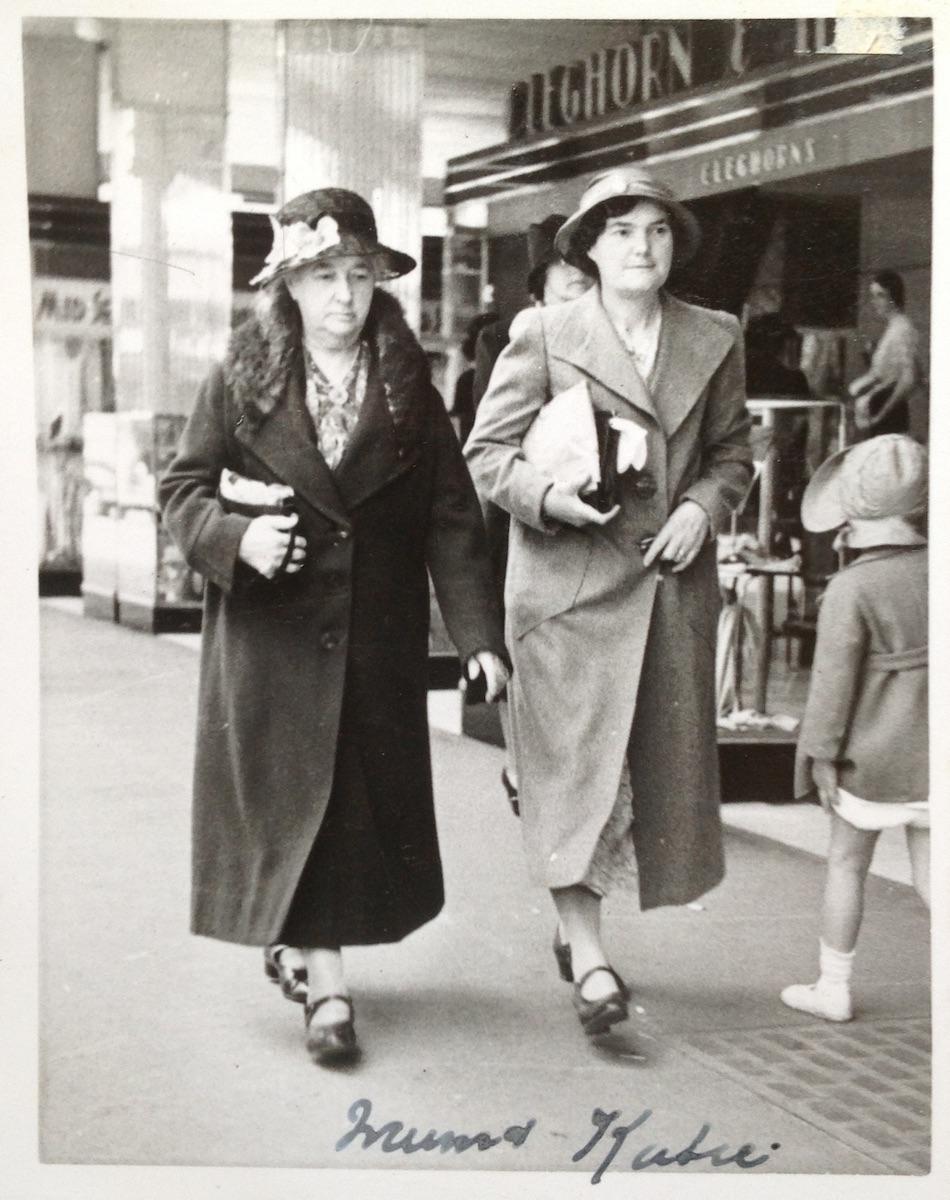 Only a small number of photographers captured their details on the back of the photographs once printed. To date, the author has only identified five such photographic studios, namely:

Pavement photographers were also active in Adderley street in Cape Town as early as the 1930s in that the author has seen some photographs taken of sailors visiting the city.

Today the photographs are of interest in that they provide some insight in terms of fashions of the time, the types of businesses around, shops fronts etc. Shop fronts, which today provides us with a relatively good insight of the shop set-ups and shopping behavior, were unintentionally captured in the process. One of the aspects these images also confirm is that pavements then were neat and tidy unlike the obstacle courses citizens are faced with today. 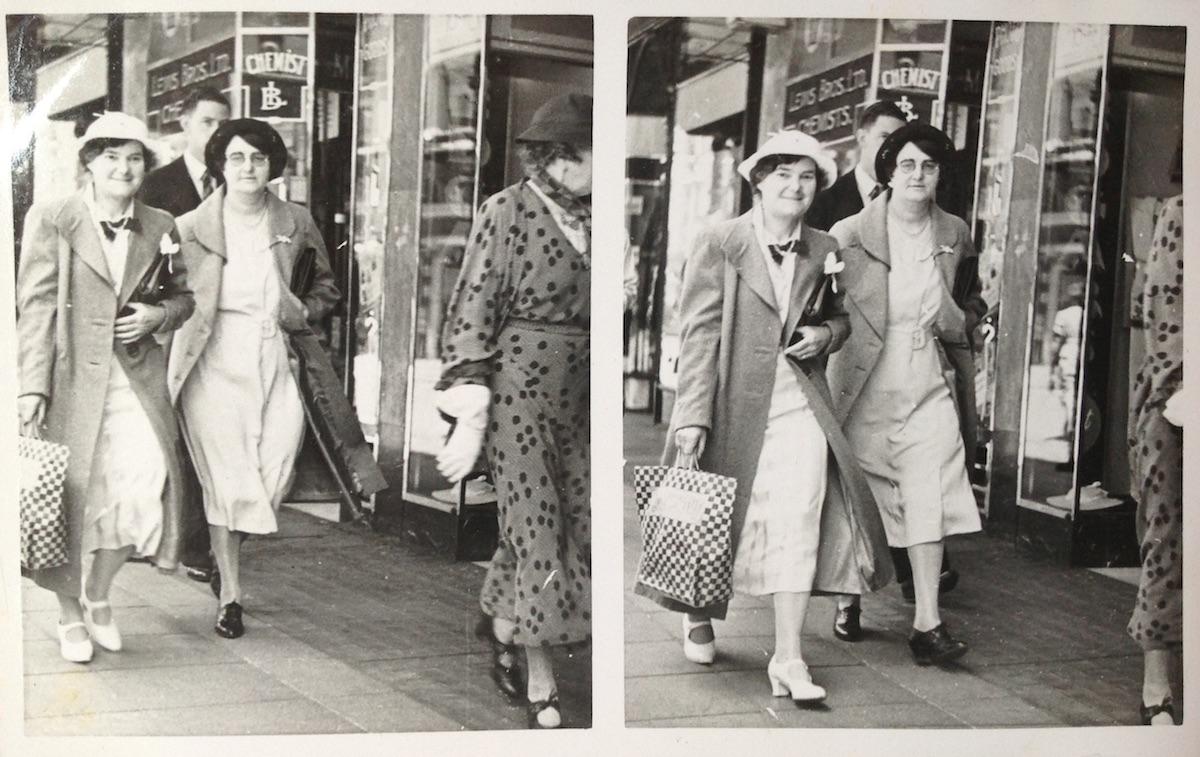 Double photo of mother and daughter shopping via Carol Hardijzer.jpg 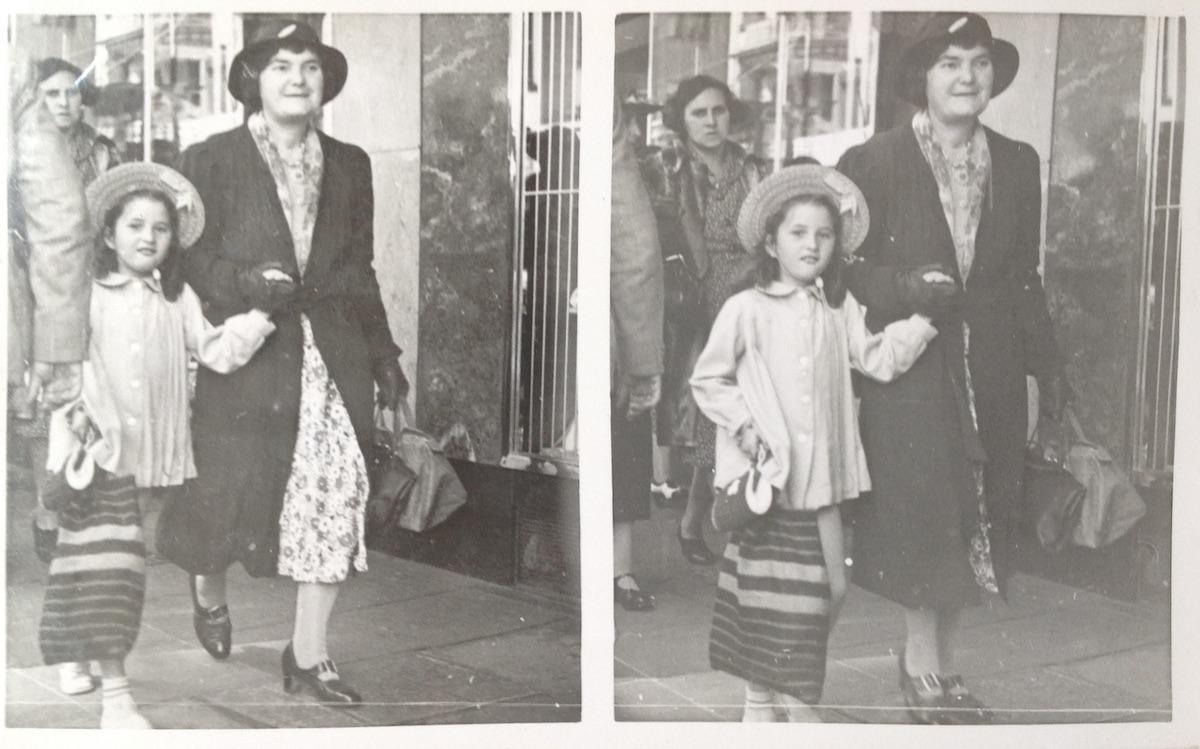 Identified on the images included in this article for example are:

The question arises, what was the “hit” rate? In other words, what percentage of photographs captured daily were eventually purchased by the “pavement strollers”. The author suggests that this figure would be well below 20%.

The search continues in identifying as many South African based pavement photographers as possible.

The next article will focus on another genre of street photography, namely beach photography.

Image taken in front of the photographers studio in Eloff street via Carol Hardijzer.jpg 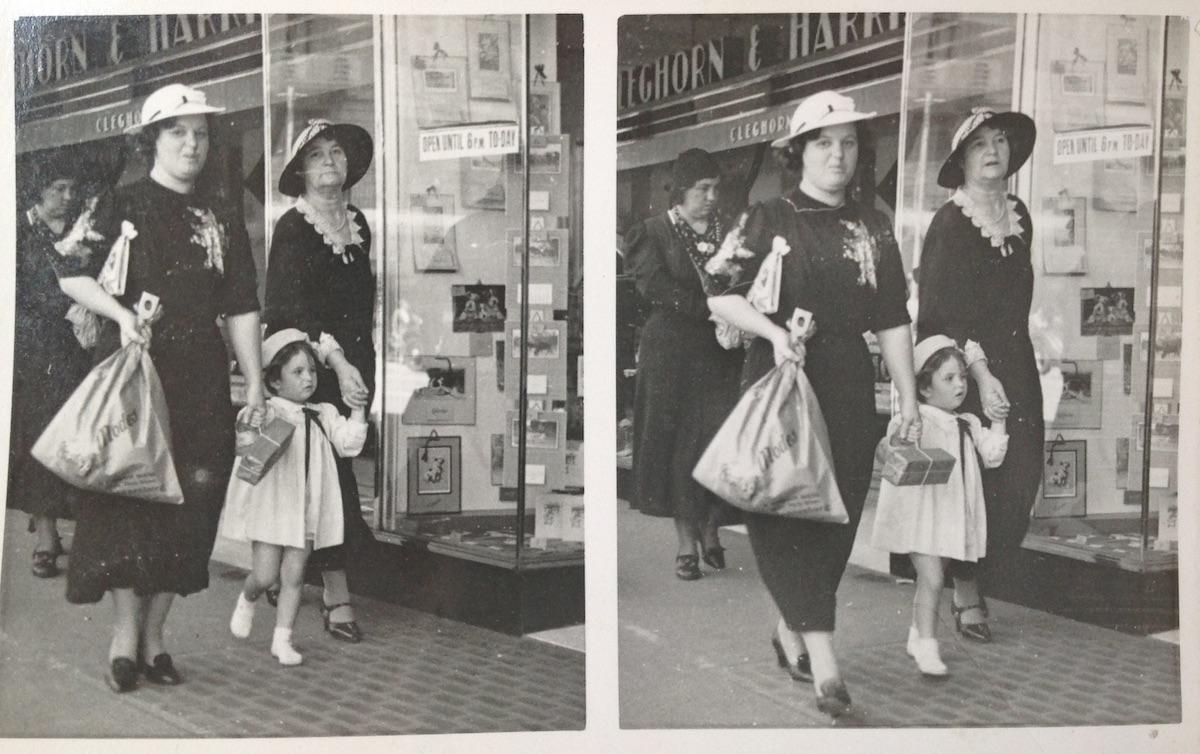 Image taken in front of the photographer's studio in Eloff street