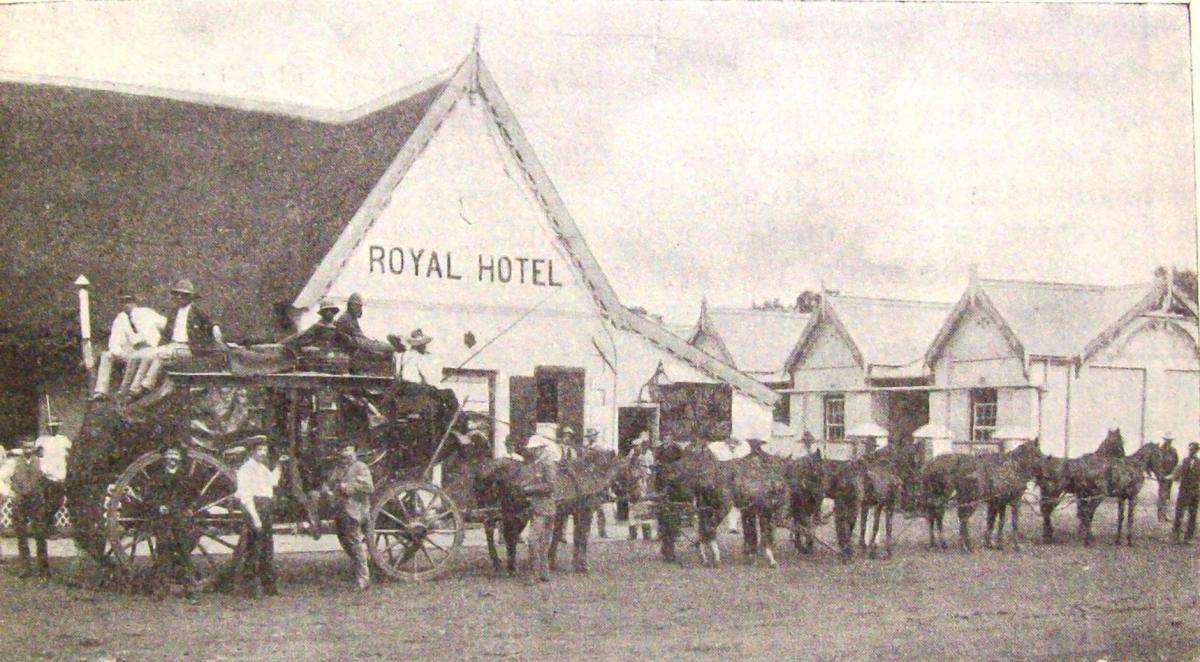 Potchefstroom today is a city, but in the pioneer years they experienced frontier living at its utmost. The Voortrekkers crossed the Vaal River to colonize the area at the end of 1838 and Potchefstroom was proclaimed on 22 December 1838, the first town to be established by the Voortrekkers. In a short space of time it became a frontier town, the last outpost of 'civilization' for travellers into Africa.

The primary aim of the Voortrekkers, or emigrants as they called themselves, was to colonize the area and almost all of them settled on farms. In the beginning therefore, there were no shops where they could buy necessities which they could not produce themselves. Products that they needed were weapons, ammunition, victuals such as sugar, coffee, clothes, medicine and metal ware and all these needed to be imported.  It was only later that itinerant peddlers started visiting farms to sell their wares.

The backbone of the existence of the Voortrekkers was farming. Non-existent roads and a lack of markets meant that that each farmer only produced what he and his dependants could consume.

Under the guidance of Andries Hendrik Potgieter, their leader, the Volksraad prohibited all Englishmen from crossing the Vaal River. English merchants were regarded as political agents. This strict rule was later lifted to allow English subjects to live in towns, but they were not allowed to own property outside the town. Subsequently they settled in town, becoming shop-owners, as opposed to the Afrikaans speaking Voortrekkers who were farmers and landowners.

It was only after Potgieter and a group of his followers left Potchefstroom in 1845 and Andries Pretorius and his group relocated from Natal to the Transvaal in 1847 that the economy of Potchefstroom started to flourish.

With the Sand River Convention in 1852 Great Britain formally recognised the independence of the Transvaal and the country was now open to British traders. British subjects were also, after living in the country for one year, able to buy property.

Immediately after the signing of the Sand River Convention a substantial number of trading licences were issued to British traders. Nobody knows who opened the first shop in Potchefstroom, but trade soon blossomed. According to the Staats Courant in 1860 there were five general dealers, including the well-known Scandinavian, A. Forssman and A.M. Goetz. There were three butcheries, including those of C. Landsberg. Two attorneys did business, B.C.E. Proes and Spruyt & Jeppe. There was also a tinker who made utensils out of metal, a barkeeper and a bakery supplying bread and confectionary. This was also a coffee house.

By 1860 about a third of all the businesses in Potchefstroom belonged to Englishmen and the town was the centre of trade for British merchants in the area beyond the Vaal River. The town was centrally situated, easily accessed and there were good relations between the traders and the Boers.

The Church Square as it appeared in the 1880s. Apart from the building of the Hervormde Church (left), the double story building of Schickerling is visible. This was one of the first double story structures in Potchefstroom. The Karoo-style building just to the left of the pillar in the foreground still exists, although in a much altered style. (Photo: Potchefstroom Museum)

The first hotel in Potchefstroom, the Royal Oak, was opened in 1860 on the corner of Kerk and Lombard Street (Walter Sisulu and James Moroka). It was built by a Mr. Rocher and later the owner was George Coulson. It was also the relay depot for coaches carrying passengers and cargo. The hotel stood on the corner of James Moroka and Walter Sisulu Avenue, where the Royal Building is situated today.

Many of the merchants whose names later became synonymous with the town then opened shops in Potchefstroom. This included the brothers Goetz and the Scotsmen T. and G. Scorgie and R. and W. Daly.

Ernest Jenkins writes in Potchefstroom 1838 – 1938 that newspapers from the time indicate that A. Forssman was willing to buy ostriches and wool for cash. Another firm that served Potchefstroom for a long time was F.W. Reid & Co., who was also interested in buying ivory. This was procured from traders and hunters who went on long and perilous trips to as far as southern Zimbabwe.

At the time the currency was English but in October 1866 a meeting of Potchefstroom shopkeepers decided to accept Government notes as legal tender and to consider them as equal value to coin. The following year coins were scarce and the merchants were advised to issue “good-fors”. A scarcity of notes was also experienced at the time.

In 1866 The Transvaal Argus reported that there were 15 large stores in Potchefstroom. The principal exports from Potchefstroom, which had developed rapidly since the 1850s, were ivory, ostrich feathers, wool, leather and grains. It is estimated that Potchefstroom produced 292 wagon loads of merchandise, each of 3 000 lb. (1.3 tons), whereas the rest of the Transvaal only mustered only 208 loads.

In 1870 Potchefstroom experienced a new phase of economic progress. This appears from the trading licences issued in that year. Licences were issued for 62 shops, 11 builders, 17 butchers, 23 itinerant traders, 32 liquor licences, 4 auctioneers, 3 attorneys and 4 bakeries.

The town, being the previous capital of the Transvaal, was the best known town north of the Vaal River. Potchefstroom not only traded with the hinterland of the Transvaal, but also with many seaside towns and harbours.

The discovery of minerals in the country gave an even bigger boost to the Potchefstroom economy. After the discovery of diamonds at Du Toitspan (Kimberley) in 1869 Potchefstroom was a relay point for a mail and passenger coach service from there to Pretoria and back. Wagon loads full of produce left Potchefstroom destined for the market in Kimberley.

After the discovery of gold on the Witwatersrand Potchefstroom received a new stimulus to its economy. The town was a thoroughfare for prospectors on their way to the new gold fields. Within months the Witwatersrand created a large market for fresh produce. Loads of oranges, dried fruit, tobacco, cereal, biltong, skins and brandy left Potchefstroom for the goldfields.

The hostilities of the First Anglo-Boer War had a devastating effect not only on the town, but also on the economic activities of Potchefstroom.