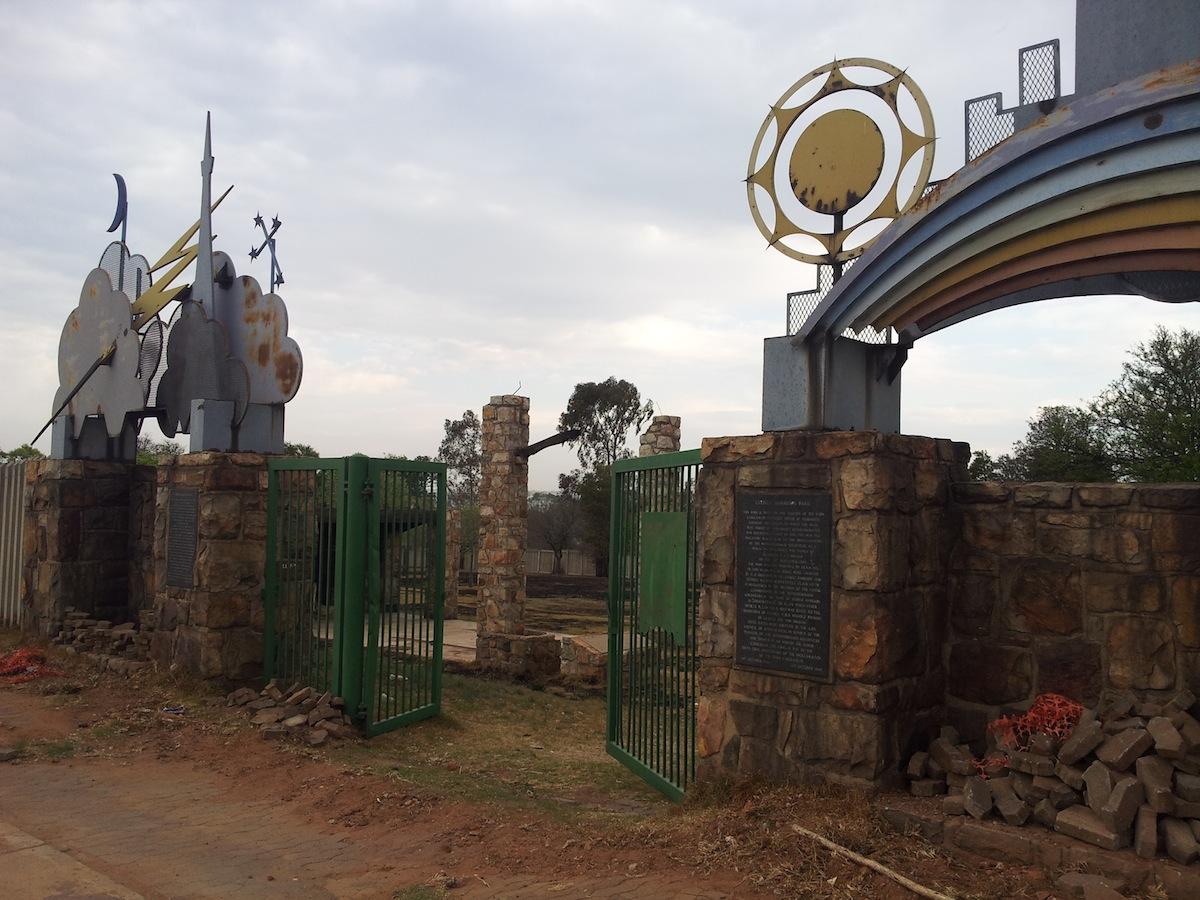 A few weeks ago (late September 2013) we paid a depressing visit to George Harrison Park in Langlaagte, the site of the discovery of the largest gold field on earth. The Geological Society's Blue Plaque has been removed, building rubble is scattered around the main entrance, the panels revealing the significance of the site have been damaged by fire and the main memorial looks battered to say the least. It is incredibly sad to see one of the most important heritage sites in South Africa looking so neglected. 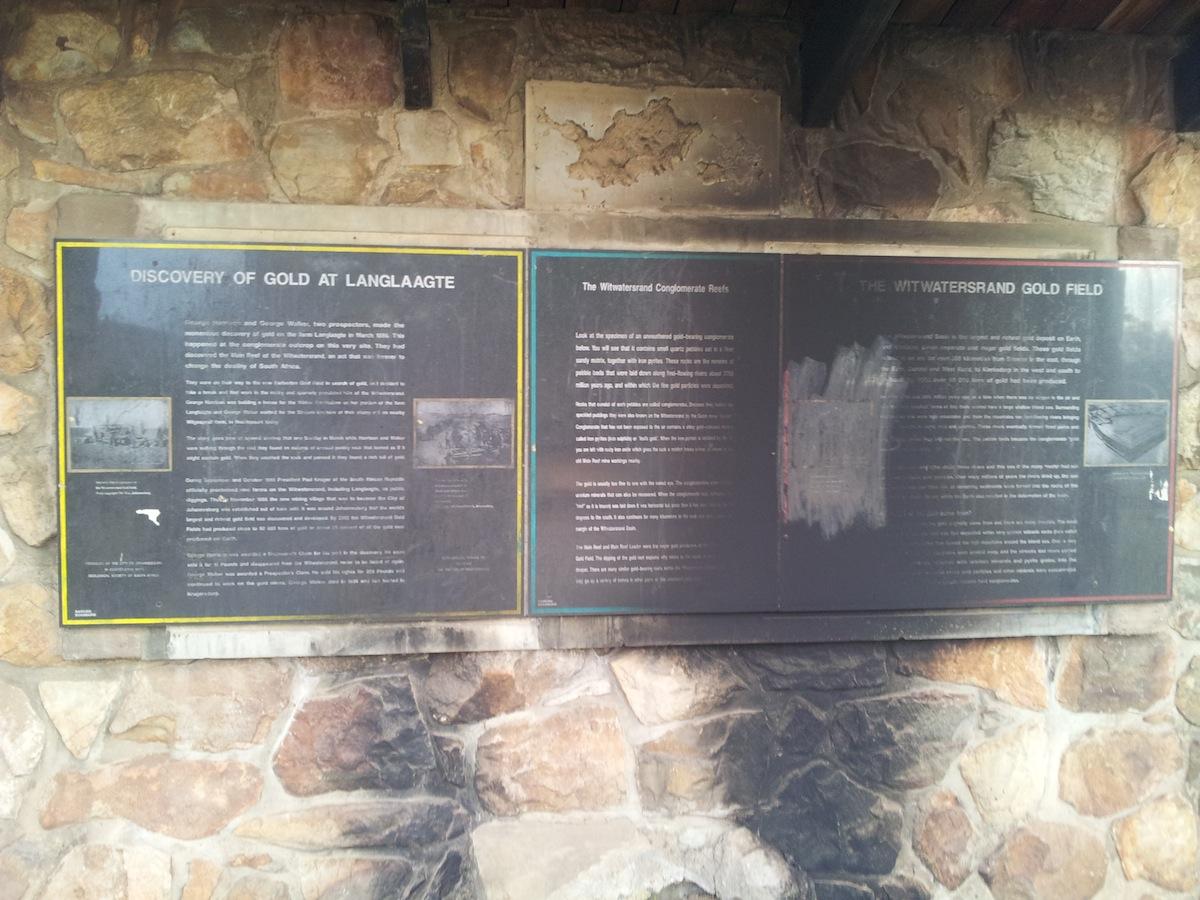 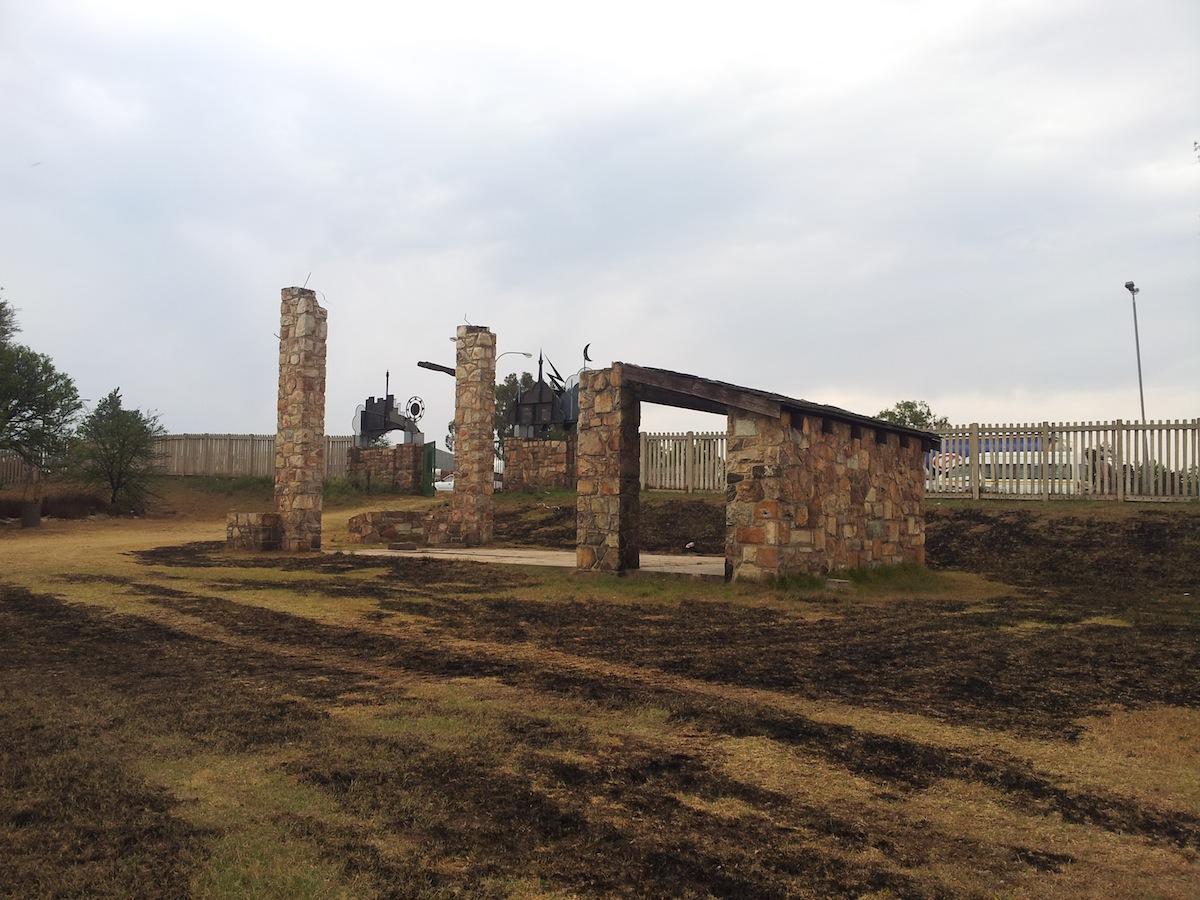 The poor state of the site is not a recent phenomenon. Residents and tour companies have been complaining for years while authorities continue to grapple with problems like vandalism and fire damage from vagrants in a resource scarce environment. (Some may remember drastic measures having to be taken by Eric Itzkin, the Deputy Director of Immovable Heritage, to save the Langlaagte Stamp Battery that was being used as source of firewood. Thankfully the Battery stands proudly in the Main Street Mining Mall today.)

In 2010 things were looking up as City Parks, in association with Central Rand Gold, announced a R5 000 000 plan to revive the site over five years. The following passage appeared on the City of Johannesburg website:

...and now the park, named for Harrison, will undergo a dramatic upgrade befitting its important place in Joburg’s history. Taking place over five years, the changes will be part of the urban landscape, heritage and greening initiatives that have been undertaken by City Parks as part of its environmental and heritage conservation strategy.

The area will be restored and developed. It eventually will have designated pathways surrounded by lush grass and trees; a small play area for children; a mining headgear and viewing deck; and a museum, showcasing the area’s historical value.

The only thing we noticed on our visit was that the viewing deck had been erected. We will attempt to get feedback from City Parks on the status of the project.

Old Mine Workings and Deck - The Heritage Portal - 2013.jpg 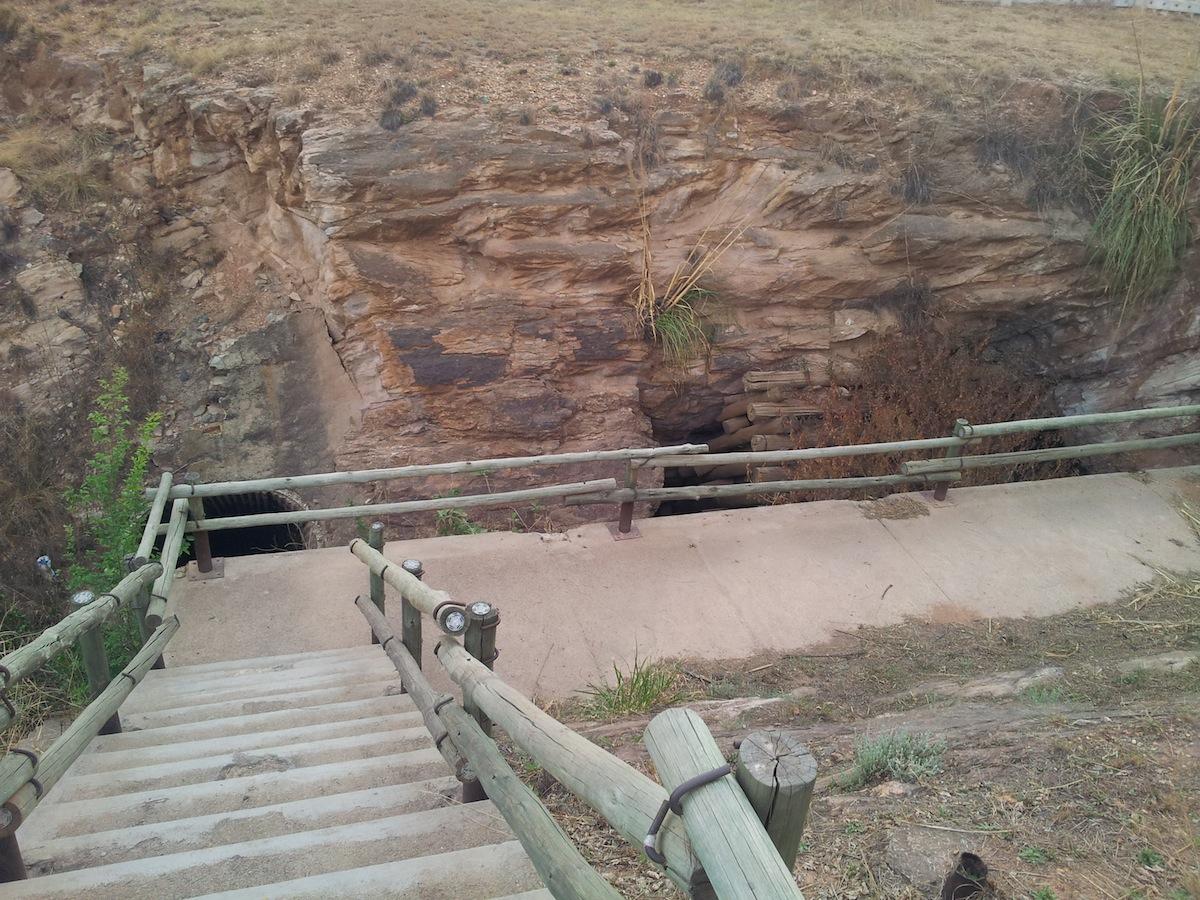 Old mine workings and decking for visitors

The site would have looked even worse were it not for the efforts of Piet Nel earlier this year. He led a tour which began at the Park and was ‘disgusted, ashamed, shocked and furious’ with what he saw. The grass was long, litter was everywhere and the actual mine workings were so overgrown that they could barely be seen. Instead of doing nothing, he picked up the phone the following week and explained the importance of the site to City Parks officials. Within a day a City Parks team was deployed and great work was done to clear the workings and tidy the site.