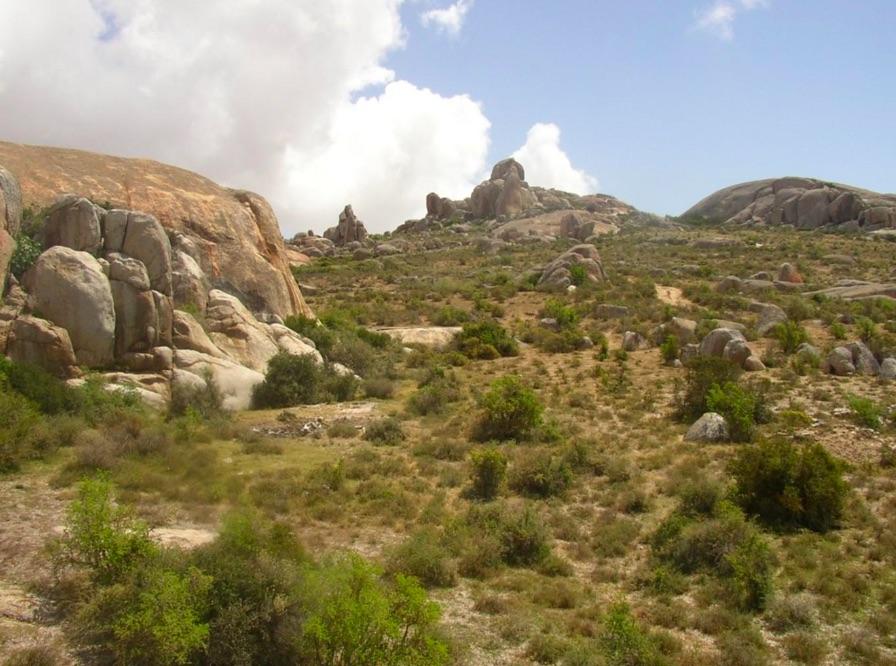 Standing on the beach at Paternoster, looking inland with the waves breaking behind you, is the skyline dominated by Kasteelberg. It is only 4km away and was a convenient camping location for the early herders using the site to have access to the rich marine resources of the West Coast. And use them, they did: young seals, shellfish, etc. were not only a major part of their diet, but seal fat was used, mixed with red pigment (ochre) as body covering, much as the Himba of Namibia and the Maasai of Kenya do today. How do we know? Around the major site location, Kasteelbeg ‘B’, are over 140 grooves in the granite bedrock (see image below). We also have portable versions of these grooves, and every one found in the excavation is ochre-stained. 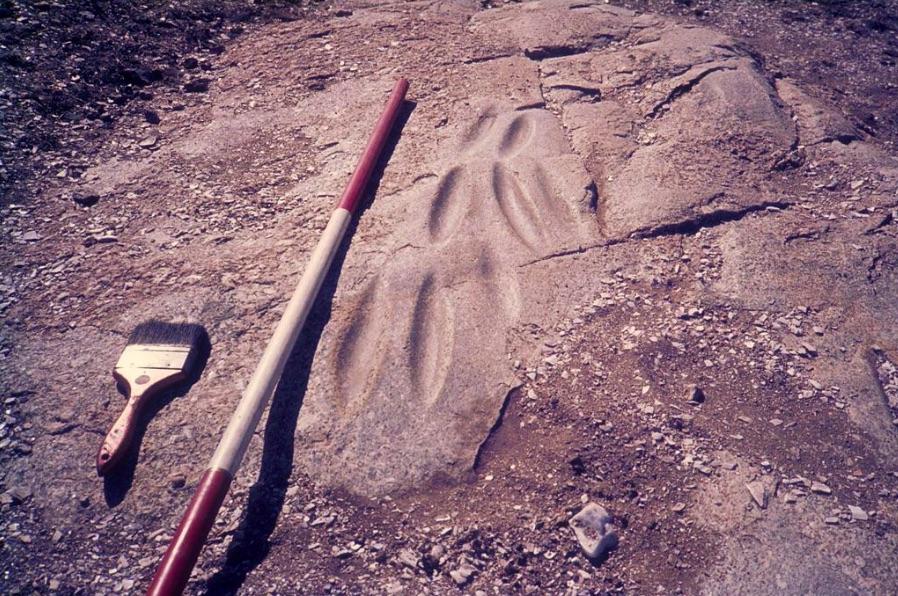 Kasteelberg is a collection of 36 discrete sites, of which only six have been excavated. The kopje was occupied by Middle Stone Age hunters some 30,000 years ago, but the main occupation is much later, after 1800 years ago. It was intensively used, so much so that an enormous amount of shell and bone has led to the suggestion that it was a place herding people aggregated to after the rains when there was plenty of forage for their animals and were able to hold communal feasts. This practice is also done by herding people in the rest of Africa today, and is when courtship, marriage, naming ceremonies, etc. take place. Ritual sacrifice also took place. We found a young lamb skeleton covered in ochre, while the surrounding bones had no ochre staining.

Kasteelberg is by far the richest herding site in the Western Cape, dating mostly to the first millennium AD. The sites are named in sequence of excavation: KBA, at the top of the hill has produced the oldest herding date of 1800 years ago. The richest site is KBB at the bottom of the hill, dated between 1300-800 years ago. There is a break in occupation of 140 years around 1000 BP at this site. KBC is a small cave which shows two occupation periods: one before 2000 BP, obviously used by hunters because the main fauna are small buck, followed by a second period around 1200 BP with sheep.

The break at KBB is significant as it is during that period that changes took place in the herding life. Before the break the herders were shepherds with very few cattle. They used spouted pottery, presumably for pouring, but this becomes lugged ware in the second millennium AD where ears with holes through them must have facilitated suspension (or carrying) this time along with cattle herds that could be used for transport. Lugged pottery was described as being used by the Khoekhoen by the early colonists. Analysis of residues in pottery sherds show that they were used for rendering marine mammal fats. This would support the idea of these fats being used as body adornment when mixed with red ochre.

Changes in pottery styles from spouts to lugs in the Vredenburg area via Andrew Smith.jpg 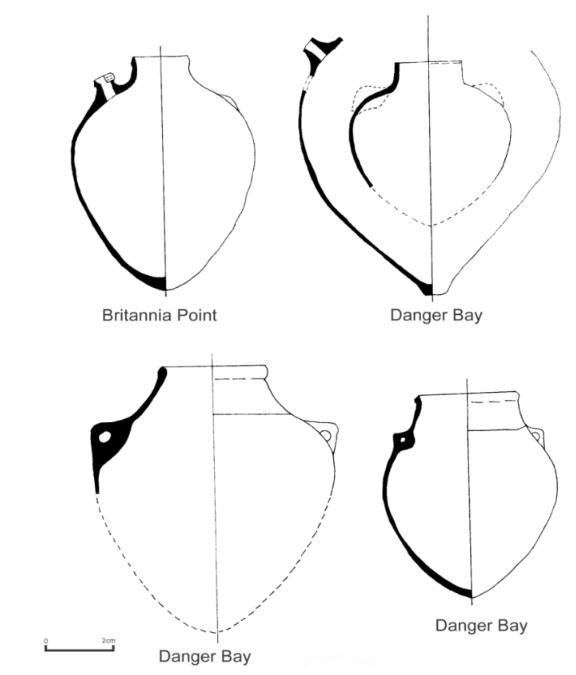 Changes in pottery styles from spouts to lugs in the Vredenburg area which occurred c.1000 BP

The increase in cattle herds which takes place after 1000 BP poses an archaeological problem. The herders with their bulk grazers had to become more mobile in order to find pasture and maintain herd quality. This means they moved camp very more frequently, and because their equipment was mostly organic, they left a minimal signature on the ground, especially during the colonial period when they become almost archaeologically invisible. So, without the Dutch records we would not know where they lived. The herding economy, based on bulk grazers, has been demonstrated by Judy Sealy who did isotope analysis of human skeletons before and after 1000 BP along the south coast. She found that before that date the skeletons showed a browse pattern (C3) from hunted animals. Afterwards, the isotopes were C4 (grazing), which probably meant milk drinking from the cattle herds. When Bartolomeu Diaz arrived in the Mossel Bay area where he landed in 1488 he called the place ‘Angra dos Vaqueiros’ (The Bay of the Cows) because of the large herds he saw there. We thus have an identity for the historic Khoekhoen: cattle herds and lugged pottery, but only after 1000 BP.

We are not sure where the Khoekhoen obtained their cattle in large numbers. One possibility is that around 1000 BP was also the expansion of the Later Iron Age among farmers in the Eastern Cape, and Xhosa chiefs were called Chobona and given prominence in the hierarchy of the Khoekhoen in the Western Cape. Their cattle herds grew at the same time, which was also when trade between the two areas increased, especially in iron and dagga from the east, and probably copper from the west.

Only one human skeleton has been found at Kasteelberg. It was a young girl excavated at the bottom KBB, dated to 1300 BP. We were fortunate to be able to extract mtDNA (female) from her and she shows the history of herding society, not only at the Western Cape, but also from the rest of Africa. She has a dominant southern Bushman genome signature, so we have to ask, why was she buried in a herder site? The most likely answer is that female Bushmen contributed to her genome. The way this could have happened would have been by incoming male herders taking local hunter wives. Who were these immigrant males? The young girl offers an answer: she shares 40% of her genome with a herder skeleton from Tanzania. Thus, we have an East African connection.

But the story goes even further. The East African skeleton also has a Levantine connection, i.e. from Palestine. This tells us that the genetics of the little Kasteelberg girl follow the track of domestic animals all the way from their original place of domestication in the Near East, entering North Africa and the Sahara 8000 years ago, on to East Africa 4000 BP, and finally to southern Africa after 2000 BP.

Kasteelberg, thus gives us important clues to where African herding societies connected with each other, and the source of the domestic animals, as well as the first herders arriving in the Western Cape with sheep working closely with local hunters. Local wives probably showed them how to use fynbos medicinal plants, as well as potentially lethal plants which could have been poisonous to their stock. The Kasteelberg occupants could also have learned how to take advantage of the marine resources from local folk.

Kasteelberg is very rich in material remains, but even after 10 years spent excavating the sites, we have really only scratched the surface. So much more remains for future archaeologists who will have new questions to ask about Khoisan heritage, and how Khoekhoen developed. It is crucial that the site be preserved for the next generation of researchers, especially as new techniques will be invented to improve how we gather and analyse our data, as seen in the recent importance of ancient DNA to our field of study.

There is a proposal to declare the site a Provincial Heritage Site. Click here for details and here to submit your comments.

More information can be found in Prof Smith's book: First People: The Lost History of the Khoisan. It can be obtained online and at Exclusive Books. There is a proposal to declare the site 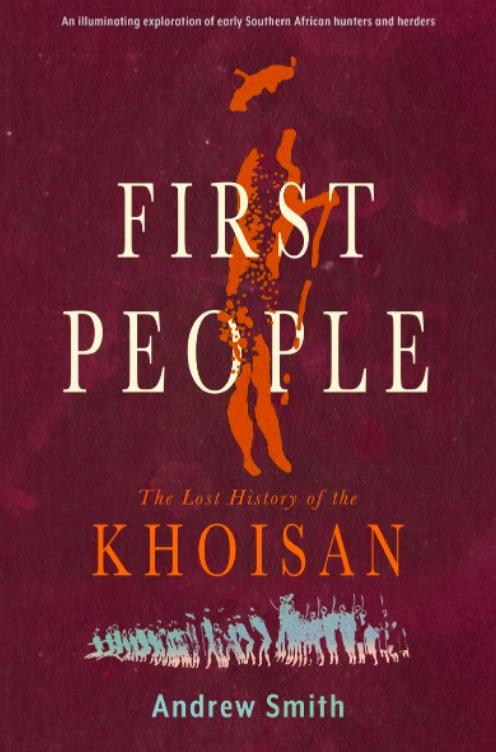 Main image: Kasteelberg ‘B’ site excavation in the foreground. KBA below the top right of the picture, and KBC under the peak in the centre.

About the author: Prof Andrew Smith is an emeritus professor in the Dept. of Archaeology at UCT. He holds a PhD from the Univ. of California, Berkeley (1974). He taught in the USA and Ghana, before taking up the position at UCT in 1977. His interests are in the origins and development of herding societies of Africa. He has excavated in the Sahara and in Southern Africa, and has worked with Tuareg pastoralists in Mali, and Khoekhoen descendents in South Africa. He has also worked with Ju/’hoansi Bushmen in Namibia, who offer examples of hunters in transition to becoming food producers, with interesting insights into the difficulties this entails in going from an essentially egalitarian society, to one where private ownership is accepted.