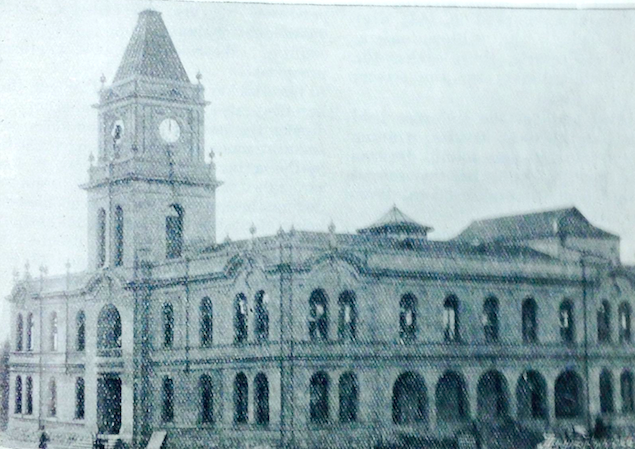 Below is an 'eye-witness' account of the opening of the Krugersdorp Town Hall Clock in 1908. The account appeared in the June 1908 edition of the South African Railway Magazine. It is interesting to see Mr Collins make good use of a splendid public relations opportunity. Thank you to the Heritage Office at Transnet for giving us access to their archives.

On Wednesday the 15th of April, a most enjoyable and interesting function opened by the Mayoress was carried out in Krugersdorp in connection with the erection of the magnificent clock and chimes presented by Mr Abe Bailey, M.L.A. The clock was supplied by Messrs List Brothers, of turret clock fame, and personally erected by Mr Louis Collins, one of the partners of that firm. Mr Collins personally invited about a hundred prominent citizens to be present at the starting of the clock, and on the invitation card (which contained a photo of the clock in course of erection), was a short and sweet programme. The company assembled by 11.45 a.m., and the Mayor in a few appropriate remarks thanked Mr Bailey on behalf of the town for his handsome gift.

At noon, Mr Collins, chronometer in hand, requested Mrs. Von Blommenstain, the mayoress, to ascend the chair and cut the Ribbons releasing the clock. The gold scissors, presented for the purpose by Messrs. List Brothers, were handed to the Mayoress by the two-year old daughter of Mr. Louis Collins, and as the silk ribbon was severed the clock began to work, and the chimes and hour boomed forth to the satisfaction of everyone present.

The toast of the afternoon was the health of the clock, proposed by Mr Collins, who had erected it. Mr Collins said that it was one of the finest clocks he had ever erected, and he was sure it would do its duty well. Mr Collins pointed out that a public clock of this kind should be a good one, made and erected by a reliable firm, otherwise the clock would be a source of annoyance. He referred to the disadvantages of experimenting, and was pleased that Krugersdorp had not experimented as the Johannesburg Municipality had with their gas engines, but had accepted the advice of a local firm of expert clockmakers who were willing to guarantee the clock without reference to arbitrators. 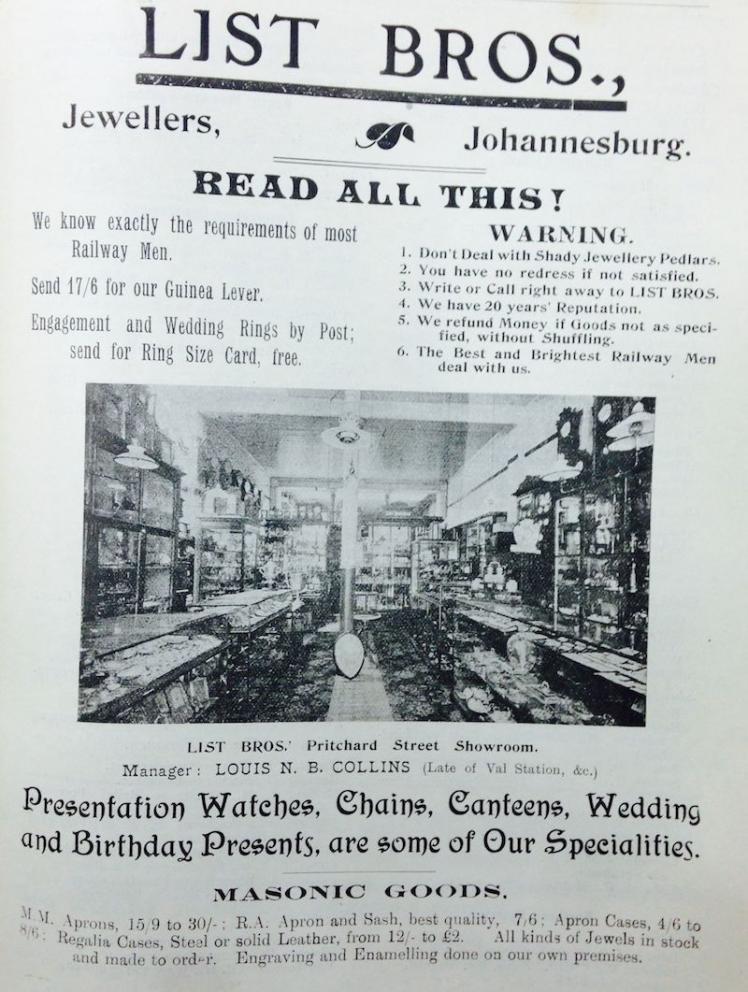 With regard to its time keeping qualities; the clock was set going on the 15th inst., and on the 23rd, or eight days afterwards, the clock at Krugersdorp struck simultaneously with the Johannesburg Post Office Clock as heard through the telephone. 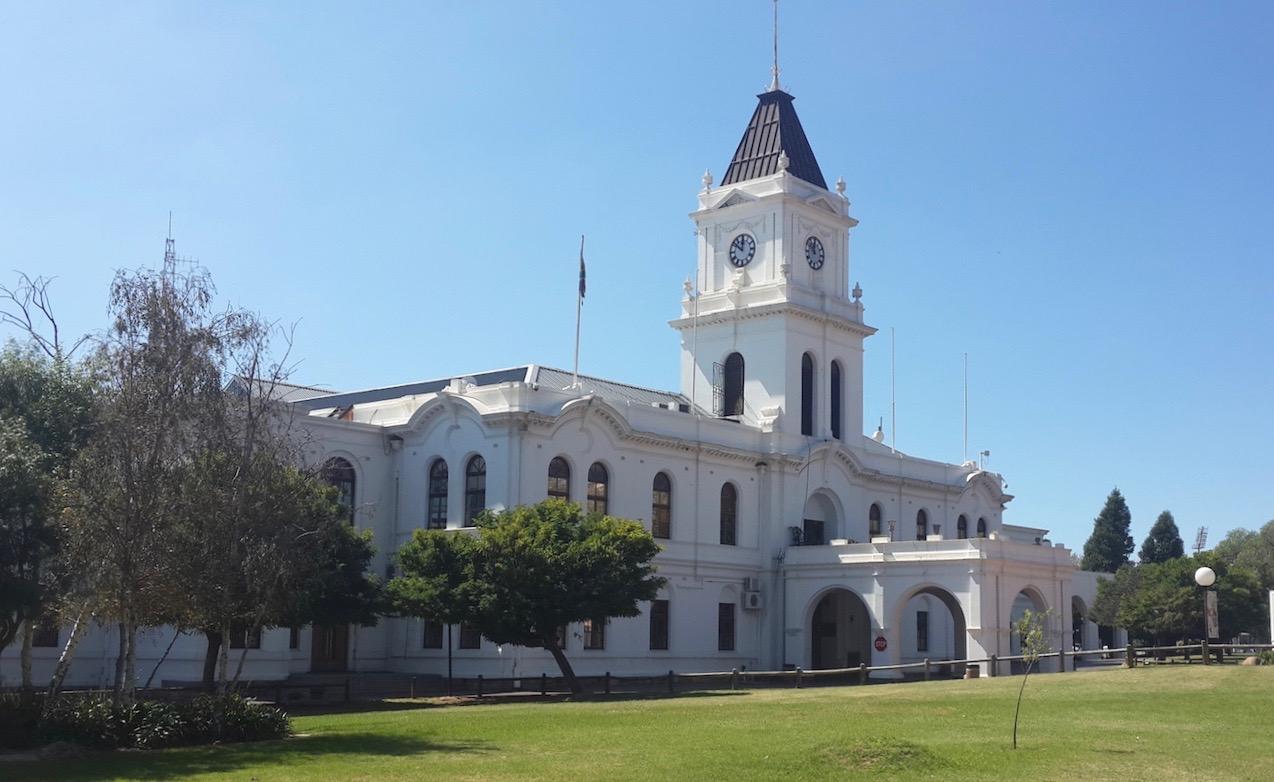