A horologist, but much more 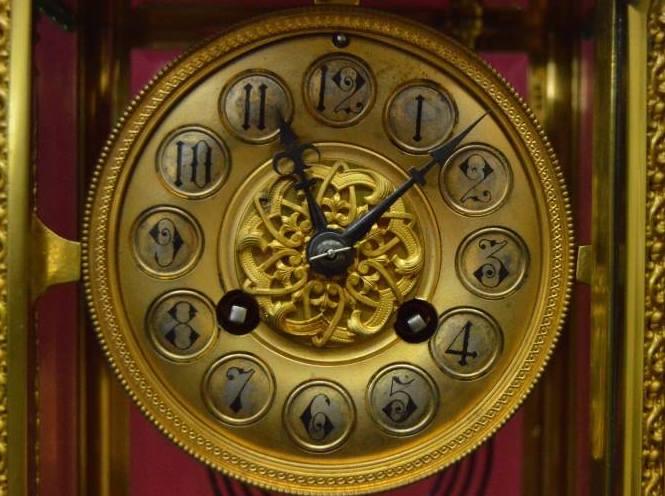 Watchmaker Cornelius Lehr is dressed in a neat beige tunic shirt and dark pants, with a trim salt and pepper beard. But I suspect that under this immaculate appearance lurks a free-thinking hippie.

However, what I don’t need to speculate about is that he is an expert craftsman, or, in his words, “a Jack of all trades, a master of one”.

Cornelius describes himself as an “antiquarian horologist”, a specialist in the making and repair of antique time pieces.

I had gone to visit him to drop my beloved 30-year-old wall clock for repairs, and to collect a 100-year-old pocket watch he had repaired. I am thrilled with how the watch looks and works. As he explained the intricate work he put into its repair, I get a greater appreciation of his craftsmanship. Two tiny springs had to be replaced, as well as its glass cover. It was given new hour and second hands, and the balance wheel jewel was replaced. I feel privileged to own such a beautiful time piece.

I look around his workshop. its nooks and crannies are packed with small sets of drawers containing watch tools, old cigarette boxes filled with tiny watch bits, and glass bottles and jars are bursting with watchy things. Glass display cases contain clocks, while grandfather clocks line one wall. High shelves are stacked with unusual-looking clocks, and a door is decorated with rows of watch spanners of all sizes. 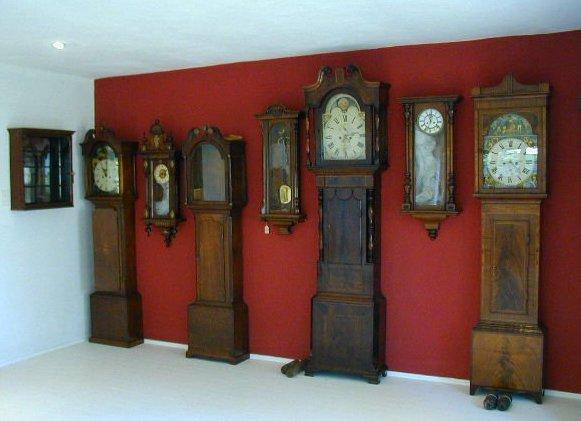 Two clocks catch my attention. One is a 60cm gilded bronze figurine depicting Toussaint L'Ouverture, a freed slave who became the governor of Haiti after a revolt against the island’s French occupiers in the late 1790s. One hand holds a long curved pipe in one hand, while the other rests on his large belly, on which the clock face sits. The pendulum is a nodding head with a broad smile.

Alongside it is a gilded bronze Orpheus figure, leaning against a clock and holding a harp, with a lute propped up against the other side of the clock.

A third figure stands alongside these two, depicting a Samurai in full costume. It isn’t a clock but is in for replacement pieces, which Cornelius will make.

I would call this a master of many, not just master of one. 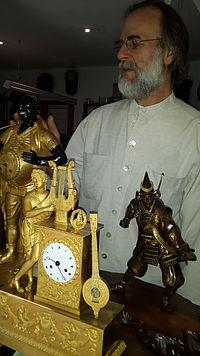 Craftsmanship is in his genes, he says. His father was a printer, candle maker, enamel expert, and at times ran a bakery and dabbled in rug making. His grandfather was a metal spinner, which means he made pots and pans. His grandfather had always said to him that he should “master the machine, don’t be mastered by the machine”.

Cornelius likes to call himself an “artistic craftsman”, and that seems a perfect description. He writes on his website: “I am, however, very specific, for me quality is at the top of my list.” He says he is able to remake missing or severely worn parts in the style of the original.

“All of my work is done painstakingly by hand and demands not only the use of traditional methods or ancient recipes, but a high level of discipline and concentration in becoming one with the piece.”

He loves that each piece that comes in for repair and restoration takes him on a path of discovery. “I have an insatiable curiosity to find out what methods and disciplines those clockmakers of old used, to create these unique and fascinating mechanisms.” This means he endeavours to restore each piece using the original clock maker’s methods.

From Scotland to Joburg

Cornelius was born in Aberdeen, Scotland but moved to Yorkshire at the age of three. There he was raised in a community of skilled craftspeople and artists. As a 13-year-old schoolboy he took his first watch to pieces because “I was fascinated by small mechanical objects and how they worked”.

After school he became an apprentice in watch- and clock-making in Switzerland. He went on to win the Swiss national championship and took gold in the world championship in horology in 1977. In 2012 he was appointed a Fellow of the British Horological Institute.

He arrived in South Africa in 1980 and is married to accomplished ceramicist Kim Sacks. They have two daughters, a fine artist and a musician.

Now, after 40 years of this creative work, he relies on intuition, and “conversing with the pieces – it becomes a fine art”, he reflects.

Cornelius takes me on a tour of his three-quarter-acre property, running up the Westcliff ridge. In the lush garden, with the fragrance of yesterday, today and tomorrow bushes, and a glorious jasmine hedge, sits several other single-room workshops. One contains a homemade forge, another a woodworking bench, in a third he does locksmithing.

Cornelius also designed and built a long building behind his conventional house on his property. Downstairs is his large workshop, and upstairs are two bedrooms. The best feature is a long balcony, where the family sits and watches the sunsets. Kim has designed different decorative patterns around each window, finished in a rich terracotta colour. 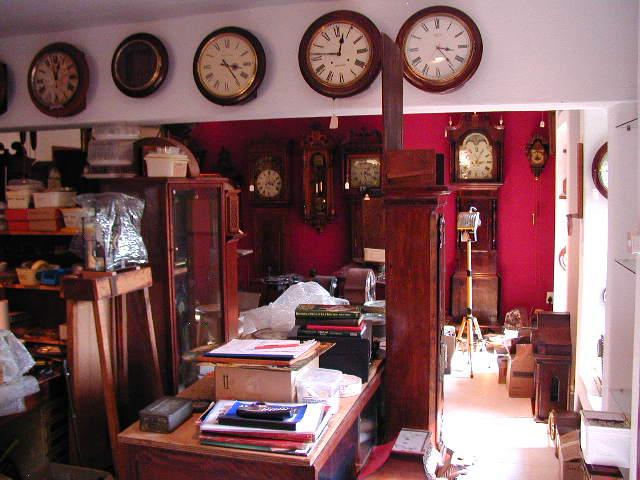 I ask him what it takes to be a horologist. You have to have “golden hands”, he says. And what are golden hands, I ask? “Golden hands are hands that have a fine fingertip feeling and can fix most things, as opposed to ‘all thumbs’.” Pretty much the same requirement for eye surgeons, or people making or repairing cameras that can be inserted into our arteries, he explains.

What would he be if he weren’t a horologist? I ask. A kinetic sculptor. And what is that? “Kinetic sculptures are animated or moving sculptures.” No more questions now, as I ponder that.