The Founding of Potchefstroom 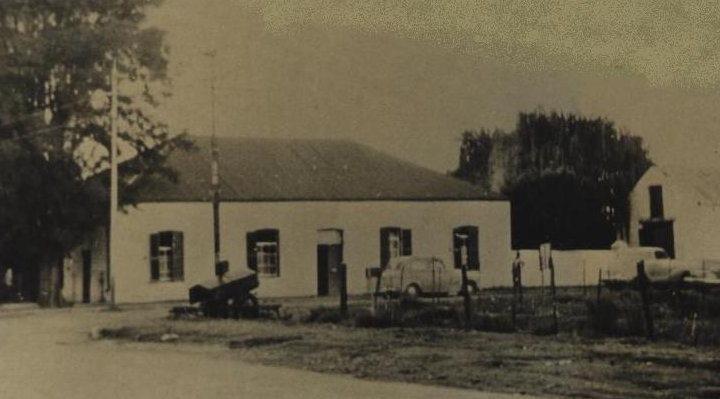 Although it has been severely contested, it is generally accepted that Potchefstroom is the oldest town founded by the Voortrekkers north of the Vaal River and that it was founded in 1838. The Mooi River area was well-known to Andries Hendrik Potgieter, the founder, when his party of Voortrekkers, or emigrants, as they were known at the time, settled here. Potgieter first saw the area during the winter months of 1836 and he passed through the area again later when on commando against Mzilikazi. Due to the beautiful stream of clear water (Mooi River) and the fertile soil on the banks of the river Potgieter decided to settle here. It is said that he planted a willow tree on the banks of the Mooi River indicating the place where he wanted to settle.

His scouts, which were sent ahead of the larger group, however, chose an area about 11 km upstream from where Potgieter was said to have planted the tree. This is where Potgieter’s group settled in 1838.

The official history of Potchefstroom, written by Prof Gert van den Bergh, accepts the official founding date as 22 December 1838. This is due to a newspaper report that appeared in the ‘The Natal Advertiser’ in 1921 which said “Old Mr Barent Swart, of Klerksdorp, furnished me many years ago with . . . an exact date of its founding. His words were: ‘Oudedorp was proclaimed a dorp on December 22, 1838." By the time this was written the town was relocated and the first settlement was known as Oudedorp (old town).

In 1988, the year the 150th anniversary of Potchefstroom was celebrated with much pomp and circumstance, a Great Trek Conference was held in Potchefstroom as part of the celebrations. At this conference Prof Piet van der Schyff, a colleague of Prof Van den Bergh, argued that Potchefstroom was only founded in June 1839, more than eighteen months later than what was previously thought. The yearlong festival celebrating the 150th anniversary, he said, was far too early.

This caused a huge furore and a subsequent tug-o-war in the Potchefstroom Herald between the two venerable professors. The celebrations, however, went ahead.

The initial chosen location for the town was found not to be suitable. In 1841 the Adjunct Raad decided to relocate to where Potchefstroom is today. No conclusive reason could be found for the move, but it is accepted that due to heavy rains the low-lying area became waterlogged and the emigrants were not able to plant crops.

Magistrate J.H. Grobler was tasked to lay out the new town and Mr Gert Kruger, a relative of the later President Paul Kruger, was commissioned to dig a water furrow. His payment was the previous (abandoned) settlement. This is currently known as the Oudedorp area, but also included parts of the farms Koloniesplaas and Witstinkhoutboom.

Potchefstroom was named after its founder, Andries Potgieter, hence the syllable ‘Pot’ in the name. ‘Stroom’ came from the Mooi River, but about the origin of the ‘chef’ there has been much speculation. It is generally accepted that it was inserted because Potgieter was the leader, chief or ‘chef’ of the Voortrekkers. Another explanation is that people with the surname of Potgieter was nicknamed ‘Potscherf’, an alternative spelling of the name. Combined with ‘stroom’, this was difficult to pronounce and the name later became Potchefstroom instead of Potscherfstroom, which has been used to a certain extent in the early years.

This is how the market square of Potchefstroom appeared in 1854. The painting is by Marianne Churchill. This is in all probability the old market square that was situated on the corner of&nbsp; the current Walter Sisulu Drive and Retief Street.

Main Image: This house, dating from 1853/4 is the oldest house in Potchefstroom. It stands on the corner of Walter Sisulu Drive and Jeugd Street. It was not built by him, but W.D. Pretorius acquired the property in 1888 and his family lived in the house for many years. It was declared a Grade II Provincial Heritage Site in 1987.