All Blacks in Hermanus Seventy Years Ago 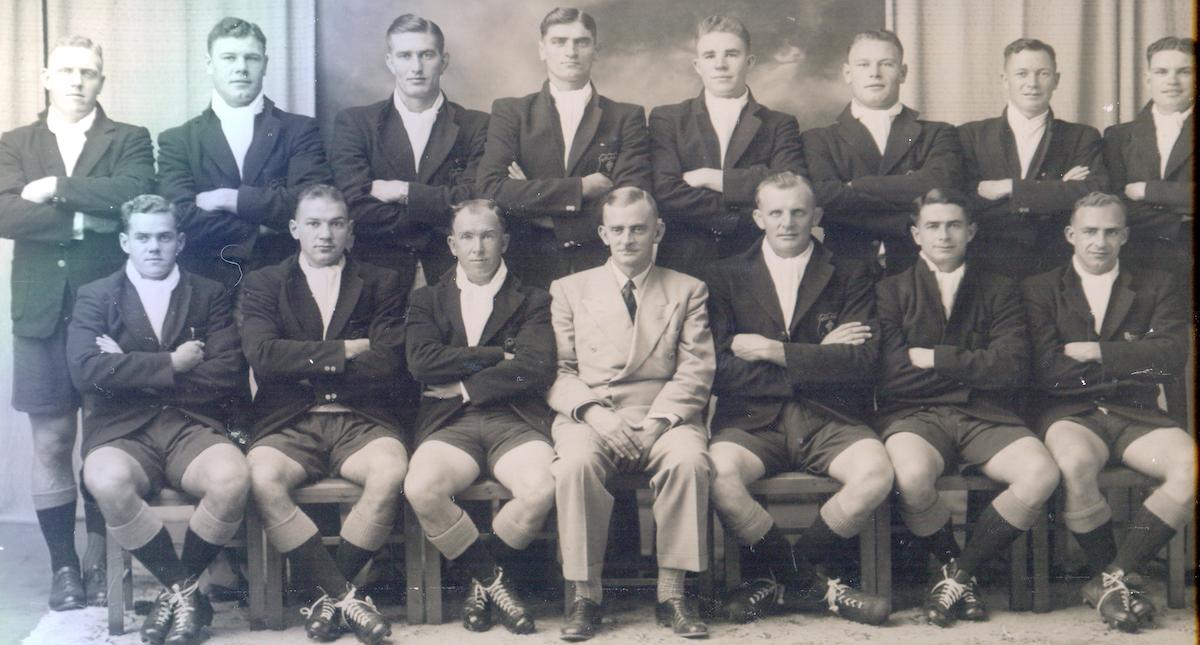 We are used, now, to the rugby players of Western Province and the Stormers visiting Hermanus for training at the start of the annual competitions. Like any other sporting codes coming to our town to exercise and train, they bring revenue into many businesses and boost the image of health, outdoors and ‘clean air’ that attracts many other tourists as well.

But I suspect that not many readers know that the first training visit of a rugby team to Hermanus was 70 years ago this year, was unplanned and involved the mighty All Blacks at the start of their tour in 1949.

The 1949 tour was the first since the end of World War II and thus was keenly anticipated by rugby enthusiasts in South Africa. But, things went awry from the start. The SA Rugby Board asked the New Zealand administrators not to select Maori players, as this would conflict with South Africa’s very recently implemented policy of apartheid. Naturally, the request and response could not be kept a secret, and opposition to the tour grew in New Zealand.

The NZ rugby authorities responded by organising a simultaneous tour (previously unplanned) by a Maori team to Australia, and by stating publicly that the three Maoris who might have taken part in the South African tour, would be earning international caps as members of the Maori side.

Both tours took place at the same time, and (as if to punish the NZ administrators), separate test matches were organised against Australia and Rhodesia on the same Saturday, though in different countries. New Zealand lost both tests, meaning that this was the only time that two different NZ international rugby teams lost on the same day.

There was a second problem. The All Black team travelled to South Africa by boat, a journey lasting 26 days. When they arrived in Cape Town, the All Black officials complained publicly and to the local rugby administrators about the facilities on the ship. More specifically, they maintained that the vessel had too little space for them to keep up their fitness and practice their moves effectively. 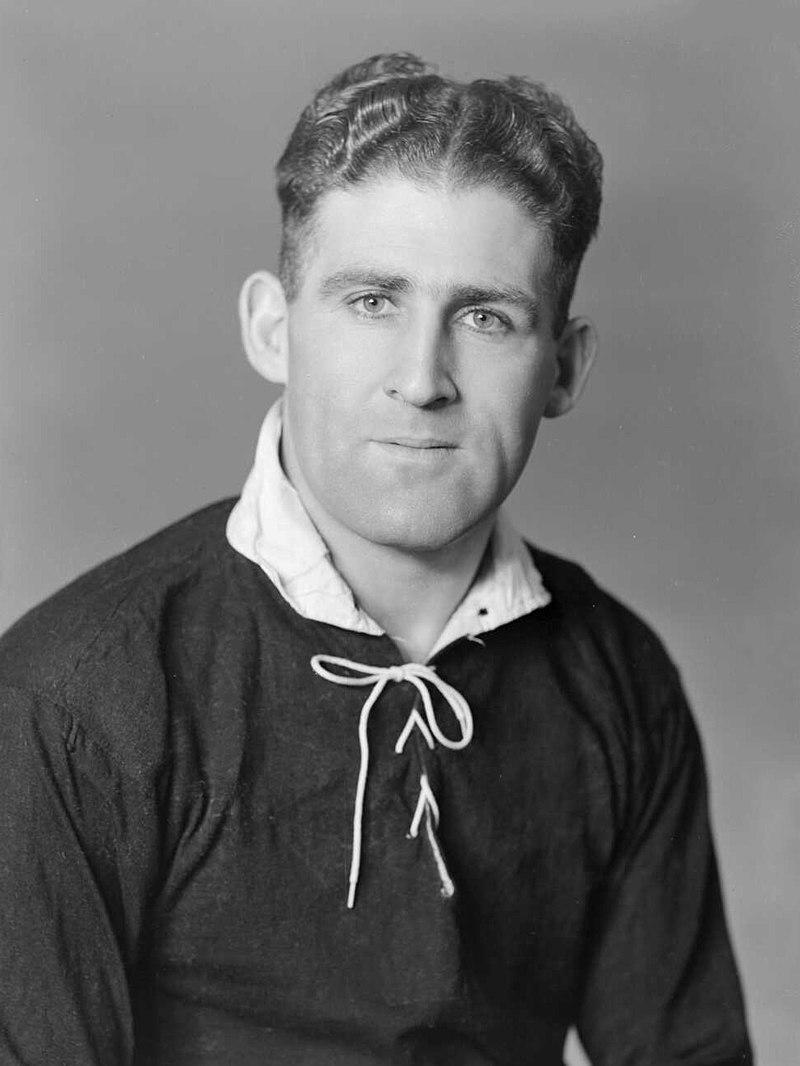 A compromise was reached. The start of the tour was postponed for two weeks and arrangements made for the All Blacks to spend that time in Hermanus, preparing for the visit.

The tour schedule itself was punishing, with games against University sides, provincial games, four tests and a trip to Rhodesia. The last was most trying, as the team had to travel six days by train to and from South Africa. Also, their train was involved in a head-on collision with another train on the return trip. A member of the train crew was killed, and one NZ player was injured and could not play in the remaining tests. The All Black’s team doctor spent the entire night giving medical assistance at the scene.

South Africa won all four low-scoring tests. Most of the points came from the boot of Okey Geffin. (My father told me at the time, when I was ten years of age, that Geffin had practised kicking endlessly in a German prisoner of war camp, kicking condensed milk tins filled with sand. Can that be true?)

All records of the tests give a special mention to Hennie Muller, who tore apart the All Black backline by aggressive tackling and innovative placements at scrums and line outs. For the visitors their famous fullback, Bob Scott was strangely off-form.

Some accounts refer to the All Black players planting a grove of trees in Hermanus. One place mentioned is along what is now Jose Burman Street, on the mountain side of the High School. Indeed, when I first visited Hermanus in the 1970s, there was a row of gum trees there, though virtually all have been cut down since, branded as ‘aliens’ or dangerous due to advanced age. Other accounts mention different places. Does anyone remember? 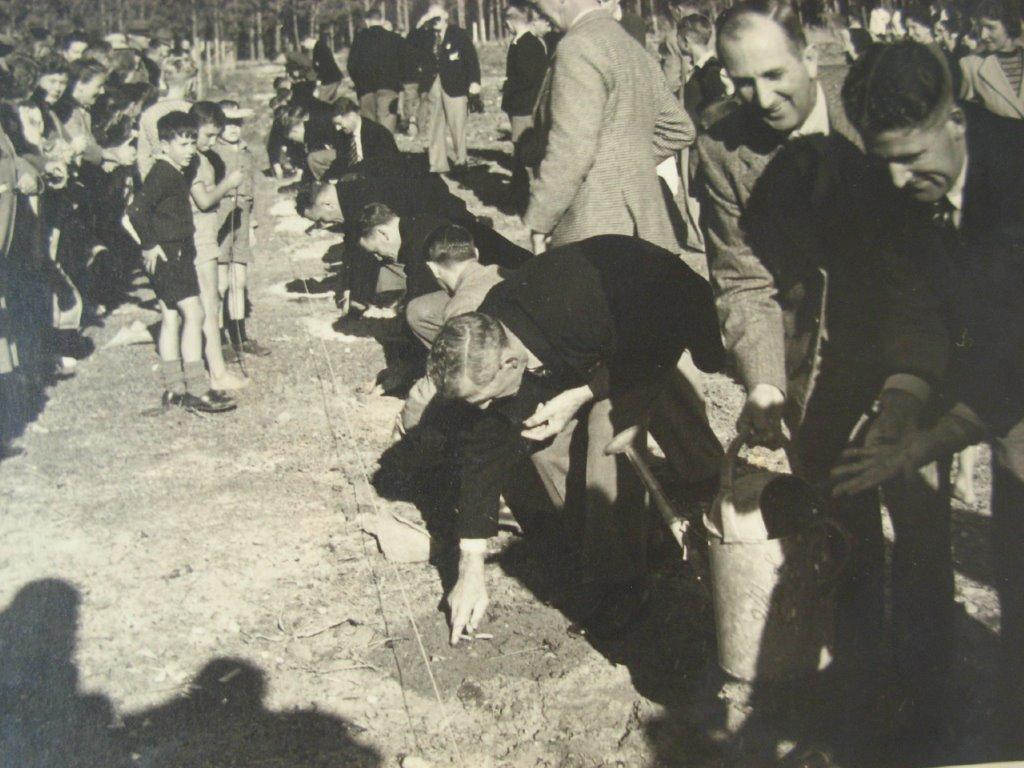 Hermanus did not have its own newspaper in May and June 1949, but Blaise Jones of the Hermanus History Society has located two articles about the New Zealand team’s visit to Hermanus in the Caledon Venster newspaper. These are reproduced below. The first account has been translated from Afrikaans.

During their time in Hermanus, the All Blacks will stay at the Marine Hotel. Accommodation has been booked for 41 people from 11 May to 24 May.

The team will be accompanied by their support staff, and South African managers, masseurs, representatives of the press and relatives of the members of the group.

The visitors will be enrolled as honorary members of Hermanus' bowls', tennis and golf clubs and they will be given every opportunity for training on the local rugby fields. Members of the local rugby club are hoping to join the All Blacks for practices.

Fishing equipment will be provided, and anglers hope that the New Zealanders will take the opportunity soon to try their luck along the Hermanus coast with the idea of comparing it with their coast.

The All Blacks left Hermanus for Cape Town on Friday. At a farewell luncheon the previous day, the Mayor Mr J. Withycombe, wished the team good luck on their tour. Although business had been at a standstill while the team was there, they had appreciated the great honour that had been conferred on the town in having the All Blacks train there. Mr Parker, the New Zealand Manager, said Hermanus would always remain the home of New Zealand Rugby teams visiting South Africa. Mr Parker presented a large signed photograph of the All Black Team to Mr Withycombe as a token of appreciation. Mr Withycombe in reply said Hermanus would treasure the photograph, which would be hung in the Council Chamber. Every sporting and social facility had been put their way, and the training the side had done in Hermanus would enable them to put up a good show on the tour. Mr Eric Colbeck, Manager of the Marine Hotel, jokingly referred to the vast quantities of milk the team had drunk. He knew the whole town hoped they would come back again.