How the name of Clarendon Place came about 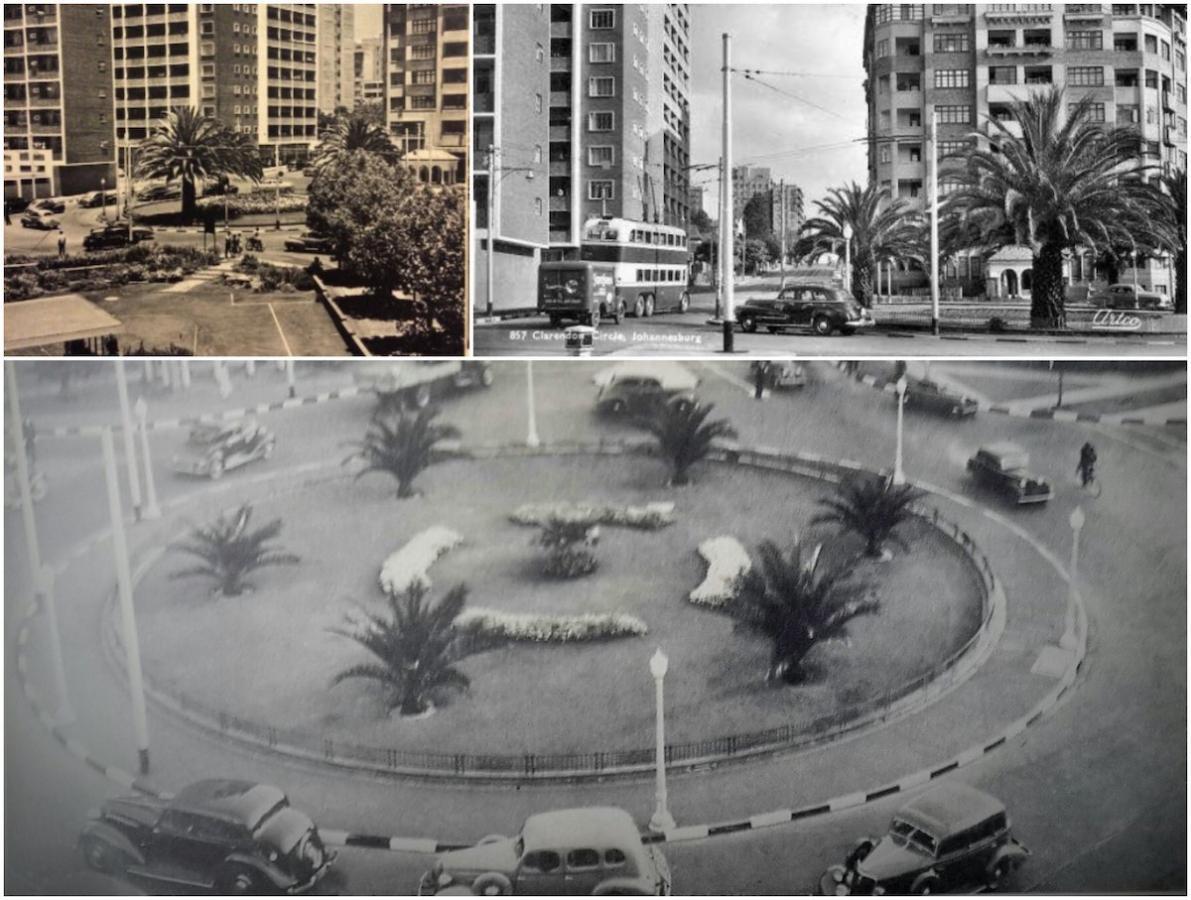 I recently read an article by Professor Kathy Munro about Clarendon Circle, East Avenue and Clarendon Place in Hillbrow, Johannesburg (click here to read). Readers may be interested to know how the name of Clarendon Place came about.

In 1959 the City of Johannesburg had taken a decision to remove Clarendon Circle, and replace it with robots. East Avenue, which then ran around the Circle, was a major road connecting the end of Louis Botha Avenue and on into the city, from Pretoria. There were no freeways at that time. 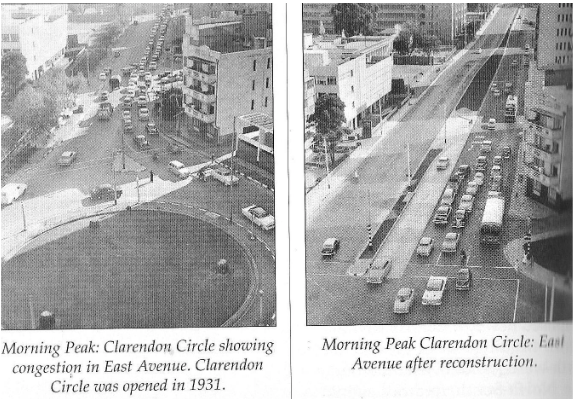 Before and after shots (sourced by Marc Latilla)

The government had during that period been intent on changing anything English-sounding – FC Erasmus the Minister of Defence had been embarking on names of military units and rank structures, so it appeared to an organisation I belonged to at the time, UNESSA (United English-speaking South Africans), that the government would be quite happy to see the name of a previous Governor-General, the Earl of Clarendon, disappear from Johannesburg. 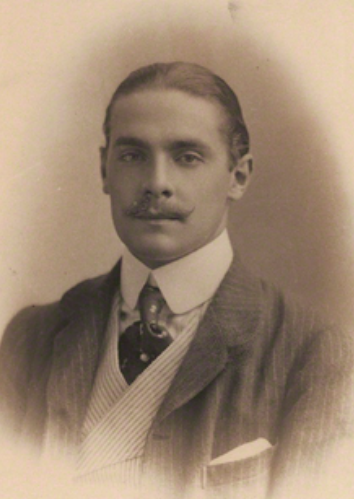 One of the aims of UNESSA was to do all it could to preserve and respect the names of historical figures in South Africa, and in this case the name of a past Governor-General.

UNESSA wrote to the City Council, who responded saying that we would have to obtain the agreement of all owners and occupiers of properties along East Avenue that the name be changed.

I personally walked the entire length of then-East Avenue, knocking on doors asking whether the occupants would prefer the name to be changed to Clarendon Place or Clarendon Avenue. The third option was for the name of East Avenue to remain. An overwhelming number of owners and occupiers supported the change to Clarendon Place and this was duly submitted to the City Council, who in turn passed the request onto the Administrator of the Transvaal in Pretoria.

Two amusing incidents happened during the walk. The first was at the Freemasons Hall. I saw lights on inside but no one responded to my knocking on the huge doors. As I opened the door, the large entrance hall was empty but suddenly two men in full regalia came rushing down the stairs at the end of the room, clearly disturbed that a stranger had dared to enter their premises! I explained what I was doing and they signed the petition and then politely escorted me out of the building. 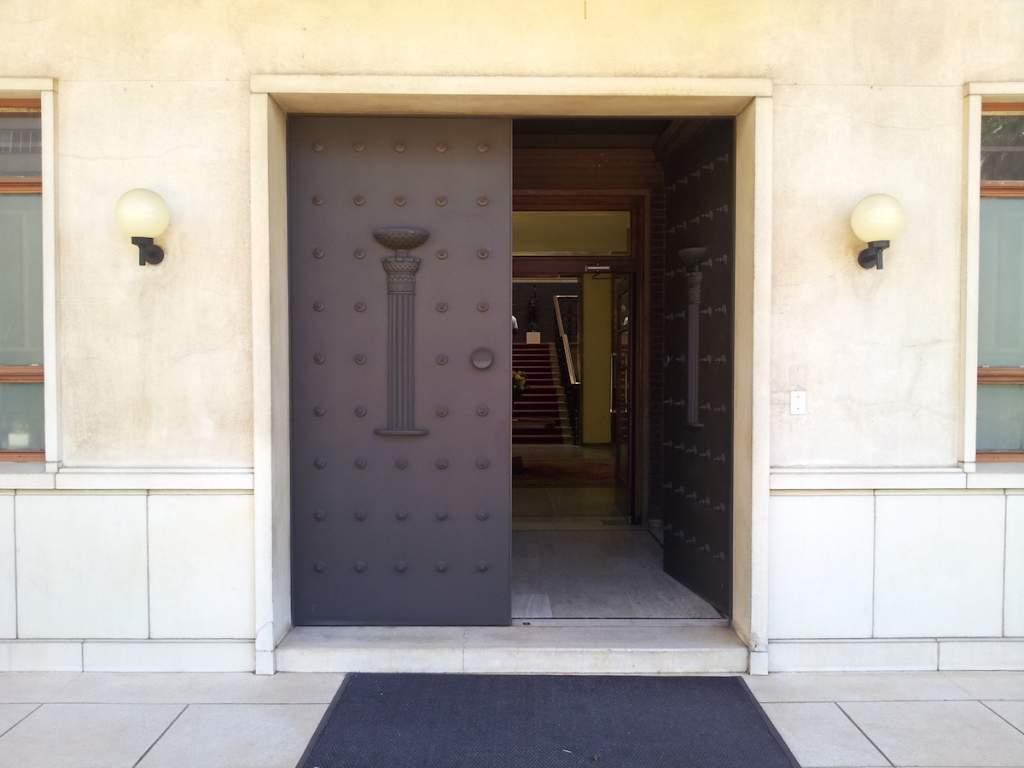 The entrance to Freemasons Hall (The Heritage Portal) 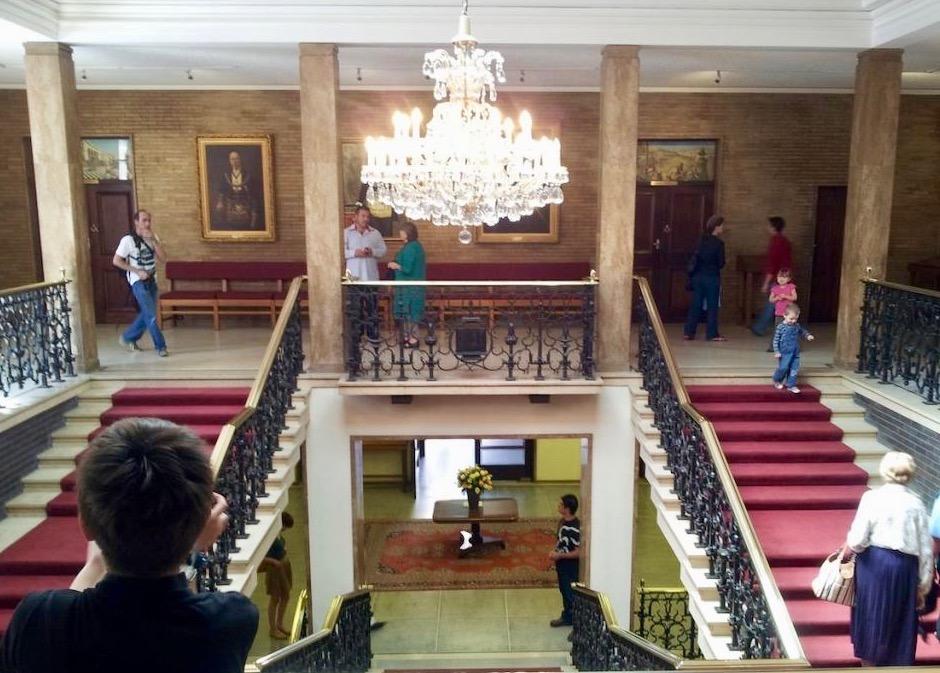 The staircase (The Heritage Portal) 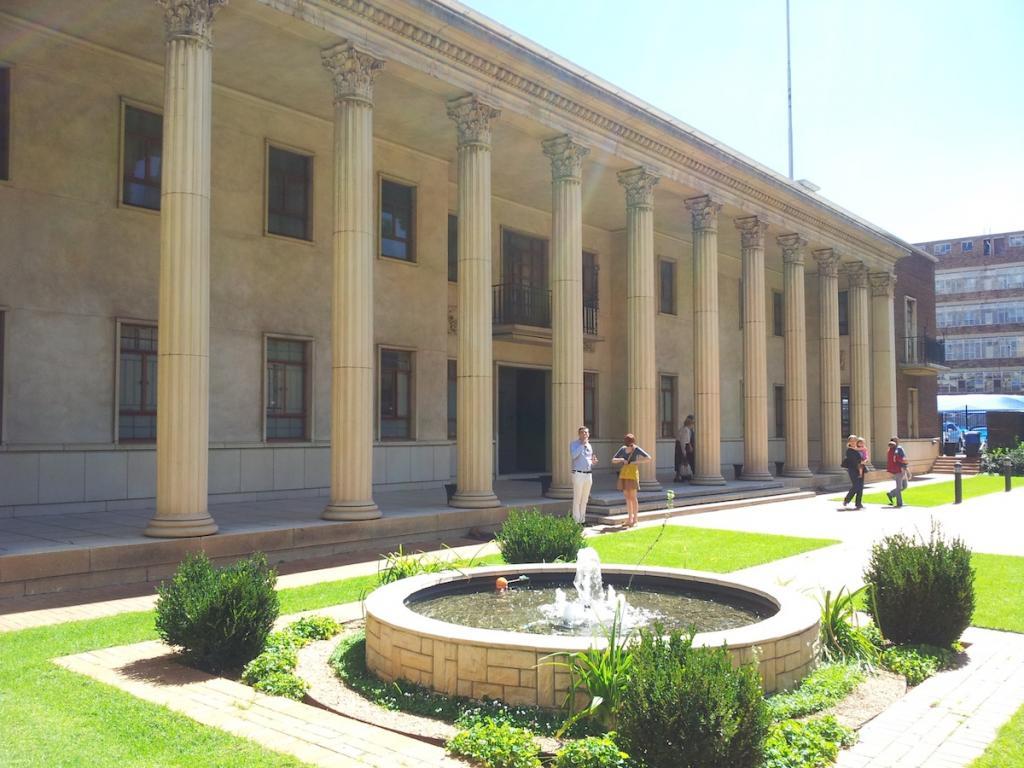 The main facade of Freemasons Hall (The Heritage Portal)

The second incident was at the Hillbrow Police Station. I didn’t know who to ask for, and the policeman on duty in the Charge Office seemed equally confused! He eventually went to fetch a senior officer who listened to my story and then signed in favour of Clarendon Place. I guess he wasn’t the owner (!) but was, at that time, the occupier!

Having met a wide variety of flat dwellers, some of whom were a little cautious about opening their doors after dark, I wonder if they would even open their doors these days, not knowing who was unexpectedly visiting them!

I think we were all pleasantly surprised when the Administrator’s approval was received, and the new name of Clarendon Place was duly accepted. 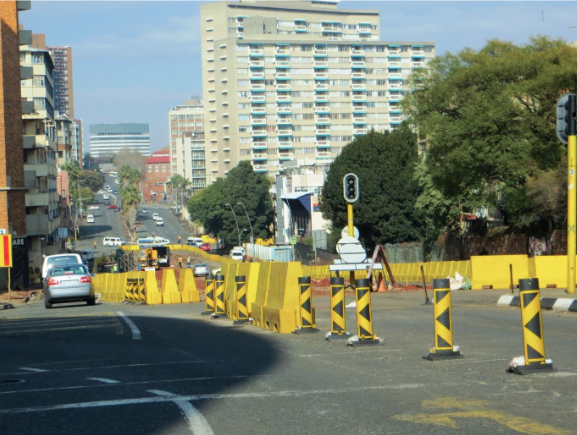