What happened to the Van Wouw House? 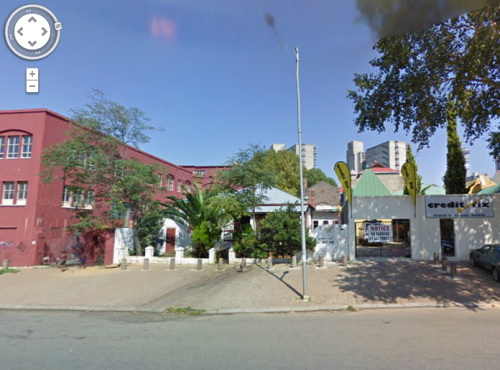 This article may be somewhat premature as we have yet to investigate the situation fully but it looks like the historic Van Wouw house in Doornfontein has been demolished. We went to photograph it on the weekend along with the Alhambra Theatre and all that was there was a vacant stand. We have compared old photos and a google street view shot from a couple of years ago with the latest batch to make sure and the picture isn't pretty. We'll reach out to the heritage community to see if anyone else has some information about what happened. [Originally published in January 2013]. Click here to view a follow up article. 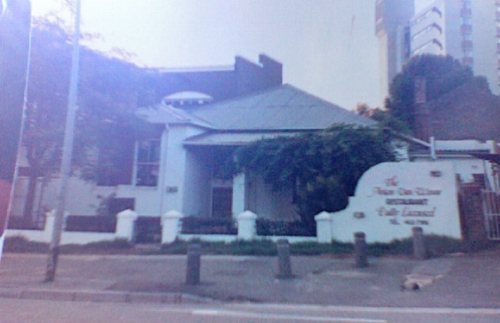 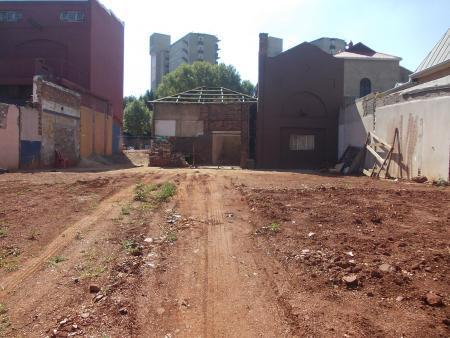 The house was one of the sites considered worthy of preservation by the Joburg100 committee in the lead up to the centenary celebrations and in 1987 the City Mayor unveiled a National Monuments Council Plaque. In late 2011 the property received provisional heritage status... We're not sure what has happened since then. Below is a description of the site compiled by the Johannesburg Historical Society followed by summarised excerpts from an article in The Star (September 1981).

[See comments section below and this article for more details]

This unpretentious cottage consisting of a verandah, a living room, two bedrooms, kitchen, bath etc. and a small sculpture studio is situated at 111 Sivewright Avenue New Doornfontein. This dwelling is of great historical importance not only in the development of Johannesburg but also as the home and studio of the most famous South African sculptor Anton Van Wouw for over 30 years where he created his famous bronzes of historical events, scenes and personalities in South Africa and especially the famous mother and child works created for the Voortrekker Monument.

Around 1910 the house was owned by a promising young architect from Switzerland Mr Theophile Schaerer. It was occupied by several young bachelors including Anton van Wouw and Gordon Leith. In January 1910 Schaerer lodged plans with the municipality for a proposed studio for Anton van Wouw in the backyard of the house. It was to be a wood and iron structure and was completed in April of the same year at a cost of 110 pounds. In December of the same year plans were submitted for alterations to the house. In 1913 further additions were carried out including the conversion of the wood and iron studio to a brick structure.

Theo Schaerer describes himself as an architect and owner although by this time he had moved to a house in Hillbrow near the Fire Station and in 1914 he had left for Europe. Gordon Leith, architect, submitted plans for an extension to the studio for Anton van Wouw who may have become the owner of the property. It is this brick studio standing 7 metres high with a mansard roof with south facing windows which is the important feature on the site. However it together with the house is much changed in their present role of a restaurant.

Right next to the Alhambra Theatre, recently saved from the demolishers by impresario Peter Toerien stands a building that is even more historic. Van Wouw house dates from 1902 and was the home of the famous sculptor Anton van Wouw for some years early this century. It is certainly unassuming from the road. One of just two or three houses left in the once affluent suburb of Doornfontein, its exterior would not draw a second glance from a passer-by. But entrance through a wooden gate from the Alhambra’s car park takes you into a different world.

The courtyard at the back of the house seems to be something rather special. On the right is the back of the house, on the left is Van Wouw's studio, a truly stunning structure. It seems more like a barn than anything else, the corrugated iron roof arches graciously upwards, allowing the sculptor the space to execute his famous large sculptures.

Van Wouw, born in Rotterdam in 1862, came to this country with his father 27 years later, already an established artist. He was, say art historians, fascinated by the expressive bearded heads and strong profiles of the Afrikaner with whom he tended to identify. It was the time just before the Anglo-Boer War with Afrikaner Nationalistic feelings running high. One can imagine scenes in the Van Wouw residence – the artist talking to friends about the repressive, colonial British and their desire to grab land from the Boers. No historian seems to know how much time he spent in the Doornfontein house which he owned concurrently with a place in Pretoria.

The Johannesburg Historical Society under the auspices of Oscar Norwich is anxious to save the building. Its demolition would be another nail in the coffin of old Doornfontein. The Alhambra, Van Wouw House, a neighbouring cottage and a few shops are all that is left of the turn-of-the-century fashionable suburb. It would certainly be a tragedy if yet another historic building falls to the cry of development – the city has too many concrete blocks, too few historic places.