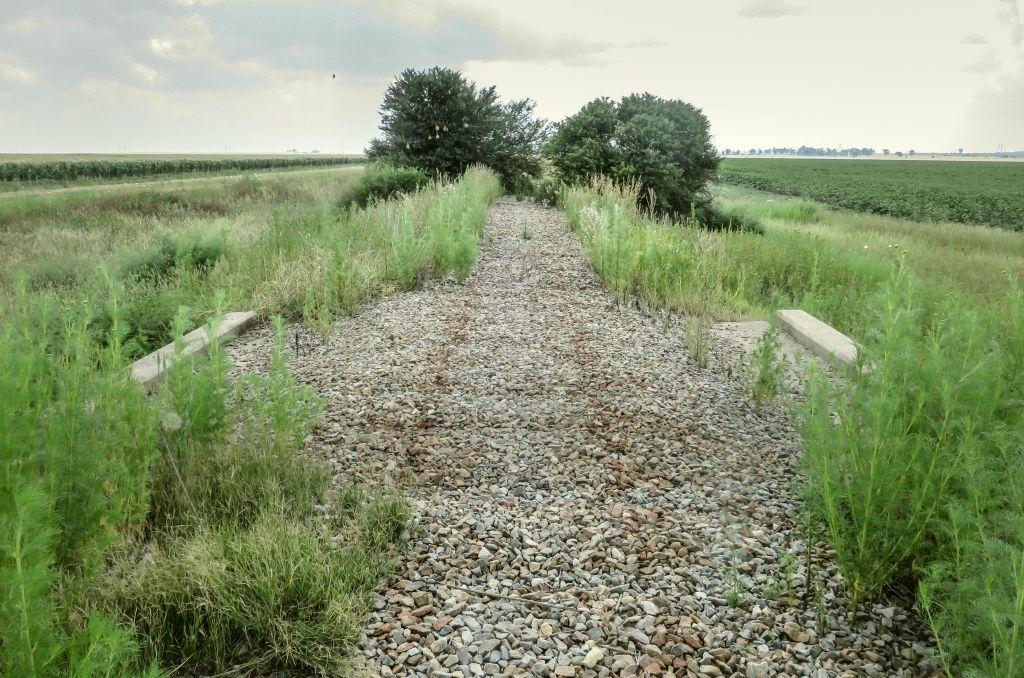 An article on The Heritage Portal about disused rail lines in South Africa (click here to view) prompted me to put this article together, taking stock of what is still around and how it used to work. It is about the unused line from the Dover Station through Parys ending in Vredefort.

Map showing the rail between Dover and Vredefort.jpg 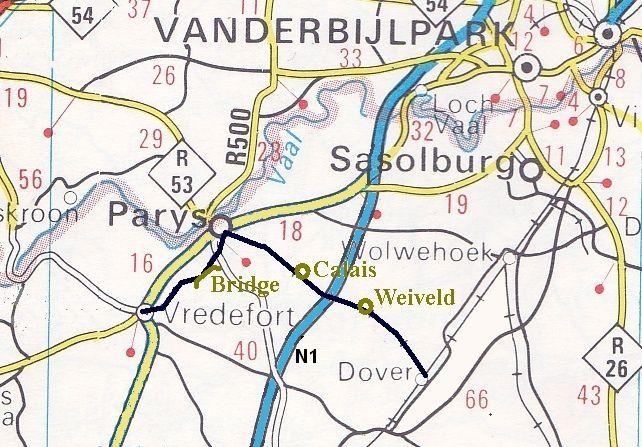 Map showing the railway line between Dover and Vredefort

Dover is on the mainline between Vereeniging and Bloemfontein. It used to be a station; not anymore, no trains stop here. The rail control that used to be in the roofless building on the right in the photo below is gone, everything is controlled from a central rail control centre. 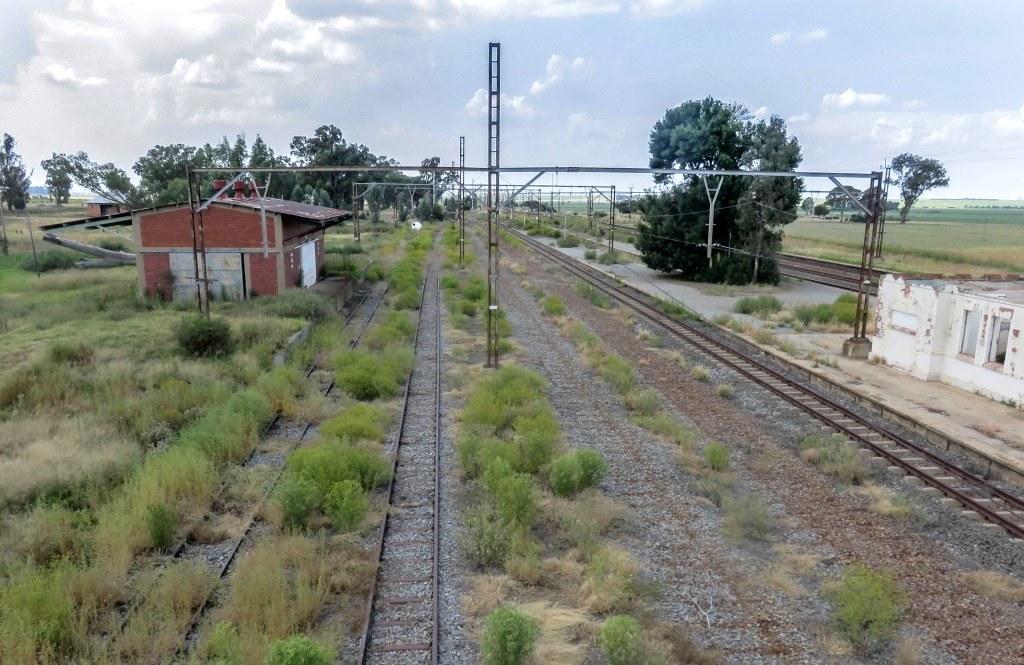 From here was the branch off to Parys and Vredefort. The photograph below was taken standing on the rail that would take the trains to Parys, the signals are still there. 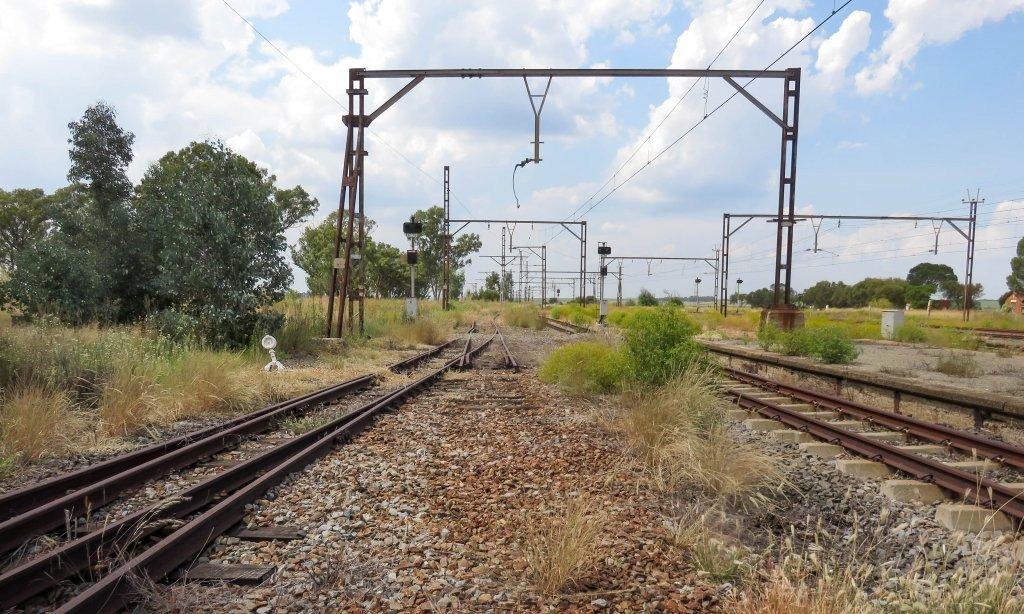 Just out of the station there are no more rails. After some theft, the railways decided to clean up and take off all the rails and sleepers. I don't know for how far. Further down, at Weiveld, the rails are still in place. The picture below was taken by me standing on the rail bed. Nature has started to take back the space. And in some cases, I noticed, farmers have already reclaimed the servitude.

Out of Dover Station - Horst Muller.jpg

The line between Dover and Parys was laid in 1905, the extension to Vredefort came later. I don't have exact dates, but it was probably in the early 1930s. It was officially closed in 2001 as part of the business restructuring of Transnet. 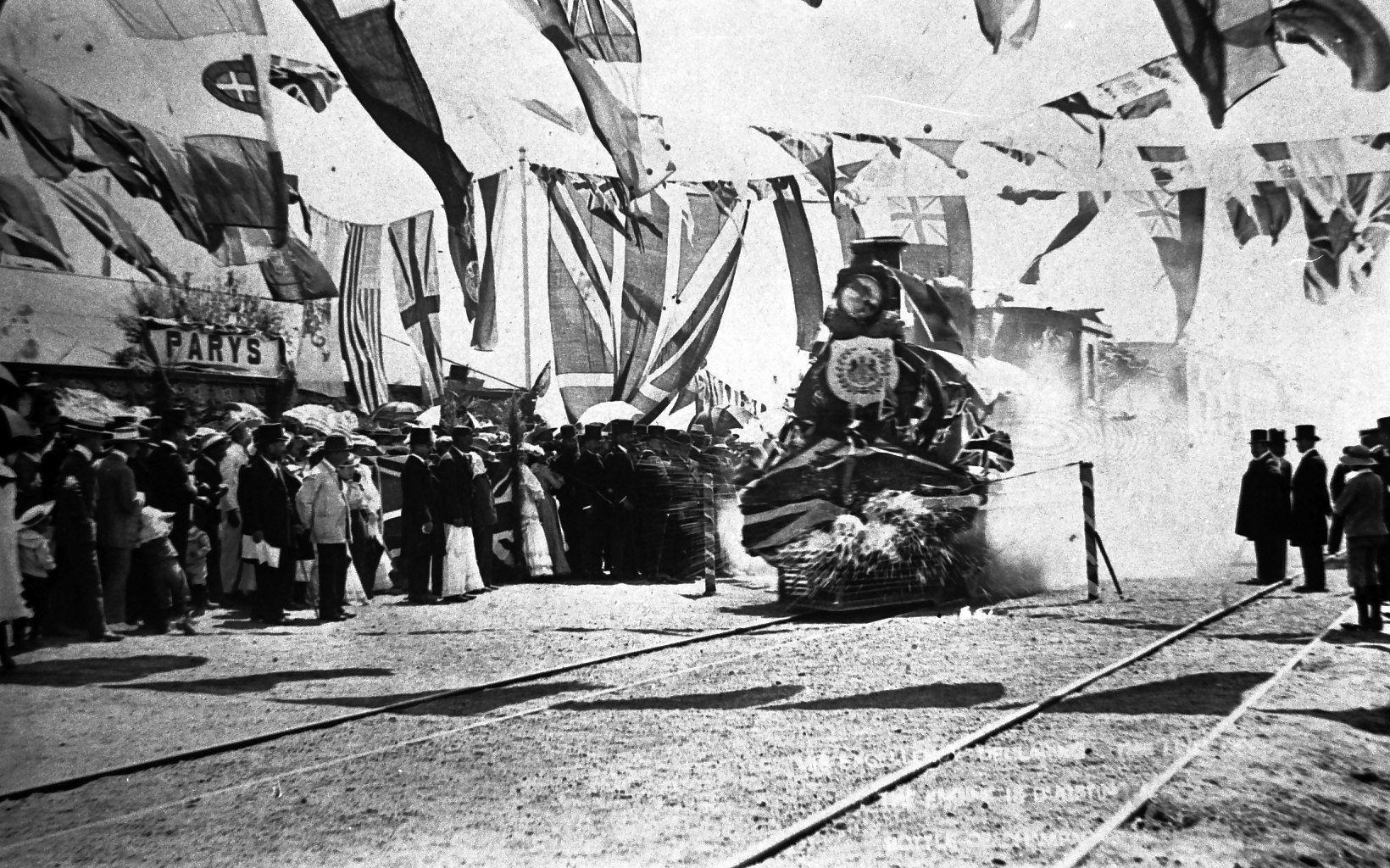 There are four stations or halts: Weiveld, Calais, Parys and Vredefort. The first one out of Dover, 15 km, is Weiveld. All I can show of the station is a view from the top of the silos, one can barely make out the rail running parallel to the road, on the side nearest to the viewpoint. The actual station was under the trees. Nothing is left of that, but one can see that it had a sideline so that trains can pass and be loaded. 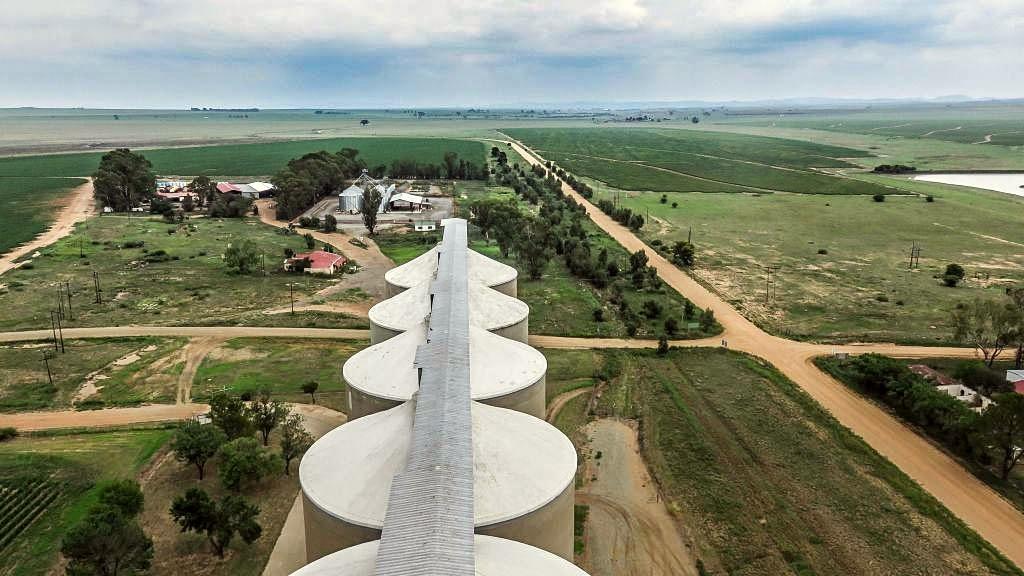 I have no data on when the silos were built, it looks like they are from the 1960s. A short piece of rail from the station served the silos for loading of rail cars.

The most significant structure of the whole line is the station building of Parys. It was built, as the inscription shows in 1930. When I first came to it, some years ago, it was a ruin, some of the roof was missing, was dirty and had lost a few of its window frames. 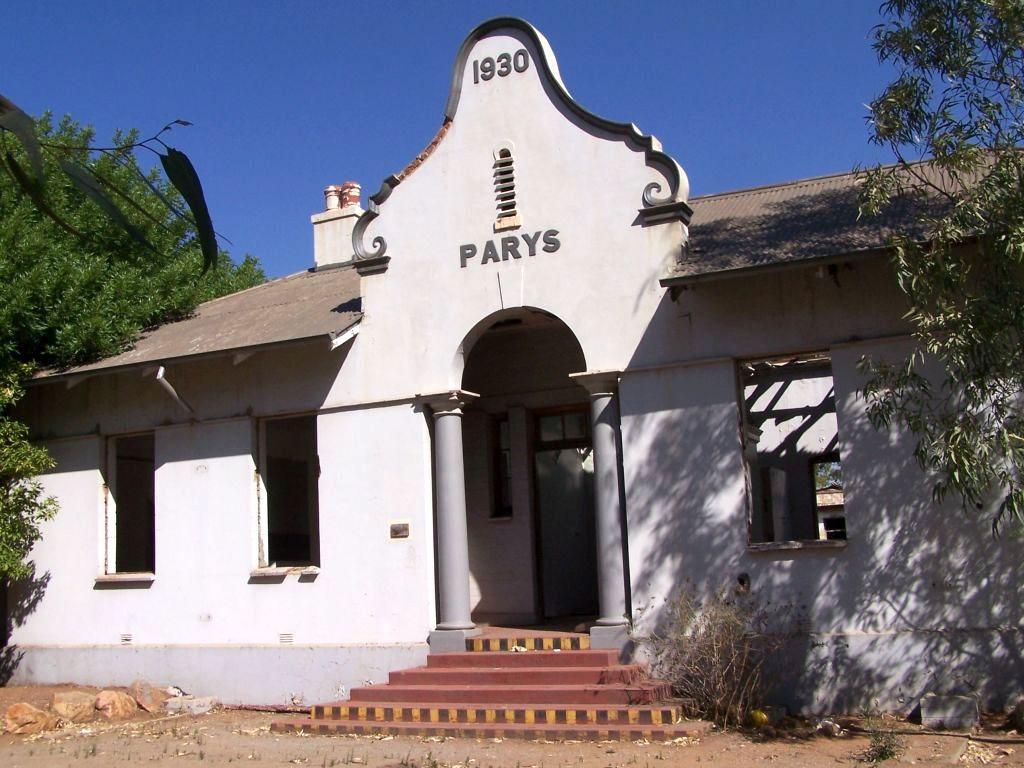 Here the railways did something positive and sold the building to a contracting company, the main business of the company is rail construction. The station building became the company's headquarters. The building was cleaned, refurbished, re-roofed and repainted, the window frames were all replaced with wooden frames. Looks very nice. 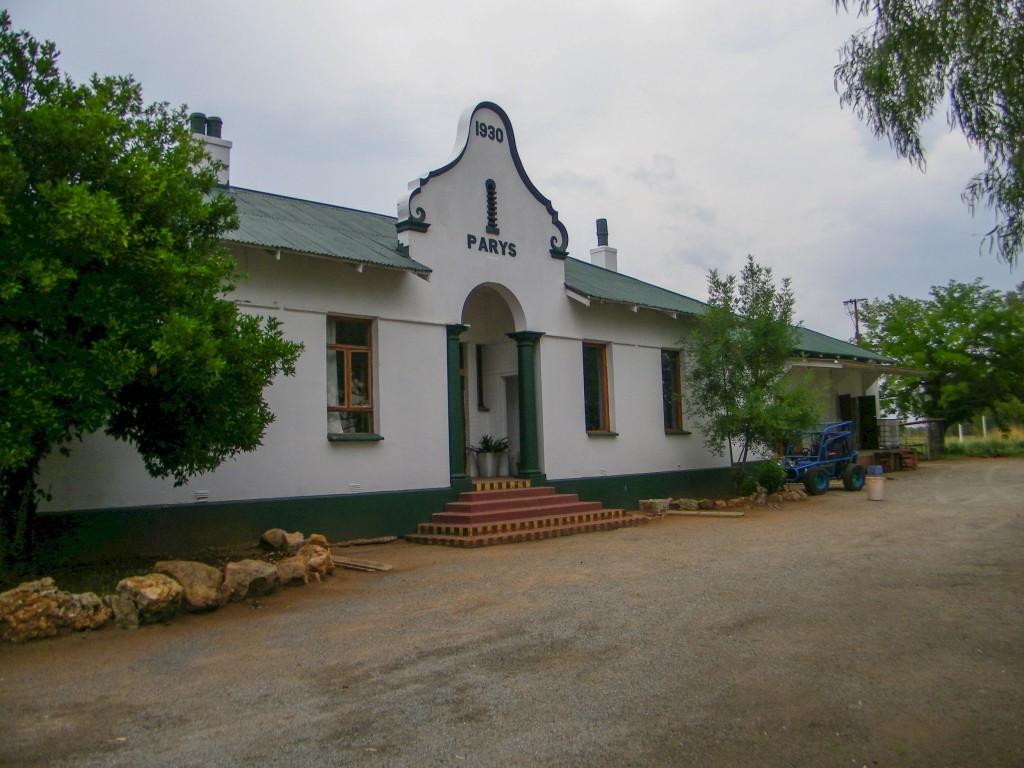 One of the station's activity was to load blocks of granite extracted from the numerous quarries in the area. What is still visible of that is a loading frame, but that one looks a bit weak for the big blocks. There was another crane which is not there anymore, but the rails it moved on still are. Another item from the days of steam is the water dispenser. The overhead tank is still in the yard. 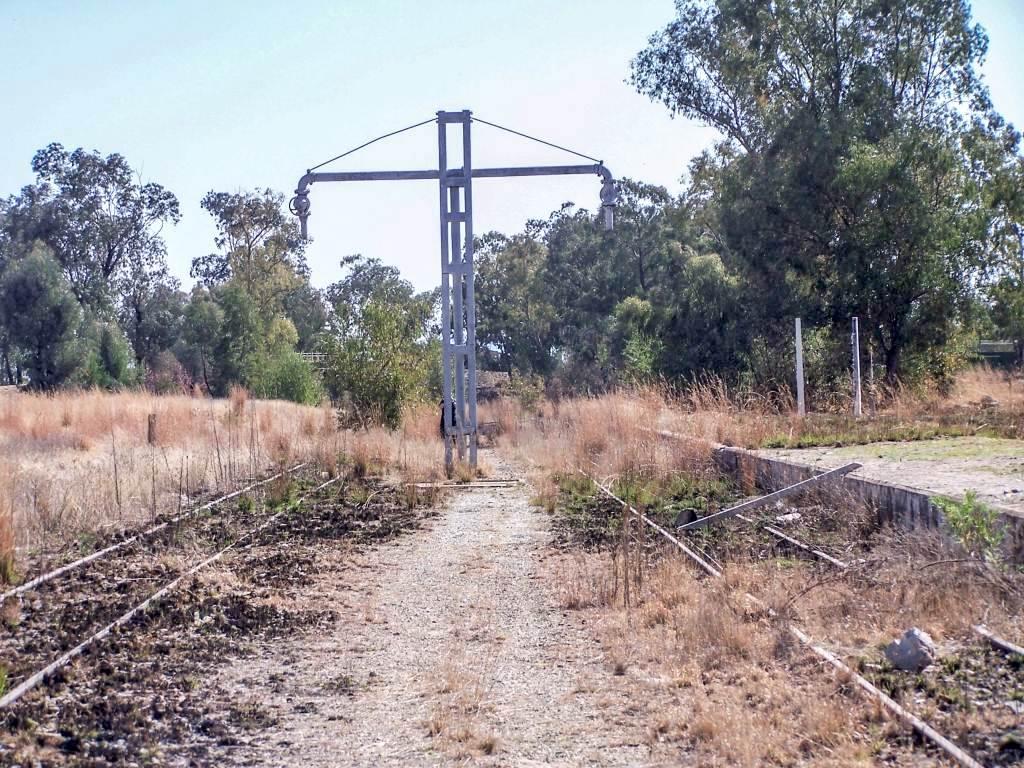 Between Parys and Vredefort the country is more hilly and the tracks had to follow the contours of the hills. To cross the Skuilspruit a 4 span bridge had to be constructed. At this point the rails are still in position. Further on towards Vredefort, so I was told, some of the rails have been stolen. 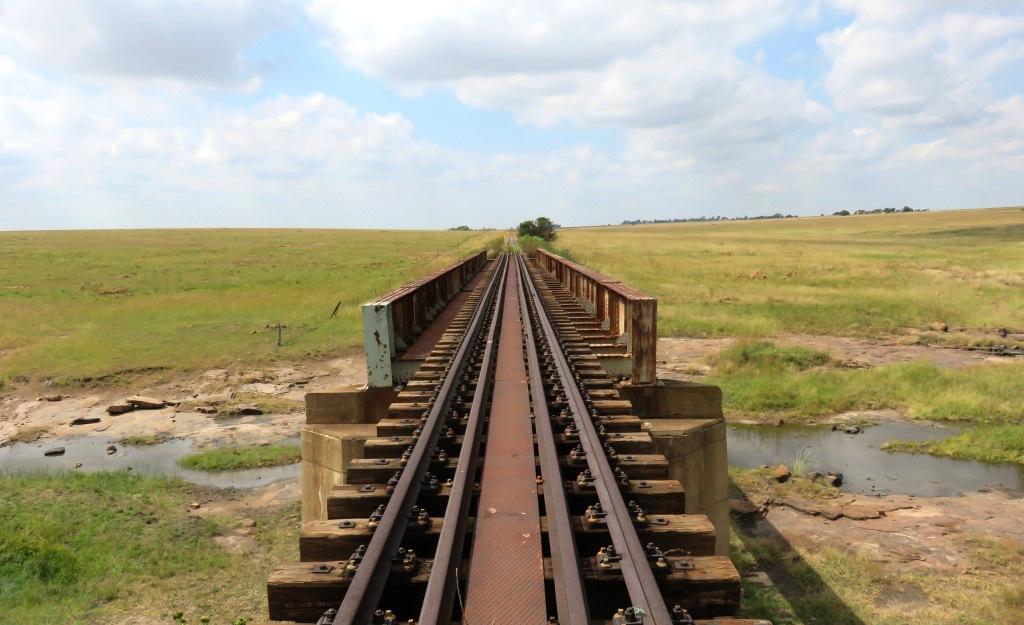 Vredefort Station is about 16km from Parys and it is the last station of the line. The station building is still there and has been converted into a shop, selling basic requirements, it even provides cash loans. The building is not in its original state, it has been extended with an annexure towards the rail side. 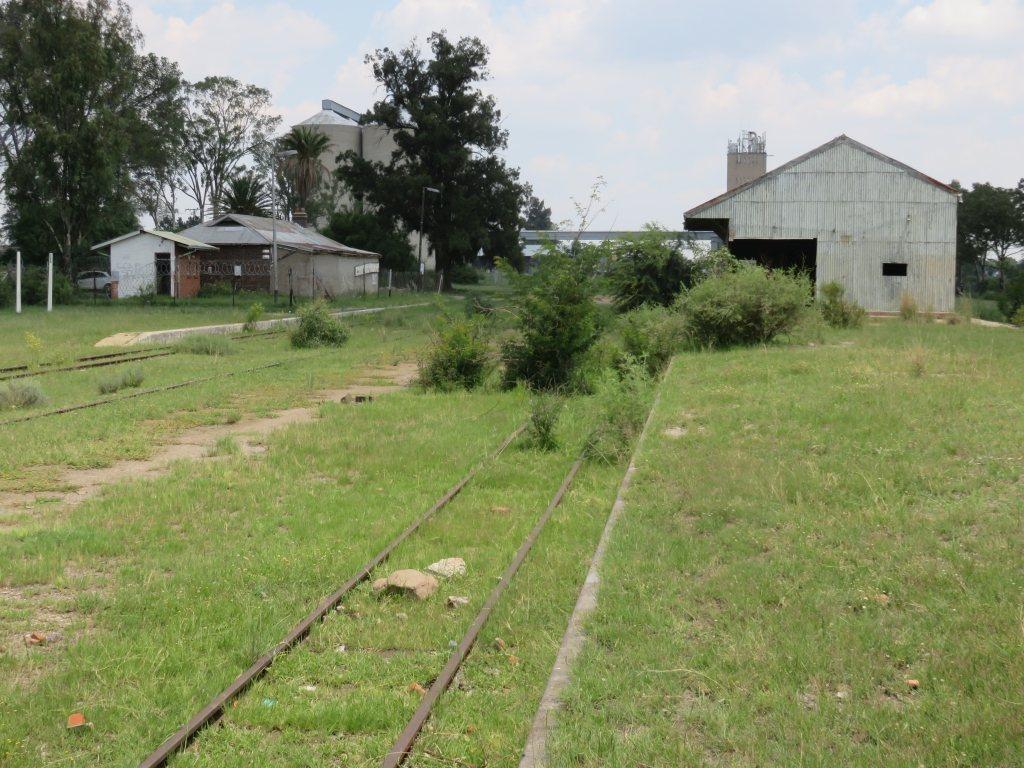 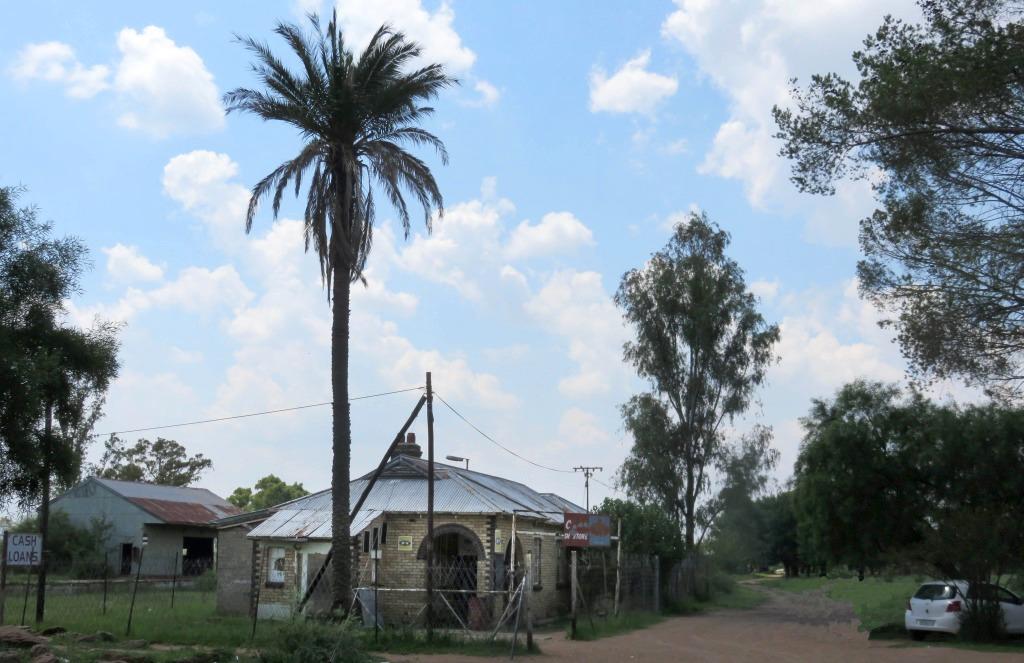 The rails extend from the station to the silos further back. This from a time when the rails were used to move agricultural products around. Now, all this has to be moved by road. This station was also used to load blocks of granite, as seen by a loading crane with three blocks of granite still lying nearby, waiting to be loaded, which obviously now will never happen. I had a closer look at the loading facility. The crane is a stationary structure with travelling overhead lifting. The truck carrying the blocks would move under the frame next to the rail. The crane lifts the block off the truck and travels with the load over to the rail truck. I took some measurements of the blocks still there and found that they would be weighing between 15 and 20 tons each. 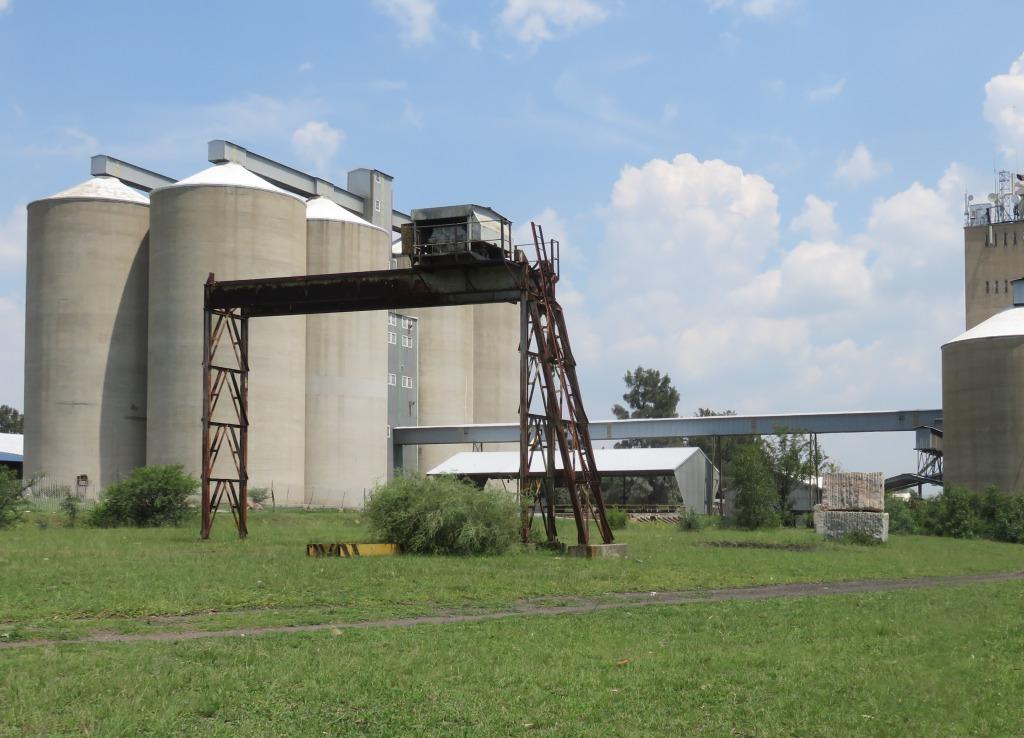