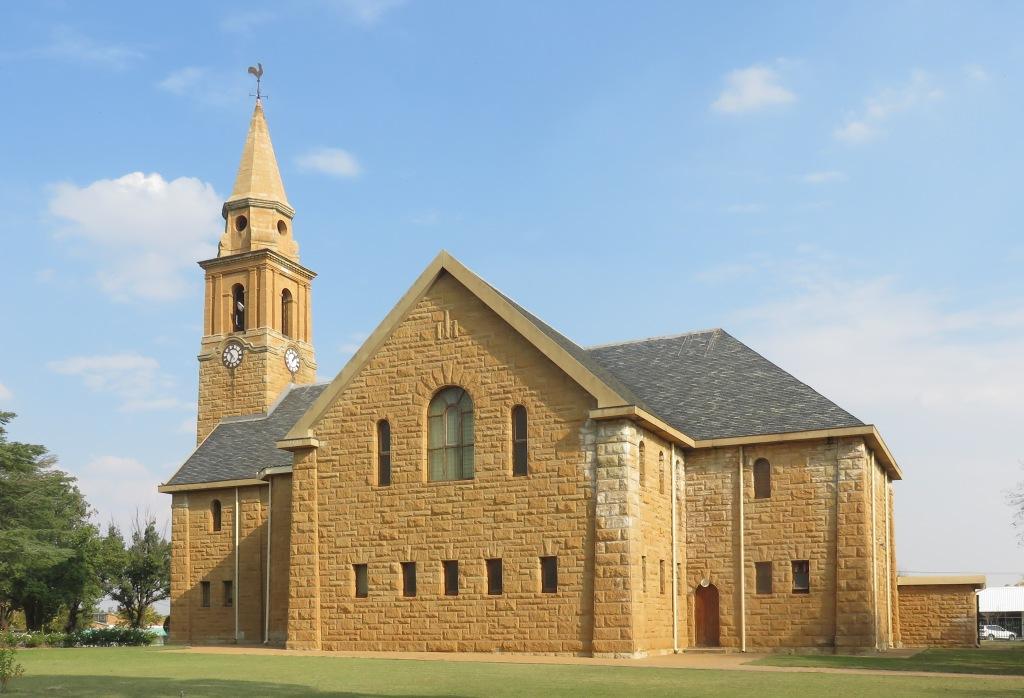 Bothaville is a small town in the North-West Free State. It is known as the maize capital because it is surrounded by endless maize fields. The skyline is dominated by numerous silos feeding the maize processing industry as well as the tower of the main church, the Dutch Reformed Church or in short NG church (from the Afrikaans name Nederduits Gereformeerte Kerk).

What is so special about this church building that I want to write an article about it? The answer to this question is that it was Gerard Moerdijk's first church, designed at the start of his career as an architect. 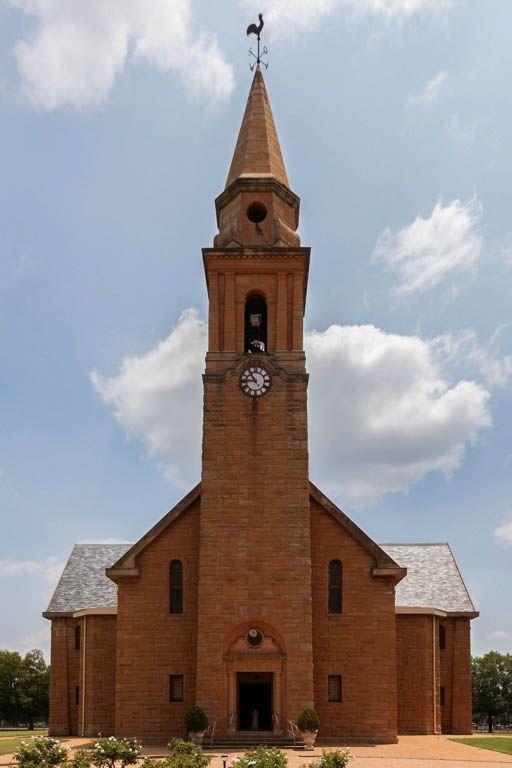 A bit of history about the congregation. Members of the NG church living in the area applied to be ceded from the Kroonstad congregation and this was granted in 1891. The first church was built the same year. This was also the beginning of the town Bothaville. With a growing population and membership it became necessary to construct a new church which is the building described here.

Gerard Moerdijk, best known as the architect who designed the Voortrekker Monument in Pretoria, was born 1890 in Nylstroom, a son of Dutch immigrant family. As a young man he worked for the Public Works Department as a junior draughtsman. He spent a number of years in London studying to become an architect. Coming back to South Africa he joined the architect Frank Emley in Johannesburg as a partner. It was from here that he entered the competition for the design of the NG church in Bothaville.

Construction of the church began in 1918. There were some changes to the design, mainly around the tower. The sources don't state what these changes were. It was inaugurated on the weekend 2-4 April 1920, in the presence of Gerard Moerdijk and the building contractors. His name is on the corner stone as the architect, Gerard Moerdijk ARIBA, which stands for Associate of the Royal Institute of British Architects. 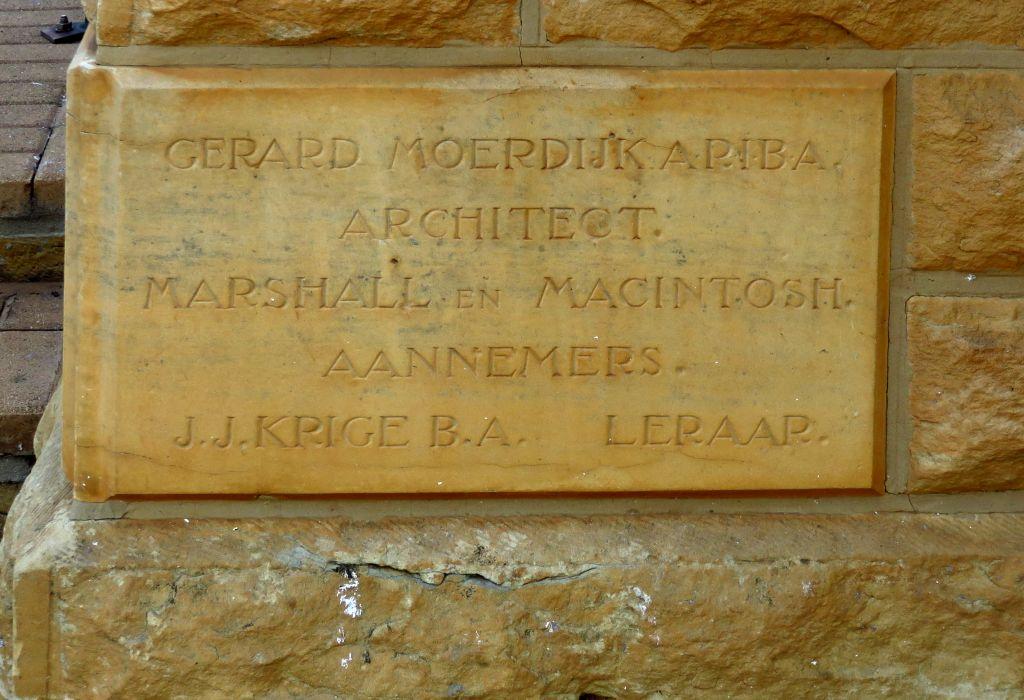 The church itself is not in the style of the later Moerdijk churches. A recognisable feature is the seating arrangement like an amphitheatre around the preacher. It is one of the aspects he mentioned in a booklet printed soon after the completion of this church, “Kerkbou vir Suid-Afrika” (Building Churches for South Africa) about layout design - nobody in the congregation should be far from the preacher. In the booklet he also mentions acoustics which mainly refers to the building materials to be used on the inside but also the closeness of everyone to the preacher. 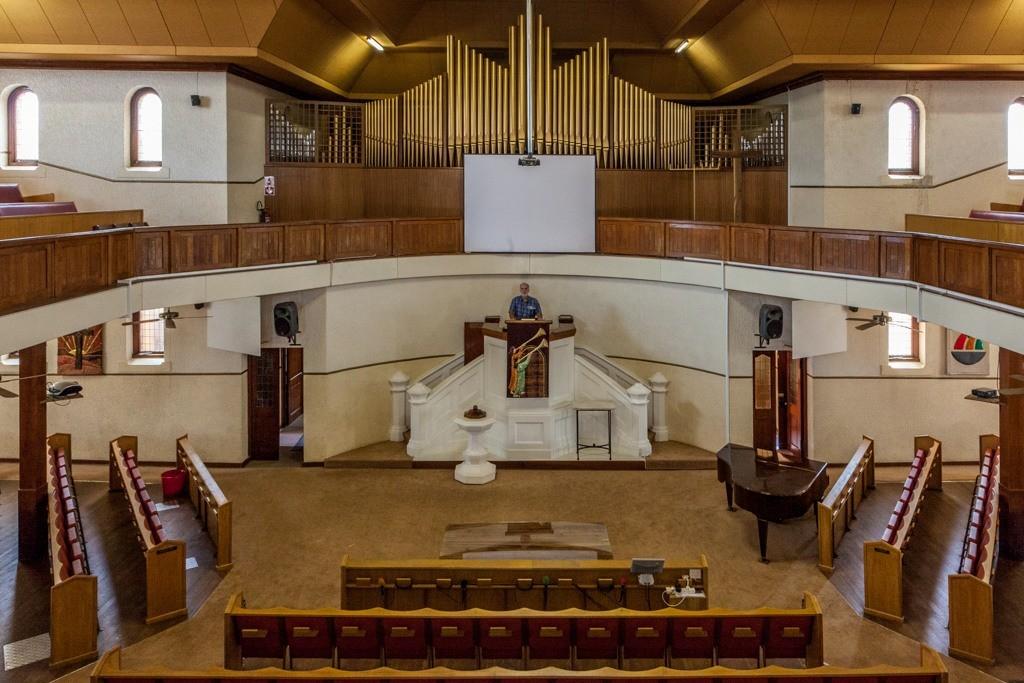 Refurbishment of the building was done in 1952/53. Most of the cost was for the repair of the roof, cleaning outside and inside and the installation of electric lights.

Initially the church was laid out for 1200 people. This was reduced to 800 when new benches were installed in 1964. Two of the original benches have been left in the back row of the balcony. 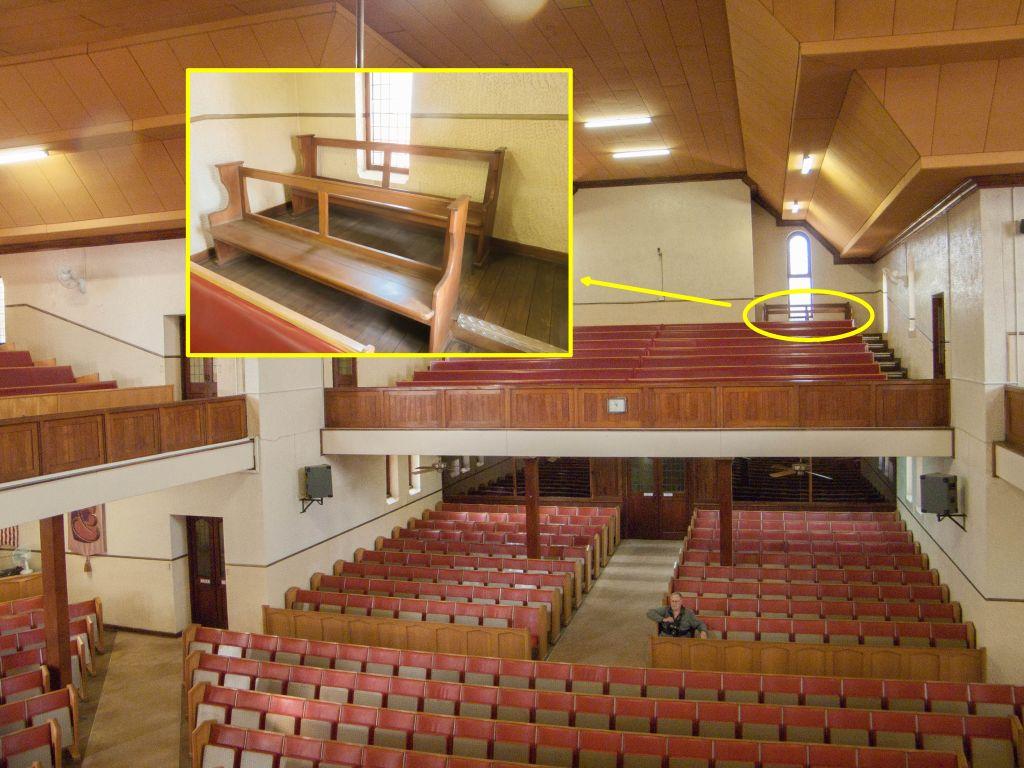 About the author: Horst originated from Germany many years ago. He has spent a lifetime working for some major chemical companies. Throughout his life he has had an interest in local history and has now, in retirement, made this his major hobby. He believes in not just doing the exploration and research but to also write down his findings. Check out his website here. Right now he is in need of new partners to join in this endeavour. Email horst.o.muller@gmail.com to find out more.