Solving the Mystery Behind "Grannie's Grave" in Braamfontein Cemetery 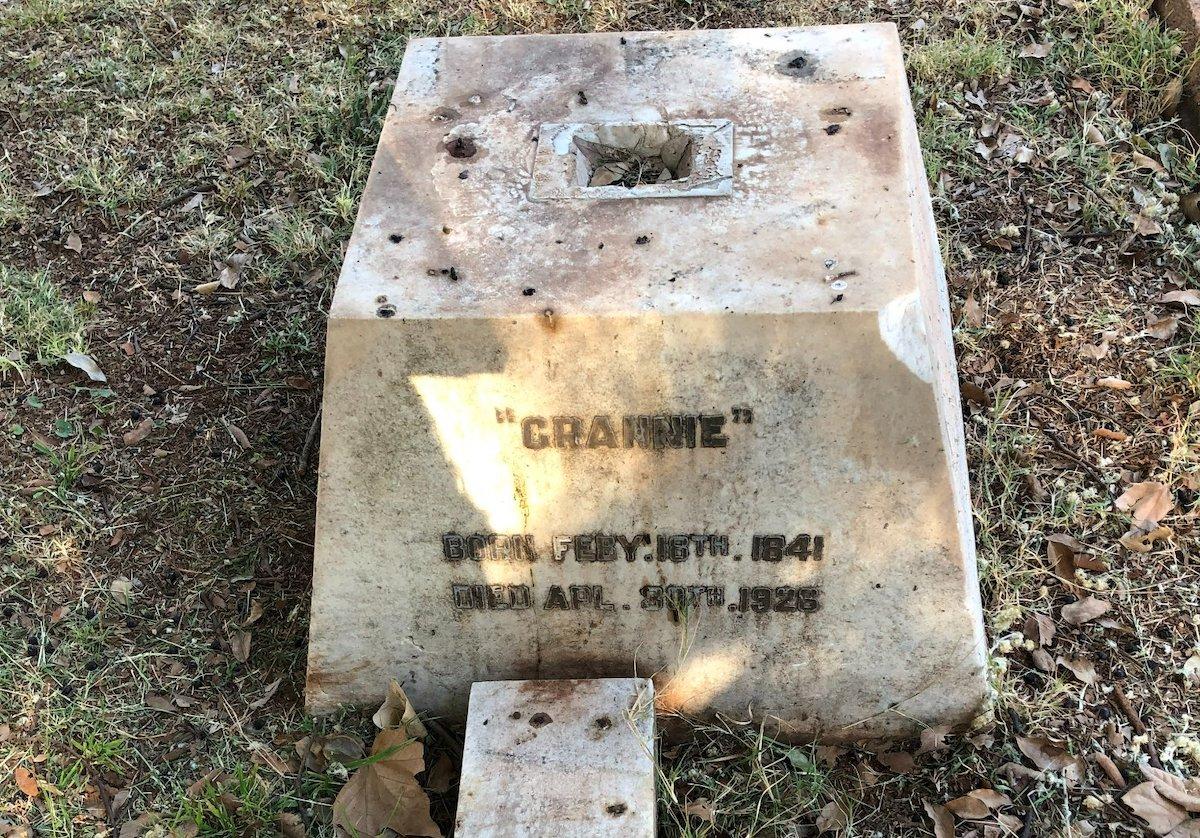 Some time ago, I was wandering around the General Section of Braamfontein cemetery, doing some research. There was a family plot with one headstone on it and its cross broken off and laid down in front of the stone.  I think this cross may have been turned by Mr Pon and the waste pickers from outside the main gates of the cemetery on one of our cleaning parties. But that is another story.

I took a photo of the headstone as the inscription interested me. It simply said, ‘Grannie’ and gave her date of birth and date of death. I must confess that I was a little annoyed as inscriptions like that make tracing family members in the cemetery very difficult. I put the photo on the back burner, meaning to try and work out who Grannie was when I had time.

I often thought about the grave when I visited the burial registers but without a name, I knew it was like looking for a needle in a haystack. However, earlier this week, I had some time on my hands while I waited to meet someone in the cemetery, so went through the registers, checking each letter of the alphabet for someone of her age who died on that date. I wondered whether I was wasting my time but then I got to the letter ‘S’ and there she was – Eliza Julia Smith. Her date of death and age were correct. 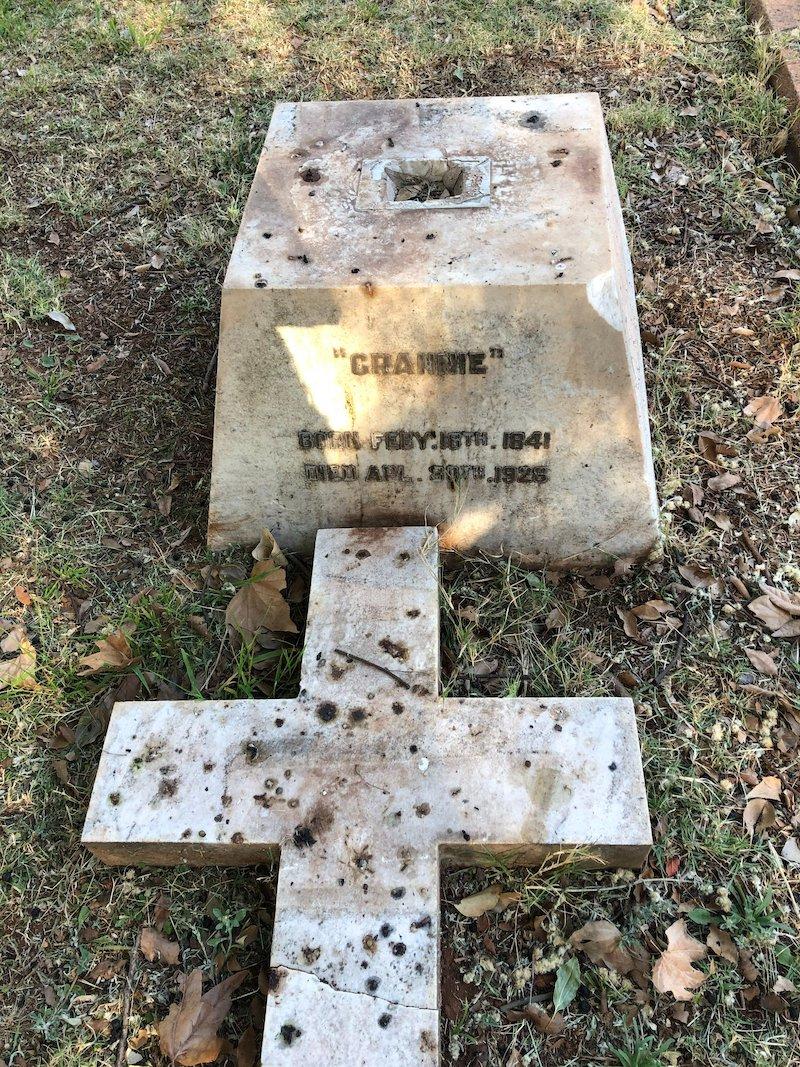 Then the research started. I found her death notice and death certificate and found, to my delight that she had belonged to a very distinguished family in South Africa. The Solomon family included Hugh Ross Solomon and they have a family plot not far from Eliza’s. Eliza was the daughter of Henry Solomon and had been born in Cape Town in 1841. She married William John Smith, also born in Cape Town. At the time of William’s death in July 1886 when he was only 46 years, the family was living in Fauresmith – there were 4 children.

Fauresmith is not far from Bloemfontein and it seems likely that Eliza moved to that town after her husband died. Her eldest child and only son, Henry William, became a Solicitor and later a Dairy Farmer in the Port Elizabeth area. Not much is known about her second child, Ellen Julia but it seems she never married. However, the last two daughters are of great interest. Mary Isabel, commonly known as Minnie, married Dr A E W Ramsbottom who later became Administrator of the Orange Free State. They had four daughters and one son. Three of those daughters never married and became Headmistresses of some of the most prestigious private schools in the Transvaal. They are all buried in Braamfontein cemetery. Eliza’s other daughter, Alice, married Frank Raleigh who was Chairman of Rand Mines. They lived in a house called Blandford which was later demolished, and the Joburg Gen Hospital was built on the site. Sadly, we have no photograph of this house. It was in this house that Eliza Julia Smith died from heart failure on April 30, 1926, at the age of 85. 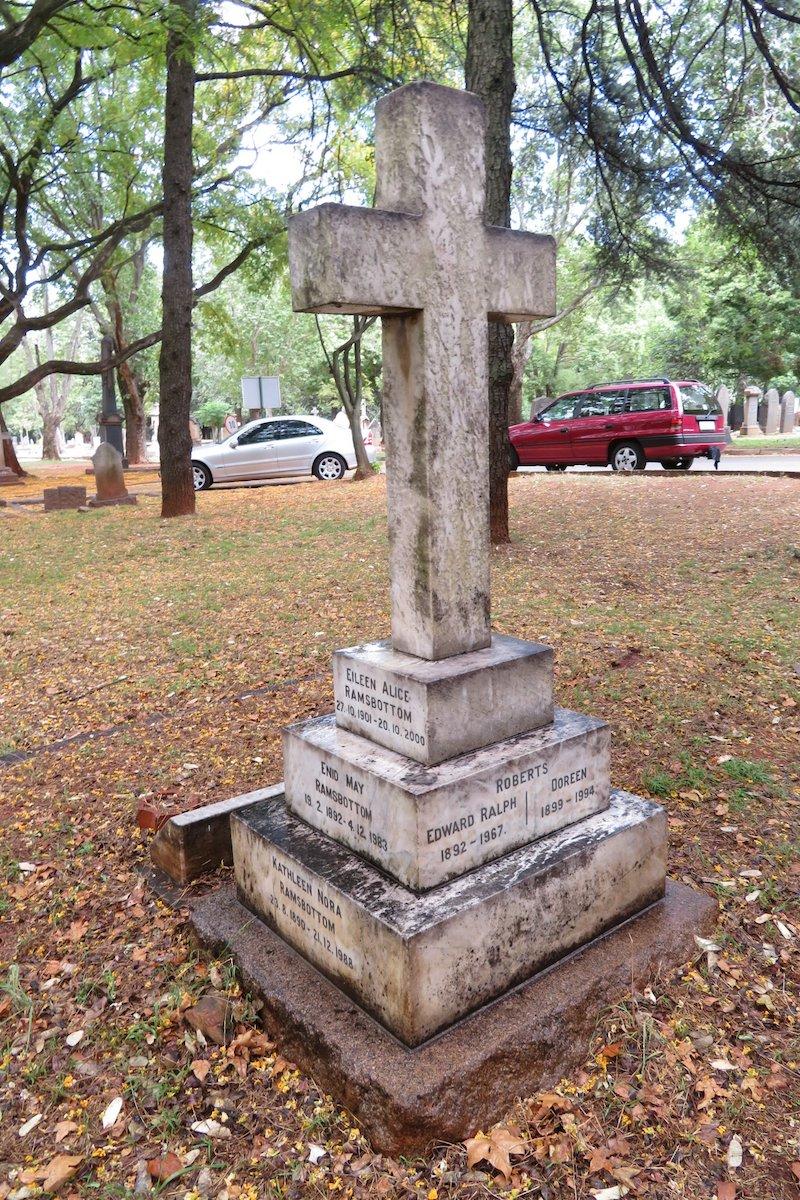 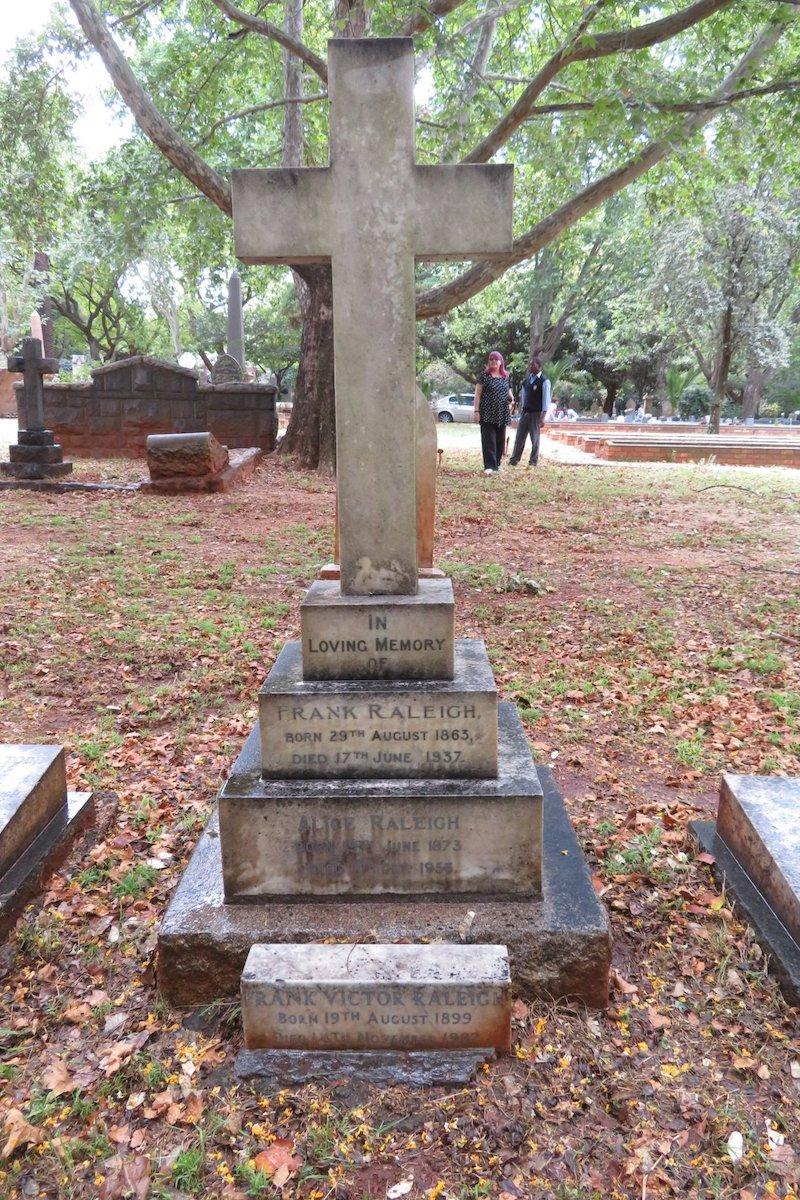 Eliza wrote her will on January 2, 1925, while living with her daughter, Alice, at Blandford. It makes for very interesting reading. She starts out by saying, “As I dislike the idea of my last wishes being written out by a lawyer and expressed in lawyer’s terms, I am writing them out myself.” She goes on, “Ellen to have my dear little dog Aleck’s photograph. My knitting needles and books divided among Alice, Minnie and Enid if they care to have them, the rest of my belongings that would not be of use to any one might be given to a Jumble Sale.” And this is the most telling part of the will and explains the inscription on her headstone: “To mark my resting place I should like to have the very simplest Cross standing only on one step with the word ‘Grannie’ on it & my age. No text or words of any kind besides.”

I hope you have rested in peace, dear Eliza Julia Smith.