Partnership with Pabst - The Restoration of the Joki House 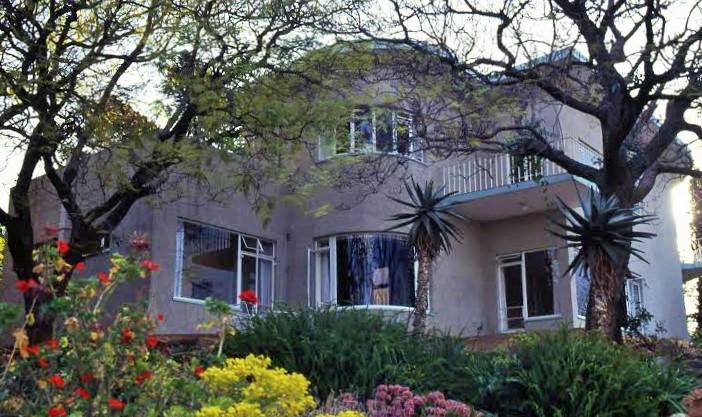 This fantastic article describes Cas Nel's 'Partnership with Pabst' during the restoration of the famous Joki House in the late 1980s. A huge thank you to Cas for sending through the superb photographs.

The partnership approach facilitates the achievement of excellence in architecture. It is an approach in which a spirit of co-operation is the basis. It relies on a partnership of various skills that is synthesized in the process of the project.

The architect's role is to orchestrate this process to ensure that synergy is achieved. A partnership attitude should also prevail between the past and the present based on respect for the timeless qualities in architecture. Our partnership with Pabst is about the rediscovery of a synthesis that exists between the past and the present - it is one of appropriate recognition of the unique quality of his work.

Joki House from above - Cas Nel.jpg 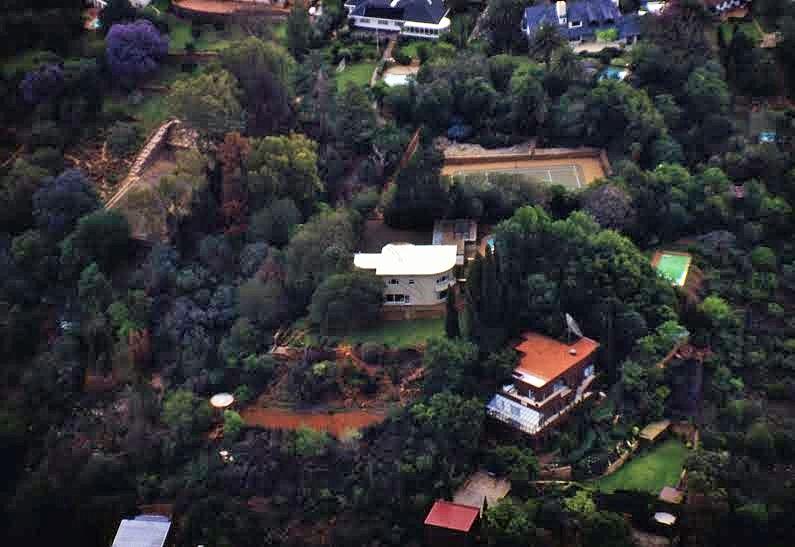 Joki House from above (Cas Nel)

Wilhelm Bernard Pabst was born in Germany in 1905 and died in Johannesburg in 1964. He was selected to study under Professor Hans Poetzig who was then at the most produxtive stage of his Expressionist phase.

The vibrancy of the Weimar Republic in Germany had a profound influence on Pabst and also afforded him the opportunity to work for a number of leading architects. In 1927 Pabst joined Mies van der Rohe where he worked on the German Pavilion at Barcelona in 1929. He came into conflict with the Nazis which led to his reluctant departure from Germany and his arrival in South Africa in the early thirties.

Pabst's architectural influences ranged from Le Corbusier through to Antonio Gaudi. He re-interpreted the modern movement in a unique personal way taking him beyond the confines of the movement. His early training with Poetzig and his interest in the Expressionist phase reflect his concern with the geometries of curve and counter curve.

Throughout his life Pabst was aware of the tension between the intellectual and emotional aspects of man. He came to the conclusion that mankind's present confusion is the result of the emphasis placed on his rational intellectual aspects, ""the catering of material needs does not make a building... I am of the opinion that where functionalism ends, architecture begins.

This attitude was in part responsible for the differences between him and the leading architects of the thirties, who advocated a more functionalist approach to architecture. His architecture reflected these concerns. His juxtaposition of curving convex and concave surfaces, the creation of asymmetric contrasts between different planes and his vigorous manipulation of the projections on the facade expressed a dynamic internal space articulation. These considerations are evident in Patidar Mansions, the Chinese Club, the Esselen Street Hospital, the Greenside Cinema, Academy House and the Joki House amongst others. 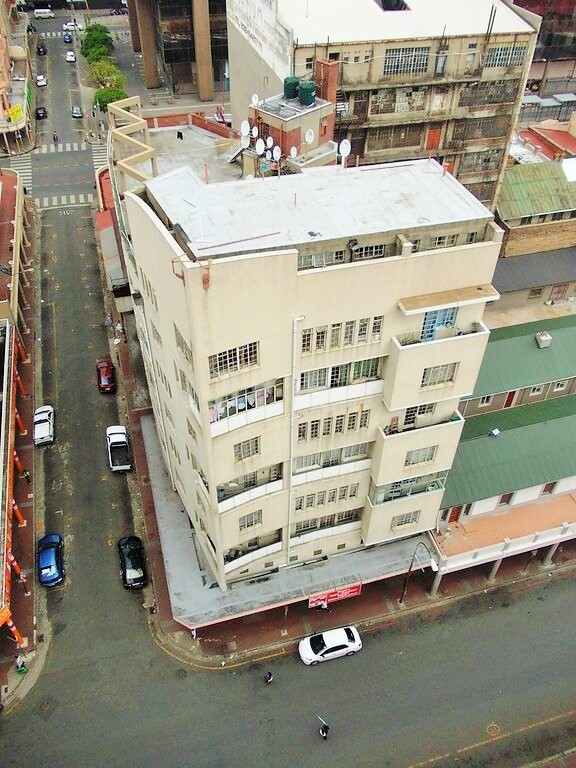 The house for Dr A Joki in Frederick Drive, Northcliff, was done by Pabst in 1935 and is the first house he designed in South Africa. The site is a pan-handle and offers dramatic 270 degree views before it drops steeply to Lily Avenue below. 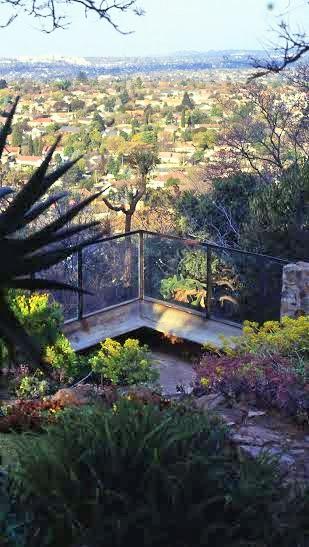 Pabst positioned the house parallel to the south west boundary close to the edge of the top terrace. The house screens the dramatic view as one approaches down the pan-handle which creates a feeling of expectation. The house forms an approach space consisting of part forecourt, part garden. The garages formed the movement focus next to the front door.

The circular stair hall at the front entrance integrates various planes on the south elevation and creates a rotatory movement which focuses on the recessed front door.

The forecourt space flows through the Oregon and glass front door with its sidelights into the entrance hall, encouraging entry. A mirror directly opposite the front door creates a spatial illusion as one enters.

The entrance hall opens into the circular double volume stair hall which is top lit through clerestorey windows which in turn illuminate an Oregon and rattan staircase. After the feeling of arrival, surprise is experienced as the dramatic views of the exterior explode through the lounge and study windows. 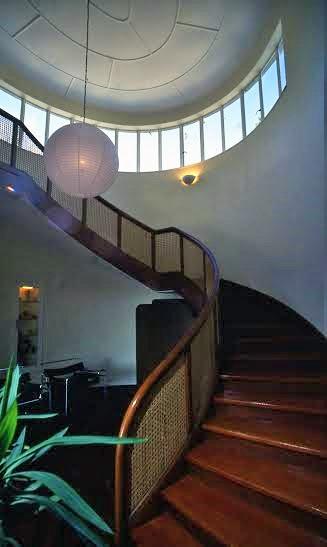 Suddenly one experiences delight in the quality of Pabst's concept. He used the timeless art of the architect that is space manipulation to create expectations, which are then modified with an element of surprise to create true architectural meaning. As one enters the lounge from the stair hall the new space experience is further enhanced as the view unfolds where Cyprus trees filter the view from the dining room. A cavity sliding door with a wood carving by Ernst Ullman combine or separate lounge and dining room.

On the north facade the curving movement of the dining room is balanced by the counter curve of the circular glass window of the study. Two cantilevered balconies create cliff-edge space sensations on the first floor above.

We purchased the house in 1987 in a fairly neglected condition but structurally sound. The previous owners bought the house from the estate of the deceased Mrs Joki, the original owner who died in the house in 1985. The garage was converted into a hairdressing salon with odd arched windows. This was fortunately the only change to the house which, apart from missing light fittings, was original down to the door knobs.

The space requirements of our family made it necessary to extend the house. Here our 'Partnership with Pabst' began.

The addition was an opportunity to strengthen his space progression concept. The existing flat-roofed scullery and laundry became generator of a low south-west wing containing guest bedroom with bathroom and garage. A passage curves into the garage to create a vehicular entrance, echoing the main entrance. The garage also opens towards the garden to link the forecourt and the garden beyond. The wing defines the forecourt as a public space and the garden as a private space, within the larger approach space defined by tall Privet and Jacaranda trees. The focus of vehicle traffic has been moved away from the house to the new extension thus giving a stronger emphasis on the front door.

The forecourt was paved with cobble paving in a circular pattern which reflects the curved facade of the house and visually increases the forecourt space.

The garage-cum-hair-salon was converted into a family room. The existing windows on the east side were repeated on the forecourt facade and the new extension. Half of the view window if the lounge was repeated on the north side of the family room affording generous views through the Jacaranda trees. 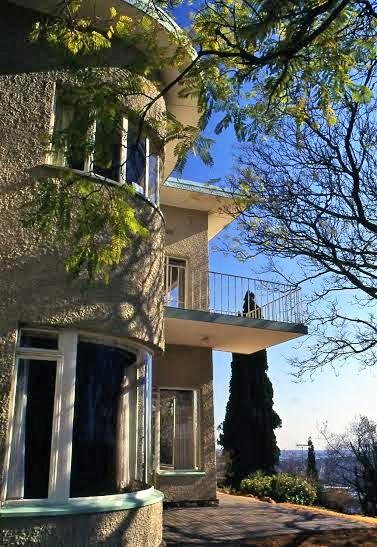 Another view of the Joki House

The intelligent zoning of the house by Pabst was remarkably modern after fifty years and largely suited the needs of our family. Very few alterations were required. The only structural change was the partial removal of the pantry wall to form a breakfast nook. The kitchen scullery and laundry was refitted with cupboards in the scullery and pantry. An additional screen wall in the yard screened the outbuildings and created a kitchen patio. 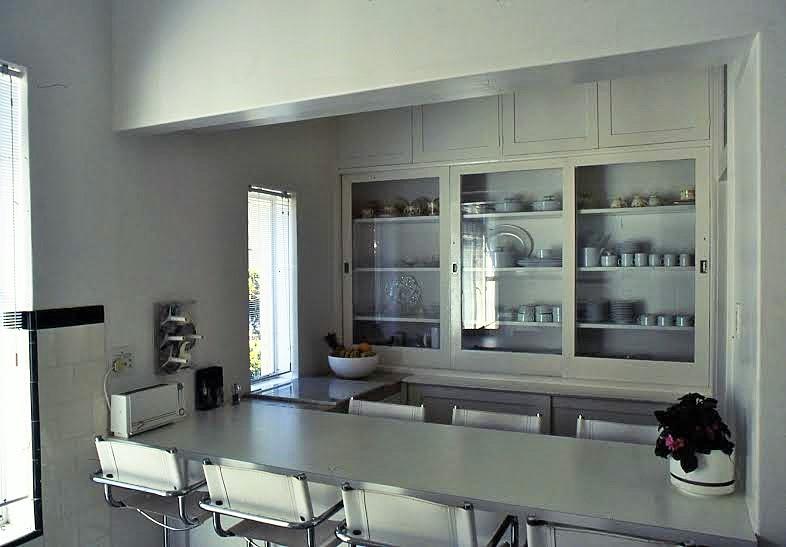 Upstairs a toilet was installed in the north bathroom and built-in-cupboards were installed in every bedroom. The door-high cupboards were treated like wardrobes against the wall in order not to interfere with the space and geometric ceiling patterns.Time is the ultimate test for quality in architecture. Timeless qualities should be our frame of reference and point of departure to create meaningful architecture. Appropriate recognition of these values is the essence of our partnership with Pabst.