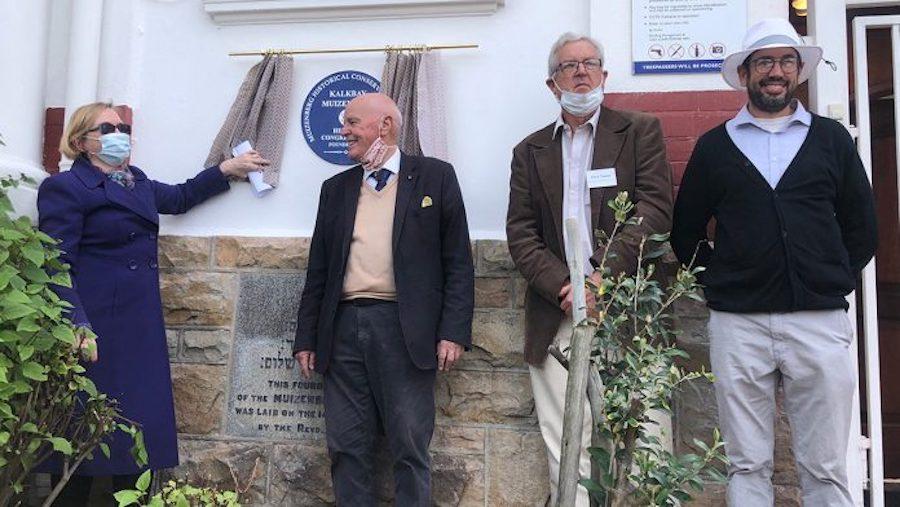 On 2 September 2021, the Muizenberg Historical Conservation Society was pleased to unveil a plaque in honour of the Jewish Community of Muizenberg. It was affixed to the wall of the synagogue in Camp Road, directly above the foundation stone and unveiled by Helen Zille. The congregation was represented by Rabbi Ryan Newfield. A small crowd gathered, perhaps 40 people. 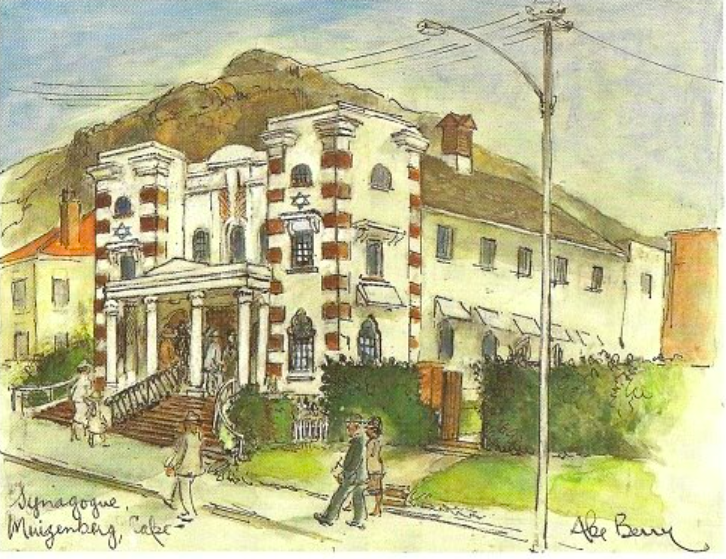 The Jewish community is much diminished from its glory days, which ran from the 1880’s to about 1970. About 600 Jewish families settled in the village, many from Lithuania. Muizenberg was a booming holiday resort in those days, and of the 26-odd hotels in our heyday some 17 were Jewish-owned and run. For many reasons our little world changed, people looking for a prosperous future had to look elsewhere and most of the younger generations left for opportunities elsewhere.

The diaspora of Muizenberg Jews stretches around the world. I bought my own house in Muizenberg from Jean Tockar, without question the doyenne of our estate agents. The house had been owned by two Jewish brothers who kept it for the holiday season, and each willed his share to his children. The children passed on their shares in turn, equally split amongst them so future generations could also enjoy Muizenberg. I bought the house from 13 people around the world, only one of whom still lived in South Africa. That was the extent of the exodus.

Those who lived and flourished here have left behind a legacy of many good to excellent buildings ranging from the mansions of Atlantic Road to many of the hotels that still stand. It pleases me that the tradition of property investment here is continued, in that Steven Frankel of Faircape Properties drove the revitalisation of the beachfront buildings, to the great benefit and upliftment of Muizenberg.

In history we have the indomitable Isadore Hirsch, in 1880 the owner of Farmer Peck’s and much more. He left his mark.

Barney Barnato made a huge impression on the diamond industry, and I suspect at his death he was worth more than Cecil Rhodes. He owned a large holiday home in Rhodesia Road which still stands. 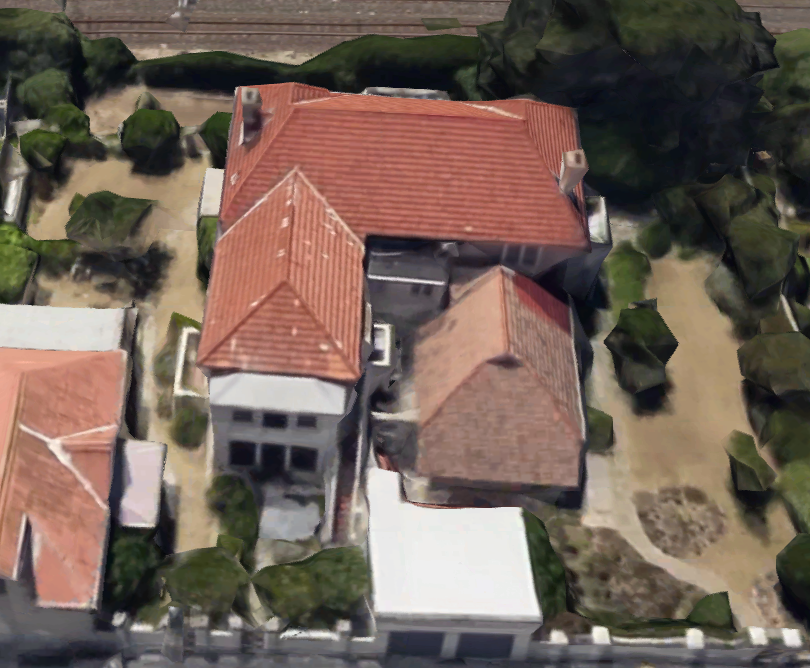 Of the current era Gerald Musikanth stands out for driving through the construction of the catwalk – the walkway beside the sea from Muizenberg to St James. He worked together with Mendel Kaplan, who was a major funder. This is a great and permanent addition to our False Bay coastline, used and enjoyed every day by many. It was ceremonially opened in 1987.

Gerald’s wife Celia Musikanth, and the late Bertie Stern had the energy and drive to rebuild and reinvigorate the Masque Theatre after the fire in 1997, and was still running it when Covid closed everything down in 2019.

To sum up, Muizenberg was in large part built by the Jewish community, and the ties remain strong. Those who remain still contribute to the development of the village. The plaque is to remind future generations of the Jewish effort which stands today all around us.

About the author: Chris Taylor is the Chairman of the Muizenberg Historical Conservation Society.