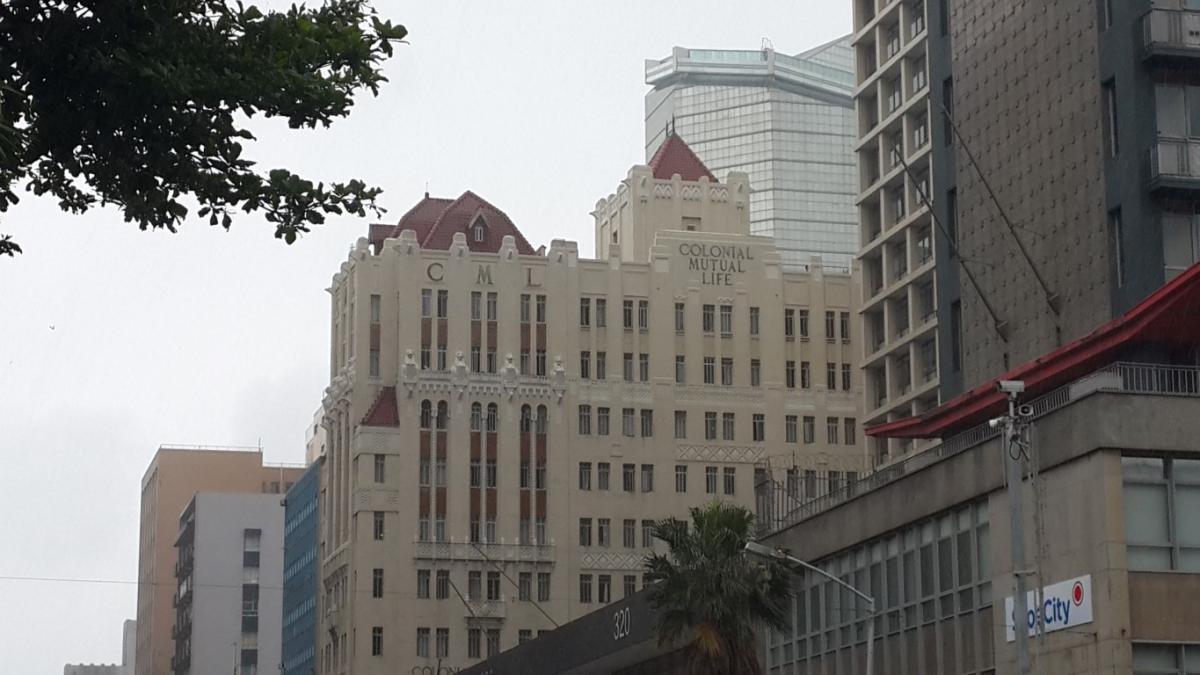 The Colonial Mutual Building was reportedly the highest building in South Africa when it was completed in 1933. At almost 57m it was a landmark of the 1930s skyscraper age. Below is a description of the building which appeared in the classic book Architecture in South Africa Vol II (1934).

Built for the Colonial Mutual Life Assurance Society, it is claimed to be South Africa's highest building, being 182 ft. in height and has thirteen storeys including the basement. The ground floor is devoted to an arcade with shops and the society's offices. The basement has a first-class restaurant with mechanical ventilation fully air-conditioned. The upper floors are occupied as offices. 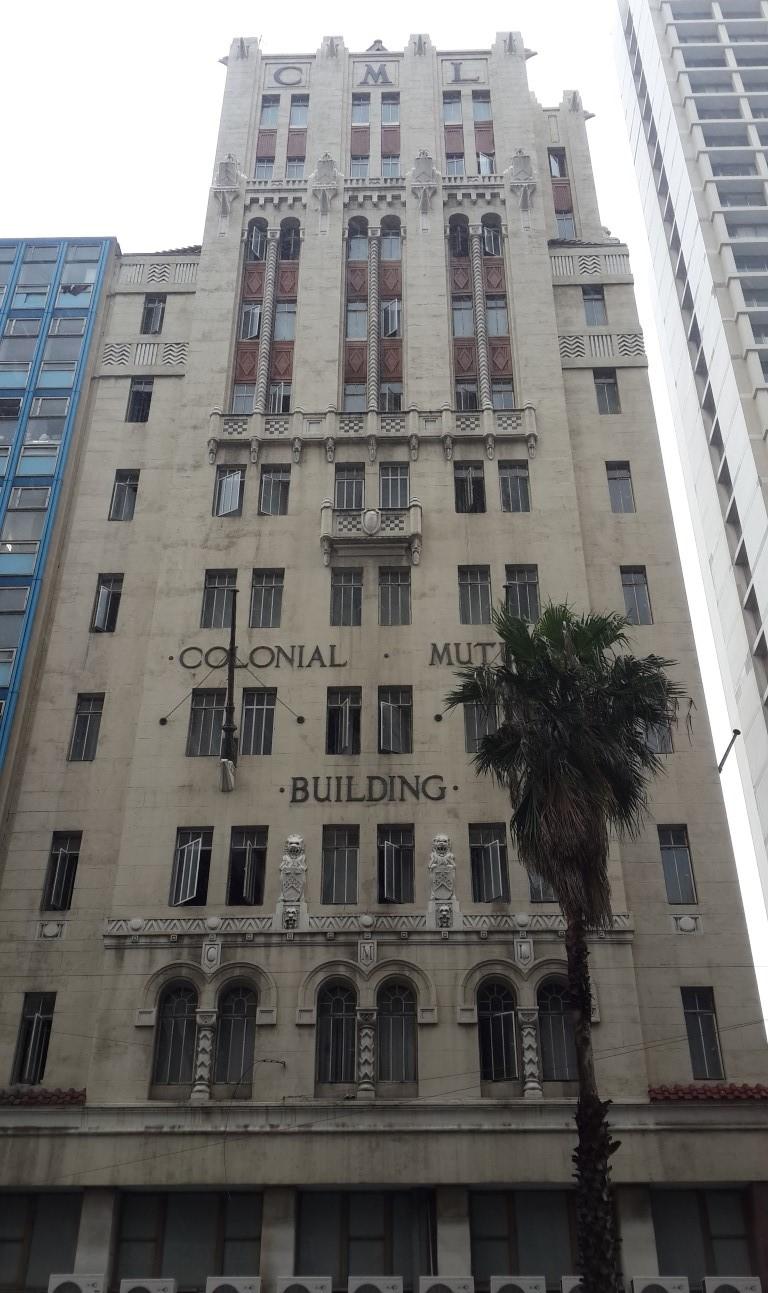 The bearing capacity of the soil of the site was low, and a reinforced concrete raft foundation was used. The superstructure is of steel framing with brick and stone facing. The floors are of reinforced concrete of a special light design, covered with end-matched jarrah blocks and cork tiling. The main hall floor is covered with india-rubber tiles. The roofs are of Etruscan tiles and short asphalt flats. Ducts were incorporated in the design for pipes and wires. 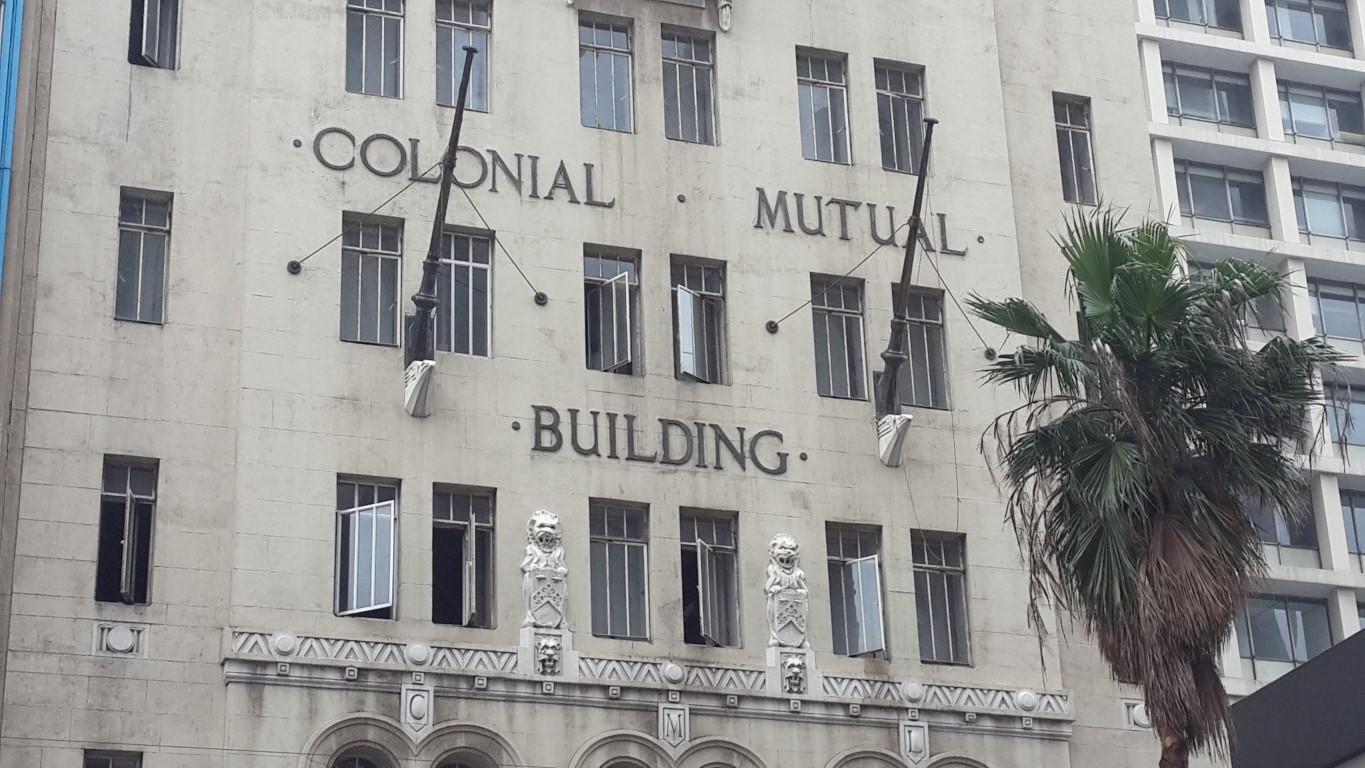 Fire protection is provided for by dual staircases, automatic sliding fireproof doors and fire curtains. An electric fire alarm system is installed, which gives the alarm from any office direct to the fire station. Each floor has hose and hand extinguishers.

Window construction is of bronze, copper and steel. The design of the main office emplys bronze, Travertine Roman, Pavannazza and Verde des Alpes marbles. The shop fittings and office doors are of Queensland silky oak finished in clear lacquer, which is most striking. Marble and tiles have also been extensively used in the corridors and lavatories. The plumbing and rain-water piping is for the most part carried out in copper piping. Flush valves are used instead of the usual cisterns.

Provision is made for the tea-making and the disposal of tea leaves, also for wash basin accommodation to eighty of the offices. Strong rooms are provided in suites.

This has entrances from West Street and from the arcade, as well as a service-way to kitchens. The lighting is part of the decoration, being semi-indirect and reflected from the ceiling. The volume of light and its colour is under the control of the musicians, thus music and light are made to harmonise. In the centre are two fountains also having softly changing lighting effects. The orchestra platform is situated at one end, careful calculations were made to ensure good acoustics - both in relation to musical sounds and the noise from kitchens and crockery - with complete success. Cloak-room accommodation is provided for both sexes.

The kitchens are run electrically and designed to be easily cleaned and cockroach-proof (a serious trouble in most Durban kitchens). The ventilation, as already mentioned, is mechanical, the air being washed, cooled and dried, and kept within government Kata thermometer requirements before being introduced through ducts and decorative grilles; the exhaust air, which includes that from the kitchens, is directed in such a way as to avoid complaints from office users. The building was erected to the designs of Messrs. Hennessy & Hennessy of Sydney, Australia, and Mr. L. A. Elsworth of Walgate & Elsworth, Cape Town, was supervising architect. 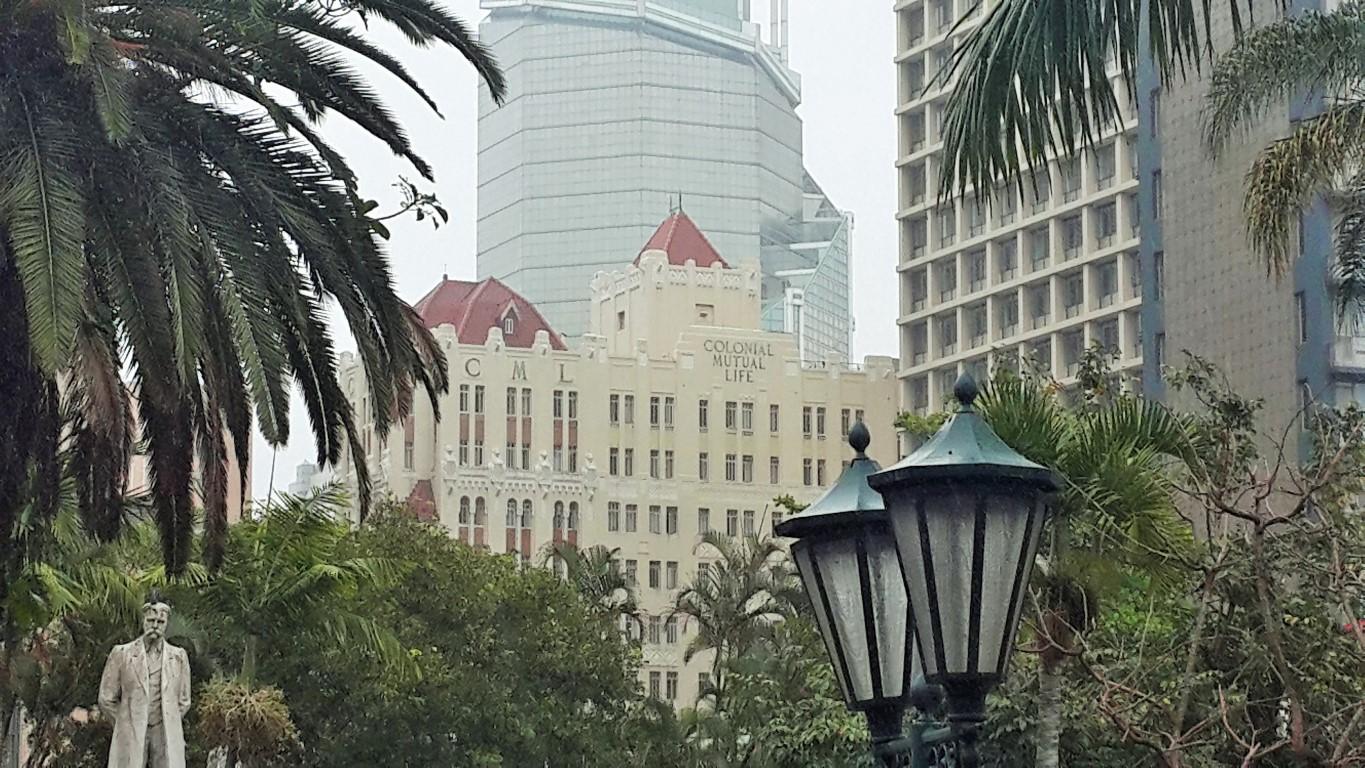