There is no document to give an exact date, but the hill sign at Little Falls was built in the 1920s in accordance to the fashion of the time, to display signs to the new-fangled flying machines that were becoming popular after World War I.

The sign was built above the already popular swimming resort of Little Falls, on the site of the Geldenhuys, and later the Struben, homestead. 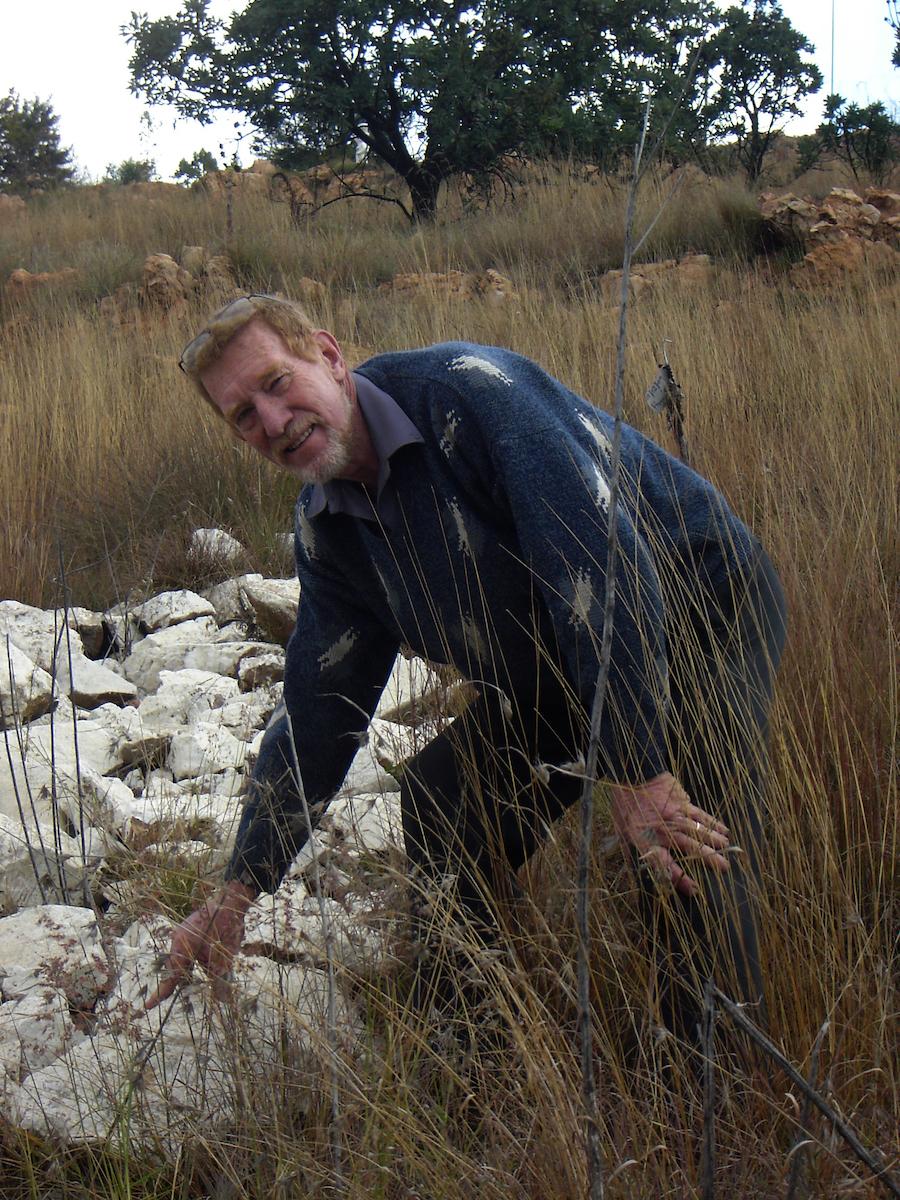 After the Struben brothers, Fred and Harry, discovered gold near Little Falls, the word spread and the following year, in 1886, George Harrison discovered the Main Reef at Langlaagte. As the mines grew, Little Falls became first a welcome bath after a hard days mining and then a picnic resort. Beginning in the 1920s the area developed into a flower farm, with the warm North slope of the Wits hills and plentiful water supply that never dried up. The owners built a dam wall across the falls pool, to make a swimming pool, and built cabins along side the kloof.

Later the area would be sold to the Roodepoort Maraisburg Municipality. A fee was charged to enter the grounds. The area then passed into the hands of Johannesburg City Parks.

With the advent of home swimming pools, Little Falls was almost forgotten, and is in a sad state today.

Another sign was built on the nearby hill, overlooking Strubens Valley, and said "Strubensvallei" in Afrikaans. The stream at Strubens Valley was dammed and became a second picnic area, but was never as popular as Little Falls. The dam was bulldozed in the 1950s to make way for a tar road through the Kloof, today it is Christaan De Wet road. 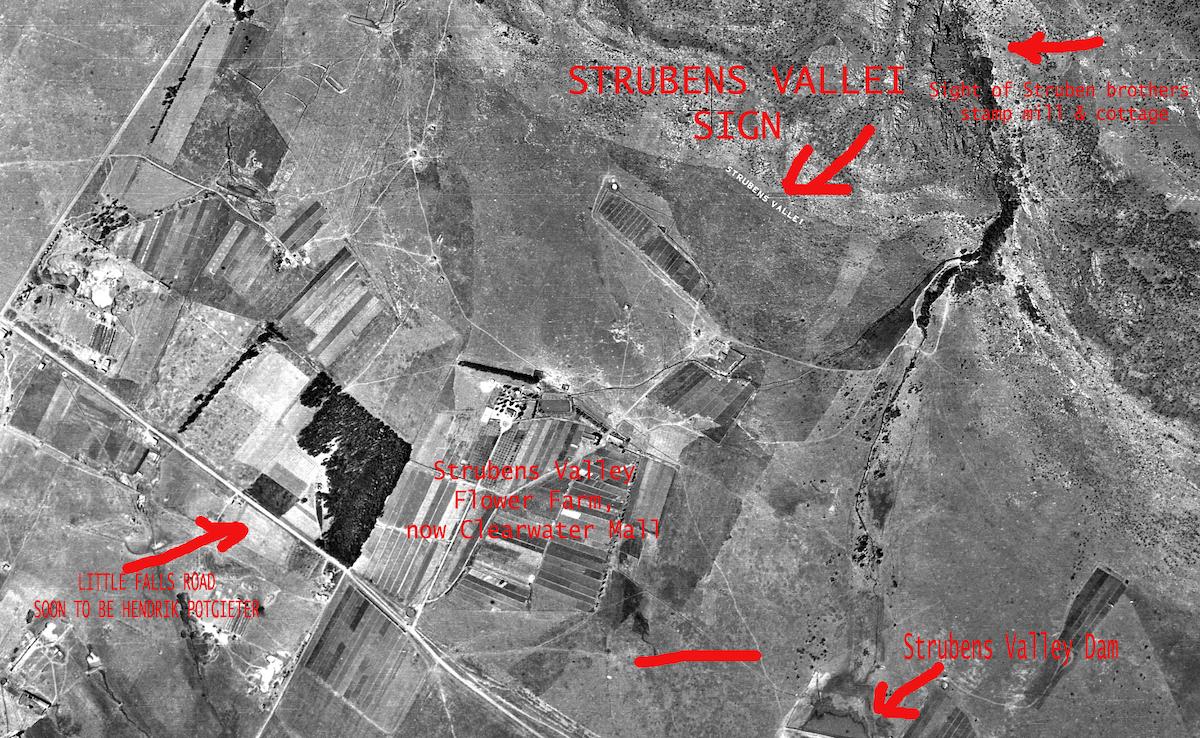 The Strubensvallei sign was illegally destroyed in the 1980s by town house developers. The Little Falls sign has been maintained over the years, by the Hadeco flower farm and often by the Boy Scouts. It is a unique heritage site.

About the author: Rod Kruger is the historian at Kloofendal. He has written prolifically about the history of mining, the Struben brothers and the history of the West Rand.