Winnie's pain and torture in prison 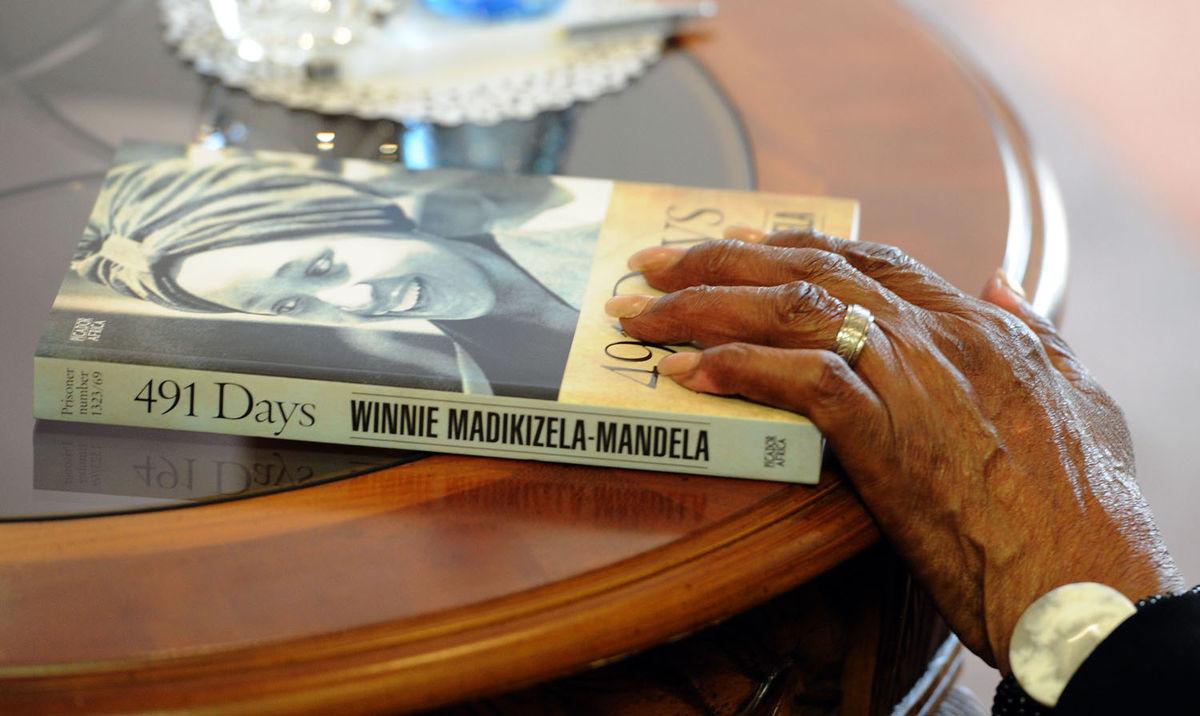 In the article below, well-known writer Lucille Davie unpacks some of the complexity behind the life and personality of Winnie Madikizela-Mandela. The piece was written on 23 August 2013 for the Media Club South Africa website shortly after the publication of Madikizela-Mandela's book 491 Days: Prisoner number 1323/69. Click here to view more of Davie's work.

Winnie Madikizela-Mandela felt particularly close to her jailed husband, Nelson, in October 1970, after she was released from serving 491 days in solitary confinement. She wrote to him on 26 October, saying: "In a way during the past two years I felt so close to you. It was the first time we were together in similar surroundings for that length of time. Eating what you were eating and sleeping on what you sleep on gave me that psychological satisfaction of being with you."

She was responding to his letter of 1 October, which read: "I had to wait for 2 weeks before I could send you my warmest congratulations for serving 491, and still emerge the lively girl you are, and in high spirits. To you and your determined friends I say welcome back! Were I at home when you returned I should have stolen a white goat from a rich man, slaughtered it and given you ivanya ne ntloya [leftover traditional beer and sour milk] to down it. Only in this way can a beggar like myself fête and honour his heroes."

Nelson was 52 years old at the time, and had served six years of his life sentence for sabotage, together with seven of his colleagues. Winnie was 36 years old, and had experienced many spells in detention, but the longest was the 491 days.

When he was imprisoned on Robben Island in June 1964, her life changed radically. "The first few weeks and months after Nelson was gone, that was utter hell. Solitude, loneliness, is worse than fear – the most wretchedly painful illness the body and mind could be subjected to," she recounts in her 1985 autobiography, Part of my Soul Went with Him.

She describes the pain and deprivation she endured during those 491 days in detention in a new book entitled 491 Days, Prisoner Number 1323/69, a record of her journal kept during the 16 months she spent in jail, as well as letters to and from herself and Nelson, and others. 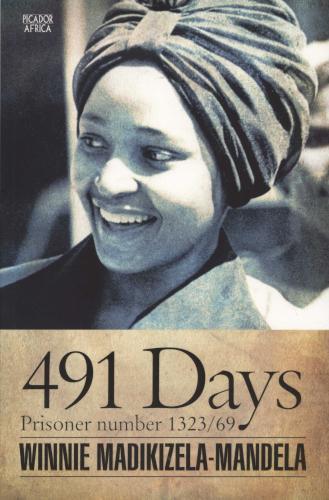 The journal and papers were discovered recently by Greta Soggot, the widow of David Soggot, who was one of Winnie's advocates during the 1970 trial. Extracts may be downloaded from the Mandela Cente of Memory website.

From the moment of her marriage to Mandela in 1958, Madikizela-Mandela was doomed to decades of harassment, imprisonment and torture at the hands of the apartheid security police. It started in 1958, when she was detained for her participation in a women's anti-pass campaign.

Winnie was born Nomzamo Winifred Zanyiwe Madikizela in 1934 in the Bizana district of the former Transkei, the fifth of eight children. Her parents, Columbus and Gertrude Madikizela, were both teachers. Her mother died when she was 10, and she soon took over the domestic duties – caring for her younger siblings and her father. Madikizela-Mandela attended school where her father was a history teacher. She learned Latin and English, science and maths, and she became his favourite child. In 1952, she arrived in Johannesburg to study to be a social worker, doing her training at Chris Hani Baragwanath Hospital in Soweto.

Winnie approached the returned journal with some apprehension. She says in the epilogue: "When the pages that make up this journal were returned to me after so many years I did not want to read them. I was afraid. There are memories you keep in a part of your brain; it is part of those things that hurt so much you do not want to remember."

She, along with other anti-apartheid activists, had been detained under Section 6 of the Terrorism Act, a new act which allowed for indefinite detention and indefinite interrogation. On 12 May 1969, the police knocked on her door in Orlando West about 2am, arresting her. She took with her a bag that was always packed for just these moments. Her daughters, Zindzi and Zeni, who were just eight and 10 at the time, clung to her skirt, crying: "Mummy, mummy don't go."

She describes the conditions in prison. "You are imprisoned in this little cell. When you stretch your hands you touch the walls. You are reduced to a nobody, a non-value. It is like killing you alive. You are alive because you breathe. You are deprived of everything – your dignity, your everything," she writes.

Despite Winnie's strength of mind and fierce fighting spirit, she became extremely ill during her 491-day stay in prison, the result of long months of solitary confinement and the poor diet, which often consisted of porridge with maggots in it. She suffered chest pains, palpitations, body spasms, haemorrhaging, loss of appetite and chronic weight loss.

She was admitted to hospital several times. Then she decided on a new course of action. "I decided I would commit suicide but would do so gradually so that I should die of natural causes to spare Nelson and the children the pains of knowing I had taken my life," she wrote in April 1970. "I thought there would be no better method of focusing the world attention on the terror of the Terrorism Act than this."

Her illness continued, until she was taking 12 drugs daily, but she never carried out her decision, although the feeling lingered. "I was so happy at times I fell asleep and hoped I would not get up the following day even if I had not gone as far as the hospital, I did not care anymore."

After five sleepless days and nights of continuous interrogation, she signed a confession. Finally, in October, she appeared in court with 21 others, charged under the Suppression of Communism Act and the Unlawful Organisations Act, including furthering the aims of the ANC and conspiring to commit sabotage. The charges were withdrawn, and her confession was never produced in court.

But as they were leaving the court, the police again arrested the group and returned them to jail. In August, they were charged with 540 offences, which were almost identical to the previous charges. On 14 September, the charges were dropped and they were free to go. Two weeks later, Winnie was served with a five-year banning order and was placed under house arrest.

She survived solitary confinement but also endured shorter spells in prison. "Solitary confinement was designed to kill you so slowly that you were long dead before you died. By the time you died, you were nobody. You had no soul anymore and a body without a soul is a corpse anyway. It is unbelievable that you survived all that," she writes now. 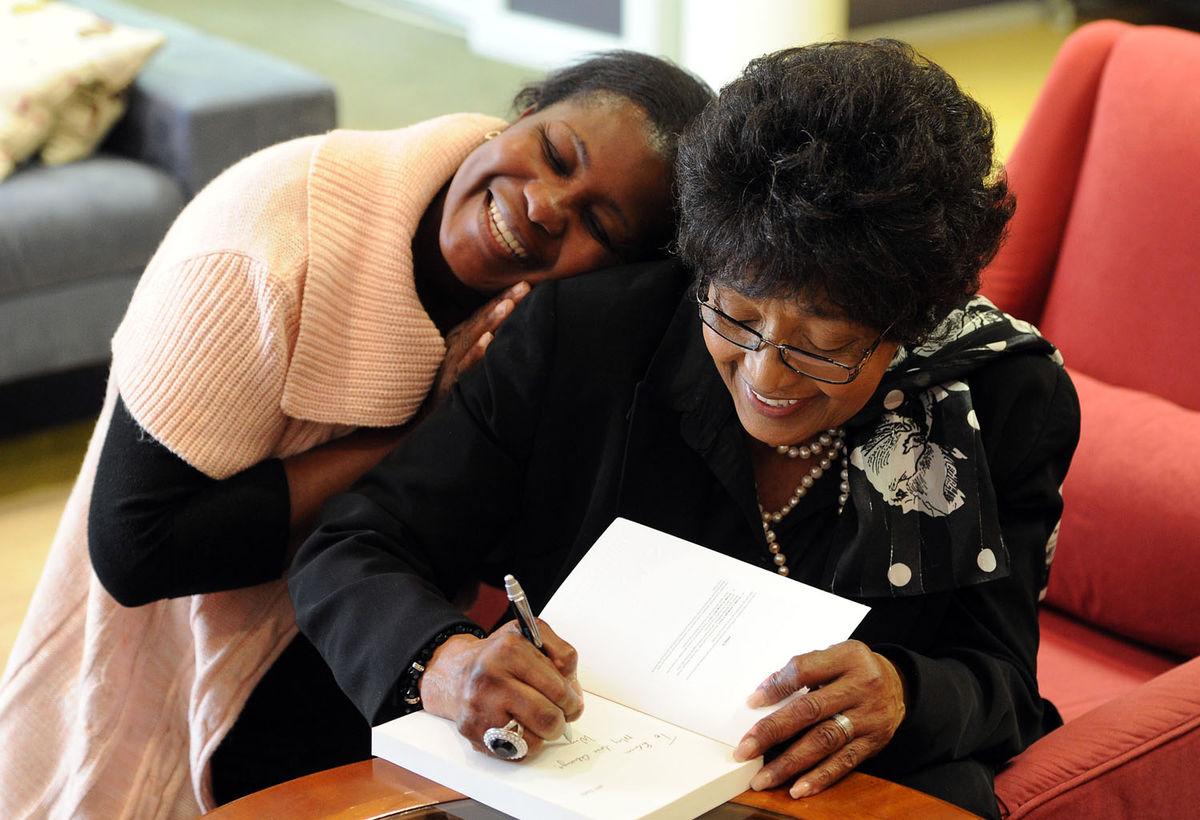 Winnie's life of bannings and imprisonment started in 1962, four years after she married Nelson. She was banned and restricted to Johannesburg for two years in 1962, the same year in which Nelson was sentenced to five years in prison for leaving the country illegally and organising a mass stayaway.

In 1973, she was sentenced to 12 months suspended for three years for having lunch with her children in a vehicle in the presence of a banned person. The sentence was reduced on appeal to six months, which she served at Kroonstad prison. In 1976, she was detained without trial for four months after the June 16 Soweto uprising, in which marching schoolchildren were fired upon by the police, and some 500 died across the country on the day.

In 1977, her banning order was renewed for five years – in 13 years, she lived for only 10 months without a banning order.

Then, in May 1997, in a devastating move, she was banished to Brandfort, a tiny town in Free State province, some 200 kilometres from Johannesburg, with her 16-year-old daughter, Zinzi. She lived in a small box house, with "no running water, no electricity, and the house had no floors or ceilings. The town was hostile, and the people spoke mainly Sotho, Tswana or Afrikaans, and hardly any Xhosa, which was Winnie's home language," says Sheila Meintjies in a 1998 report, Winnie Madikizela Mandela: Tragic figure? Populist tribune? Township tough?

But Winnie wasn't daunted. Carrying a bucket of cold water back to the three-roomed house, she showed she still had style. "She might have looked despondent, but it didn't show. Instead she looked superb, wearing a smart skirt and jersey, a fashionable pair of boots, and a silk hat on her head," recounts Emma Gilbey in The Lady, The Life and Times of Winnie Mandela, published in 1994.

She opened a clinic and a crèche, and initiated feeding schemes for the young children of Brandfort, where she lived for nine years.

But she defiantly returned to Soweto in 1986, where she formed the Mandela United Football Club – the members, in effect, were her personal bodyguards. In 1991, she was charged and convicted for the assault and abduction of 14-year-old activist Stompie Seipei. She received a six-year sentence which was reduced to a fine of R15 000 and a suspended sentence. Seipei was later found murdered, and Jerry Richardson received a life sentence for his murder.

Perhaps she herself offers an explanation of what went wrong: "Throughout the years of oppression, I think my feelings got blunted because you were so tortured that the pain reached a threshold where you could not feel pain anymore. If you keep pounding and pounding on the same spot the feeling dies, the nerves die," she writes in 491 Days.

Today, Winnie Madikizela-Mandela continues her political service to the ANC – she serves on the National Executive Committee – and she is a member of parliament.