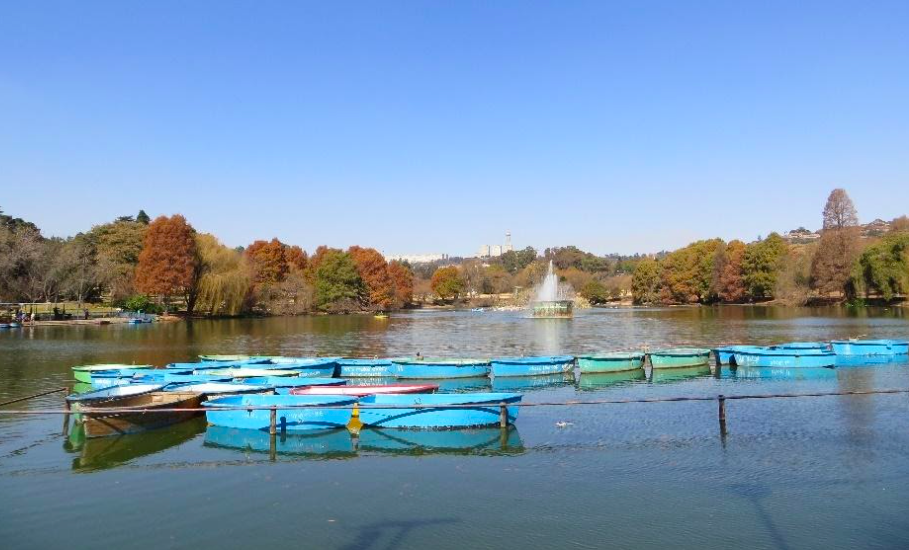 In December 2021, the Johannesburg Heritage Foundation and Fran Haslam of Zoo Lake welcomed the installation of a second blue plaque at the Zoo Lake, commemorating the centenary of the Lake. The new plaque, installed on an original giant quartzite rock, gives far greater prominence and visibility to this Johannesburg beauty spot. The Zoo Lake area has been a much loved and well used city green lung for over a century and has always been open to all people. 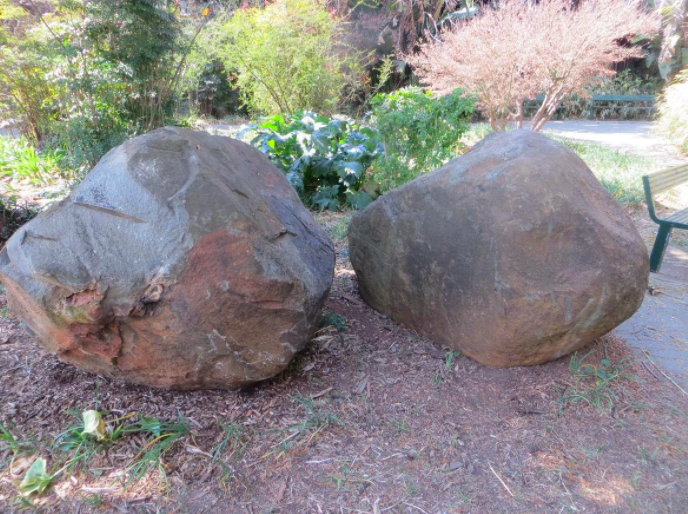 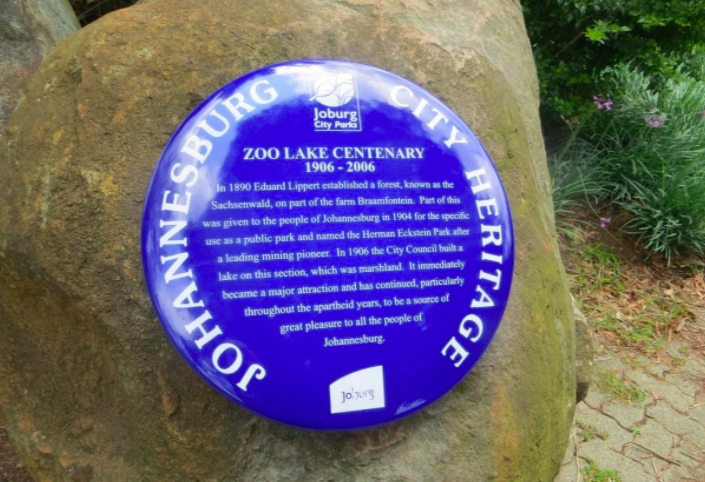 The inscription on the blue plaque reads as follows:

In 1890 Eduard Lippert established a forest, known as the Sachsenwald, on part of the farm Braamfontein. Part of this was given to the people of Johannesburg in 1904 for the specific use as a public park and named the Herman Eckstein Park after a leading mining pioneer. In 1906 the City Council built a lake on this section, which was marshland. It immediately became a major attraction and has continued, particularly throughout the apartheid years, to be a source of great pleasure to all the people of Johannesburg.

It was a welcome vote of confidence and gesture of support by Eric Itzkin from the City Council and the plaque falls within the series Johannesburg City Heritage. 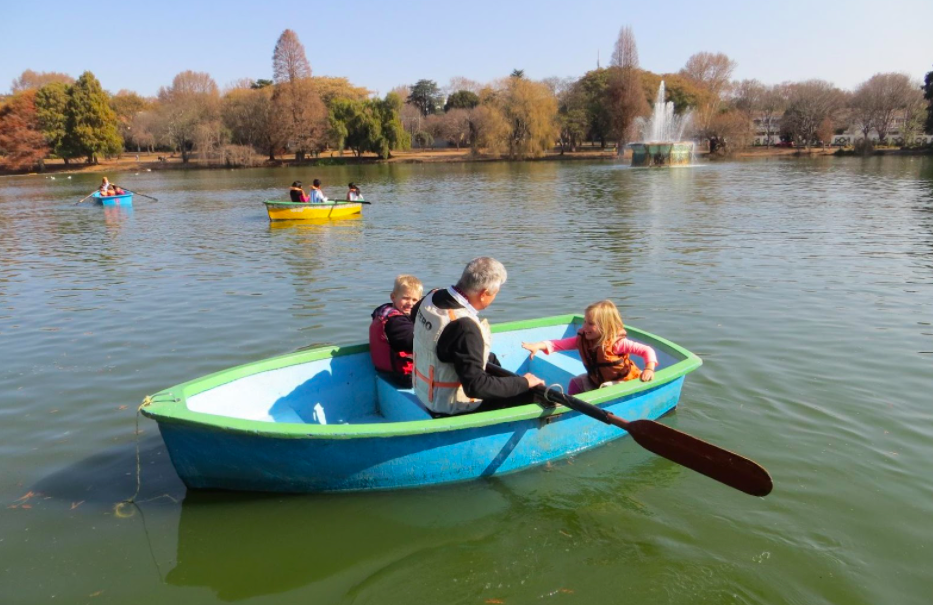 Boating at Zoo Lake. The Coronation Fountain in the background was a 1937 celebration of the Coronation of King George VI, the father of the present Queen. (Kathy Munro)

It is often forgotten that there are two blue plaques placed against the Boat House of the Zoo Lake. These two plaques date back to 1986 when they were part of a series of 100 blue plaques - JHB 100, marking the most visible and popular 100 historical landmarks of the City of Johannesburg. The plaques were in English and in Afrikaans and were erected by the Simon van der Stel Foundation, a body who together with the Parktown and Westcliff Heritage Trust promoted the blue plaque concept. Some 35 years later, blue plaques have become popular and are an instantly recognizeable symbol of heritage in the City. There is a history behind each blue plaque and the Zoo late itself. 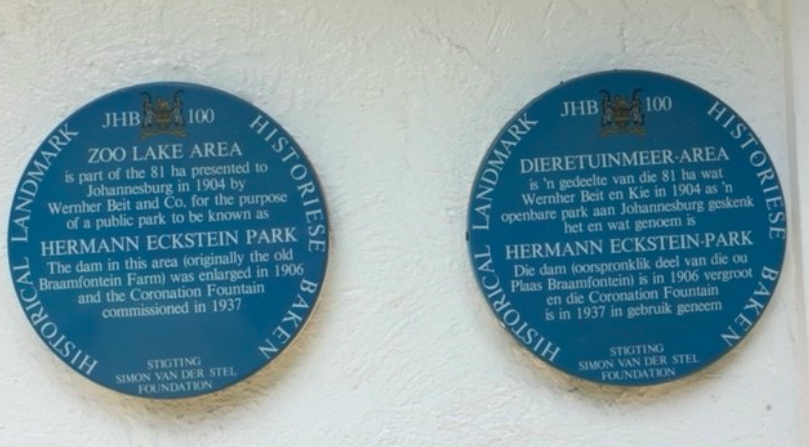 The Zoo Lake has a long history of serving Johannesburg - it has been an appreciated green lung for generations. It is a park that is a prime amenity for the nearby suburbs of Parkview, Parkwood and Saxonwold but it has never been an exclusive park. It is there for all to enjoy. It is a much loved place and the Johannesburg equivalent of the great parks of London such as Hyde Park or Paris and its Tullieries garden. In Johannesburg, Zoo Lake is the place of picnics, art in the park, music festivals and public concerts, a children’s play ground, fetes and celebrations. There is the annual cycle of Jazz on the Lake and Carols by Candlelight. There is also a Zoo Lake Sports Club and a Zoo Lake Swimming Pool.

Joggers walk and families meet for sun filled reunions. Children delight in feeding the ducks. There are pleasure boats available for an hour out on the water. A walk around the lake brightens the day. There are wandering sellers of balloons and candy floss. The Zoo Lake is a weekend institution. 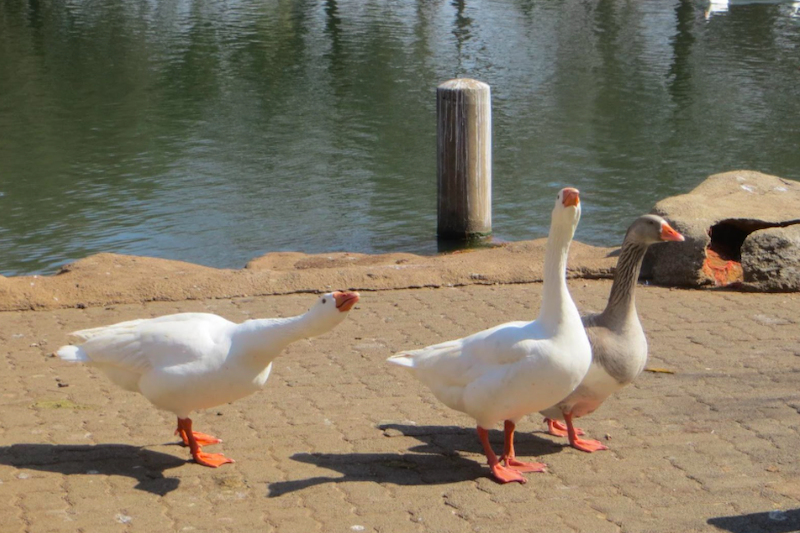 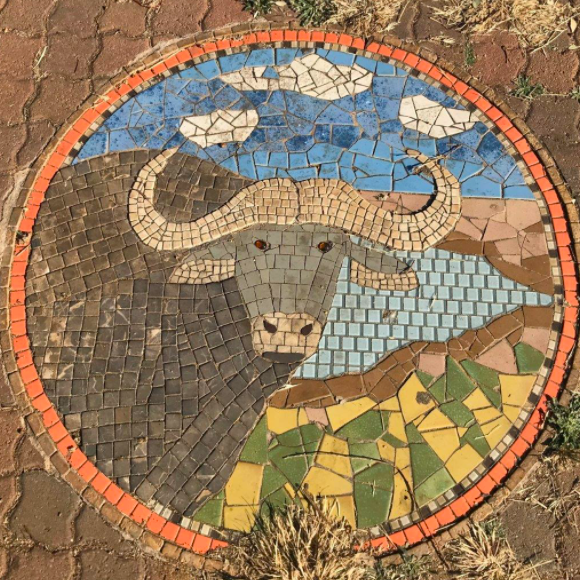 A series of mosaic art works has been installed along the pathway on the eastern side of the Zoo Lake. Another life enhancing positive. (Diana Steele) 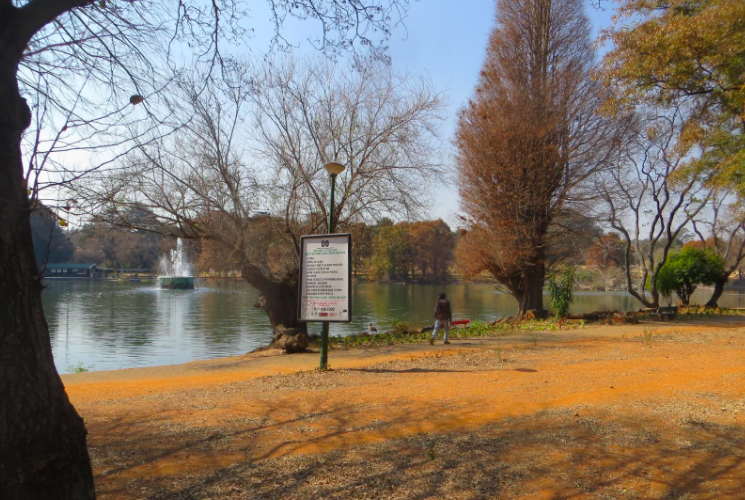 We welcome the new blue plaque and thank the City of Johannesburg for coming to present it. It is a ray of hope for 2022!